Federal agents contend that a Pennsylvania man tried to work with al Qaeda in a plot to blow up the Alaska pipeline, another pipeline in Pennsylvania and a refinery in New Jersey, according to a published report.

Michael Curtis Reynolds, 47, has not officially been charged with terrorism, but a prosecutor at a hearing said that Reynolds tried to "provide material aid to al Qaeda" and that the case "involves a federal offense of terrorism," The Philadelphia Inquirer reported in its Sunday editions.

CBS News correspondent Randall Pinkston reports that a tip from Shannen Rossmiller - a judge from Conrad, Montana who in 2004 helped snare a Washington state national guardsman who was considering defecting to al Qaeda – was what pointed the FBI to Reynolds.

"Rossmiller was scanning terrorist websites when she noticed a post from Reynolds seeking $40,000 dollars to by fuel trucks to blow up refineries in New Jersey and Wyoming and a section of the Alaska oil pipeline," said Pinkston.

Posing as an al Qaeda banker, Rossmiller promised the money, set up a date and time for the rendeszvous near Pocatello, Idaho, and notified the FBI. They set up a sting.

At Reynolds's Pennsylvania home, federal authorities seized his computer and files that, according to a court document, spelled out his bomb plans.

Reynolds has been held without bail in a county jail since Dec. 5 on an unrelated weapons charge. 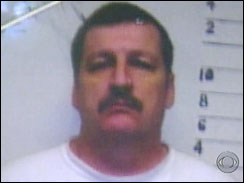 Bizarre story. I guess they were looking for another use of the OKC strategy: using a disaffected misfit who had no particular ideology but simply hated his country.

Ok, let's tell the terrorists we're listening in on phone calls and browsing the web. Nothing left but to send messengers across the wide opened border.

Bush must stop this senseless violation of our civil rights.

He voted for Kerry!

When are we going to start executing these guys? In earlier days I have do doubt that he would have been dealt with quietly and the public would not have known we had these enemies on our soil.

If execution is to harsh then lets outsource them to a Chinese prison. I'm sure with their human right record the terrorists will be treated appropriately.

"When are we going to start executing these guys?"