Two elected Democrats took the occasion of Martin Luther King’s birthday celebration on 16 January to give race-baiting speeches before black audiences. One did it because he is stupid. The other did it because she thinks blacks are stupid. Both dishonored the memory of King, who had a dream that “all God’s children would be judged not by the color of their skin, but the content of their character.”

In New Orleans, outside City Hall, Mayor Ray Nagin called for “black people … to come together. It’s time for us to rebuild New Orleans — the one that should be a chocolate New Orleans ... a majority African American city.”

Nagin further commented that “It’s the way God wants it to be . You can’t have New Orleans no other way.” While he was in the process of reading the Almighty’s Mind, he added, “Surely God is mad at America. He sent us hurricane after hurricane after hurricane, and it’s destroyed and put stress on this country.” And he added, “Surely he doesn’t approve of us being in Iraq under false pretenses. But surely he is upset at black America also. We’re not taking care of ourselves.”

Mayor Nagin quickly realized that his comments were both stupid and racially offensive. He apologized for them by the end of the week. Not so with the other example of “chocolate” thinking.

At the Martin Luther King Day celebration held at Reverend Al Sharpton's National Action Network in New York, Sen. Hillary Clinton, who had launched into an impassioned attack on the Bush administration. “We have a culture of corruption, we have cronyism we have incompetence I predict to you that this administration will go down on history as one of the worst that has ever governed out country.” (Apparently, she was asleep during the Clinton Administrations in Little Rock and Washington.)

But the most notice for her speech came from this comment, made to pander to her dominantly black audience: She said, “When you look at the way the House of Representatives has been run, it has been run like a plantation and you know what I'm talking about..."

For starters, the House has 435 Members, which makes it a mob, rather than a deliberative body. If anything, the Republicans have been less draconian in running the House since 1994, than the Democrats were, the previous 40 years. So, even without the playing of the race card, her statement was factually false, and she knew it. But it wasn’t her point to be accurate.

Hillary Clinton, like Ray Nagin, believes that black voters are too stupid to see through their lies. Now the Mayor makes false statements because he, too, is dumb. That is not true of the Senator. She knows exactly what she is doing.

Unless Rudy Guilliani comes in to run against her, Clinton’s reelection campaign as Senator from New York will be a cakewalk. But, she’s looking beyond that. She’s looking at running for President in 2008. She’s done the math. She probably has a lock on the Democrat nomination, if she chooses to take it. But she has no chance of winning the general election and being elected President, unless African-American voters turn out in droves, and vote for her in the 90% range, as they did for her husband.

Hillary Clinton knows she needs to yank the chain, crack the whip, get those black voters back in line before 2008. And she has calculated that race-baiting, rather than discussions of what is good for the black community, is the way to go. After all, she could not focus on a critical subject like schools, since the Democrats (and the national and state “edukashun” associations) have continued the ever more expensive dumbing down of American public schools. And those most hurt by that are black parents and their children.

So, Hillary being a smart woman, she chooses race baiting as her tactic. And unlike Mayor Nagin, she has zero intention of apologizing for her words. Even though the purpose of these two politicians is the same – trick black voters into supporting me again – their “chocolate” minds are quite different.

He made his remarks by accident, and has apologized. She made hers on purpose, and will never apologize. He is merely a buffoon, who may not be reelected. She is a threat to the safety of the nation.

About the Author: John Armor is a First Amendment attorney and author who lives in the Blue Ridge Mountains of North Carolina. John_Armor@aya.yale.edu

I thought y'all would appreciate how I connected and compared the two, in this week's column for the Net.

To: Congressman Billybob
"We have a culture of corruption, we have cronyism we have incompetence I predict to you that this administration will go down on history as one of the worst that has ever governed out country"

Nah, too other dementacrats, coincidently ones that go by "nicknames"; Bill and Jimmy, have that slot already locked up.

This idiotic woman has repeated this rhetoric in her head so many time she actually believes the dim's hypocritical propaganda to be the truth. Josef Goebbels would have been proud.
5 posted on 01/22/2006 1:19:55 PM PST by stm
[ Post Reply | Private Reply | To 1 | View Replies]
To: Congressman Billybob

This author is interesting- a conservative who went to Yale? I'm amazed anybody worthwhile has come out of that liberal cesspit since GWB..

6 posted on 01/22/2006 1:23:32 PM PST by stormlead
[ Post Reply | Private Reply | To 1 | View Replies]
To: Congressman Billybob
Of course The Smartest Woman in the World ® has no intention of apologizing. That's why she trotted out Obamasama the Dale attack dog to "clarify" (translation: completely change the meaning of in the hopes the public will forget what she REALLY said) statements.
7 posted on 01/22/2006 1:30:31 PM PST by cake_crumb (Leftist Credo: One Wing to Rule them All and to the Darkside Bind them)
[ Post Reply | Private Reply | To 1 | View Replies]
To: stormlead
"This author" is me, Congressman Billybob. And I got my honorable discharge from Yale the spring before George Bush arrived. It was a different world then.

"What you talkin' about, Hillary?"

Obama is Hillary's lap dog!!! Sorry, I meant man-servant, you know like in "slave"!!! Blacks are used to being kept in economic/opportunity slavery by the Democrat Party. Obama is just serving his loyal master.

11 posted on 01/22/2006 1:38:34 PM PST by JLAGRAYFOX
[ Post Reply | Private Reply | To 7 | View Replies]
To: Congressman Billybob
I forget who I was listening to on the radio Saturday night, maybe it was John Gambling, but anyway they were talking about Hellarys plantation remark, and how she at the end put on the southern accent..."The house of Rep is run like a plantation,.. if ya`ll know whut I meeeyn"..and how condecending and racist it was towards blacks.. like she assumes blacks can`t relate or understand what she is saying unless it is spoken in a southern accent, and I was thinking how similar this all was to John Skerry. When he was campaiging, he would without fail always give the black power sign with his fist when around someone who was black or was speaking to a black audience, as if blacks can`t relate to whites unless the black power sign is given, and nobody says ANYTHING about this! It`s absolutely unreal the crap they get away with.

Here it is, I found one of his displays...

Correction...BOTH OF THEM ARE STUPID BUFFOONS!!!

By the time he was 22 Frizzell Gray had fathered five children out of wedlock.

The problem was never about saying he wanted a majority African American New Orleans. It has been that way for years and that doesn't bother anyone from the city. The insult was when he put down the white population, specifically the contribution of the uptown neighborhoods which is the only thing holding the city together at this point in time. THAT was the insult, not the stupid chocolate remarks. 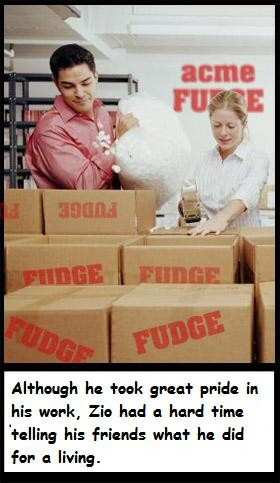 I disagree with one part and that is that everyone is not giving John Spencer 1 chance in hell of beating Hillary for the 06 senate seat. Well, free republic ought to get on board and support John Spencer and stop talking about Hillary! He's a good guy who needs every ounce of support we can give him (I sent in my $25.00 on friday to his campaign).

She is a threat to the safety of the nation.