Even a much-hyped giant gorilla, a geisha and a schoolboy magician won't be able to create a happy ending at the US box office, as Hollywood ends its most disappointing year in nearly two decades. Plunging movie ticket sales, after a string of uninspiring remakes and movie sequels coupled with an explosion of the DVD and video game markets, are keeping audiences at home and have sent Hollywood into a deep existential crisis. "This industry is facing significant challenges said Jack Kyser, chief economist of the Los Angeles County Economic Development Corp, a business support and research body.

Ticket sale revenues dropped five percent in the first 11 months of 2005 while the number of Americans going to the cinema fell by 6.2 percent compared with the same period in 2004, according to box office trackers Exhibitor Relations Co Inc.

The result is Tinseltown's most disappointing box office performance in 15 years as audiences, dazzled by their entertainment choices and disappointed by the mediocre films on offer, turned away from the cinema in droves.

Even the late November and December releases of blockbusters "Harry Potter and the Goblet of Fire," "King Kong", "Chronicles of Narnia: The Lion, The Witch and the Wardrobe" and "Memoirs of a Geisha" are unlikely to turn around the downward trend.

"It's not just a slump in box office, but also in sales of DVDs," Kyser told AFP. "This is mainly because of unattractive movies that don't appeal to young male audiences, the cost of movie tickets, parking, the shrinking window a movie's theatrical and DVD releases.

In addition, Hollywood faces a major external threat: runaway production costs, the growing trend of movie producers to shoot in places such as Canada, Australia and New Zealand to cash in on much lower staff and production charges.

"Some studios are doing some moderate lay offs. LA's future is at stake," Kyser said, demonstrating the depth of despair in the nine-billion-dollar a year industry.

Industry movers are battling to isolate the true causes of the slump, crossing their fingers that the big-budget money-spinners up Hollywood's sleeve will help ease the pain.

"Is it the movies? Is it the ticket prices? Is it because home theater and DVD?," pondered Exhibitor Relations Co's chief Paul Dergarabedian."I think is it because all this happening at the same time, it is a combination of facts."

But he was optimistic for the future of the industry, saying that when Hollywood does dish up a good film, audiences still go rushing to see it.

"'Harry Potter' is showing that people still want to go to the movies but still they need a good reason to go," Dergarabedian told AFP.

The fourth film of JK Rowling's cult novels opened on November 18 and has so far raked in 244 million dollars, making it second most successful film of 2005, behind "Star Wars: Episode III -- Revenge of the Sith".

"When a good movie strikes, people go to the theatres," said Dergarabedian.

But the successes were few and far between in 2005.

Other fizzlers that did not recoup their budgets included the much-touted sci-fi flop "The Island," which hauled in only 35 million dollars, while Jamie Foxx's military drama "Stealth" bombed with a US and Canadian haul of 31 million dollars. It quickly disappeared from screens.

"Movie goers are very picky and they want the price of the ticket to be worthwhile, the studios had to offer more," said Gitesh Pandya of movie industry tracker Box Office Guru.

"There should be more creativity and new ideas, not just sequels and remake. Let's hope Hollywood listens to the audiences," he added.

TOPICS: Business/Economy
KEYWORDS: barebackmountain; boxoffice; harrypotter; hollyweird; hollywoodleftists; homosexualagenda; narnia Navigation: use the links below to view more comments.
first 1-20, 21-40, 41-60, 61-80 ... 341-349 next last
"This is mainly because of unattractive movies that don't appeal to young male audiences, the cost of movie tickets, parking, the shrinking window a movie's theatrical and DVD releases.

Hate to break it to you Hollywood, but most of the young male audiences that you seek, are not gonna run out to see two gay cowboys either. No matter how many awards you nominate it for.
1 posted on 12/13/2005 11:34:36 AM PST by Millee
[ Post Reply | Private Reply | View Replies]
To: Millee

Call it the Passion of the Christ hangover. The only movie I have been to in the past few years (and I saw it twice).

maybe they should consider movies worth seeing???

Dear NG,
Go see "Wallace and Gromit". It's clean and a laugh out loud movie with some, but not alot of PC. The Passion was a great movie.

Every Year they record, record profits. Every year they bitch about drop in ticket sales.

I don't mind people being filty rich. That's capitalism. I do resent them bitching about not making enough money. That's bitchism.

The problem isn't the lack of blockbusters...its the fact that Hollywood has lost the art of the B movie. Those enthusiastic but cheap films that usually had some old actor desperate to stay in film, surrounded by no names pulled straight from the talent agencies, and then mixed with simple plots and cheap special effects.

Note to Hollywood - Expand your audience pool past young males.

Two queer cowboys making out on the screen--yuck! Spreading the queer agenda is not what I would spend my money on. Further, H'weird needs to reign in their spending habits, money paid to so-called "stars" and the price of the box office ticket. In the past 7 years, I've attended about 5 movies. Who wants to pay good hard earn money to see a movie that's mediocre at best and overpriced just to keep the "stars" in their fancy houses and maintain their awful lifestyle. 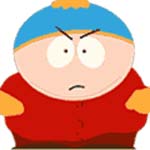 11 posted on 12/13/2005 11:41:04 AM PST by The Old Hoosier (Right makes might.)
[ Post Reply | Private Reply | To 1 | View Replies]
To: Millee
"Is it the movies? Is it the ticket prices? Is it because home theater and DVD?," pondered Exhibitor Relations Co's chief Paul Dergarabedian."I think is it because all this happening at the same time, it is a combination of facts."

When you add that all up, movie studios are doing just fine. In fact, many would say they are doing better than ever.

I have always loved W&G. Consider it done. I will even take my family (I wouldn't let my children see the Passion but plan to take them when the are old enough and after we review the gospel stories of Christ's death).

What to do? Quick-----more remakes!!! Still not doing it? How about more movies based on video games!!! What? People still aren't flocking to theaters??? Quick----put out a gay cowboy movie!!!

There's almost nothing that Hollywood is producing now that appeals to males between the ages of 18-45.

Where's my Indiana Jones for action and adventure? The Bourne movies are OK replacements for this, but Matt Damon hurts himself here by running his big mouth like Ben Affleck.

Where's the sci-fi action films? Star Wars is done now and it wasn't Hollywood to begin with, anyway.

Where are my fantasy action/adventure films? Now that Lord of the Rings has run its course, there is no replacement on the horizon. I don't think Narnia will be up to the LotR quality.

17 posted on 12/13/2005 11:43:00 AM PST by xrp (Conservative votes are to Republicans what 90% of black votes are to Democrats (taken for granted))
[ Post Reply | Private Reply | To 1 | View Replies]
To: Millee
This is mainly because of unattractive movies that don't appeal to young male audiences,

I saw Harry Potter yesterday. I had not been in a theatre since the release of the last of the Ring trilogy. I thought the Harry Potter movie was great. However, I was reminded of one of the reasons I seldom go to the movies when I paid $9.50 for a bag of popcorn and a medium sized Diet Coke.