I was watching MSNBC a few nights ago, or maybe it was CNN, and one of the program’s featured shots was a live picture from Bourbon Street in New Orleans. It was packed and the people were sassy and partying – normal, in other words.

Indeed, the commentator used that, very word and stressed the importance of it. He said it again – New Orleans is returning to normal.

How depressing it was to hear that because of all things we want for that city, we should not ever again want it to be its old normal self. Normal – in the context of what New Orleans used to be – meant not just a good time in the French Quarter. It meant severe and cruel poverty for a significant portion of the population.

We only got to meet that latter group in the aftermath of Hurricane Katrina. Through stark and dramatic photos, we saw their misery, and we could also see the wretchedness that had embraced their lives even before the storm hit.

I love Bourbon Street as much as the next person, and I’m glad to see it up and running. Hooray for those who want to rebuild their businesses and bring tourism back.

But let’s not forget the lesson the hurricane taught us: the region needs not only a new levee infrastructure but a new economic infrastructure that can provide the area’s poor with a decent and better life.

As disastrous as it was, Katrina offered up a great opportunity for a social experiment, for a new and creative War on Poverty.

Unfortunately, as the nightly news shifts its focus from the poor-flooded neighborhoods, the opportunities before us are fast being gulped away, like a quick Jack and Coke on Bourbon Street.

Our country will spend more than $200 billion in Katrina recovery efforts, we know that much. But how will it be spent? Unfortunately most of it is going not to needy individuals but to big corporations for large-scale construction projects, many of them based nowhere near the Gulf Coast.

In other words, the Bush administration is applying the trickle-down approach to aid, rather than providing needy people with the direct help they need.

A better way to approach rebuilding would be to guarantee for a period of two or three years the incomes of those who lost their jobs in the disaster. If we took just that small step, the economic and social benefits would be enormous.

Those who lost everything would be able to return home and provide continuity for their children. The money would be pumped into local economies, accelerating economic recovery and re-establishing vital community centers. New businesses would be started, and the wage subsidies would help guarantee the employment of the local population.

The cost for all this bounty? A drop in the bucket.

It is estimated that about 400,000 jobs were lost. Even if those jobs averaged $30,000 a year, the price tag would be $12 billion, or $24 billion if extended to two years. That’s only about 10 percent of the federal dollars expected to be spent, and probably less since new cost estimates are edging closer to $300 billion than to $200 billion.

If the grand experiment worked – and I think it would – then the country should take the next logical step: a guaranteed annual income for every American. The minimum should be enough to guarantee that no American would ever again be called poor.

Ah, in the words of John Lennon, “you may call me a dreamer,” but I hope someday “you’ll join us.” Consider just who some of the “dreamers” have been:

Well, as one might expect, there was the social reformer Michael Harrington.

“Even in a society based on private economic power, the Government can be an agency of social, rather than corporate, purpose,” Harrington wrote in 1968. “This does not require a fundamental transformation of the system. It does, however, mean that the society will democratically plan ‘uneconomic’ allocations of significant resources.”

Sounds radical, doesn’t it? But guess who came to the same theoretical conclusion and specifically endorsed a guaranteed national income?

A lot of conservatives, that’s who.

Actually, there was broad support for the idea beyond the liberal left. The conservative economist Milton Friedman endorsed the concept as early as 1962, and in 1968 1,300 economists signed a petition urging Congress to pass a national system of income guarantees and supplements.

President Richard M. Nixon joined the parade in 1969 with his Family Assistance Plan.

Now, it’s true, Nixon’s plan was skimpy and fell far short of what was needed. But that really is beside the point. What was important was that, had it passed, it would have codified in law the principle of a legal end to poverty, if not of a living wage.

Simply put, by the late 1960s, Democrats and Republicans alike were not really debating whether there should be a guaranteed annual income but the level at which it should be set. Compare that to today, when politicians of both parties avoid debates about the precise role of the federal government in abolishing poverty and engage instead in a debate about whether there should be any federal role at all.

Let’s be frank. Today, unlike in the 1960s, most Democrats and Republicans are quite content to let the poor starve, and that shows just how fundamentally the political paradigm has shifted in the past 40 years.

Back then, New York Times columnist James Reston understood the importance of the GOP’s philosophical acceptance of the idea. In 1969 he wrote:

“The main thing about President Nixon’s proposals for dealing with poverty in America is that he recognizes the government’s responsibility for removing it. He has been denouncing the ‘welfare state’ for 20 years, but he is now saying that poverty in America in the midst of spectacular prosperity is intolerable and must be wiped out ... A Republican president has condemned the word ‘welfare,’ emphasized ‘work’ and ‘training’ as conditions of public assistance, suggested that the states and the cities be given more federal money to deal with their social and economic problems, but still comes out in the end with a policy of spending more money for relief of more poor people than the welfare state Democrats ever dared to propose in the past. This is beginning to be the story of American politics ...”

Unfortunately, Reston was wrong; it was more like the end of the story in American politics. At the moment the columnist was penning those words, a new and potent laissez-faire force was gaining ascendancy within the Republican Party, and these days it has pretty much gained ascendancy within the Democratic Party, too.

The domination by laissez-faire politicians – always extolling the virtues of private mostly nationally controlled monopolies over the value of decentralized and local democratic planning, no matter what – that fundamental shift of the political paradigm is one reason why the Gulf Coast looked like a Third World country after Hurricane Katrina.

It’s because we are already a Third World country in most respects. Katrina didn’t so much create those conditions as expose them.

Sure, there are pockets of the middle class left, mostly in the suburbs, but they are voting themselves out of existence every time they cast a Republican ballot, and most every time they cast a Democratic ballot. They may get away with their living standards intact, but their children almost certainly will not.

We are once again in need of a paradigmatic shift in political thinking. The effects of Hurricane Katrina and the consequences of corporate governing are becoming obvious validations of that need.

In truth, the “disasters” we increasingly face are not random events, chaotic and unpredictable, but the absolutely predictable outcomes of the modern American political mindset.

Put bluntly, we need to fundamentally change the way we organize society. Instead of from the top down, as we do now, let’s for once give the bottom up a chance. A guaranteed income is one way to achieve just such a goal.

TOPICS: Editorial; Government
KEYWORDS: fairtax; flattax; guaranteedincome; miltonfriedman; minimumwage; negativeincometax; obamarecession; obamataxhikes; tanstaafl; taxcuts; taxreform; ubi; universalbasicincome Navigation: use the links below to view more comments.
first 1-20, 21-40, 41-60, 61-80, 81-88 next last
Even if those jobs averaged $30,000 a year, the price tag would be $12 billion, or $24 billion if extended to two years.

$24 billion, presumably $60,000 a year for a two income household, that's not much. I presume for doing nothing. We can eliminate "poverty", and work, all in one swoop.

COLA was one of DP Moynihan's "brilliant" ideas that Nixon played with for a time.

I'll settle for a 10 million dollar lump sum ... after all I AM entitled to it

Do that, watch prices go up to the point where $30k is equal to what you can get on welfare today.

If you guarantee everyone free money, all you are really doing (besides redistributing) is reducing the value of the money.

I'd go with the lumb sum too, but if no one is working, what will we buy with it?

I'm for it. For only $275 trillion, we could all have a guaranteed income of a fat mil a year. What could possibly go wrong?

6 posted on 11/08/2005 4:23:44 PM PST by Texas Federalist (Extremism in the defense of liberty is no vice. Moderation in the pursuit of justice is no virtue.)
[ Post Reply | Private Reply | To 1 | View Replies]
To: SJackson
Here we go again. The same old knee-jerk liberalism that's been rejected and debunked time and time again.

Anybody can make it in America. Anybody.

All I have ever wanted is a free pony.

Oh there will be plenty of things to buy ... at wally world

If $30m is the minimum wage, or welfare level, clearly wages will go up accordingly.

I feel so dirty just reading that drivel

The collective IQ just went down

So true...I made it, but I'll be glad to take more since it's only "the Government's money".

I have a much better idea: why don't we pass a law requiring this author to provide ME with a "guaranteed income" of, say, $200,000 per year. I promise to show more appreciation than most people ever do when on "the dole" and this Richard Moore character can feel he is doing a valuable social service by fully supporting me in the style to which I wish to become accustomed. I'll even give a higher % of my new income to charity than Algore or John Kerry ever did........ If Richard Moore refuses to support me, or stops paying out at any time, we can have him thrown in jail since that's what socialists like to do to anyone who doesn't fall in line and pay for their foolish schemes.

Me, too. I'd love that, gramps. Problem is that he'd only run away. 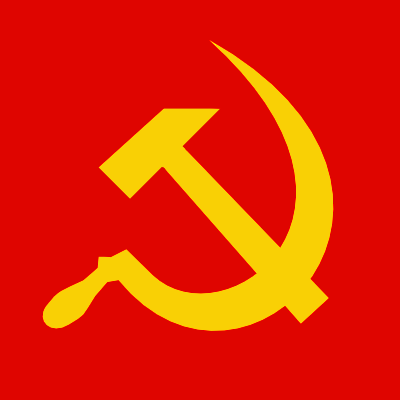 I did forget one thing ... (idiotic socialist mode off)

And who made it that way? Johnson and his raced-based give-away programs? The oversexed Kennedy Brothers with their insane immigration policy? The dirtbag MSM which loathes everything that is moral?

Strange, the poor people I know appear to be very well fed. I wonder who these starving poor might be.