At least 21 detainees who died while being held in U.S. custody in Iraq and Afghanistan were killed, many during or after interrogations, according to an analysis of Defense Department data by the American Civil Liberties Union (search). The analysis, released Monday, looked at 44 deaths described in records obtained by the ACLU. Of those, the group characterized 21 as homicides, and said at least eight resulted from abusive techniques by military or intelligence officers, such as strangulation or "blunt force injuries," as noted in the autopsy reports. The 44 deaths represent a partial group of the total number of prisoners who have died in U.S. custody overseas; more than 100 have died of natural and violent causes.

TOPICS: Foreign Affairs; Government
KEYWORDS: aclu; communism; enemywithin Navigation: use the links below to view more comments.
first 1-20, 21-40, 41-60, 61-65 next last
Never lose sight of what the Communist-front group that cleverly refers to itself as the American Civil Liberties Union is really all about and the reasons they issue the propaganda they do.

I believe in non-violent methods of struggle as most effective in the long run for building up successful working class power. Where they cannot be followed or where they are not even permitted by the ruling class, obviously only violent tactics remain. I champion civil liberty as the best of the non-violent means of building the power on which workers rule must be based. If I aid the reactionaries to get free speech now and then, if I go outside the class struggle to fight against censorship, it is only because those liberties help to create a more hospitable atmosphere for working class liberties. The class struggle is the central conflict of the world; all others are incidental

When that power of the working class is once achieved, as it has been only in the Soviet Union, I am for maintaining it by any means whatever. Dictatorship is the obvious means in a world of enemies at home and abroad. I dislike it in principle as dangerous to its own objects. But the Soviet Union has already created liberties far greater than exist elsewhere in the world. They are liberties that most closely affect the lives of the people — power in the trade unions, in peasant organizations, in the cultural life of nationalities, freedom of women in public and private life, and a tremendous development of education for adults and children...

[I]f American champions of civil liberty could all think in terms of economic freedom as the goal of their labors, they too would accept “workers’ democracy” as far superior to what the capitalist world offers to any but a small minority. Yes, and they would accept — regretfully, of course — the necessity of dictatorship while the job of reorganizing society on a socialist basis is being done
--ACLU Founder Roger Baldwin in a 1934 article in Soviet Russia Today

I'm dissapointed in our military. At this rate it's going to take forever to exterminate the vermon.

The Anti-American Communist Lawyers Union is one of the best friends the liberal Thugocrats have...

here's my ACLU Pledge Of Allegiance
I Pledge Allegiance to the Flag
Of The Socialist states of America
And to the collective for which it stands
A diverse nation, devoid of God
Multilingual
With health care and a living wage for all.

I remember when the ACLU went to Afghanistan and prostested the Taliban... < /s> And this would be a bad thing because...?

Yeah! And we got a whole graveyard full of dead people up the road from me.

What would we think if 20 Americans died during interrogations?

Isn't the ACLU supposed to be protecting the rights of Americans? Wonder what they are doing investigating prisons in Iraq and Afghanistan. Seems like they're going out of scope of their charter. 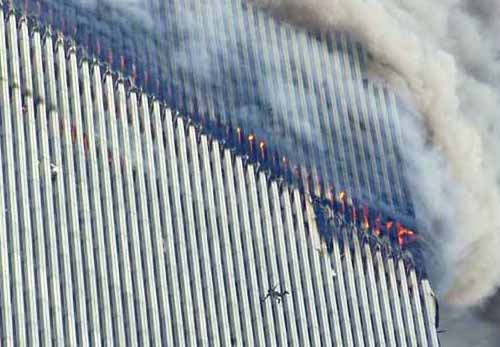 The detainees aren't Americans, the ACLU should mind their own business.

Sorry, this is a war. Bad things happen in war. If detainees know that death is a real possiblity, then we'll get information that could save American lives.

I'm ok with that.

What? No meat grinders? No beheadings? No raping and killing whole families? No genocide?

Our military really needs to be more efficient.

We would think that the Islamofascists were cutting off heads. Oh wait, they already are. Where's the ACLU on that? Why don't they file a lawsuit against Al Qaeda for cutting off heads and depriving people of due process?

17 posted on 10/25/2005 7:49:34 AM PDT by Mathews (Shot... Splash... Out!)
[ Post Reply | Private Reply | To 1 | View Replies]
To: Irontank
Where were you when these animals beheaded the people like Nick.. You scumbag ACLU..and where were you when Saddam along with his filthy sons murdered and raped people..Go away you horrible commies..