JERUSALEM – The U.S. had information indicating late PLO leader Yasser Arafat may have been a homosexual who preyed on teenage boys, the National Security Agency's former Palestinian analyst told WorldNetDaily.

The disclosure follows reports yesterday that secret medical documents reveal Arafat may have died of AIDS, with one Palestinian Authority doctor saying the virus appeared in Arafat's bloodstream.

James J. Welsh, who in the early 1970s monitored communications for the NSA related to Arafat's Fatah movement, said, "One of the things we looked for when we were intercepting Fatah communications were messages about Ashbal [Lion cub] members who would be called to Beirut from bases outside of Beirut. The Ashbal were often orphaned or abandoned boys who were brought into the organization, ostensibly to train for later entry into Fedayeen fighter units.

"Arafat always had several of these 13-15 year old boys in his entourage. We figured out that he would often recall several of these boys to Beirut just before he would leave for a trip outside Lebanon. It proved to be a good indicator of Arafat's travel plans. While Arafat did have a regular security detail, many of those thought to be security personnel – the teenage boys – were actually there for other purposes."

Arafat's Fatah and PLO organizations based themselves in Beirut after they were expelled from Jordan in 1970. The terror groups remained in Lebanon until Israel's military operations in the area in 1982.

Arafat died Nov. 11, 2004, at a military hospital in Paris. The official cause of death has not been released because French law prohibits distribution of medical records to anyone other than immediate family. Arafat's widow, Suha, has refused to divulge any details of his illness.

Yesterday, Israel's Haaretz daily published excerpts of a new book that states an analysis of a confidential pathology report from the French hospital in which Arafat was treated reveals AIDS could have been the cause of death.

Israeli and foreign doctors who said they saw the report list the specific cause of death as a massive brain hemorrhage. They say the report details do not lead to a conclusive determination on what caused Arafat's death, but many of the symptoms Arafat exhibited were typical of AIDS.

Many senior Palestinian officials said in interviews with the book's authors they are convinced Arafat was poisoned by Israel. According to the officials, Arafat would receive candies and medicines from visitors and eat them without medical supervision.

A statement from Israeli Prime Minister Ariel Sharon's office said the poison claims were "nonsense," adding such assertions were investigated in the past and found to be false.

The French medical report stated no traces of poison were found in Arafat's body.

A separate report by the New York Times also released yesterday claims Arafat's medical records indicated the late PLO leader died of a stroke. The report, which says it is the "first independent review of [Arafat's medical] records" disputed claims Arafat died of AIDS. But like the Israeli analysis, the Times report states Arafat's French doctors did not include HIV testing in their records, "an omission experts found bizarre."

Following Arafat's death, sources in the Israeli intelligence community told WND they used what they knew of the late PLO chairman's symptoms and the information surrounding his hospitalization to determine, along with medical experts, the most likely cause of death.

The sources said AIDS fit with some of the results of Arafat's blood chemistry, including a low blood platelet count that indicated a weakened immune system – a characteristic of the disease.

While Arafat was ill, some publicly speculated he was dying of AIDS.

The homosexual site, 365Gay.com, which deals regularly with issues related to HIV/AIDS, ran a piece reminding readers that, for several years, it has been suggested Arafat is bisexual and could have contracted the disease.

"If suggestions that Arafat has AIDS are true, it is doubtful it would be made public," wrote 365Gay.com European bureau chief Malcolm Thornberry.

Various Israeli security sources have in the past suggested publicly Arafat might be homosexual. They've claimed Arafat's former personal driver – a Mossad double agent – used to find teenage boys to bring back to the PLO leader. His wife, Suha, mostly lived abroad and rarely saw her husband.

Responding to the reports yesterday in a WorldNetDaily exclusive interview, chief Palestinian negotiator and former Arafat friend Saeb Erekat denied Arafat had AIDS or that he was homosexual.

"There is absolutely no truth to these rumors and reports, which are baseless and part of the same campaign that tried to smear Arafat while he was alive," said Erekat. "None of this stuff is believable. I trust the French, and they didn't conclude anything about AIDS. I am not an investigator so I can't say how he died, but I don't think it was from AIDS."

Erekat called on Suha Arafat to "immediately release the confidential reports surrounding Arafat's death. This way the truth can be known to all."

PA leader: Arafat was not homosexual

Secret report: Arafat may have died of AIDS

If this were true, the MSM will never run with a story like this. Arafat was one of Bill Clinton's best "buddies" wasn't he? 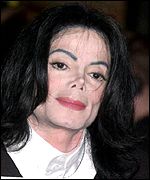 I take great comfort in the fact that that old monster is toiling in hell for eternity.

4 posted on 09/11/2005 6:13:32 AM PDT by battlegearboat
[ Post Reply | Private Reply | To 1 | View Replies]
To: Flavius
From what I read in the past Arafat got his start from the KGB feeding him young boys; documenting the encounters on film in his early years in order to control him later on.

That's not fair. Arafag couldnt do the moon walk or play the guitar.

I think that Ayrabs distinguish between whether the queer is "pitchin'" or "catchin'" - only the one who's catchin' is considered queer. I don't know how they punish the goats, though.

That was my thought right away.

Unless they're in high places. I took a business trip to Oman about 12 years ago, and it was common knowledge that the Sultan of Oman, Sultan Qaboos, was a homo. The locals told me about his harem of boys that would drive Porsches around Muscat. You were forbidden, of course, to speak of it.

Isn't this partly why the left and the homosexuals hate Israel and love the “Palestinians” so much?

Michael Jackson is a guest of the Prince of Brunei... go figure...

This explains why the MSM loved and admired him so!

Wouldn't be suprised to see this being a proclivity of all male palestinians. Better little boys then the dogs they call palestinian weman.
Perhaps Mr. Arafat learned this behavior during his time spent in france.

Arafat is in hell where the devil is plunging his red hot fork right up Arafat's ........

The French medical report stated no traces of poison were found in Arafat's body.

Yesterday, Israel's Haaretz daily published excerpts of a new book that states an analysis of a confidential pathology report from the French hospital in which Arafat was treated reveals AIDS could have been the cause of death.

If this were someone we were defending, we would be quick to point out the contradictory nature of the second two statements from the first. He may well have died of AIDS, but this article is just speculation.

It's been said that any society where women are explicitly second class citizens, no matter how taboo homosexuality is in public, the society will have a rampant underground gay culture.

It was pretty obivious for a long time, except to the licka** media.