Fox News' Brit Hume: First, the focus of all of the attention has been FEMA, Federal Emergency Management Agency, what is FEMA?

Fox News' Major Garrett: Federal Emergency Management Agency, 2,500 full time employees, 4,000 stand by employees. The mission statement very simple: prepare, respond, help, recover, reduce risk. How does it do it? By coordinating with state and local entities and other groups The Salvation Army, Red Cross, dedicated to helping the needy when disaster strikes.

Hume: So FEMA is relatively, it isn't very labor intensive it mostly works through other agencies?

Garrett: It works through other agencies. But it has been moved into the Department of Homeland Security. And in this crisis, It is a bit a victim of its own bureaucratic boastfulness. Earlier this year the new national response plan released by the Department of Homeland Security promised this - "seemless integration of the federal government when an incident exceeds local and state capabilities." In the minds of many Americans, this one did. And FEMA, at least initially, in the minds of some, did not respond enough.

Hume: The words seamless don't exactly spring to mind. But look, they are down there, The Red Cross, for example, is there.

Hume: Standing by, ready. Why didn't FEMA send The Red Cross into New Orleans when we had all of the people there on that bridge overpass and elsewhere. Why not?

Garrett: First of all, no jurisdiction. FEMA works with The Red Cross, The Salvation Army and other organizations but it has no control to order them to go one place or the other. Secondarily, The Red Cross was ready. I got off the phone with one of their officials. They had a vanguard, Brit, of trucks with water, food, hygiene equipment, all sorts of things ready to go where? To the Superdome and convention center. Why weren't they there? The Louisiana Department of Homeland Security told them they could not go.

Hume: This is isn't the Louisiana branch of the federal Homeland Security? This is --

Garrett: The state's own agency devoted to the state's homeland security. They told them you cannot go there. Why? The Red Cross tells me that state agency in Louisiana said, look, we do not want to create a magnet for more people to come to the Superdome or convention center, we want to get them out. So at the same time local officials were screaming where is the food, where is the water? The Red Cross was standing by ready, the Louisiana Department of Homeland Security said you can't go.

Hume: FEMA does, presumably at some point, have some jurisdiction over some military forces. Of course, the first responders there are the National Guard. Why didn't FEMA send the National Guard in? You heard that cry from many people.

Garrett: FEMA does not have jurisdictional control over any state's National Guard, only the governor does. The governor in this case, Kathleen Blanco, A democrat, did use the Louisiana National Guard for some purposes, did not deploy them in massive numbers initially and they were not used to move any of these relief organizations in and they could have been for the very same reason I talked about earlier, the state decided they didn't want the relief organizations where the people needed it most because they wanted those people to get out.

Hume: But even today we know that Governor Blanco has now decided that a mandatory evacuation may not be necessarily after all. But we can go into that later. What about the use by her of the National Guard to impose law and order during the early looting and all of that?

Garrett: She had a choice, as I am told. She could have taken up the offer from FEMA to federalize all of the activities in Louisiana, meaning that FEMA would be in control of everything. Not only law enforcement, but everything else. She declined to give them that authority. So essentially FEMA was trapped between two bureaucracies. One the Department Of Homeland Security where many of its decisions have to be reviewed and in some cases approved, and a recalcitrant state bureaucracy that wasn't going to give them the authority they needed to make things happen, among them, the National Guard.

Hume: What about this evacuation problem? It's clearly was something that New Orleans faced, knew it faced to some extent.

Garrett: And the city [sic] of Louisiana. They have a whole plan that contemplates dealing with an evacuation in the effect of a hurricane three, four or five. Their own plan says, 100,000 residents minimum from the New Orleans area will have to be evacuated. This plan makes it clear ...

Hume: You mean, can't get out on their own.

Garrett: These people will have not have their own vehicles. Not only that, It stipulate that these people are disproportionately poor, sick and in need of special transportation assistance. Brit, I think in these circumstances, bureaucratic language is important. Let's go to this. This is what the state says: "the Department of Health and Hospitals has the primary responsibility for providing medical coordination for all of the special-needs populations, i.e. hospital and nursing home patients, persons on home health care, elderly persons and other persons with physical or mental disabilities." Brit, I don't think you can come up with a better description of the people we saw, day in and day out, at the Superdome and the convention center, than this very population that the state's own plan said needed to be transported to a safe place and provided services.

Hume: Apparently no plan, no provision, no facility for doing that.

Garrett: No facility for doing that. Not only that, those who reviewed the plans the state put together before were critical of it. In 2002 the New Orleans Times Picayune had a whole story about this saying no one believes the evacuation plans are possible, feasible or will be carried out. They proved to be accurate.

Hume: It sounds like the state will have much to answer for in the investigation coming before Congress as well as the federal government.

Garrett: It appears to be.

Please Demo-Rats keep pushing this! I want to see YOUR levee break soon.

Sorry I missed it. It does answer some questions.

Blanco and Witt have no clothes.

If you're a DU-Rat and watch ABC : you'll never see it.

This was great! And quite an indictment on the city and state folks. I'm convinced that the hue and cry against Bush by these folks was prompted by their knowledge that they screwed up big time.

looking for this all night

How do you spread 2500 employees over 90,000 square miles of devastation and expect everyone to have immediate access to a FEMA employee?

You should upfate the photos to show the positions of where the Red Cross was located that was prevented access to Superdome and city.

Hey, I'm in Australia, I am an Aussie, I explained I 'pinched' this graphic from another thread...maybe you can do it?

whoops, sorry, that explanation was on another thread.

Nice! I hadn't seen that.

Thanks for the ping. I watched his show today but it's good to see it all written out and read through it again. Brit is really being strong every day on bringing out the truth!

Just caught this on the re-broadcast...freakin' amazing what the 'rats are trying to get away with!!!!!!
Blanco, Nagin, Hillary, Pelosi, Schumer....etc, etc, your Levees just broke!!

Like you, I just saw it on the rebroadcast.

I hope they drag Major Garrett into the Investigative Committee and let him spill his guts.

The public must be educated about states rights. They are woefully unaware of how our government is supposed to function after eight years of the Clinton Gore regime. 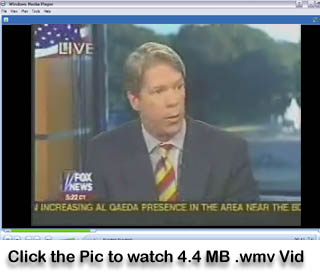