Why are Charlotte's black students suspended more often than whites?

It's a hard-to-answer question, say Charlotte-Mecklenburg Schools officials. But they want to look deeper, they say.

An Observer investigation found black students were nearly four times more likely to be suspended than whites in the 2003-04 school year.

"It's a very difficult issue, and it's uncomfortable for folks," says assistant superintendent Susan Agruso. "Part of it may be related to culture. Part of it's poverty ... You don't want to believe there are biases, but the truth is -- there probably are."

African American males made up about 21 percent of all CMS students but 46 percent of those suspended.

African American females were second. They accounted for 26 percent of those suspended -- in contrast to national studies that found white males second.

Charlotte's white students made up 42 percent of the student population but just 20 percent of those suspended. Hispanic students' suspensions were proportional to their population.

"If the bulk of our suspensions are centered around a certain group, our responsibility is to figure out why that's happening and what we can do to correct the situation," Agruso says.

The disparity is biggest in elementary schools, where black students were eight times more likely to be suspended than whites.

Agruso says that may stem from culturally different styles and expectations of behavior.

"A lot of children don't show behavior appropriate for school," she says. "We have kids who haven't learned that you're respectful to teachers, you don't curse in class, you don't get up and walk around."

Significant disparities also exist at Mecklenburg's top-achieving high schools. Myers Park and Providence don't suspend as many students as other high schools. But when they do, most suspensions are of black students.

At Providence, 6 percent of white students were suspended, compared with 37 percent of black students.

Principals at both schools were unaware of the extent of the disparities, but say race plays no role in discipline decisions.

Providence High's Mike Mathews wants to further study the disparities at his school.

Myers Park's Bill Anderson called the gap "absolutely not" acceptable. He wants to expand training for teachers to better understand the culture of poverty, which he believes plays a role.

Poverty and other socioeconomic factors may explain some of the disparity, experts say. In Mecklenburg, black school-age children are four times more likely to live in poverty than white children.

The stresses of poverty can mean less structure at home. Children are exposed to more violence and trauma in poor neighborhoods. And they're more likely to live with single parents who may not have as much time to share with their children.

UNCC researcher Laurie Garo found a link between suspensions and crime. She mapped the address of every CMS student suspended in 2003-04 -- and found them largely clustered in the same impoverished neighborhoods plagued by unemployment, dropouts and crime.

"These kids are being put out of the education process, which leaves them unemployable, prone to poverty and reliant on crime for survival," says Garo.

An Observer analysis of school-crime records found black students were far more likely to be arrested at school than white students. Charlotte-Mecklenburg police made 1,004 arrests on CMS campuses in the 2003-04 school year. Of those arrested, 81 percent were black.

A national study suggests yet another reason for the racial gap in suspensions.

In Charlotte, 44 percent of all suspensions were for "generally disruptive behavior" and "insubordination." Such behaviors require judgment calls by teachers and principals.

"We have to teach people to be very aware of their biases," says Agruso, "and ask if bias is creeping into how they treat a child."

Cultural differences between white teachers and black students can lead to misinterpretation. Black students talking back to teachers may not be a sign of disrespect, says diversity consultant Tim Wise, but can show engagement, as when churchgoers respond to ministers.

Even black teachers and students can misjudge one another when they come from different backgrounds. Direct confrontation by a teacher is a threat for some students.

"You just learn in certain neighborhoods, you don't back down," says Harvard University's Ron Ferguson, who researches achievement gaps. "If you back down, you're going to get your butt whupped."

TOPICS: Culture/Society; US: North Carolina
KEYWORDS: blackstudents; discipline; education; liberalism; pagingbillcosby; pantload; racism; schools; whosyourdaddy Navigation: use the links below to view more comments.
first 1-20, 21-40, 41-60, 61-80, 81-92 next last
The Charlotte Observer has outdone itself. An old gag had it that a liberal newspaper -- and the Observer certainly qualifies -- announced the ultimate cataclysm with the headline "World to be destroyed; women and minorities to suffer most." Increasingly, actual Observer articles are resembling the joke. On a daily basis, for decades now, our fishwrapper can be counted on to hammer home how much minorities are mistreated and discriminated against.

God forbid that anyone suggest that the students who were suspended were at fault. Heavens, no. The fault lies in the cultural insensitivity of whites (who, by the way, are now a minority in the Charlotte-Mecklenburg School System).

The obvious answer has escaped them.

Suspend a whitey if he looks at you funny. If they inhale too deeply, kick them out. That should help even out the disparity < /yes, sarcasm intended>

2 posted on 06/12/2005 7:36:58 AM PDT by Hodar (With Rights, come Responsibilities. Don't assume one, without assuming the other.)
[ Post Reply | Private Reply | To 1 | View Replies]
To: southernnorthcarolina
Why are Charlotte's black students suspended more often than whites?

Incredibly (in a sane world) the article would at least raise the question as to whether those suspended students DESERVED suspension.

But alas, we do not live in a sane world, therefore the OBVIOUS is never discussed, as it isn't very PC.

No, it didn't escape them...they are not that stupid.

Just referring to it (the obvious) would bring instant charges of racism, classism, etc.

4 posted on 06/12/2005 7:39:17 AM PDT by Guillermo (42% of suicide bombers in Iraq are Saudi and Bush continues to lick their boots)
[ Post Reply | Private Reply | To 2 | View Replies]
To: southernnorthcarolina
Black students talking back to teachers may not be a sign of disrespect, says diversity consultant Tim Wise, but can show engagement, as when churchgoers respond to ministers.

Myers Park's Bill Anderson called the gap "absolutely not" acceptable. He wants to expand training for teachers to better understand the culture of poverty, which he believes plays a role.

How stupid can these clowns be?

The problem is NOT the teachers. As pointed out earlier in the article:

"A lot of children don't show behavior appropriate for school," she says. "We have kids who haven't learned that you're respectful to teachers, you don't curse in class, you don't get up and walk around."

The lefties are not helping the underprivileged by sanctioning antisocial behavior. Doing that only perpetuates their plight.

Here's a similar question; what are the minority/majority expulsion numbers? I. e., How many of the reported 30% blacks expelled are expelled more than once?

In my observations as a teacher in a black majority school district for nine years, I would say it is because the black kids misbehave more often.

I just love it when a plan comes together.

There is an excellent story a few items down from this on how Indian and Asian students are excelling in school; while America uses schools to coodle Mexicans and Blacks.

To paraphrase: 'America staggers towards something called diversity, like a bum will drag himself to a bottle of cheap booze on the sidewalk'. And we have the other gem; Chinese and Indian schools don't have time for loosers, they focus on the hard working, smart kids. America places it's emphasis on making life easier on the loosers, thus making the successful kids little more than the elite among the loosers.

And to take it a step further, many black kids are raised without the influence of a father in their lives. Discipline is lacking and therefore, at school, they get into more trouble.

They won't get their butt whupped for bad behavior in school, though, and therein lies the problem.

Well Maury Povich is getting to the bottom of the problem of no father in the home - he has given DNA tests up to as many as 25 guys to find out who the father of one child is.

And he does this day in and day out - it is a tough job.

And to take it a step further, libralism is a mental disorder. I would guess that the children of black Republican voters would be LESS likely to get in trouble than the average white kid. Give me some funding, I want to do a study!

15 posted on 06/12/2005 7:54:49 AM PDT by Ahban
[ Post Reply | Private Reply | To 12 | View Replies]
To: southernnorthcarolina
Black students talking back to teachers may not be a sign of disrespect, says diversity consultant Tim Wise, but can show engagement, as when churchgoers respond to ministers.

I didn't know standing up in church on Sunday and calling the minister a "punk-ass b*tch" or a "motherf*cker" was "engagement."

So the students who were taught correct behavior prior to Kindergarten are now supposed to suffer by having troublemakers in the classroom to disrupt their education to satisfy these lefties. I dont think so. Maybe some kids need a little extra attention in the early grades to teach them right from wrong.

Yes. I am a public high school teacher. This "hip-hop" culture where young black men associate themselves with criminals and gang members is killing them. It's killing them academically and socially. In my school, we don't allow the F word in the hallways; when it's heard the kid (usually black) is written up and often suspended. What else are we to do? If we allow that kind of language the parents of the kids who don't use it will pull their kids out and send them to private schools, as maybe they should. As long as young black men have gangbangers as their heros and prefer to bring $150.00 sneakers to class tied around their necks instead of pencils and paper, this is going to go on.

Most people think LBJs great failure was Vietnam. That was his second greatest failure. The seeds of the present dysfunctional society that affects both the black and the white community but to a greater extent the black community is Lyndon Bains Johnson's "Great Society Legislation" which is the basis of the present welfare system that is destroying society instead of saving it.
19 posted on 06/12/2005 7:57:17 AM PDT by cpdiii (Oil Field Trash, Roughneck, Geologist, Pilot, Pharmacist, (OIL FIELD TRASH was fun))
[ Post Reply | Private Reply | To 12 | View Replies]
To: southernnorthcarolina
Myers Park's Bill Anderson called the gap "absolutely not" acceptable. 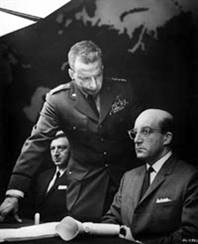