Press reports on Friday about a government report that offers new evidence on how the CIA failed to warn the FBI when two of the 9/11 hijackers entered the U.S. made no mention of the role played in the disastrous bungle by Hillary Clinton's Justice Department protege Jamie Gorelick.

Typical was coverage in the Los Angeles Times, which chronicled the efforts of a frustrated CIA agent who desperately tried to warn the FBI that Nawaf Alhazmi and Khalid Almihdhar had migrated to San Diego after attending an Al Qaeda planning session in Malaysia 20 months before the 9/11 attacks.

But instead of delivering the alert that could have helped foil the 9/11 plot, the CIA agent was told to cease and desist by superiors. Noted the Times:

"A chilling new detail of U.S. intelligence failures emerged Thursday, when the Justice Department disclosed that about 20 months before the Sept. 11 attacks, a CIA official had blocked a memo intended to alert the FBI that two known Al Qaeda operatives had entered the country.

"The two men were among the 19 hijackers who crashed airliners into the World Trade Center, the Pentagon and a field in Pennsylvania."

As recounted by the Times, in January 2000, a CIA employee began drafting a memo addressed to the FBI's Bin Laden unit chief at bureau headquarters and to its New York field office. The memo contained virtually all of the details known to the agency, about two of the soon-to-be 9/11 hijackers.

"But at 4 p.m. that day," the Times said, another CIA Bin Laden desk officer "added a note to the memo: 'pls hold off on [memo] for now per [the CIA deputy chief of Bin Laden unit].'"

Eight days later, in mid-January, the first agent inquired about his warning on Alhazmi and Almihdhar.

The FBI's 9/11 report reached no conclusion as to why the critical CIA intelligence wasn't shared with the bureau.

But for anyone who watched the 9/11 Commission hearings, the answer is clear.

The FBI and CIA were hamstrung by the "Wall," a set of Justice Department directives issued by Deputy Attorney General Jamie Gorelick that made it illegal for the two agencies to cooperate with each other in terrorism probes.

Testifying before the 9/11 Commission last year, former Attorney General John Ashcroft contended that "the single greatest structural cause for September 11 was the wall that segregated criminal investigators and intelligence agents"

"We believe that it is prudent to establish a set of instructions that will more clearly separate the counterintelligence investigation from the more limited, but continued, criminal investigations. These procedures, which go beyond what is legally required, will prevent any risk of creating an unwarranted appearance that [the Foreign Intelligence Surveillance Act] is being used to avoid procedural safeguards which would apply in a criminal investigation."

According to now retired New York Times columnist William Safire, Gorelick was tapped for her post by Hillary ally Webster Hubbell after he resigned from the Justice Department in 1994 to face charges of overbilling his legal clients.

According to the Wall Street Journal, Gorelick fulfilled much the same role as Hubbell had, acting as Hillary's "eyes and ears at the Justice Department."

While news of the CIA's scuttled 9/11 warning was a top story throughout the day on Friday - with nearly two dozen mainstream press reports, including a front page story in the New York Times - none of the reports so much as mentioned Gorelick's name; let alone her connection to Mrs. Clinton.

The former first lady is currently seeking the 2008 Democratic presidential nomination based in part on what the media descibes as her strong national security credentials. 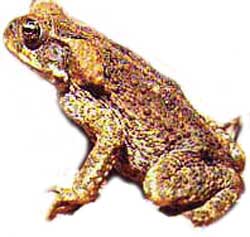 The 'wall' between the Truth and the MSM telling it remains intact.

Aw c'mon. Give the lil' girl a chance. Just one disastrous appointee and look what happened. Imagine what Hillary can accomplish with the whole damned Government staffed by Gorelicks!

3 posted on 06/11/2005 9:19:31 AM PDT by Enterprise (Coming soon from Newsweek: "Fallujah - we had to destroy it in order to save it.")
[ Post Reply | Private Reply | To 2 | View Replies]
To: InvisibleChurch
While news of the CIA's scuttled 9/11 warning was a top story throughout the day on Friday - with nearly two dozen mainstream press reports, including a front page story in the New York Times - none of the reports so much as mentioned Gorelick's name; let alone her connection to Mrs. Clinton.

Is HRC on the board at the Times? The Times is willing to connect George Bush to anything slightly damaging.

And Jamie Goreleck was a member of the 9-11 Commission. Nobody questioned why or how or by whom this appointment was made. It would appear it was a CYA appointment.

Fox News didn't mention Gorelick on Brit Hume's show last night either. They reported the story as though the FBI were completely to blame.

7 posted on 06/11/2005 9:28:50 AM PDT by An American In Dairyland
[ Post Reply | Private Reply | To 1 | View Replies]
To: InvisibleChurch
Gorelick was tapped for her post by Hillary ally Webster Hubbell after he resigned from the Justice Department in 1994 to face charges of overbilling his legal clients.

Jamie Gorelick was loyal to bill clinton, not to America. That was true of all his high-level appointments. He preferred corrupt, indictable felons, because they are more easily blackmailed, so their personal loyalty can be ensured.

How about Gorelick's enrichment over the Fannie Mae debacle?

Gorelick was on the wrong side of the table during the 9-11 commission hearings. She should have had to testify like Ashcroft or anyone else did.

I don't want some stupid Hillary "appointee" tied to something bad, I want the HILDEBEAST tied to it! Dammit!

14 posted on 06/11/2005 9:43:47 AM PDT by mc5cents
[ Post Reply | Private Reply | To 1 | View Replies]
To: InvisibleChurch
I saw the MSM dodging this all day yesterday. They all decried the 5 instances the CIA & FBI were forbidden to communicate info on the 9/11 terrorists... but NOT ONCE mentioned that bitch Gorelick or her FU_KING memo!

It was staring them right in the face... and the MSM just moved right along!

-- snip --"A chilling new detail of U.S. intelligence failures emerged Thursday, when the Justice Department disclosed that about 20 months before the Sept. 11 attacks, a CIA official had blocked a memo intended to alert the FBI that two known Al Qaeda operatives had entered the country.

It's starting to come back to me now....didn't Gorelick recuse herself during Reno's testimony? This was a set-up from the word go. Naming Gorelick to be a "judge" of these proceedings protected her and those around her from any scrutiny. Who nominated her to serve on this commission?

The Left is always on the political offensive. Always. They never give up any ground.

"What it is you've done, accuse your enemies of doing."

19 posted on 06/11/2005 9:54:30 AM PDT by Reactionary
[ Post Reply | Private Reply | To 16 | View Replies]
To: InvisibleChurch
To put Gorelick on the commission was an extremely clever stroke by Democrats to keep her safe.
Safe means: From testifying.
It was well known then that Gorelick was the key person writing procedures to effectively prohibit the FBI and CIA from communicating with each other.
Such need arouse with Bill Clintons arms dealings for campaign cash with the Chinese.
No CIA (international)intelligence communicated meant safety from arms deal revelations.
20 posted on 06/11/2005 9:58:28 AM PDT by hermgem
[ Post Reply | Private Reply | To 1 | View Replies]
Navigation: use the links below to view more comments.
first 1-20, 21-40, 41-60, 61-66 next last