Ninety-two percent of voters stated in a Harvard CAPS / Harris Poll results that the violent demonstrations and riots would be a central factor in the 2020 presidential election. Democrats recently changed their tune on the violent riots with an attempted rebrand calling the violence a direct product of “Trump’s America.” If you evaluate all of the last decade’s mass violent demonstrations, most of them took place under the Obama administration.

This is now the third Harvard CAPS / Harris Survey that published topline findings in the absence of any methodology or cross-tabs available from the study. The final results available on the website of Harvard CAPS / Harris Poll are from June 2020. According to The Hill, this is indeed a “representative online survey,” and thus has no margin of error. In other words, in the absence of a confidence interval from the results, this is not a scientific poll, by their own admission.

Any survey that does not release the methodology or cross tabs as a portion of the survey release should automatically not be trusted. In addition, every statistical study, whether or not it’s an “online survey” (YouGov carries out online surveys and also has a margin of error for their polling, while not yet technically science) should include a margin of error.

The Hill also released two other questions showing that Biden leads Trump on Law and Order and his response to Coronavirus and that the majority of voters say they think they will see a COVID 19 vaccine in the coming year.

“Community Engagement” (CC BY 2.0) by derek.simeone It can be concluded that with the Dems changing drastically on their messaging, it indicates they are afraid of a November over this and other polling figures. Apart from the already noted change in their messaging on protests across the nation, just this week, Kamala Harris told Americans not to embrace the coronavirus vaccine unless national health authorities approve it before the election. Concern about the possible availability of a vaccine before the election is also found in topline data from the Harvard / Harris survey. Seventy-four percent of survey respondents said there would be no vaccine available before the election. A pre-election vaccine could unexpectedly change the public sentiment on the admin’s handling of the pandemic to Trump’s advantage, and dash the Democrats’ hope for a White House win. 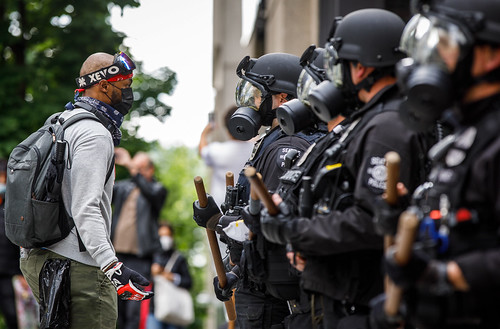 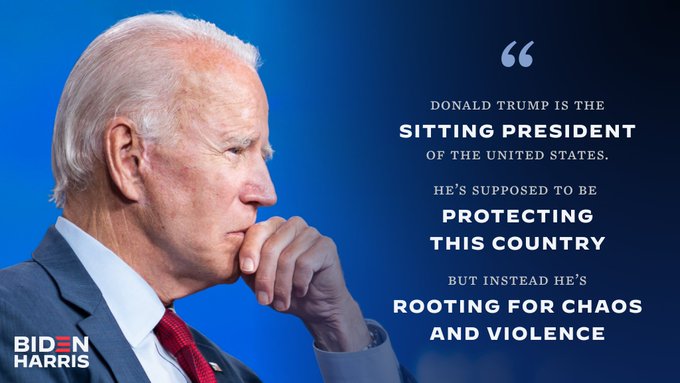 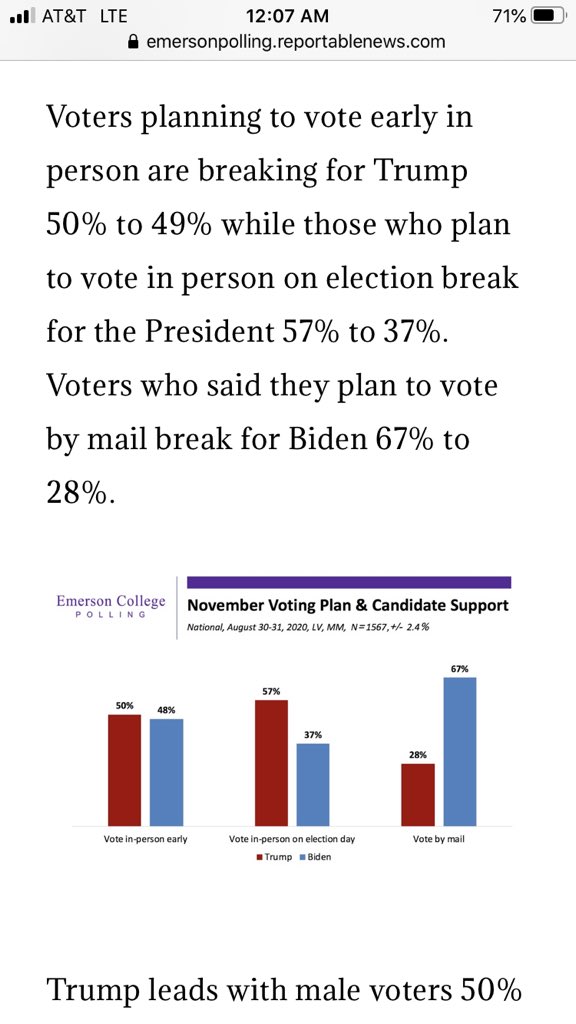 Democrats planned, funded, organized, promoted and supported the riots and then they blamed them on Trump!

Biden didn’t say that. He read it. The DNC (big money, marxists, $oros, Gates, et al...) must be relieved that the puppet can still read their program notes. 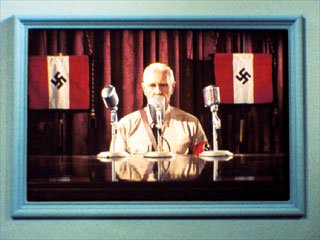 It is simply too late on this topic for the democrats. They made their bed when they falsely believed that the riots served their political interest and it would push minority voters into their camp.

It did not. If anything, it has seriously backfired. Minority voters in the inner-city have seen this play before and they do not like the end-result.... urban blight, high crime, murder, and mayhem with no opportunities in sight and few retail options.

Then there is the Antifa crowd. Who wants to watch rich and angry white kids burn down their neighborhoods in the name of social justice? It is really silly when you think about it.

They believed they could “cow” the suburban mom voters to believe that the anarchy and chaos would stop if they would only vote for kindly Uncle Joe. This strategy may have worked a little bit better than the strategy did with minorities, but I don’t think the numbers are near what they think and for every “surrender mom” there is another who is horrified.

The democrats are truly the “Gang that Cannot Shoot Straight”

ah yes, the Star Trek episode with a planet resembling Nazi Germany. As I recall, this guy was a puppet ruler, drugged most of the time, who gave canned speeches. The real power was held by some other bad guy on that planet.

I see the analogy to the elderly Joe Biden being a puppet if elected.

Looks JUST like Biden, which is why all the twats are tweeting it looks like Trump and/or Pence.

I don’t understand why, instead of pointing out the obvious, which is these riots are being sponsored by democrats to seek democrat policies, pundits play the game of who is sitting in the white house when they happen. Whether there were riots when Obummer was in office or not is completely irrelevant. Communist democrats are the ones rioting, and everyone knows this.

Give voters enough credit to see who is causing this violence. It is not conservative republicans.

So he’s be relying on mail in ballots to put him over the top nation wide? Only a good strategy if you’re planning on cheating as far im concerned

What is the name of that “Star Trek’’ episode?

Trump’s team has been pumping vote by mail, which puzzled, but they’re thinking ahead and do not want to concede that even though we won on the 3rd, will automatically lose post election count.

Plus, there may be polling station issues, real or fabricated, long lines, intimidation, or covid. I personally don’t trust the USPS union. Carriers know who receives tons of Trump mail and is a likely Trump vote.

Mail votes are necessary in/for some situations. But my preference
is for 10 days or so of in person early voting in each county. I know
that won’t be case for all but some states do that.

example...
Here is the schedule for the county I will vote in....

Based on the last 6 months of watching these Democrat supported rioters, arsonist and looters, it’s a safe bet that most Americans have had a belly full of these lying Democrats. Compound this with Democrat led and supported endless lock-downs and the vote should *overwhelmingly* swing towards Trump and favor the Republicans.

10 States plus D.C. are sending mail ballots to all or most
registered voters. Shown on the above linked info

Looks normal practices for most states, I think.

They are being run by Barak just like the Hands Up riots and police shootings.

Omar Wasow of Princeton University wanted to measure the impact of the violent protests following King’s death on white voting patterns in the 1968 election.
He found a remarkable swing of up to 8% among white voters against Nixon’s Democratic rival, Hubert Humphrey, where there had been violence.

Will protests help Donald Trump as they did Richard Nixon in 1968?
History suggests that Republicans benefit from street violence, whereas Democrats gain from peaceful protests
https://www.economist.com/graphic-detail/2020/06/08/will-protests-help-donald-trump-as-they-did-richard-nixon-in-1968