This research was conducted in the International Security and Defense Policy Center of the RAND National Defense Research Institute.:

As targets of information aggression, the United States and its European allies must protect themselves against the effects of psychological manipulation and influence. The authors describe apparent efforts by Russia and its agents to use information to shape Russia's operating environment, and they identify possible defensive approaches for United States European Command and its partners.

1- What content is produced and disseminated by Russia and its agents?

2- How do Russia and its agents manipulate information?

3- What is the persuasive impact of Russia's malign or subversive information efforts?

4- What are the potential avenues for defending against Russia's malign or subversive information efforts?

I. Russia's information activities appear to be deployed in service of diverse political objectives

- Although Russia appears to have abandoned Soviet-era efforts to spread an ideology, it is still interested in popularizing its worldview and raising its esteem in the eyes of international audiences.

II. Russia and its agents may manipulate or completely falsify information as part of efforts to disseminate messages that align with Russian interests

- The information manipulation techniques that Russia and its agents appear to use range from completely manufacturing content to the misuse or misapplication of factual information.

III. The characteristics of Russian information efforts have the potential to influence audiences

- The targeted content that appears to be disseminated by Russia and its agents can affect selected audiences. Diverse audiences might have difficulty deliberately processing the deluge of fabricated and misleading information to which they are exposed, thereby increasing the potential that they will be affected by these efforts.

Also, name one of these things the US doesn’t do.

Compared to what the Biden Crime Family, their Democrat-controlled media, and Big Tech do — Russia is a bastion of truth.

Is this report some part of the Biden “Disinformation Board” censorship project, where stating true facts like Biden stole the 2020 election are called “Russian disinformation” in order to censor all political dissent?

I read these kind of stories as:

Sure, CIA, the russkies lie. At least they don’t post video games as war footage.

We had plenty of consulting firms and noted individuals say Trump was, indeed, collaborating with the Russians, too.

These same media and consultants are saying there was nothing to see with Hunter Biden in Ukraine or on Russian faked sex videos.

All of the above was proven wrong, but these people are opining on this and we are to believe them?

Sure, there’s something, like with some entity in Russia donating a $100,000 to Trump’s and Hillary’s campaigns, but is it anything like the media ban on saying anything positive above Russia’s positioning? From what we’re being told, Russia is just about out of Ukraine, due to the superior capabilities of drafted citizens (without ammo, guns, or food).

6 posted on 06/06/2022 5:01:33 PM PDT by ConservativeMind (Trump: Befuddling Democrats, Republicans, and the Media for the benefit of the US and all mankind.)
[ Post Reply | Private Reply | To 1 | View Replies]
To: ConservativeMind
Oh, but the Left has assured us that Russia is about to be completely demolished, because just in time for "Pride Month" Zelensky has unleashed a new Ukrainian Army Gay Brigade with all homo members. They have a special Unicorn Patch to let everyone know that they're perverts. 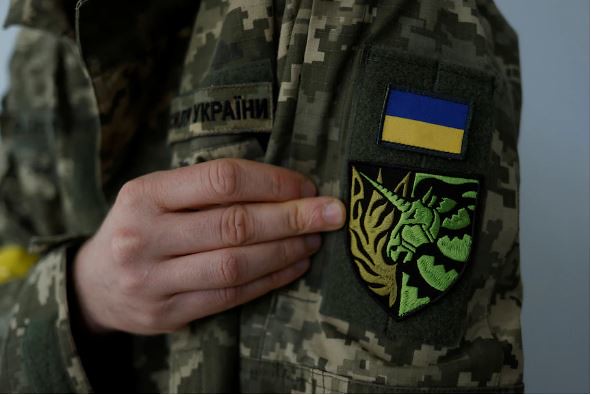 This research was conducted in the International Security and Defense Policy Center of the RAND National Defense Research Institute.

The kardasians being rich idiots are the most effective tool promoting capitalism ever. If morons like them can be rich, what a system!

So it was published long after 2016 and the non-stop “Russian disinformation” BS that we’ve seen used by the Left and their Neo-Con soulmates every time they want to censor the truth?

So is your real name Nina Jankowicz? I ask because I cannot see where she would say anything different from what you post.

It’s all hatred for Orthodox Christian Russia and warning people not to look at any news sources other than those approved by The Party.

You mean the 'religion' that goes around blessing machine guns and nuclear missiles? 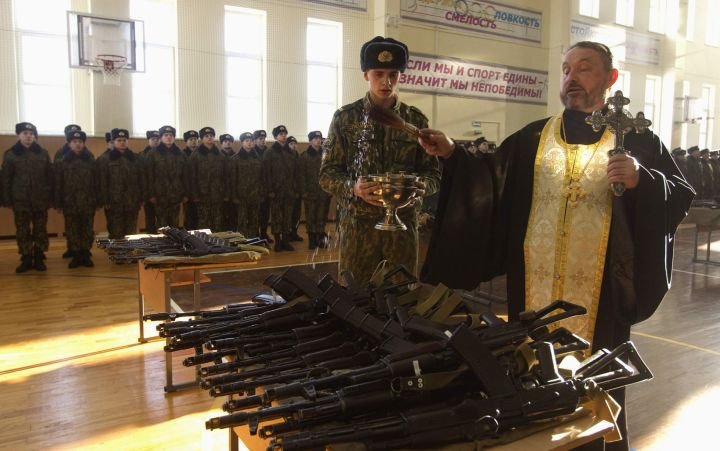 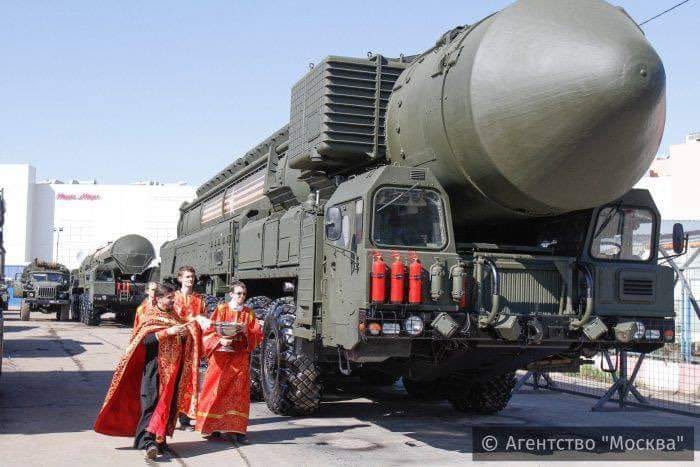 I personally don't hate the ROC as much as have contempt for it, way more than even the pederasts in the RCC. And they earned it!

This is the height of Hypocrisy and Projection!

Thank you, I appreciate your thoughtful response.

I feel sometimes folks react without reading or take time to ponder info.

I actually rec’d the comment “You c**k piece of shit traitor” in my freeper mail with a 2nd mailing follow-up from same freeper commenting “C U Next Tuesday.”

I don’t know if that is a threat, but I did work 10 years in the inner-city of Detroit. Sometimes, people are stressed & just have to strike out.

Yep, Russian Orthodox Priests pray for their troops and openly support the country that they live in.

That used to be the norm everywhere, but among “progressive” Christians it is treated as some sort of heresy. They prefer to stand at their pulpits in America and proclaim that they are “citizens of the world”.

My Orthodox Priest here in America has members who are in our US Armed Forces come to Church so that he can bless their weapons too. It is what the Orthodox Church does, we believe in patriotism instead of the “hate your own country to show how woke you are” crowd.

It’s something Orthodox have done since the time of St. Constantine the Great, when he was victorious over a much larger heathen army when God intervened and indeed under the Cross he conquered. 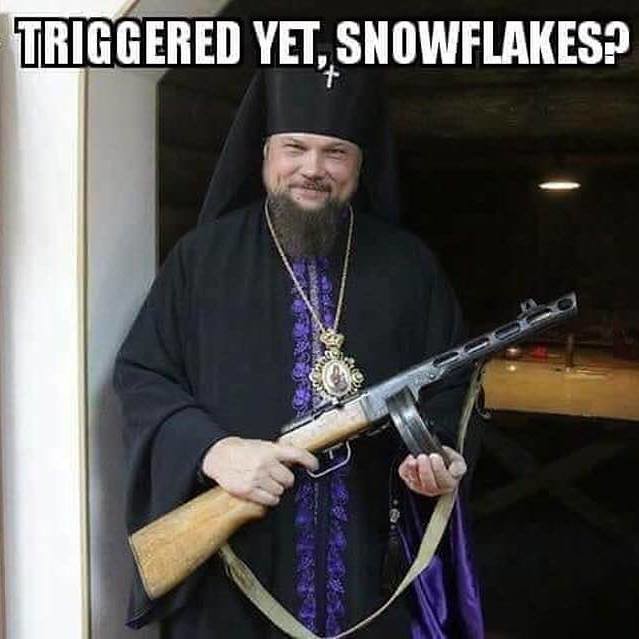 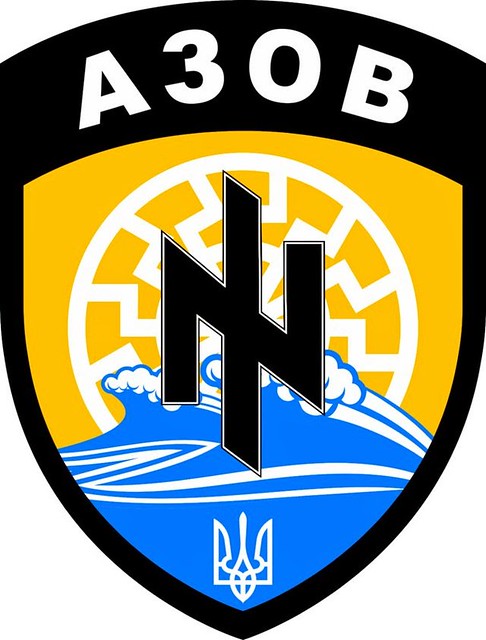 Oh, I'm sorry. Does speaking the truth that the Ukraine has openly Nazi units serving in its' official military count as "Russian disinformation" because it embarrasses the Neo-Cons?

I think the photos in post # 12 indeed are Russian soldiers with blessing by the Russian Orthodox priest NOT the Ukrainian Orthodox Church.

However, I do not actually know if the Ukrainian Orthodox Church does bless weapons as well???