Mammoths still roamed the Earth when Egypt's pyramids were being built
unexplained-mysteries.com ^

Previous studies had indicated that while most mammoths likely died out around 10,000 years ago, a few had managed to survive in small populations on remote islands off the coast of Siberia.

There had even been suggestions that some of these isolated island populations had held on until around 4,000 years ago.

Now though, the results of a ten-year study involving the collection and analysis of 535 samples of sediment and permafrost from Siberia, Canada, Alaska and Scandinavia have yielded evidence to suggest that mammoths had still been roaming the wilds of mainland Siberia as recently as 3,900 years ago. This means that these animals were still around after the construction of the Great Pyramid of Giza.

The researchers also determined that the woolly rhino had survived until around 9,600 years ago.

The findings involved analyzing traces of animal DNA found preserved in the sediment. 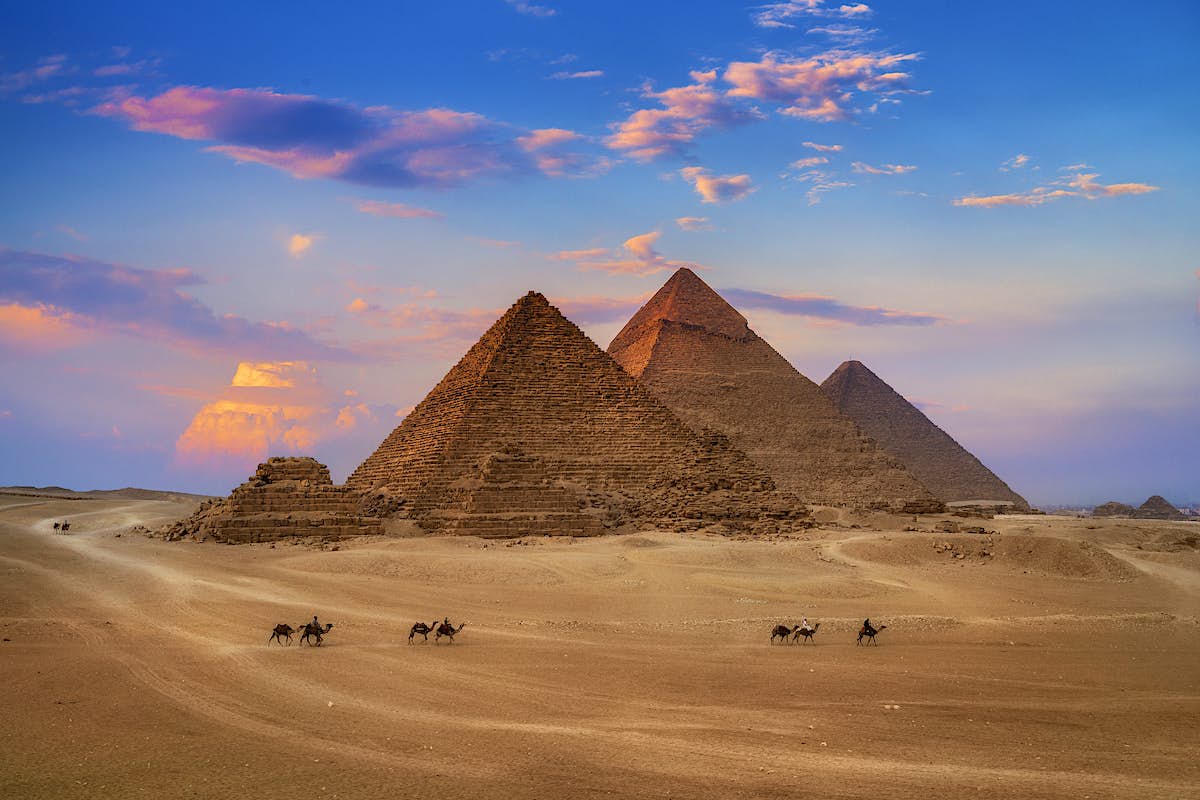 It is less of an anachronism to depict Cleopatra with Brad Pitt than Cheops the Great.

Cleopatra is closer in time to us than she was to Cheops the Great.

Where’s John Hammond?? I want my Jurassic Park and I want it now.

This is not news, and I’m unclear why it is presented as such.

There is a reason the “Old World” was ... old ... when the North American continent was wide open and practically empty, and that reason was an Ice Age. Glaciers covered much of what is now the US with ice up to a mile thick only 12,000 years ago.

A successful wooly Mammoth hunt would have been like hitting the Lottery. Lots of meat for the whole tribe ready for preservation. Probably pretty tasty, too. This easy pickens food source would have been tempered by other species that are now extinct as well, notably the Saber Toothed Tiger and the Cave Bear. Either would have resulted in a Bad Day back in the day. They are all extinct now probably due to hunting pressure.

I remember reading this story or a variation of it 10 years or more ago about how mammoths lived until fairly recently.

They just added the line about the Pyramids.

That some of these creatures lived until 500 years ago isn’t news. Seeing “prehistoric” animals gave wing to stories of dragons.

North American continent was wide open and practically empty ... they are all extinct now probably due to hunting pressure.
—

Empty? there were millions and millions of animals and gigantic flocks of birds; many inhabited sites lend the human population may have been in the millions.

Glaciers only covered the top tier states and north. The rest of the US was ice free. They animals were killed off not by hunting, but by the 10,800 BC comet strikes that lasted 100 years and burned of 4% of the world’s vegetation, leaving the several foot thick Black Mat earthen layer, as it is called.

But a variation of this story did appear 10 or more years ago, without the pyramid angle.

Still, it makes me speculate that perhaps the heavy lifting was done by elephants?

It’s not like elephants were unknown on the African continent...

Although I wouldn’t want to be the poor sod who had to harness an African elephant!

There’s a cryptid video and as all cryptid videos grainy and somewhat indistinct (probably been debunked!) of a mammoth crossing a river\creek\stream in Siberia. Supposedly taken by a Soviet soldier in roughly the WWII Era.

Not advocating its real, but there’s still surprising amount of uncharted area in Northern Siberia. I saw a documentary done recently by a Russian geologist who while doing exploratory work encountered a small clan of natives who hadn’t heard of WWII or even that the Czar was gone.

The pyramids were ancient when Abraham saw them.

“”They are all extinct now probably due to hunting pressure.””

Pigmy mammoths lived on the Channel Islands of Southern California until about 4,000 years ago. The peaceful, eco-friendly native Americans killed them off.

I saw that movie and I think the Egyptian leaders making them build the Pyramids were from Outer space , 10,000 BC (2008)

Still, it makes me speculate that perhaps the heavy lifting was done by elephants? It’s not like elephants were unknown on the African continent...

—
Evidence in the US is that elephants were targets of opportunity for food, not beasts of burden.

—
What? You must be making some sort of joke.