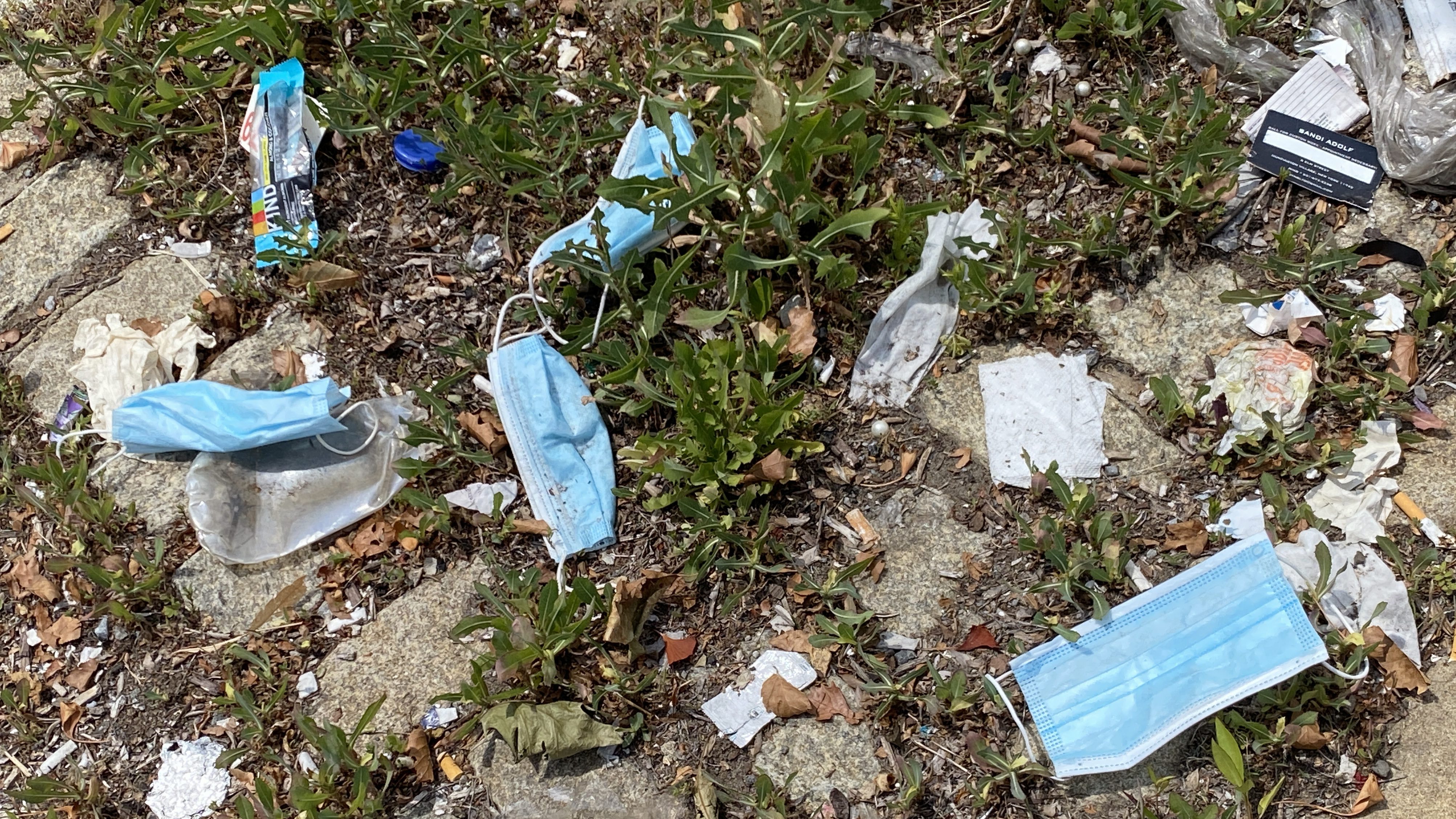 Thanks to the lockdowns, 140,104 businesses were temporarily closed and 97,966 were permanently closed by September 2020 according to a Yelp survey. Significantly, more than half of these were local small businesses—and small businesses employ nearly half of all American workers. Predictably, the workers who were most affected were not the professionals pulling in a paycheck while working from home. They were the working-class folks whose jobs the bureaucrats considered non-essential.

The disruption of children’s education and socialization will haunt us for years to come in terms of earning potential and mental health. The central planners punished children for months although the mortality in children from COVID-19 is roughly equivalent to that of influenza year to year. Moreover, CDC data shows that attending school or child care was not associated with having positive SARS-CoV-2 test results.

So why were children barred from attending school? To protect Grandma. Even if children were found to be transmitters of disease—they haven’t been, a sensible alternative to depriving all students of a proper education and social life would have been to ask children whether elders lived in their homes. If so, that group could have been provided with educational accommodations. But the way of bureaucracy is all or none with no room for individual considerations.

Typical of blanket decrees, the most vulnerable fared the worst. Thirty percent of parents from low-income homes reported that their children never logged on to the computer for virtual schooling. And almost half of special needs children received no support. Worse yet, insurance claims for pediatric mental health visits as well as teen overdoses doubled in March and April 2020 compared to the same period in 2019.

Adults fell prey to the dangers of lockdowns. There was an increase in alcohol sales, use of prescription anti-anxiety medications, and domestic violence, Additionally, the National Highway Traffic Safety Administration reported a 24 percent increase in traffic deaths in 2020. Almost two-thirds of the seriously or fatally injured tested positive for alcohol, marijuana, or opioids. According to the CDC, the 12 months ending May 2020 had the highest number of U.S. overdose deaths ever recorded in a 12-month period (more than 81,000). This increase was mainly due to illicitly obtained fentanyl.

Anyone who isn’t hidden away in an ivory tower could predict that isolated people deprived indefinitely of their livelihoods, recreational outlets, and family relationships would sink into depression. The CDC reported in late June, that 40 percent of U.S. adults surveyed were struggling with mental health or substance abuse. And 11% say they seriously considered suicide. These unintended consequences were foreseeable yet Americans were subjected to social isolation in the face of no evidence that lockdowns were a useful COVID mitigation strategy. Ironically, according to CDC data, “masking”, a symbol of our isolation, has made no difference in COVID infections.

With the media’s help, the public health gurus waged a campaign of fear to keep us in line while we waited for Dr. Fauci’s solution: vaccines. One of the medical bureaucracy’s biggest (intentional) missteps was the failure to support early treatment of COVID. They told us to stay home until we couldn’t breathe. Of course, at that point the virus has overwhelmed the body. The scientific elite maligned study after study and thousands of clinical successes with early treatment with hydroxychloroquine and ivermectin in favor of unproven high priced drugs. Despite the CDC and FDA previously acknowledging the 60-year safety record of hydroxychloroquine, it miraculously became harmful in 2020.

It is as if the medical bureaucrats are making up the ever-changing rules as they go along. They claimed they were “following the science.” Why haven’t we heard from these politically driven experts as hundreds of illegal migrants are released into the United States without COVID tests while U.S. citizens are being fined for not wearing useless masks?

Shameless non-clinician bureaucrats have stolen our lives, stolen the smiles from children’s faces, and bullied a segment of the population into paralyzing fear. Those hiding behind masks (including our precious children) no longer see people as people, but as 170-pound nests of germs and certain death.

Dr. Fauci remains the highest paid federal government employee, and Dr. Birx has moved on to her private air purifier consulting job. Meanwhile, we are left in the wasteland with their legacy: boarded up shops; needless lost lives; and the death of common sense, scientific discourse, and medical freedom that we may never regain. And why? 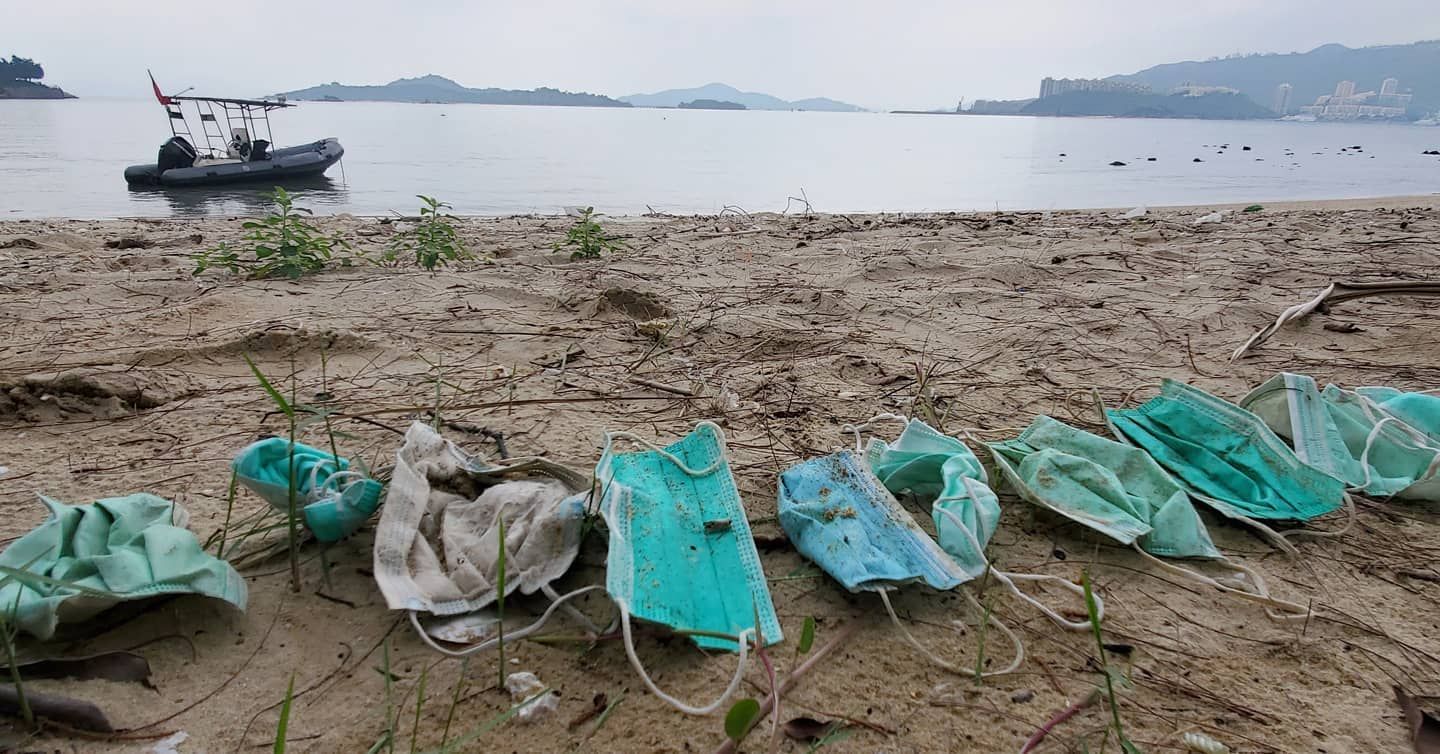 Not seen as a HazMat problem?

Went deep sea fishing a few weekends ago. We came across half a dozen masks over 30 miles offshore from Florida’s west coast.

I like the obviously brand new mask laying there in the OP image.

Pretty obvious the first photo is staged. The phoniness continues.

Well, let’s remember hydroxychloroquine became radioactive, because the “evil” Trump talked of how effective it was in dealing with the virus.

I hate to be so cynical , but it was after Trump started talking about hydroxychloroquine that the Anderson Coopers and Don Lemons of the world, solemnly told us that this medication was useless and could even be harmful.

“Pretty obvious the first photo is staged. The phoniness continues.”

...whether it’s staged or not, masks are everywhere. The greenies should be flipping out over this but, they’re probably the ones most guilty of throwing them in the street/beach etc.

I’ve been to many protests in DC. The conservatives leave DC cleaner than when they arrived. The libs completely trash it with cig butts, Starbucks cups and everything else you can imagine.

All that biohazard! It’s amazing any of us are still alive /s

I only discard my masks in well-to-do, woke neighborhoods.

Great article! Thanks for posting!

An enterprising go-getter could repackage these masks and resell them at a tidy profit to an hysterical American populace. I’m looking at you, China . . .

Probably a billion discarded thus far and silence from the left besides the fact that they are worthless. Our society simply sucks.

Knew it was coming. You can’t go to a store and not see masks laying around the parking lot. If it’s infectious then should it be hazmat picking it up. Would be a good business to open. Mask disposal.

Interesting that this would come up. I work at a hospital, and for months, I have been walking into the building and seeing facemasks strewn on the ground, in the bushes, and today, I just couldn’t take it anymore.

No gloves (as if I were even worried) and I went along the walkway picking up the masks and pulling them out of the shrubbery to throw them away.

RE: I have been walking into the building and seeing facemasks strewn on the ground, in the bushes, and today, I just couldn’t take it anymore.

Why the heck will people throw ANYTHING much less face masks on the streets and the floor? Don’t we have enough trash cans anywhere even near your hospital? I throw my discarded masks on the garbage cans, why can’t others?

A fine point, but the greenies are probably wearing their masks in the car, so it’s less likely to be a greenie mask left behind. Unless there is a puddle of jelly next to the discarded mask where the greenie used to be before they melted.

It made me angry-I live in a very blue state, so they are all in on the mask wearing.

When I leave a building, I rip my mask off like a surgeon who has just lost a patient in an OR.

For me, to see those masks, almost as if they were deliberately stuck into the branches at face level, was like they were just sticking it in my face.

This tells you that it is all about control, and has nothing to do with disease.