An hour later, the man has finished the three pints and orders three more. This happens yet again. The next evening the man again orders and drinks three pints at a time, several times. Soon the entire town is whispering about the Man Who Orders Three Pints.

Finally, a week later, the bartender broaches the subject on behalf of the town. "I don't mean to pry, but folks around here are wondering why you always order three pints?"

"Tis odd, isn't it?" the man replies. "You see, I have two brothers, and one went to America, and the other to Australia. We promised each other that we would always order an extra two pints whenever we drank as a way of keeping up the family bond."

The bartender and the whole town were pleased with this answer, and soon the Man Who Orders Three Pints became a local celebrity and source of pride to the hamlet, even to the extent that out-of-towners would come to watch him drink.

The bartender says to the man, "Folks around here, me first of all, want to offer condolences to you for the death of your brother. You know-the two pints and all.

The man ponders this for a moment, then replies, "You'll be happy to hear that my two brothers are alive and well. It's just that I, me, myself, have decided to give up drinking for Lent."

I don’t want a kiss, but I’ll take hugs rather than waves from 6 feet away.

Favorite Dennis Day is his rendition of “Clancy Lowered The Boom”

Hopefully you all know what Irish Alzheimer's is...you forget everything but the grudges!

9 posted on 03/17/2021 10:17:01 AM PDT by Gay State Conservative (Trump: "They're After You. I'm Just In The Way")
[ Post Reply | Private Reply | To 1 | View Replies]
To: Vision
I'm second generation American. I love listening to the Irish rebel songs. This one is always special. But especially now with all the forces aligned against freedom.

A NATION ONCE AGAIN

So as I grew from boy to man
I bent me to that bidding
My spirit of each selfish plan
and cruel passion ridding
for thus, I hoped one day to aid
oh can such hope be vain?
when my dear country shall be made
A Nation Once Again CHORUS

Ever hear of The Clancy Brothers? You should give them a listen. 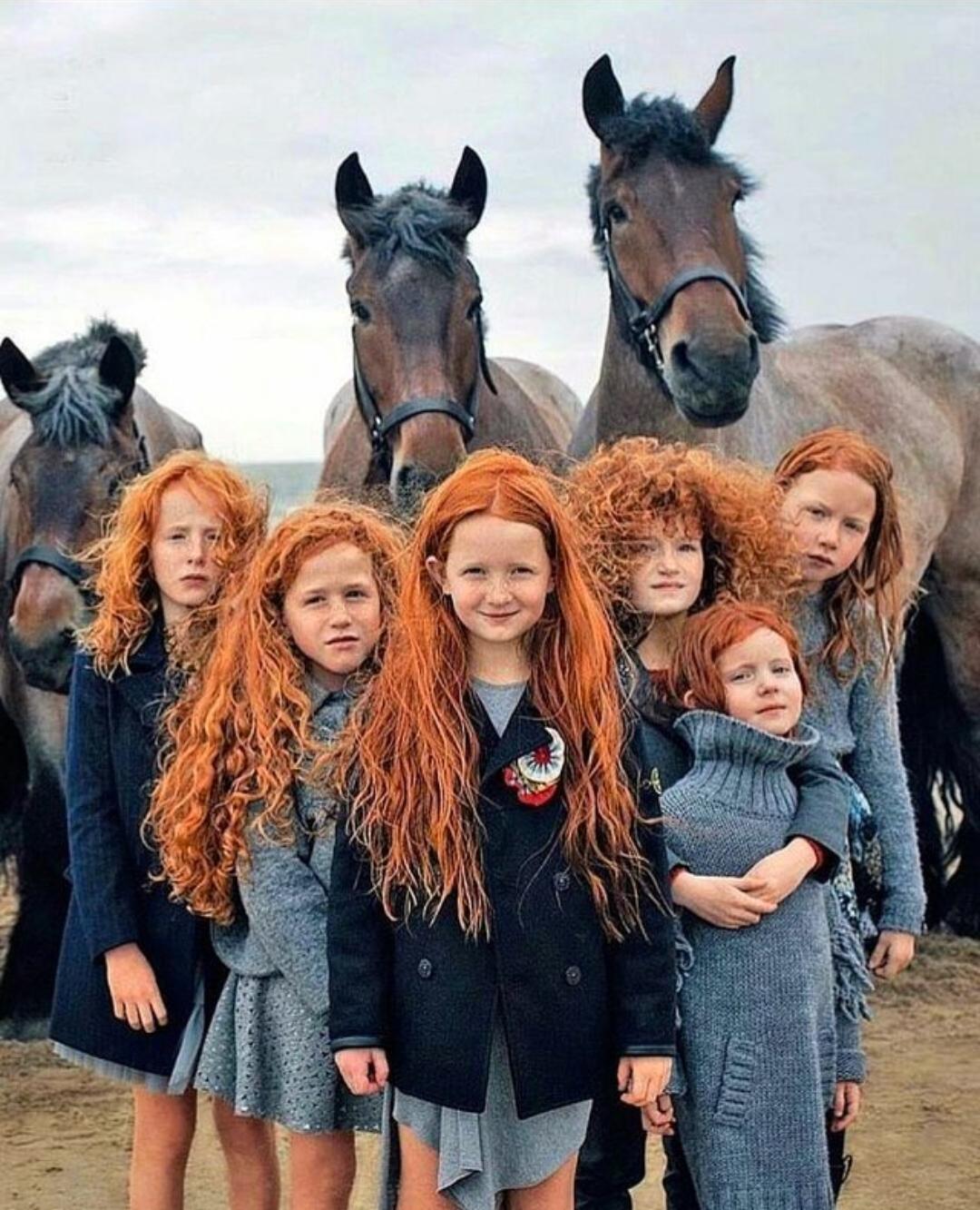 (red headed women and horses... what could possibly go wrong)

Clancy Brothers are very good. My favorite rebel songs are from the Jolly Beggarmen. A really musical group is The Yankee Celtic Concsort. A local group in Columbus Ohio. Not much on vocals but their instrumentation is top shelf.

Dubliners and even the Irish Rovers had a repertory of Irish rebel songs.

Wolfe Tones, and The Barleycorn are also worth a listen.

Thanks. This is a great version of the song. I like it better than Bing Crosby or Al Jolson’s versions.

Here’s a version I like a lot by Shane McGowen and the Popes.

Sometimes those groups sing the rebel songs like a funeral dirge. That’s why I like the Jolly Beggarmen. Lively and musical. Just my taste

Isn't that interesting. That's one of the few that coincided with Purim. The soon-to-be-hanged Nazi named Streicher yelled out "Purimfest 1946!" on October 16, 1946. It was a famous event re the "Purim Code" of Esther chapter 9.

During the gold and silver rush years in the second half of the 19th century, a number of the most famous and successful miners were of Irish and Irish American birth....Over time this association of the Irish with mining fortunes led to the expression 'luck of the Irish.'

"Of course, it carried with it a certain tone of derision, as if to say, only by sheer luck, as opposed to brains, could these fools succeed."

The word "luck" itself is Middle Dutch in origin, according to Mental Floss. The word comes from luc, a shortening of gheluc, meaning happiness, good fortune. The word was probably introduced into the English language in the 15th century as a gambling term.

The Torah is the Big Little Book of Jewish Humor.

Why else would it begin with a big bet?

In the beginning Go--

Kol Yisrael Bereshith. (Those are the last words of the Torah connected to the beginning.)

When first recorded, the title of this song was only Green. It debuted on Sesame Street on March 10, 1970.

It's not easy bein' green
It seems you blend in with so many other ordinary things
And people tend to pass you over 'cause you're
Not standing out like flashy sparkles in the water
Or stars in the sky...

The.. sages... said that Esther (the hidden star) had a green complexion.. in one sense as a reflection her Jewish name, Hadassah/Myrtle.

Green is the color of

The capital letter E contains within it three other letters: L, I, and F.

An eyelet is a little hole...

"Open up for me an opening like the eye of a needle and in turn I will enlarge it to be an opening through which wagons can enter."

27. And they told him all the words of Joseph, which he had said to them; and when he saw the wagons which Joseph had sent to carry him, the spirit of Jacob their father revived:
28. And Israel said, It is enough; Joseph my son is yet alive; I will go and see him before I die:

Ayelet Hashachar
The DEW of the Dawn: 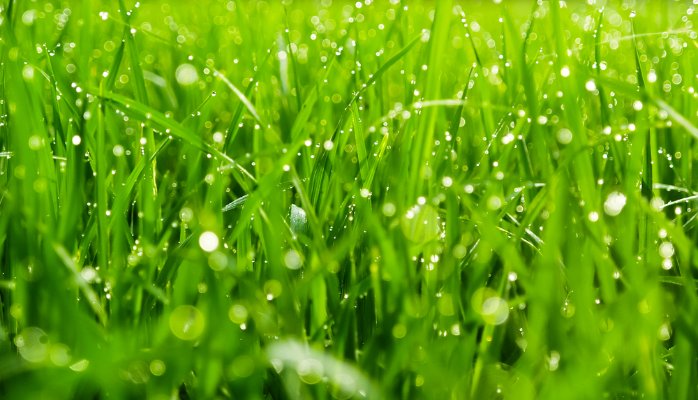 1. A Song of Ma-alot of David; Behold, how good and how pleasant it is for brothers to dwell together in unity:
2. It is like the precious ointment upon the head, that runs down upon the beard, Aaron's beard, that runs down to the hem of his garments:
3. Like the dew of Hermon descending upon the mountains of Zion; for there the Lord has commanded the blessing, LIFE for evermore:

5. And the daughter of Pharaoh came down to wash herself at the river; and her maidens walked along by the river's side; and when she saw the ark among the reeds, she sent her maid to fetch it:
6. And when she had opened it, she saw the child; and, behold, the baby wept; And she had compassion on him, and said, This is one of the Hebrews' children:
>>>
10. And the child grew, and she brought him to Pharaoh's daughter, and he became her son; And she called his name Moses; and she said, Because I drew him out of the water: 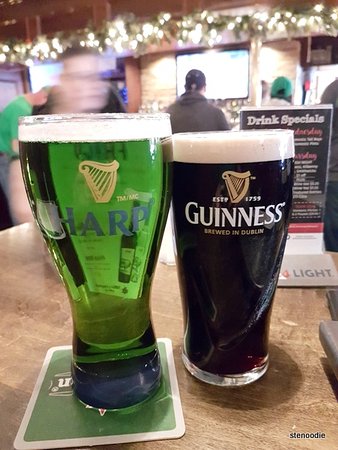 17 posted on 03/17/2021 3:46:52 PM PDT by Ezekiel (The pun is mightier than the s-word. Goy to the World!)
[ Post Reply | Private Reply | To 1 | View Replies]
To: Ezekiel; All
I prefer the original , traditional Irish music with harmonica, flute, accordion, boudran (irish drums),
with the Irish pipes (Uilleann bagpipes) and occasional playing of 'the spoons'(rhythum).
The Irish pipes (Uilleann bagpipes) are played only while sitting, which is why they aren't in any parade.

For a taste of traditional Irish music from Ireland:
http://www.livetrad.com/index.php/st-patricks-day-session-from-dublin-clip-4/

Here’s the story of Saint Patrick put to music. All of it’s true. Even the, uh, well, you’ll see.

As my own hand has written,
I was born in Britain
When Romans reigned over the place.
Though the son of a deacon,
I shunned the Lord’s beacon
And never cared much for His grace.

Then, when I was still childish,
The fierce, pagan Irish
Snatched me and stole me away.
So, with no one to save me
From those who’d enslaved me,
That’s when I started to pray.

I prayed to the God Who had freed me from sin
That He’d free me from slav’ry’s abyss
But while I was awaitin’
The Lord’s liberatin’
The pagans would taunt me like this:

Come on, now, Patrick,
Come sing of the One
Who has saved you as
You clean our mold-ridden socks.
Come on, now, Holy Boy,
Call on God’s Son
As we beat you with sticks and/or rocks.

Six whole years they enslaved me
But He Who had saved me,
His will would not never be done.
So, one day, while a-dreamin,’
I heard a voice screamin,’
A voice that was telling me:

Home was my hope
When I spotted a boat
And the captain then let me on board
But when he pulled his nipple,
I didn’t...
[Interrupted]
...and then brought me home, thank the Lord.

Back in the arms of my mother and father
Living the life I had missed.
But so strangely, while dreamin,’
New voices were screamin,’
All of them telling me this:

Come on, now, Patrick,
Come back to the land
Of we pagans who gave you your chains and your strife.
Give us love and forgiveness;
Extend us your hand
With the words of the Author of life.

After this revelation,
I sought ordination,
Then looked at my bishop and clan.
“Let me preach Him Who saved me
To those who enslaved me.”
And this is what my bishop said:

Hey, look, it’s Patrick, that we put in chains.
What are you doin’ back?
I have come to proclaim
That the One Who forgave me
Is righting the wrongs.
So come gather around;
Let me sing you His song.

Preach, Patrick, preach
Save the souls [on the aisle? it’s unclear.]
But don’t lose heart
‘Cause it might take a while.
[Interrupted.]

I just preached Him Who saved me
To those who enslaved me
And freed them from death and from sin.

And he also told us that after we became Christians
We wouldn’t have to do the, uh, you know, nipple thing anymore.
[Interrupted.]

Those little girls and their flame-red hair are inexpressibly beautiful. Thanks for posting that remarkable picture.

The Irish, being an island and relatively poor for centuries, bred this distinctive subgroup of people. The aborigine Irish bog people from the Stone Age were very small, with black hair and blue eyes, according to my tour through the Irish Archaeological Museum in Dublin.

I read elsewhere that the red hair was a genetic “combustion” from when the blond Vikings entered Ireland for conquest or resources (via Dubln Bay north of Dublin, south of Drogheda) around the year 841, raping, seducing and possibly even marrying the dark-haired Irish, for what it was worth in those circumstances.