RUSH: The next Trump rally is scheduled at 1:30 this afternoon, about an hour and a half from now. It will probably get started on time, close to it, in Tampa, where there are already, and have been, thousands of people already in place lined up ready for yet another Trump rally.

I’ve got pictures here of Kamala Harris. She was at a rally - I don’t even remember where it was - I guess it was Arizona yesterday. In fact, Brian, since I’m talking, we’ve got these two pictures up here that we can contrast, we’ll put ’em on the Dittocam, and, for those of you in Rio Linda that don’t have the Dittocam, if you’re not a subscriber at RushLimbaugh.com, if you’re not watching the program, we’ll put it at RushLimbaugh.com eventually.

There is Kamala Harris. There she is at a car horn rally in Arizona. Why even bother? That’s it, folks. That’s the crowd that she drew. I’m looking at one, two, three, four, five, six cars. And the angle of that photo is designed to show the crowd. It’s taken from behind her. You can see her there on stage.

Now, let’s switch over to Trump, and look at that. That’s just one of his two rallies yesterday in Arizona. And I remember back in 2016 that everybody was saying crowd size, “Ah, you can’t extrapolate crowd size and voter turnout. You just can’t. They’ve never been able to do that in politics.” And they’re saying it again this year. It’s amazing. These gigantic crowds for Trump, which are larger than they were four years ago, don’t matter. They just don’t matter. They’re not a factor.

The fact is that Biden, Kamala, Barack Hussein Obama are not drawing flies, no, that doesn’t matter, either. At any rate, it’s fascinating to watch all of these professionals try to suppress the vote, try to depress you and otherwise dispirit you. 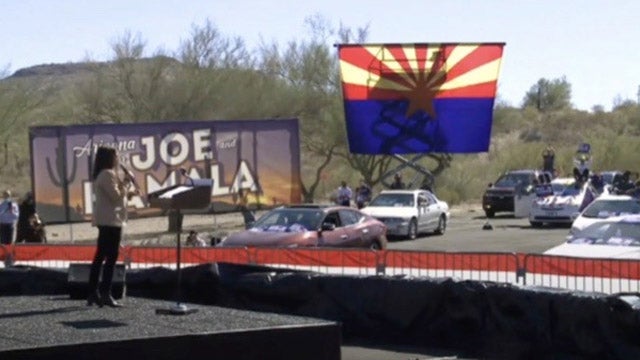 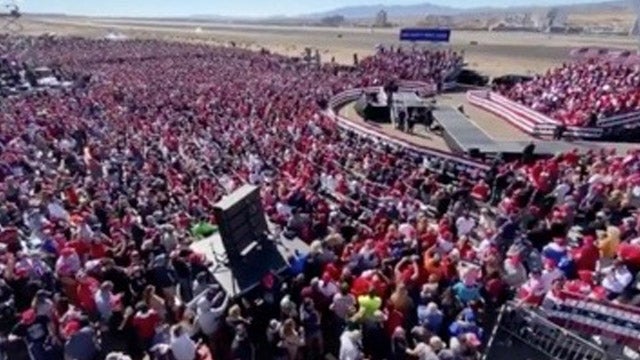 Trump does this 3 - 4 times a day. Speaks for an hour and a half. Meanwhile the basement dweller Biden cannot draw flies.

Being a really older American, having lived all over the world, I know crowds and I know from crowd sounds when people are joyous and when they are not.

Republicans are joyous, consistently and loudly.

Biden’s and Harris’ crowds are somber and clearly unhappy.

I wonder why that is...as she shakes her head sadly and snarks behind a closed fist.

Optics make for great TV but it only matters if these people vote straight republican ticket at least once. 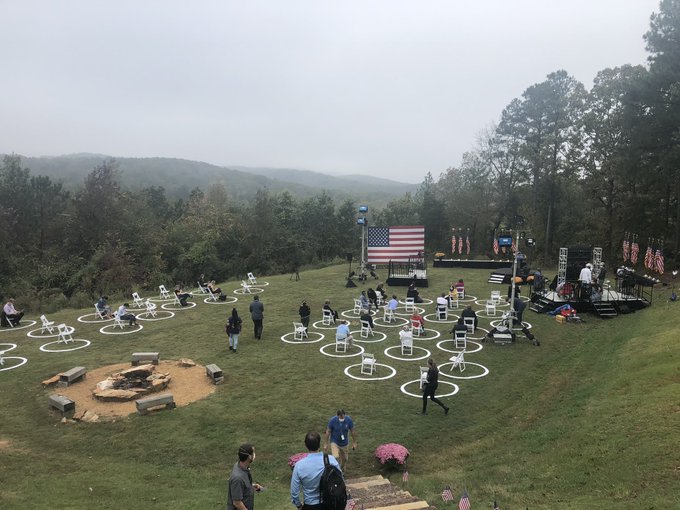 The buzz is Bidens GA audience consisted of:

<><>several escapees from an insane asylum taking a rest

<><>a busload of border-jumpers looking for the gravy train.

<><>some of Hunter's contacts looking to get paid for his stash.

Conservatives posting pictures on Facebook that compare Trump to Biden rallies get flagged by the marxist “fact-checkers” with the following warning label:

Does anyone believe that... about anything?

I need not explain.

9 posted on 10/30/2020 3:42:02 AM PDT by USS Alaska (NUKE ALL MOOSELIMB TERRORISTS, NOW.)
[ Post Reply | Private Reply | To 1 | View Replies]
To: Bodega
Well it nails the key point - Enthusiasm. The Trump supporters will turn out to polls. The left is motivated by hate. They are as likely to eat three pints of ice cream and spend the after crying in bed as turn out to the polls. 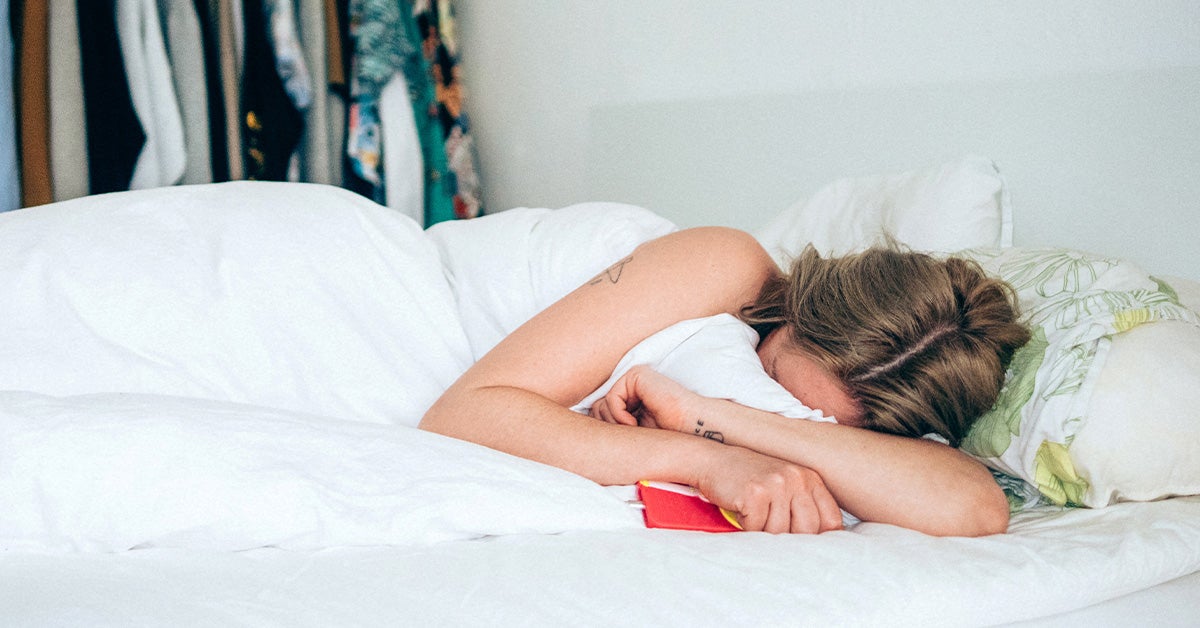 10 posted on 10/30/2020 3:47:20 AM PDT by Caipirabob (Communists...Socialists...Fascists & AntiFa...Democrats...Traitors... Who can tell the difference?)
[ Post Reply | Private Reply | To 3 | View Replies]
To: Libloather
Just think for a minute that it was you who had to go out in front of all those (what is it? 12?) cars and give a speech that makes the case for why you should be the next vice-president of the United States. At some point during the speech wouldn't you have to think to yourself, wouldn't the thought have to enter your head, wouldn't it dawn on you somehow, somewhere, some way--you'd be sounding like Maria in West Side Story at this point, and that thought might bring a little smile to your face, a smile that gets you through to the next riveting proclamation that you know will just put the nail in ol' Donald's coffin...but then...you'd realize:

it is the silent vote that will make a difference....

Biden is supposed to be in St Paul MN today. No announcement as to where his “invitation-only car horn’ rally is supposed to be. I think they don’t announce the location of his events because they know Trump supporters will show up and outnumber the tiny band of Biden voters who show up. They also know that the media will do everything they can to hide the fact that the “crowd” is just a handful of people. They always try to make the Biden “rallies” sound as big and as important as the Trump rallies, with the usual headline of: Trump and Biden Hold Dueling Rallies.

Biden is supposed to be in St Paul MN today.