If you've got type 2 diabetes and love drinking green tea or coffee, new research suggests you may be reducing your odds of a premature death.

But you need to really love these drinks. The study found that having four or more cups of green tea along with two cups of coffee daily was linked to a 63% lower risk of death during the average five-year follow-up.

On their own, a single cup of coffee or green tea daily might lower your risk of early death by 12% to 15%, respectively.

"Familiar beverages such as green tea and coffee may have health-promoting effects. We have shown that higher consumption of green tea and coffee was associated with reduced all-cause mortality, and their combined effect appeared to be additive in people with type 2 diabetes," said lead author Dr. Yuji Komorita, an assistant professor at Kyushu University's Graduate School of Medical Sciences in Fukuoka, Japan.

Komorita said it's unknown how either drink may aid health. Both contain nutrients that may reduce inflammation, among other healthful benefits. Since coffee and green tea together were linked to an even lower risk of early death, Komorita suggested that each may have different beneficial substances that act on different diseases.

But Komorita added an important caveat: This study was not designed to prove cause and effect. As an observational study, it can only find an association. Komorita also pointed out that researchers didn't have a lot of information about participants that could affect the findings, such as their education, income and family history.

The study included almost 5,000 Japanese adults, with an average age of 66, with type 2 diabetes. Almost 2,800 were men. Their health was followed for about 5 years.

Participants completed a lengthy food and drink questionnaire that asked how much green tea and coffee they had daily. They were also asked lifestyle questions, such as how much exercise they did, alcohol and smoking habits, and how much sleep they typically got.

During the follow-up period, just over 300 participants died.

Compared to people who didn't drink either beverage, participants who had green tea or coffee were less likely to die during the study, the researchers found. Those who drank both had the largest reductions in death risk.

And, the more you drank, the lower your odds of dying, the study found. Folks who had more than four cups of green tea daily had a 40% lower risk -- the same as those who had two or more cups of coffee. Those who had just one of these beverages daily had a 15% or lower odds of early death.

Dr. Minisha Sood, an endocrinologist at Lenox Hill Hospital in New York City, wasn't involved in the study, but is familiar with the findings.

"The positive effects of green tea are not specific to people with diabetes," she said. "It has been shown in multiple population studies that people in Japan who consume significant amounts of green tea experience a lower mortality rate from all causes and cardiovascular disease."

While the researchers found a similar link for people in Japan with type 2 diabetes, Sood said the findings may not apply to the U.S. population. The quality of the green tea in Japan is likely different, as is the population, she explained.

"It is also important to be cautious when interpreting the findings of this study because this group of patients was, on average, non-obese patients with controlled blood pressure," she said.

Registered dietician Pat Talio also suspected that the quality of the green tea may be different in Japan. She's the clinical nutrition outpatient program coordinator at Northern Westchester Hospital in Mount Kisco, N.Y.

Even more important, she noted, the amount the Japanese are drinking may be different and they're not necessarily adding cream and sugar.

"Green tea and coffee may provide a benefit for everyone because they're made from plants, and all plants -- like fruits and vegetables -- come along with beneficial antioxidants and phytochemicals that may reduce inflammation," she said.

Still, Talio added when it comes to hydration, "water is our best bet. If you do drink coffee or tea, think about how you're drinking it." If you're sweetening it and adding milk or cream, you may be reducing its health benefits, she said.

RE: Coffee, Green Tea may extend life of those with type 2 diabetes

Ok, but what about QUALITY OF LIFE?
Who wants to live that long when you are constantly in pain and in need of dialysis?

This ad campaign lured me into a lifetime of addiction.

Guess it was a good idea to attach an IV to my coffee drip machine . . . 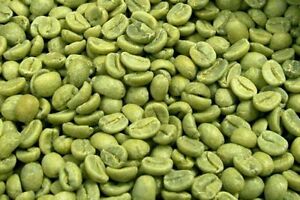 My father had type 2 diabetes and drank coffee, tea, red wine and beer... And he smoked a pack a day and died a month short of 87... So add the smokes, wine and booze and you’re bound to live at least that long.

Of course, he also ate fish every Friday and attended church every week so maybe that helped a bit too.

Until the cup gets knocked over and the liquid fills up the sound board . . .

I’m always looking for natural remedies that will reduce inflammation in my body, for example, in my achy knees.

11 posted on 10/26/2020 4:36:20 PM PDT by Ciexyz (Prayers for America.)
[ Post Reply | Private Reply | To 1 | View Replies]
To: nickcarraway
Coffee, green tea, vegetables, fruit and exercise will extend your life if you take it *instead of* whatever junk food you were planning on eating.

My Dr told me about a similar study. There’s evidence that suggests the antioxidants in coffee may help stabilize blood sugar levels.

What does kidney disease have to do with this?

Works for me — hopefully...

What about those of us who don’t usually drink hot liquids?
Will Vivarin Caffeine Pills do the same thing?
200 mg of caffeine per pill!

Unfortunately I can’t drink coffee.it messes up my stomach.

What size cup did they use? Was it those tiny little cups without handles that only holds 3 oz at a time, or a 12oz mug? I drink 1/2 pot of coffee per day which is about 4 10 oz cups. If I use a 16oz cup I tend to drink more, but its still about 4 cups (container refills).

I happen to notice some green tea in the cupboard that a friend gave me. I don’t know if I like it or not but I’ll try it. I tend to like orange peco/black mix. If it reduces inflammation, I will give it a whirl. If I like it, I will keep it up.

I have Type II, and I neither have pain, nor need dialysis.