Dexter Morgan’s second act as a lumberjack is coming to an end: Showtime has ordered a 10-episode Dexter revival, with Michael C. Hall on board to reprise his role as the killer vigilante.

Original EP Clyde Phillips will be back as showrunner of the quasi-ninth season, which is set to begin production this winter ahead of a Fall 2021 launch.

“Dexter is such a special series, both for its millions of fans and for Showtime, as this breakthrough show helped put our network on the map many years ago,” said Showtime president Gary Levine in a statement. “We would only revisit this unique character if we could find a creative take that was truly worthy of the brilliant, original series. Well, I am happy to report that Clyde Phillips and Michael C. Hall have found it, and we can’t wait to shoot it and show it to the world!”

Dexter made its Showtime debut in Fall 2006 and ran for eight successful (if polarizing) seasons. In the much-maligned series finale — which aired on Sept. 22, 2013 — Dexter faked his death and assumed a new identity as a lumberjack. (TVLine readers gave the episode an average “D” grade.)

“I thought it was narratively satisfying — but it was not so savoury,” Hall previously conceded of the swan song, adding, “I think the show had lost a certain amount of torque. Just inherently because of how long we’d done it, because of the storytelling capital we’d spent, because our writers may have been gassed… Maybe some people wanted a more satisfying… ending for him, either a happy ending or a more definitive sense of closure.”

Showtime has for years been kicking around the idea of resurrecting Dexter. In 2014, then-president David Nevins confirmed that “ongoing conversations” were taking place to revive the franchise, but maintained any new series “would have to involve Michael… If we were to do it, I’d only do it with Michael.”

Someone has to say it...

That show was just so creepy.

If scene one doesn’t reveal that seasons reveal that seasons 7 and 8 were a dream forget about it. That show just got worse every season and finished awful. Only good part was it gave Jeff Lindsay an opportunity to really roast the hell out of the show in his books.

“That show was just so creepy”.

Agreed. My adult son watched it. I could not get it to it. Too much violence for my taste.

The book was twisted by the show already and I have a feeling the new Dexter will indeed be woke and watered down.

What I remember is that Dexter “dispatched” his Victim’s in gruesome ways early in the Series. As time went on he did the deed the same way, strap them to a table snd stab the in the heart.

Nothing worse than a boring Serial Killer.

In particular I never bought into Deb's decline and complete 180 from everything she had ever been. She became a completely different character.

That brings up a thought - how can they have Dexter without Deb dropping the eff-bomb every few minutes? Or her creative uses/adaptations of the eff-bomb?

Really though, it is going to be tough to do, tough to make satisfying for their fans. Sure, a lot of us will tune in for the first couple of episodes to see what's happening. But how do they "hook" people into watching all 10? It can't be more of "oh look Dex drugging, stripping a bad guy/gal and then wrapping them in plastic before dismembering them..." Yawn. Nearly everyone that knew about his former activities are dead. He has no real ties to Miami any more. My guess is their story line will involve Hannah and Harrison. They're really the only unanswered questions.

What’s the difference between a showrunner and a Director, anybody know? 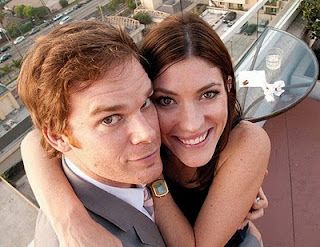 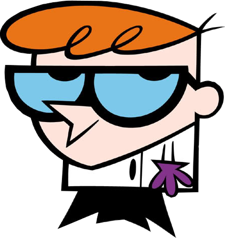 The showrunner is the leading producer - usually the creator of show - and has creative control of the series. Directors aren’t a big thing in series television like they are in film. Series usually have different directors for different episodes.

Hall is getting a bit old for the role.

I don’t have a good feeling about this. The show took some huge risks while it ran (like killing off an important character), and they pretty much managed to land on their feet, but this seems like a recipe for disaster. What’s next, a new, politically correct season of Entourage?

The ending was so stupid, and a bit of an FU to long time fans of the show.

I think the show took a nose dive after the sublime Trinity killer season with John Lithgow. But the last two or three seasons were just crap.

Another show from Showtime was Dead Like Me. I thought it could go on forever. So many possible stories. At least if DLM came back, the leads could change anytime they wanted. lol But, the ones they had were fun.

I loved Dexter the first few seasons. But, yes, towards the end, it got too soft. And, the change in Deb was a “jump the shark” sort of thing. Enjoyed the guest stars! John Lithgow, Jimmy Smits, Keith Carradine, trying to remember more but I know they were there!

Dexter needs to go after a few people with D next to their name.