An American military contractor pleaded guilty today to her role in a theft ring on a military installation in Kandahar, Afghanistan.

Varita V. Quincy, 35, of Snellville, Georgia pleaded guilty before U.S. Magistrate Judge Douglas E. Miller to one count of conspiracy to defraud the United States and one count of making false official statements.  Sentencing is set for Feb. 23, 2021 before Judge Rebecca Beach Smith.

Quincy admitted that, between April 2015 and July 2015, she, Larry J. Green of Chesapeake, Virginia, and others conspired to steal, and did steal, equipment and property of value to the United States while working for a government contractor operating on Kandahar Airfield, in Kandahar, Afghanistan.  Kandahar Airfield was used by U.S. military forces to support U.S. military missions throughout Afghanistan.

Quincy was a supervisor in the office that issued security badges required for the movement of personnel and property on and off Kandahar Airfield.  Quincy admitted that as part of the conspiracy, Green identified items of value to steal, such as vehicles, generators, refrigerators, and other equipment.  Green negotiated the sale of those items with persons outside of the installation.  Quincy then facilitated the thefts by creating false official documents, or instructing those she supervised to prepare such documents, to facilitate the entry of unknown and unvetted Afghan nationals and their vehicles on to the military installation to remove the stolen property.  Quincy shared in the profits from this scheme.  The false documents she created, or directed others to create, were used to deceive security officers and gate guards and thereby compromised the security and safety of the military installation.

Is a photo necessary?

What was he going to do with it? Sell it on the black market ?

How stupid do you have to be to think you wouldn’t get caught doing that?

10 years in jail for selling stolen refrigerators to Afghans.

It is a SHE and SHE Is one of obama’s people.

You gotta be desperate and stupid to sell to the Afghan black market. I just can’t imagine them having much money.

Maybe they paid her in Black Tar Heroin.
I hear they have plenty of that.

Well, they have to make some money off all the opium poppies they grow. 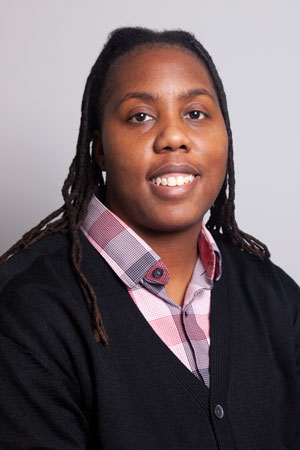 11 posted on 10/13/2020 2:21:18 PM PDT by ImNotLying (The Constitution is an instrument for the people to restrain the government...Patrick Henry)
[ Post Reply | Private Reply | To 10 | View Replies]
To: ransomnote
"Quincy then facilitated the thefts by creating false official documents, or instructing those she supervised to prepare such documents, to facilitate the entry of unknown and unvetted Afghan nationals and their vehicles on to the military installation to remove the stolen property. "

She took money to put Americans' lives at risk. Throw away the key.

Mooch is bulking up as we type

American Soldiers are risking their lives in Afghanistan to help build an honest government, and American civilian government employees are showing the Afghanis how to steal from the US Taxpayer.

They sold stuff to afghans. Pennies to dimes on the dollar.

18 posted on 10/13/2020 2:54:38 PM PDT by Cobra64 (Common sense isnÂ’t common anymore.)
[ Post Reply | Private Reply | To 1 | View Replies]
To: zek157
Yep. When I worked there as a volunteer and on contracts for a whitecaps I would get MREs on Flower Street for under 50 cents. Flower Street had rickety grocery stores catering to foreigners. Meals Ready to Eat cost US taxpayers $6+ each. So “pennies to dimes” is right on.

Now some of the MREs were past expiration but that’s irrelevant as they last forever except for Tabasco sauce drying out. I ate them so much I made a menu of what all 28 varieties contained, so I could buy the ones I liked and keep inventory.