Monday, Mark Cuban appeared on the Megyn Kelly Show. The NBA owner spun the NBA’s tank-job as hard as he could, discussing the league’s ratings collapse, Black Lives Matter, and the NBA’s relationship with China.

As Outkick has written, the 2020 NBA Finals are an historic disaster — with games down as much as 58% year-over-year. Kelly accurately blames the league’s decision to go political for the millions of Americans turning away.

“You wear a pink ribbon to support breast cancer is one thing. Putting BLM in the middle of the court when it’s not supported by virtually any Republican in the country [is another],” she started.

Cuban then oddly asked Kelly “which BLM group” she was referring to.

“It’s a group founded by Marxists, who want to dismantle the nuclear family and defund the police,” Kelly responded.

Cuban claimed that BLM.com and the movement were not the same: “You never, ever heard [the NBA] talk about Marxism.”

Kelly got him again: “To pretend BLM — dot com, or otherwise — is not about defunding the police is dishonest. The basketball players have made clear, they support that.”

Cuban didn’t deny that certain players want to dismantle the police. “Individual players can have their opinions,” he says. The NBA “is interested in police reform. We’ve never talked about defunding the police.”

Though Cuban is correct the NBA, as a unit, has never stated they are for defunding police, the league has fully embraced BLM. The group, as Kelly notes, “devotes” itself to defunding law enforcement agencies across the country.

Cuban tried to argue that there was no one speaking for BLM, but that isn’t true either.

“The co-founder of BLM, Patrisse Cullors, was on TV saying, ‘We should abolish law enforcement,'” Kelly noted.

For some reason, Cuban claimed that networks were simply re-airing Cullors’ quotes.

“Your audience is fleeing,” Kelly said on the topic of viewership decline. “They object to the politicization of the league… [The NBA] has suffered.”

Kelly broke down the Finals’ turnout:

“Lowest Finals opener ever. Game 2, another new low. Game 3, down an unprecedented 58% from last year.

“This is during a marquee matchup with the Lakers and Heat. Last year, they had some team in Canada. That matchup is crushing what we are seeing now.”

Kelly summed up the series: “This is an unprecedented viewership collapse.”

Here is where the discussion got good. Cuban used the same excuses the sports media has used for years to distract from the NBA’s tanking numbers. He blamed the media outlets that Kelly chose to cite: “The sources might not be reflective of reality.” Kelly said she read about the NBA ratings on Outkick.

“You are not looking outside NBA ratings to see what is happening in media,” Cuban fired back. He also mentioned horse racing’s decline.

As I explained last week, NBA defenders are now comparing the league to niche sports — like horse racing and hockey. But in 2016, the same media members compared the NBA with the NFL.

Which one is it? Is the NBA on its way to catching the NFL, or is it a niche sport catered to a specific audience? 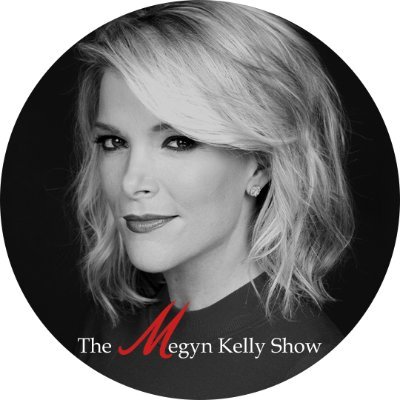 Sounds like Megyn wiped the floor with this dolt.

Reminds me of the bulldog Megyn Kelly of old before fame went to her head. Too bad she screwed herself.

Megyn knows a little about collapsing ratings. Cuban should pay attention, but I guess BLM is, “just an idea”...

Seems to be a race to the bottom and bankruptcy.

“Too bad she screwed herself.”

She was very good in her early days.
Quick, tenacious and sharp.
Then she got a big head.

Spectator sports are popular because they are an escaped the from worldly concerns like politics.

Steep them in divisive politics and you destroy their value to spectators.

Mark is obviously not a rocket scientist.

Keep digging no one is coming back Trump keeps on winning.
He and LeBron blew up the NBA and it feels so good.


I’m not an expert on the subject, but for many years horse and dog racing were the only legal forms of gambling in virtually all of the country. Both are declining/disappearing because the acreage taken up by a track, dog or horse, can hold an awful lot of slot machines.


Basketball, football, baseball should be having record numbers of viewers since so much of the nation is stuck at home a lot more than in years previous. Yet viewership/interest is way down. I wonder what the difference can be?

Wow, Megyn crushed his balls in a vise. Is she trying to reclaim her conservative bona-fides since her messy (but very well-compensated) downfall from FoxNews and NBC?

BTW, Megyn was disappointing to us when she was fettered by the suits, especially at NBC. But I’ve started to listen to her on her podcast and she’s excellent. Her hour-long interview with Candace Owens was particularly good, so was the one with Sen. Cruz.

The NBA ratings are dropping “for reasons not clear”.

Like the NFL, they gave control of the asylum to the inmates and they are betting this will all blow over by next year. They are wrong.

They are catering to liberals, most of whom don’t like sports anyway. They are running off normal people who do like sports.

There is a technical term for what they will gain by doing this: