Closeup clearly shows protester pulling a gun on driver.
These people are dangerous.
***************
Not only then, but as the vehicle was driving away another is seen pointing a gun.

This needs to be headlines all over the place. BLM and Antifa are the same, at first, one covering for the others actions, now both violent.

Both need to be declared domestic terrorist groups.

Both need to be outlawed.

Soros needs to ber arrested, and charged for funding these groups.

Maybe this will be the first strike?

copper ? tungsten used to be used because it’s weight was so close to that of gold.
What’s this world coming to...Crooks don’t even care anymore.

But it don’t beat this in the story: “As for the gold, several billion in gold bars never existed” 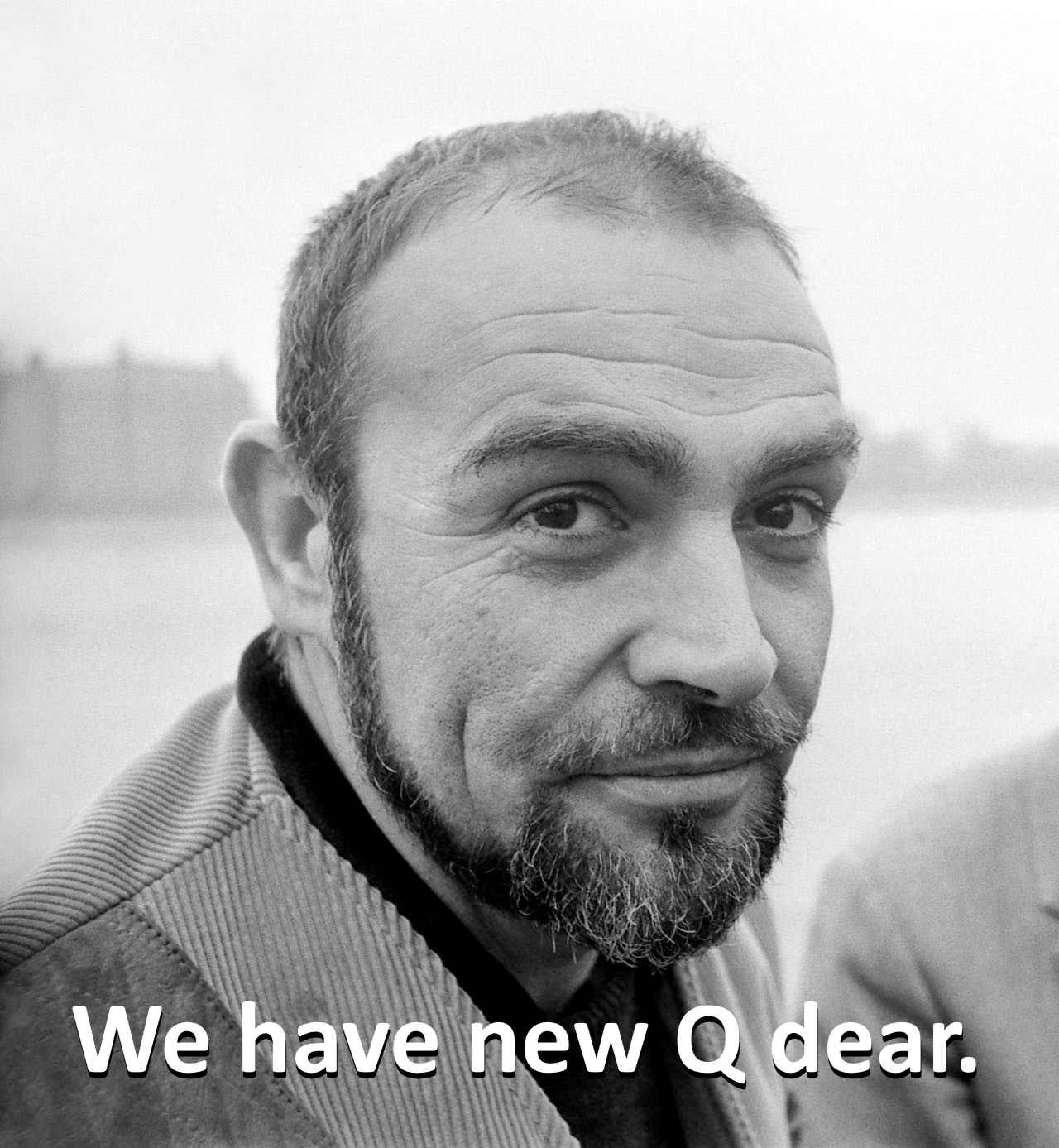 One way that the justices appointed by 0bola could be removed, when he is proven in a court of law to not have been eligible to hold the office of President (or Senator, for that matter), seems to relate to civil law but seems applicable although he’s not in the position any more.

In British and American common law, quo warranto (Medieval Latin for “by what warrant?”) is a prerogative writ requiring the person to whom it is directed to show what authority they have for exercising some right, power, or franchise they claim to hold.

Quo warranto today
In the United States today, quo warranto usually arises in a civil case as a plaintiff’s claim (and thus a “cause of action” instead of a writ) that some governmental or corporate official was not validly elected to that office or is wrongfully exercising powers beyond (or ultra vires) those authorized by statute or by the corporation’s charter.

Definition
Latin for “by what warrant (or authority)?” A writ quo warranto is used to challenge a person’s right to hold a public or corporate office. A state may also use a quo warranto action to revoke a corporation’s charter.

1,469 posted on 06/30/2020 9:21:07 AM PDT by BiggBob (Lions don't lose sleep over the opinions of sheep.)
[ Post Reply | Private Reply | To 1466 | View Replies]
To: ransomnote; bagster; Cletus.D.Yokel
The faux "fact checkers" insist BLM and DNC have completely different funding streams and are not related in any way. (secure.actblue.com).

This thread is not labeled the "Sunday Afternoon Ladies Society of Non-Spouting-Off". Sorry, Petey, but I grow tired of the language scoldings (not just by you...this may be the first I've seen by you).

We are damn adults here. Plenty of things get said here that I don't agree with, that make me want to puke, or that just make me feel sorry for the poster. I don't scold the poster. As a rule, I don't gratuitously swear, but if that's what it takes to wear the Language Police down...>Hey, it has worked so far for the JFK Jr. Is Not Dead crowd...

Thank you for a bit of history lesson.

1,474 posted on 06/30/2020 9:31:06 AM PDT by little jeremiah (Courage is not simply one of the virtues, but the form of every virtue at the testing point.)
[ Post Reply | Private Reply | To 1381 | View Replies]
To: tiki
The reason I rarely participate on these threads is because I usually get extremely stressed and my blood pressure can go through the roof. I hate your take on the drop but totallyagree w/your opinion. This is when I just shut it down and go pray. Lately, it seems I pray half the day and wake up at night praying.

I just have to trust God and President Trump to deal with it but dang its hard to do.

I can identify with your post. The struggle is real. :D
I liked this video so much I downloaded a copy. It's 13 minutes in length and I found it inspiring in a slightly different way  than I had encountered before.

The Secret To The Power Of Prayer.....This Is Why It's Important to Pray

I was listening to it again while typing this message, and paused with a smile when I heard the narrator say, "If God were against you, then believe me, you wouldn't have gotten as far as you are now...." All the amazing things that have happened since that miraculous night in November of 2016!

I happen to like many of the videos in this series. They are from the Youtube Channel named Lion of Judah. In searching for the one above to provide the link, I came across this one about the Armor of God. It's good, I just happen to like the one about prayer better.

How To Put On The Armor of God

1,476 posted on 06/30/2020 9:33:27 AM PDT by HippyLoggerBiker (Always carry a flagon of whiskey in case of snakebite and furthermore always carry a small snake.)
[ Post Reply | Private Reply | To 1470 | View Replies]
AnonsTitle: They Sent Positive COVID-19 Patients from Mexico into California to Reignite the Virus (Wave 2)
Q4546
Q!!Hs1Jq13jV6 30 Jun 2020 - 12:00:13 AM
https://www.nytimes.com/2020/06/07/us/coronavirus-border-mexico-california-el-centro.html📁
[camouflaged by protests_riots]
COVID-19[2] positive patients in MEXICO were quietly transferred [routed] to CA.
"The swelling numbers of COVID-19 patients entering the United States from Mexico comes as many parts of California have pushed down their infection rates, enables many counties to lift stay-at-home restrictions and reopen businesses."
NEXT:
https://deadline.com/2020/06/california-coronavirus-update-governor-gavin-newsom-says-l-a-county-could-close-back-down-soon-we-will-be-stepping-up-our-enforcement-1202972895/📁
HOW DO YOU MAINTAIN CONTROL OF THE NARRATIVE [MAIL-IN VOTING NECESSARY] AND ATTEMPT TO KEEP CONTROL OF POP?
Next challenge: rise in cases [due to testing inc & MX>CA] but overall decrease in death rates [nursing home scandal in public domain _no longer viable option].
Q

The difference is that officers are expected to know what is a lawful order and what is not. If we obey an unlawful order we do not have the legal fig leaf that the enlisted have.

Latin for “by what warrant (or authority)?” A writ quo warranto is used to challenge a person’s right to hold a public or corporate office.
**************

If the first strike is to indict Obama, and prove that he was not eligible to serve as President, and in so doing, cancel out all he did in office (including his SCOTUS appointments), the world would explode.

The indictment will need a point-by-point listing of how he betrayed our nation, and the world in general, and the compliance of the DNC, and MSM.

This would certainly bring about a massive storm.

Talk about “Darkness to Light”, and a Great Awakening.

I just wanted to post an Arizona update. Things feel like they are heating up here so to speak. Our little town was ready to have our annual Independence Day festivities. Last week Gov. Ducey issued a new EO that made it impossible for our Chamber of Commerce who sponsors most events to comply with his order so they cancelled everything.

Heber-Overgaard isn’t just any town, we are loaded with fierce Patriots. A grass roots movement began to have our parade anyway. Then another group raised enough money for the fireworks to go on. Now the Children’s Patriotic Program is still going to happen along with the Patriots Run.

I contacted my AZ State Senator Sylvia Allen and she is going to attend. She did say that Ducey’s latest says “unless Constitutionally protected” so I told her Free Speech, The Right to peaceably assemble are Constitutionally Protected. I am disgusted that his latest bans gatherings of 50+.

I told her We had the honor guard from the American Legion ready to lead the Patriot’s Parade and then their executive board voted to stop them from walking in the parade. That didn’t sit well, so they all QUIT the legion. Now we have the Independent Honor Guard leading the way.

Many of our local families are going to have floats and Governor Ducey be damned we are having a Patriot’s Parade on Independence Day. Prayers up that our Grandkids Costumes arrive in time. Lady Liberty, Betsy Ross, Paul Revere, George Washington and Benjamin Franklin are depending on Fed Ex. I ordered 501 Citizens Rule books to hand out (Pocket Constitution and Bill of Rights). Oh, I almost forgot I also am printing 250 ReDedication cards. I found my Grandmother’s card and I just love it, here is what it says, “I believe in the principles of the Declaration of Independence and the Constitution of the United States. In accepting the privileges of the Bill of Rights, I recognize the obligations they entail, and the self-discipline they exact.

I recognize that those institutions rest on a basis of faith in man and faith in God. I recognize that those institutions can endure only where there is fair dealing between individuals and between the government and the citizen, respect for each individual’s right to be himself, and a sense of national fellowship, regardless of color, race or creed.

I recognize that on me rests a supreme responsibility, since it is on the loyalty, patience and courage, the honesty, decency, unselfishness and kindly spirit of myself, and of men and women like me, that the welfare of America depends.

I recognize finally that as a citizen of the great Republic, my first duty is to live according to this understanding; and my second, to help others to see the obligation of free citizenship.

In this spirit, I cooperate in National Re-Dedication, and make my contribution to its power.

Freedom of Worship
Freedom of Speech
Freedom of the Press
Right of Assembly
Right of Petition
Right of Private Property
Security from Arbitrary Power
Equal Justice for Everyone
Trial by Jury
In Return the Bill of Rights expects of you:

It is a privilege to live in America. We have so much more freedom than citizens of other countries. We must work diligently to preserve our rights and our Freedom. Where we go one, we go all.”

The next couple of days are going to be incredibly busy with getting the float ready and preparing for our Farmer’s Market. Please pray for our little town and our attempts to stand for our freedom and liberty.