Navy Secretary who flew 8,000 miles to smear fired Theodore Roosevelt captain as 'naive' and 'stupid' in furious leaked speech to sailors offers to QUIT - and now Defense Secretary is considering whether to accept it
Dailymail.com ^ | 04/07/2020 | Emily Goodin

Acting Navy Secretary Thomas Modly offered his resignation Tuesday as lawmakers pressured President Donald Trump to take action in the wake of Modly's profanity-laced tirade to the crew of the USS Theodore Roosevelt.

Modly submitted his resignation letter to Defense Secretary Mark Esper on Tuesday after meeting with his him one-on-one, Politico reported. Neither Esper nor the White House pressured Modly to resign, an official told the website, and it is unclear whether Esper will accept it.

Writing the request isn’t an issue IMO.But releasing it to the press is,IMO,a court martial offense.I haven’t seen confirmation of who was responsible for that release (leak) but if the Captain was fired that suggests to me that it was him.

As I watch Fox right now, he HAS resigned.

What a mess this turns out to be.

The Captain should never have let that letter venture anyplace out of the chain of command. That constitutes a leak of classified operational readiness details.

But you can remove someone from command without having to fly to their ship and deliver a profanity-laced diatribe over the intercom.

I hope the brass demonstrated they were just as concerned with the conditions on the ship as they were with the leak to the press.

If I were a crewman, I would like to see some mention of that, too, besides the kneejerk freakout about the press leak.

Time for a wholesale purge of the Armed Forces. Too many “perfumed princes” promoted under Obama’s reign.

I do not think we are getting the entire story on this entire episode.

My take on it is... The Captain writing a questionable letter wasn’t a problem had it been kept private. The leak suddenly made higher ups feel they had to take control back.

Then the Admiral chewing him out wouldn’t have been an issue had he kept it private, but he did it publicly.
Hello kettle, meet pot.

The crew saw a Captain who was very much concerned about their personal well being and came to his support.

Just an unfortunate affair all around that certainly could have been handled better by the Officers.

I understand why he was let go because of the leak.

However, kicking a man when he's down in front of the people who believed he was trying to help them was out of line.

Did no one review his speech? Did no one tell him it's one thing to be firm in your actions and it's another to be a jerk? 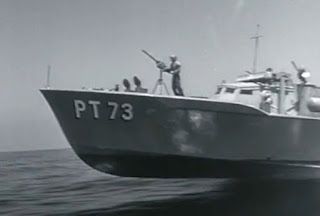 Perhaps give him a different assignment.

One is derelict in their duty IF they fail to question the motivations of the Media Pukes and democRATs when it comes to any issues concerning our military personnel issues.

Normally, those two factions love to see a flag officer go down.

Yeow! That happened? This is the first I’m hearing of that. I’m not Navy but I sort of thought that wasn’t done. Admirals aren’t even supposed to acknowledge anybody but their staff on a capital ship, I thought. Taking the PA system and speaking to the ship seems extraordinary enough, adding profanity into the mix. “There are no good guys” may be applicable.

Modly will likely be a cooperating witness in the next impeachment gambit...probably this summer

Then PDJT better appoint someone with balls instead of perfume.

Time for a wholesale purge of the Armed Forces. Too many “perfumed princes” promoted under Obama’s reign.

Why couldn’t Trump get him confirmed with a Republican Senate?

Modly said Crozier had cc’ed more than 20 people, including some outside the chain of command, over unsecured and unclassified systems, assuring the memo’s leak.

He also said Crozier did not speak to his direct superior, carrier strike group commander Rear Adm. Stuart Baker, about his concerns before sending the memo, despite Baker being on the carrier and living within feet of Crozier.

Modly said Crozier was not fired for expressing concerns, but the way he chose to do so.

Modly should resign. To insult Crozier like that, over the intercom no less, was very unprofessional and demoralizing to the troops. You don’t win trust by publicly attacking a ship’s former CO, who was obviously much respected by his men, judging from the number who chanted his name as he disembarked.

The Captain should be court martialed, striped of rank, void his pension, and locked up.

I support the Sec Nav and think he is being made a scapegoat for doing what needed to be done. He only spoke out because it had already been politicized by Democrats to get at Trump.