Every day for a week, the strange, happy visitor would drop to play with her Great Pyrenees. She thought Ruth Bader, the dog, had made a new dog companion. Nope, it was a coyote. And the animal was on the lam.

Researchers with the Atlanta Coyote Project told Vanessa Prior, Ruth Bader's human, that they had been trying to track down the rare, black coyote for over a month. It had been spotted around the Smyrna and Vinings, Georgia, areas playing with neighborhood dogs.

"It was very friendly," co-founder of the Atlanta Coyote Project Christopher Mowry told CNN. "It was following people to try to play with their dogs while they were walking them."

The group, which is made up of scientists devoted to learning more about coyotes living in the Atlanta area, first attempted to find the animal when people started to get a little freaked out by it coming too close for comfort.

They figured it was best for everyone -- people, dogs, coyote -- to move the animal to a safer place.

The friendship between a dog and coyote

Prior said she first noticed the new friend last week, when the coyote dropped by her backyard for some playtime.

Since then, "she came every day to play," Prior told CNN. "They would chase each other, play on the pool cover, gently wrestling or nap side by side."

At first she thought it was a wild dog, or maybe a big fox.

But when she posted a photo of the two playing on her Facebook, a friend told her to call a pet rescue center. The group told her the Atlanta Coyote Project had been trying to catch the coyote for months.

The black coyote went around playing with dogs in Georgia.

The black coyote went around...

TOPICS: Outdoors; Pets/Animals
KEYWORDS: Navigation: use the links below to view more comments.
first 1-20, 21-23 next last 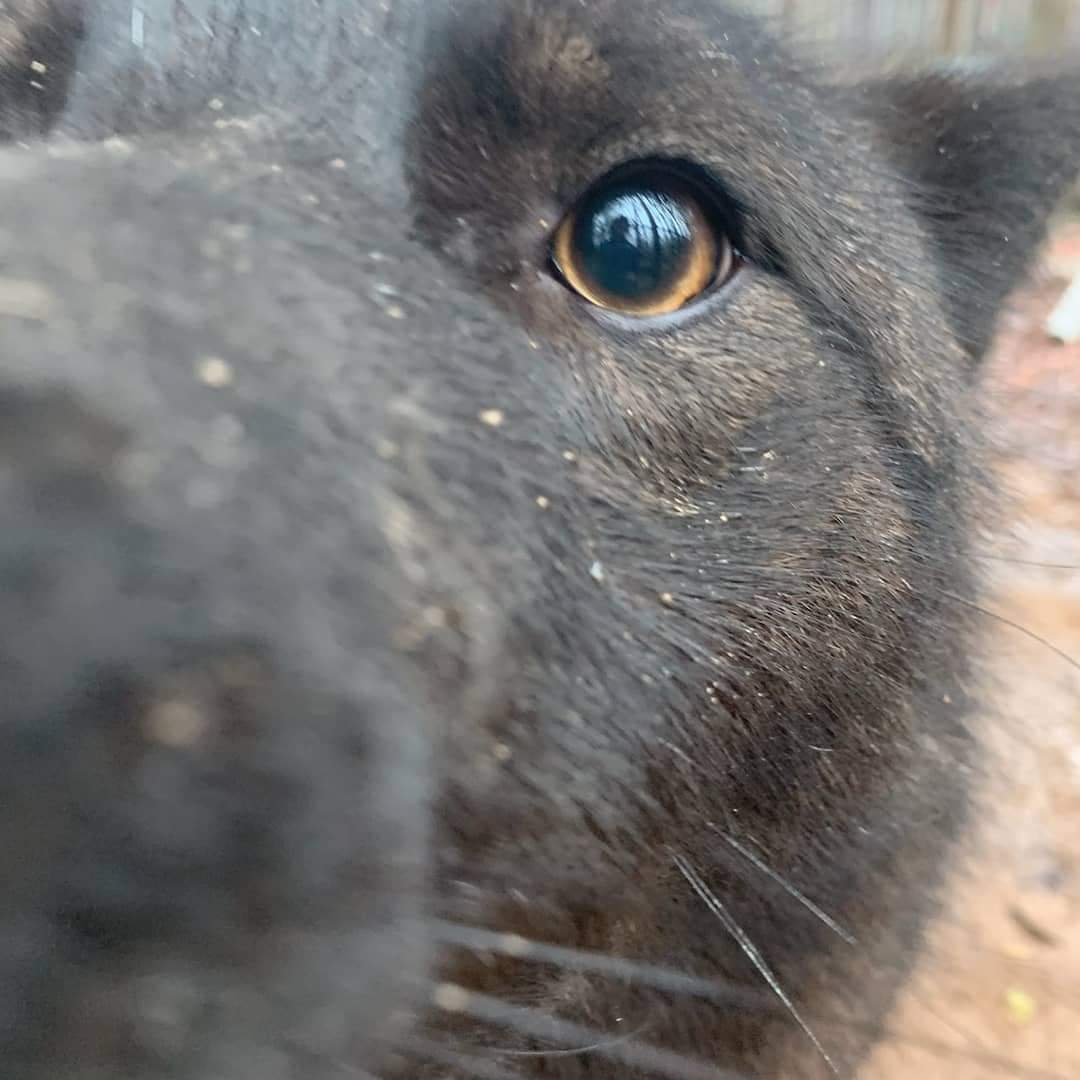 “gently wrestling or nap side by side”

Methinks there’s a litter of coydogs on the way, lady...

Would have been a much different result if this would have involved my Great Pyrenees. The black coyote would have a shade of blood red.

The coyote will be killed shortly. Just the nature of things.

The overly social black coyote is probably a coydog itself.

There is no guarantee that regular dog vaccines - including rabies - will work on coyotes.

We had a half-coyote/half cow dog when we lived in SE Idaho for about a year. After it became a year old it started to get overly protective of the human family members and attack any other humans who came to the house. We had it put down.

""It's not a good situation for a wild animal like a coyote to be interacting with people,'' the Atlanta Coyote Project's Christopher Mowry assured. "They need to maintain a natural awareness to humans and pets and keep to themselves.""

Woman a democrat...poor dog, who would let their pet play with a coyote other than s shit-for-brains democrat?

If they were that rare they must be dern near extinct by now. I killed three of them off one farm in 2019. Skinned 'em out and had the pelts tanned. Came out beautimous. Now I need three more hides in the same color and I'll have enough for a coat to rival Broadway Joe's.


Already got a tanned hide from a red on one I killed three years ago (after three years of hunting it) to use for contrasting trim.

12 posted on 02/20/2020 3:50:28 PM PST by Paal Gulli
[ Post Reply | Private Reply | To 2 | View Replies]
To: Daffynition
Coyote experts will look into the genetics of the friendly animal to try to learn why it was interacting with people. Mowry believes it could have a history with well-meaning humans.

Playing with the big dogs eating the small ones. So cute.

Poor dog. I can only imagine they named it such because the poor thing was riddled with cancer.

Hopefully it will survive.

I used to live in the foothills of the Sierra Madre Mountains. We were warned my members of our church to be careful with our dog and coyotes. Coyotes will send one down to your house and seems to want to play with the dog. As soon as they get your dog out of the safe zone around your house, they will pence on it and make it lunch.

LOL, I always hear that old wives tale. I can see the coyotes, gathering in a little huddle, and saying “okay Rusty, go down there and act friendly. Lure him up here and then we all jump him. Everyone got the plan? okay, synchronize watches, everyone except Rusty go hide”

“Ruth Bader” is a defective Great Pyrenees. The whole purpose of that breed is to defend the flock from predators like coyotes & wolves. This is like the Looney Tunes cartoon where the Dog & the Coyote clock out and go home friends.

18 posted on 02/20/2020 6:28:45 PM PST by Tallguy (Facts be d@mned! The narrative must be protected at all costs!))
[ Post Reply | Private Reply | To 5 | View Replies]
To: Tallguy
“Ruth Bader” is a defective Great Pyrenees. The whole purpose of that breed is to defend the flock from predators like coyotes & wolves. This is like the Looney Tunes cartoon where the Dog & the Coyote clock out and go home friends.

The dog is obviously a liberal.