UNEXPLAINED sightings of something mysterious lurking in Loch Ness were at the highest level this century during 2019.

A total of 18 sightings were recorded on the Official Loch Ness Monster Sightings Register – the highest since 1983.

They ranged from eyewitness accounts by visitors to the area to unusual objects spotted by people on the other side of the world scouring images on a live webcam of the loch.

The entries also include a sighting by seriously-ill Zachary White, aged five, who travelled from his home in Berkshire to the loch and spotted the monster after being given a Nessie hunting kit including binoculars, a compass, a magnifying glass and a torch.

Gary Campbell, who keeps the register, believed there were various reasons for the bumper number of reported sightings.

“The availability of the webcam has given many more people the chance to look at the loch and there have been record numbers of people visiting the area and its attractions including Urquhart Castle,” he said.

“In the connected digital world we live in now, people are taking photos and sending them to us. They want to know what it is and then they are reporting it.”

It was also the year when the world’s media reignited massive interest in Nessie after descending on the area to hear the results of a survey led by researchers from New Zealand who tried to catalogue all species in Loch Ness by extracting environment DNA from water samples.

Mr Campbell discounted their conclusion, however, pointing out that a significant amount of DNA was unidentified which was more reason for an unknown creature to be present in Loch Ness.

“It adds another line of mystery to it,” said Mr Campbell, who said that environmental DNA extracted in the loch could have been brought in from elsewhere.

“The issue with it is that Loch Ness is an open waterway,” he said. “It is not a closed eco system.

“DNA could be brought in via the North Sea or from the Atlantic.

“A boat could bump into a dolphin in the Moray Firth and bring in the DNA.”

He maintained that despite the study, the mystery of the Loch Ness monster had still not been solved since the very first sighting was noted in 565 by Irish missionary St Columba who had travelled to Inverness to convert the Pictish people to Christianity.

It was why people such as local Nessie hunter Steve Feltham kept looking for proof of what was in the loch as well as the thousands of visitors from all over the world.

“It is about why people do the lottery – they think they might just win,” he reflected.

“That is why people keep looking for something in Loch Ness. They might just get an answer. That is the allure of it.”

“I still don’t know what it was,” he said. “I would like an answer.

“The only way that will happen is because of the dedication of lots of other people who will do the work – whether it is people coming to the loch, people like Steve Feltham, or the scientists.

“The work of others will finally give us an answer.

“I hope they do it in my lifetime but given it has been going on for 1500 years, that is unlikely.”

January 24 – Jonas Detsch, of Aberdeen, was hiking with his brother near the Clansman Hotel when they saw a 50m long disturbance caused by something large under the surface about 60m out.

February 23 – A visitor from Manchester took a photograph of something unexplained in Urquhart Bay at 3.12pm. She said the dark-coloured creature rose about 3ft out of the water for about 10-15 seconds before disappearing.

March 22 – Mr O Faodhagain took six photos and a 39-second video from the webcam of something moving rapidly just before 5pm. It submerged for five seconds before resurfacing and going in another direction.

May 27 – Visitors Mr Pycock and his son reported something that looked like water breaking over something such as a rock, or a log, causing waves in the Urquhart Bay area.

June 11 – Gloria and Ian Davison, of Northumberland, took a photograph overlooking Urquhart Bay. The sighting lasted about a minute and despite heavy drizzle there was good visibility.

June 27 – Mike Bell, skipper of the tour boat Nessie Hunter, caught an image on sonar at 3pm near Urquhart Castle. He estimated it to be 20-25ft long and when he circled around to find it again, it had disappeared.

July 6 – Natalka and Tomek Iwaniuch, of Poland, were staying near Drumnadrochit when they took a picture at 9.05am. They watched with other family members and saw the same object at 10.25am

July 10 – Mr O Faodhagain reported seeing two objects on the webcam. They were about 20ft long moving in the direction of Urquhart Bay.

July 13 – Tracy Power, from Northern Ireland, took a photograph while on a cruise boat but only noticed something unexplained after she went home.

July 25 – Richard Cobb, of Bradford, was at a holiday lodge near the Craigdarroch Inn when something about 20ft long broke the calm surface. It seemed to be moving but within seconds of him taking a photograph, it disappeared.

August 3 – Sean T, from Kent, took several pictures while on holiday. On returning home, he saw an unknown object in a picture taken from the Change House parking spot on the eastern shore opposite Urquhart Bay at 9pm.

August 7 – Michael Yuen, of Hong Kong, was watching the webcam at 7pm when he filmed an unknown object coming out of Urquhart Bay.

August 15 – Alena Horka, from the Czech Republic, took a video of something unexplained in the loch at 3.45pm.

September 2 – Mr O Faodhagain reported an unexplained object moving close to the shore at 11.38am.

October 29 – Zachary White, aged five, spotted the monster after being given a Nessie Hunting kit. I paid a visit to the loch in ‘78. Watched sunrise over Urquhart Castle. It was breathtakingly beautiful! I used to be a firm believer in Nessie. Now I’m more in the skeptic camp. Monster hunting at Loch Ness may, or may not be a waste of time. However, the visit is one of the high points in my life. A monster sighting would have just been the cherry on top.

Ho-hum, been dealing with LochNess monster in the pond out back for decades now.

Everyone is walking around with 4k cameras in their hands.

One would think some high resolution video, drone video or something else would exist at this point.

Dang Ol Nessie is getting up there in age. Anyone know how long a lockness monster can live?

And in an unrelated story, a record number of brewpubs have been opened around the loch . . . .

Is this an indication that common normal citizens are getting out of the Muslim and liberal corrupt cities more often now and are heading for the sticks in Scotland for vacation and time off.

A friend and I were there in September. The day our Loch Ness cruise and Uruqhart Castle was booked for it was so windy I said...even if they don’t cancel this I’m not getting on that boat. We wound up taking a wrong turn on the way back to the hotel and was almost blown off that new bridge in Inverness they built. They shut the road down after we got across because of the wind. Made me sad that we missed all of it because I’ll probably never get back to Scotland again. 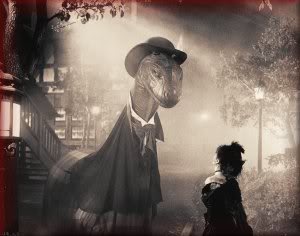 My Mother’s family, the Grants, have their ancestral lands along the northern shore of Loch Ness. The ruined castle so often pictured with the Loch belongs to the Grant Clan Chief.

The fact that I only learned these things after my Mother died, indeed, after I turned fifty, is

Older than that because that is often cited as “the first sighting” but it is not. It is the first documentation of a sighting of Nessie. Nessie is a “water bull” type monster and the stories of water bulls were old oral tradition already by that time. Back then many of the bodies of water in that area were supposed to have water bulls in them.

Is that really why? Have you ever heard of George Spicer? :)

Sir Godfrey of the Nessie Alliance summoned the help of Scotland’s local wizards to cast a protective spell over the lake and its local residents and all those who seek for the peaceful existence of our underwater ally.