In the late summer of 2005, a mysterious plague affected an estimated four million people, but caused no deaths — at least not in the real world.

When an update to the multiplayer online game World of Warcraft introduced an in-game condition called Corrupted Blood that acted as a viral disease, players around the world faced a virtual pandemic as their characters unwittingly infected others and rapidly perished.

Today, some epidemiologists believe it can offer insight into the spread of viral infections, including a new coronavirus that has killed 41 people in China as of Friday evening.

The Washington State University assistant professor recalls seeing players share information about the illness, including areas to avoid, and others acting as first responders. Others still holed up in self-imposed quarantines.

Corrupted Blood was designed to only afflict high-level players who travelled to an isolated part of the Warcraft world known as Zul'Gurub.

But thanks to an unintentional coding error, the condition could be spread to their virtual pets. When players returned back to densely-populated areas of the game — cities where players buy, sell and trade goods — those pets would infect lower-level players unable to fight the illness.

For Lofgren, who was a Tufts University biology student at the time, the experience was a valuable snapshot into human instincts during a pandemic — something computer models can't perfectly replicate.

Outbreak parallels Much remains unclear about the coronavirus strain that is believed to have originated in Wuhan, China, including its animal carrier or mortality rate.

More than a dozen cities in China have had transportation halted and businesses closed to slow the disease's spread. Cases have been confirmed in at least a half-dozen countries, including France and the United States.

In 2003, a separate coronavirus that originated in China led to a worldwide SARS outbreak, resulting in nearly 800 deaths, including 44 in Canada.

As worries about the spread of the new strain grow, some Chinese social media users are drawing parallels between the World of Warcraft incident and today's ongoing outbreak.

"We have gone through 2003, and then 2005 gave us a perfect experiment and textbook example of how people could behave," said Josh Ye, a writer for the China-based technology website Abacus.

"Now, in 2020, they are looking at these past examples and trying to understand what could possibly happen."

Researchers took particular note of the way that Corrupted Blood was spread in World of Warcraft, and what developer Blizzard did to mitigate it. Ultimately, Blizzard was forced to reset the servers, which eliminated the disease's spread beyond Zul'Gurub's borders.

A key driver of the disease's spread, according to Lofgren's research, was players' ability to teleport from one part of the world to another.

While teleportation doesn't exist in the real world, high-speed travel via train or plane has officials worried about the spread, particularly as residents prepare to celebrate Asia's Lunar New Year on Saturday.

"The traffic around Lunar New Year is actually the biggest human migration of the year," Ye said. "A lot of people are travelling back and forth."

In-game quarantines were also attempted, but ultimately failed. According to Ye, that has some social media users wondering whether quarantining entire cities will have any benefit.

Virtual outbreaks could be helpful Watching a pandemic unfold in a virtual environment not only provides a look at human behaviour, Lofgren says it confirms what epidemiologists already knew.

"Humans are imperfect and, at times, a little bit irrational," he said, adding that often they will defy quarantine orders and other mitigation efforts.

"If you tell people to stop shaking hands and, if you're feeling sick, don't go to work ... there's a lot of both social and economic pressures to ignore those things," he explained.

When it comes to the Wuhan outbreak, Lofgren says that the Warcraft incident can offer some key insight: "Expect things to not work the way you think they do."

While the Corrupted Blood outbreak may have been the result of an unintentional coding error, Lofgren sees potential value in unleashing intentional pandemics in safe, virtual environments.

"In the real world, we can observe people's behaviour, but we don't know everything about the rest of the universe. We don't know perfectly if you're sick or not," he said.

"In a game, we can, at least in theory, know all of those things. They're programmatic; you can record them."

Lofgren says that unleashing a virus inside a game can be a more ethical — and engaging — approach to gathering data about outbreaks.

"One of the things that's important for me as both a researcher, and then also a player of games, is you need to not get in the way of people's fun."

Written by Jason Vermes with files from Rachel Levy-McLaughlin. 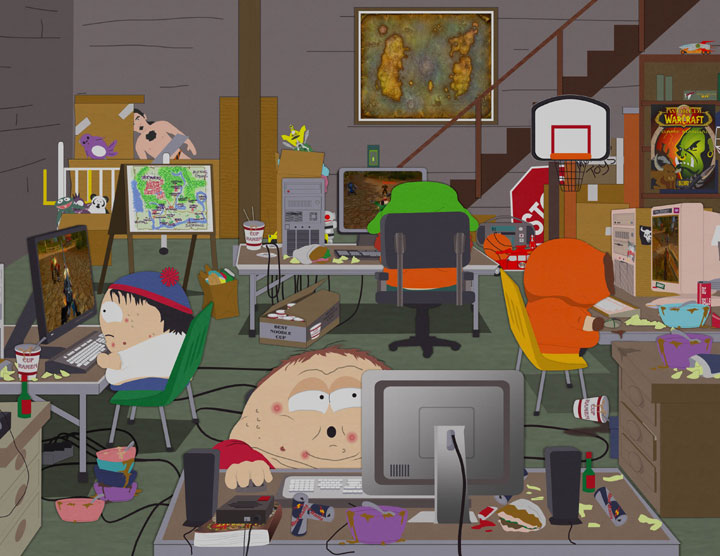 It had nothing on the Rakghoul plague in Star Wars the Old Republic. People would get it and then leap off of tall platforms to infect as many as possible.

That and the Angelina Jolie SP episode were the only ones that really stuck in my mind.

Penny’s addiction in BBT, too.

I like when Jimmy does steroids and beats his girlfriend.

Lulz, they would have been better off invoking Resident Evil......

Wonder if the CDC still distributes their pamphlet on a hypothetical Zombie Apocalypse? I have a copy around the house somewhere, lulz. 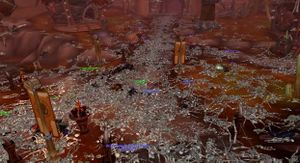 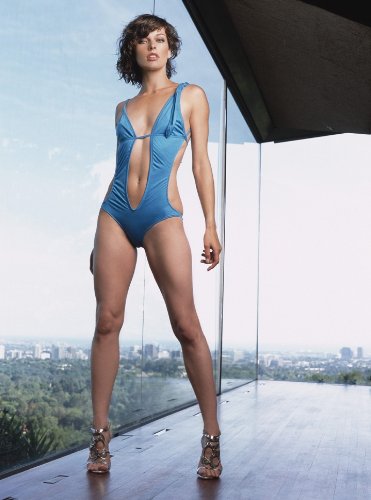 How do you kill that which has no life?

“People would get it and then leap off of tall platforms to infect as many as possible.”

That is pretty much what we were doing on Stormwind that week.