Young people are often assumed to be progressive, especially when it comes to gay rights. But a new study reveals that acceptance of the LGBTQ community by adults 18 to 34 is falling.

A new Harris Poll commissioned by GLAAD found that 36 percent of respondents in that demographic reported they'd be "very" or "somewhat" uncomfortable learning a family member was LGBTQ. That's up from 29 percent who said the same in 2018.

According to the 2019 Accelerating Acceptance Index, 39 percent would be unsettled by their child learning about LGBTQ history in school, compared to just 30 percent in 2018. And finding out their doctor was LGBTQ made a third (34 percent) uncomfortable—an uptick from 27 percent last year.

"The younger generation has traditionally been thought of as a beacon of progressive values," GLAAD President and CEO Sarah Kate Ellis said in a statement. "We have taken that idea for granted."

Conducted online earlier this year, the poll quizzed 1,970 U.S. adults on their comfort level with seven theoretical situations: Learning a family member is LGBTQ, learning their doctor is LGBTQ, having LGBTQ members at their place of worship, seeing a LGBTQ co-worker's wedding picture, having their child placed in a class with a LGBTQ teacher, seeing a same-sex couple holding hands, and learning their child was learning LGBTQ history in school.

The number of young Americans who were comfortable across all seven situations dropped from 53 percent in 2018 to 45 percent this year, the second consecutive dip for the age bracket.

My grandson and his friends avoiding them.
My granddaughter is the opposite but is also totally straight.

“My granddaughter is the opposite but is also totally straight.”

In my experience, women just don’t understand how horrible sodomy between males really is. They don’t see the terrible harm that is done.

It’s because the trans are all crazy.

Don’t you meant NOT susceptible? Study says that 36% would be UNcomfortable having “LGBTQ” family member. Sounds like we’re talking about the youngsters who haven’t been snowed by the propaganda.

In any case, have the queers overplayed their hand? Are we seeing the stirrings of a backlash? Let’s hope so. 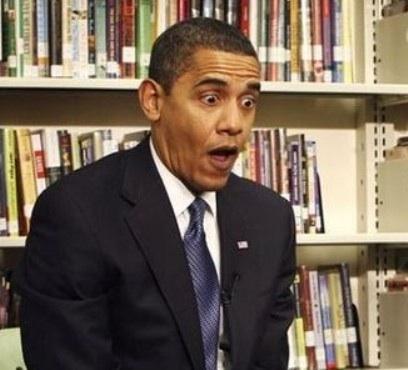 Funny how things change when you have to work for and with these protected class assholes.

It’s because of the over-reach. It was one thing to respect sexual choice, but it was another to be forced to participate in the activity.

When you disallow any debate, demand the use of made up words like cis and xe, and call anyone who disagrees a bigot there will be push back.

10 posted on 06/25/2019 12:13:49 AM PDT by LukeL
[ Post Reply | Private Reply | To 1 | View Replies]
To: ransomnote
If this poll/study is correct (and not just another fake poll designed to achieve some nefarious goal) then it's an encouraging sign that our youth are a little less susceptible to the people who for some reason want them to go down the road of perversion, then I would see this as an encouraging sign.

On the other hand, it could just be that the kids raised under the Obama years are now hormone driven young adults and are realizing that Mother Nature is driving them in a more normal direction than their former schools were trying to get them into.

11 posted on 06/25/2019 12:30:29 AM PDT by Cementjungle
[ Post Reply | Private Reply | To 1 | View Replies]
To: ransomnote
The reason is that it has gone from "live and let live" to "celebrate the wackier and more dangerous lifestyle" - from letting people do whatever they wanted in the privacy of their homes to watching icky stuff on the streets

True story - when I was in my twenties I went to amsterdam and a friend (female!) wanted to see the red light district

I went (of course!) and it was disgusting - overly made-up women with bored expressions sitting in displays.

It wasn't sexy - just turned you off.

Nobody likes being force fed.

I got a gay niece.

It’s not a reflection on me.

I’m not terrified to say it :)

It is what it is and I love her.

She will have to decide whether she acts on it or not.

She knows I think it’s a sin.

Other than that, it is what it is.

“a new study reveals that acceptance of the LGBTQ community by adults 18 to 34 is falling.”

Too many heteros being mistaken for LGBTQ by LGBTQ and other heteros. “Sexperts” are a dime a dozen these days and I never met a straight guy who was flattered by such false accusations, which is exactly what they are- accusations.

Exactly. Everyone is being force fed LGBTQWERTY 24/7, and now you are told that if you are normal you are the cause of the problems some tranny you never even met is having. For the left it was never about simply tolerating people who are different, it was about destroying social norms and making normal people feel guilty and intimidated.

Faggotry is growing old, if you’re not a fag...

When you tell them the graphics

They put their hands over their ears

It’s not even close


Progressive used to mean not a backward racists thug when it was first used in the first civil rights movement by Republicans.


Progressive now means a backward racists thug I'm amazed anyone would want to be associated with being one.