As part of our ongoing and in-depth coverage of the military's increasingly publicized encounters with UFOs, we want to share with you exclusive correspondence between F/A-18 Super Hornet pilot Ryan Graves and The War Zone. Graves is one of a handful of Navy tactical jet aircrewmen that recently stepped forward regarding a near constant string of encounters with UFOs while training off the southeast coast of the U.S. between 2014 and 2015. In the message, he answers our question regarding statements that the mysterious craft followed his unit while on cruise to the Persian Gulf aboard the USS Theodore Roosevelt.

During my discussions on the hill and pentagon, I broached the subject regarding whether the UAP’s were limited to the Whiskey’s [restricted military operations airspace] by VA Beach and our strike group, or whether they followed us in theatre [Persian Gulf].

It is a difficult question to answer. While flying in the med during the transit, or while operating in the gulf, the workload we have is significantly higher and we had less time to explore the phenomena, especially at this point where it was such a daily occurrence we essentially only gave them enough thought as to avoid hitting them.

Hat tip to Freeper PIF for his great work re: this developing story.

Good Morning All TicTac Hunters. Thank You for the Post. Now I’m off to read the Article.

This article leaves an impression for those following the story that the History Channel's presentation of "Unidentified" and Tyler Rogoway, the author of this article, might be operating in concert. Case in point, this article moves the story forward from the "Whiskey" (secured training area) off San Diego to the "Whiskey" off Virginia Beach TO the Persian Gulf. It is implied in the article that this will mirror the action in the History Channel tv show on this subject.

In other words, this article seems to, among other things, serve as a teaser for the tv show.

Of course, there isn't anything wrong with that if it is indeed the case, but it is worth mentioning and filing away in memory.

Also worth noting is that, in this article and in the letter from pilot Graves to author Rogoway, there is ample use of "wiggle words" and "wiggle language."

For example, pilot Graves "teased" (in short promotional clips for To The Stars Academy's History Channel show) about the tic-tacs following his unit from Virginia Beach to the Persian Gulf.

That's odd...unless you are following instructions from a television show's producer.

5 posted on 06/11/2019 5:04:37 AM PDT by RoosterRedux
[ Post Reply | Private Reply | To 2 | View Replies]
To: RoosterRedux
...I do distinctly remember seeing radar contacts that were very similar, if not the same, but again, significantly reduced in volume and inconclusive.

As someone with more than a passing familiarity and interest in the topic, I *know* radars generate false tracks - routinely. How many, how often, and the nature or characteristics of these false tracks depends on how well calibrated and tuned the system is, as well as some fundamental properties of the radar and computer/software controlling it.

Sounds to me like he, and potentially others in his unit had a very poorly maintained radar in his/their aircraft. If radar contact is all he has - no visual contact, contrails, etc. - then I'm going to strongly believe this was a maintenance issue rather than an encounter.

Have you been following this story all along or are you just jumping in to give your off-the-top-of-your-head opinion with any knowledge of the background?

Good Morning Ma B. Good to have you aboard.;-)

This program seems to be dominated by former and retired Skunkworks people who appear to be driving the story. That is a red flag for me. The program developer is convincing but he could also be getting played. We’ll see.

9 posted on 06/11/2019 5:14:44 AM PDT by excalibur21
[ Post Reply | Private Reply | To 1 | View Replies]
To: excalibur21
Plus a bunch of retired and non-retired government folks. Like Luis Elizonda, formerly of the DOD's Advanced Aerospace Threat Identification Program (AATIP), and Chris Mellon, former Deputy Assistant Sec. of Defense for Intel.

Some have suggested that this is being driven by the government and that the History Channel and Tom Delonge are being used for their (DOD's) purposes, whatever they are.

Not following it closely by any means. More jumping in. I have read some of this stuff and I have not read anything that passes the smell test. This story alone does not pass. Explain to me how navy fighter pilots would be experiencing unidentified craft on a daily basis and because they were so busy their only thought is to just avoid hitting them?

Indeed if any were here we wouldn’t be,the nearest planet that may contain life is 45 light years away.
A lot of rocks to dodge between here and there.

I also find it odd.

There never really seems to be a lot of concern. These UFOs are not seen as threats (apparently). They are just things to avoid bumping into while flying around.

I’m nobody, but I agree with those who see this is an equipment-based anomaly.

At this point I believe that the “UFO” are radar generated images.

the “best” data about “UFO’s” would be analog imaging-film-backed with corroborative radar signaling.

Haven’t EVER heard of any such data....

We have some Eye 👁 Calisthenics: 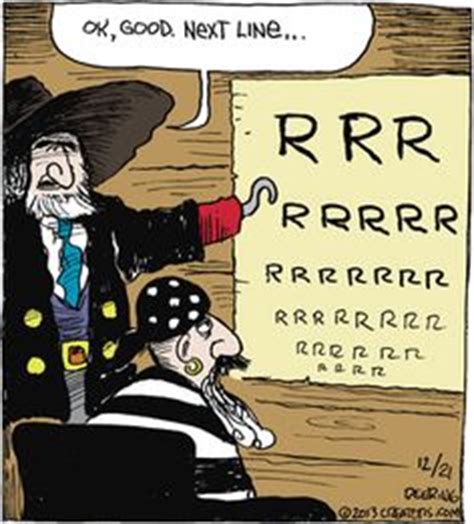 16 posted on 06/11/2019 5:56:40 AM PDT by mabarker1 (Congress- the opposite of PROGRESS!!!)
[ Post Reply | Private Reply | To 8 | View Replies]
To: precisionshootist
There's a huge amount of background re: the stuff coming out of the Navy and from Navy pilots re: encounters (on radar, camera, and visual) in secure training areas off San Diego and Virginia Beach.

Here's a link to stories at FR...TICTAC'S.

.
We do know that presently the “Deep State” (intelligence community) has a massive need to keep us distracted.