Well I’m not braggin’ babe so don’t put me down
But I’ve got the fastest set of wheels in town
When something comes up to me he don’t even try
‘Cause if I had a set of wings man I know she could fly
– Little Deuce Coupe, the Beach Boys 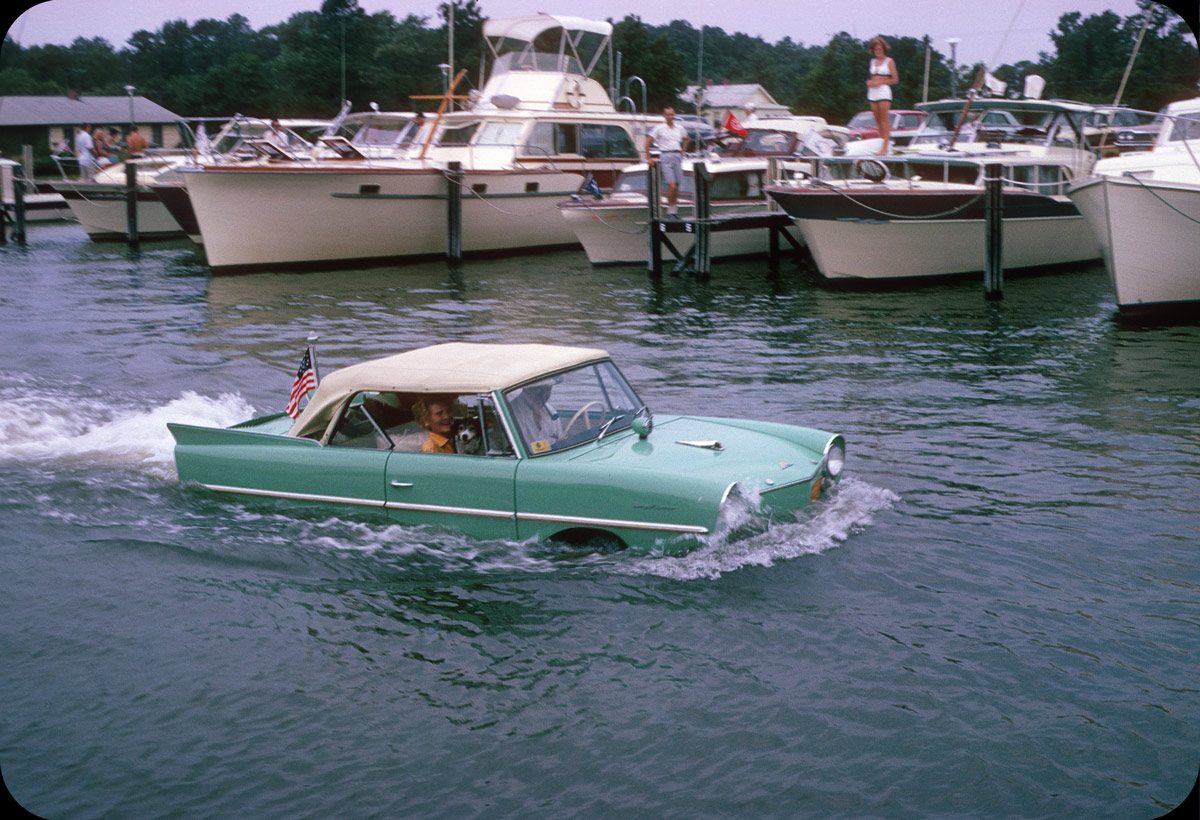 The headline might be familiar, but the images in this great set of Kodachrome slides from when Americans in American-made cars explored the country are original. 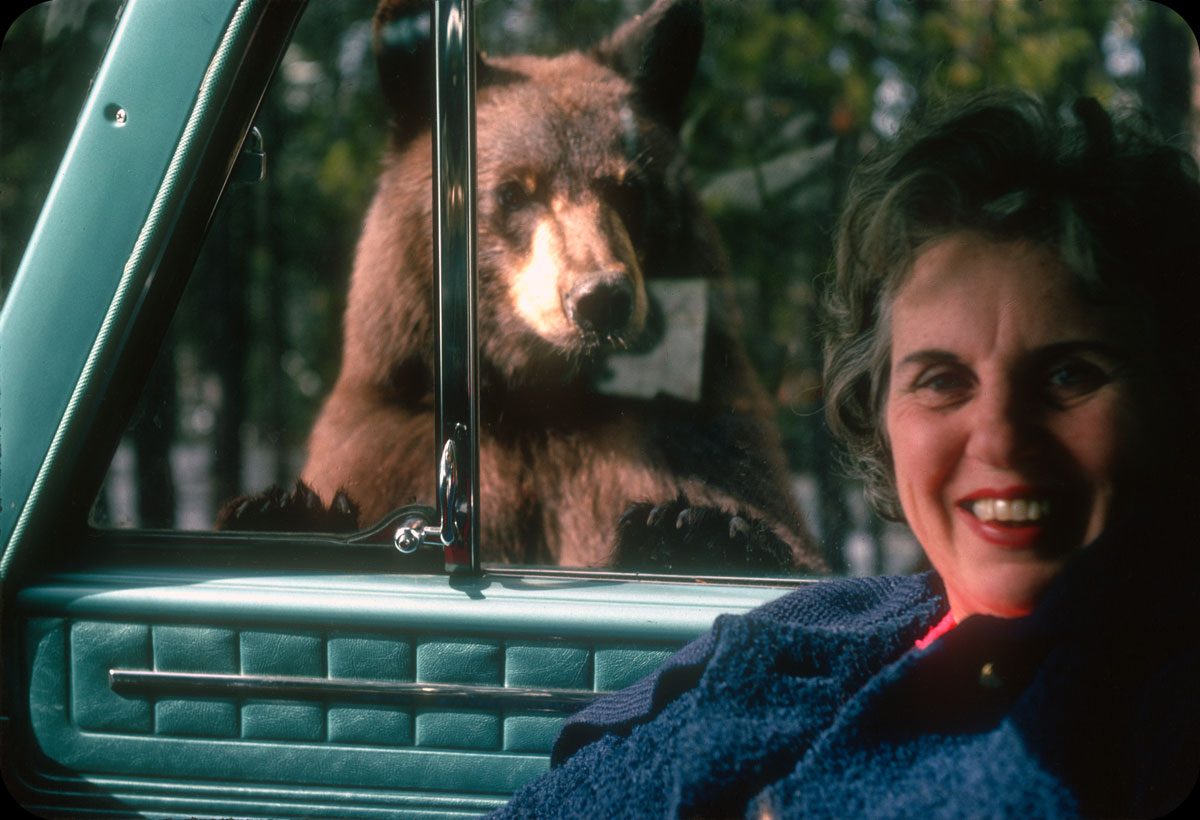 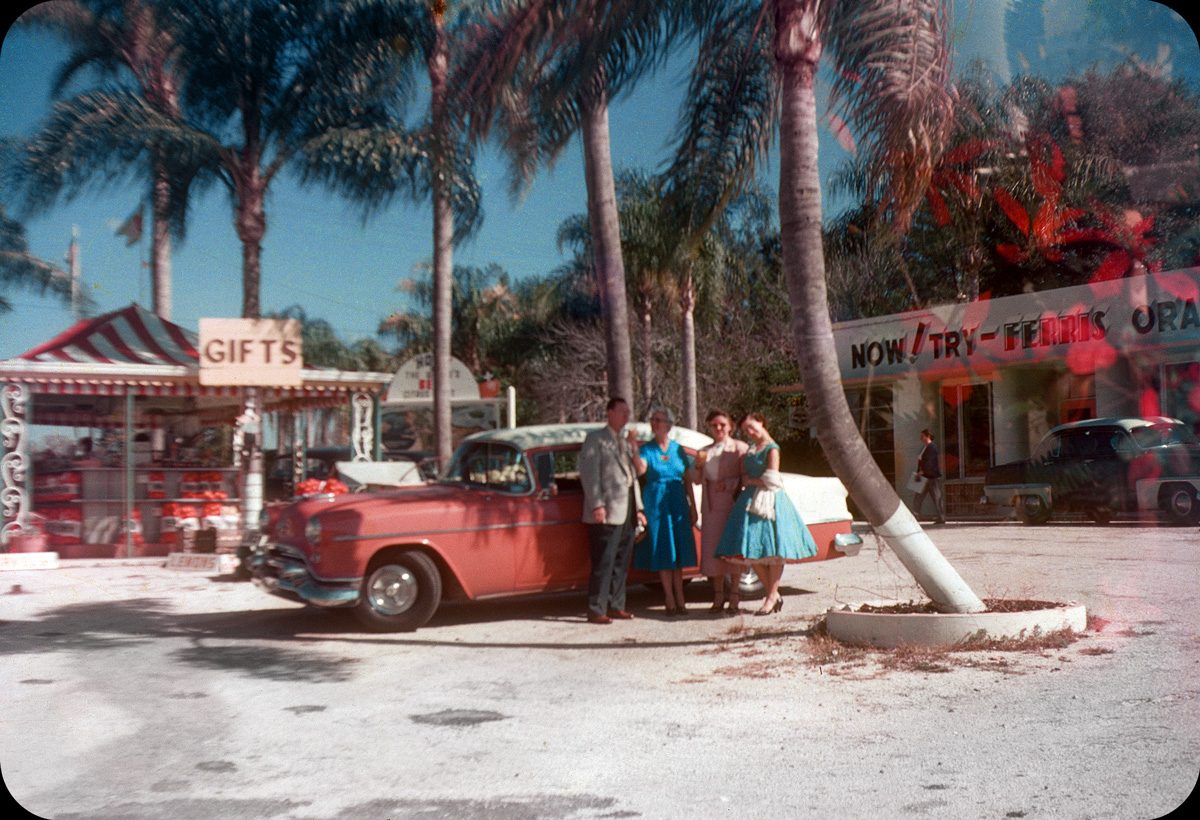 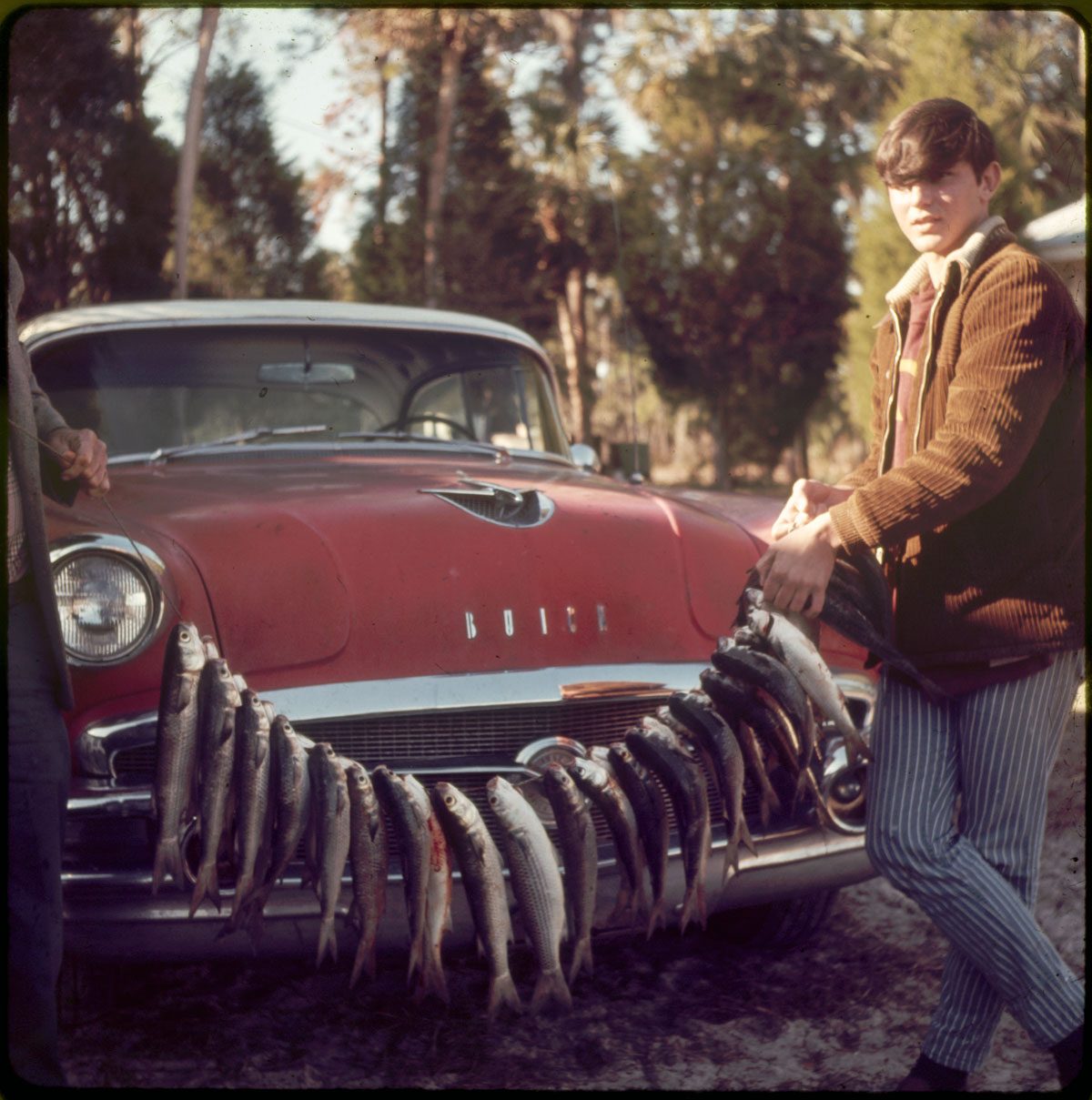 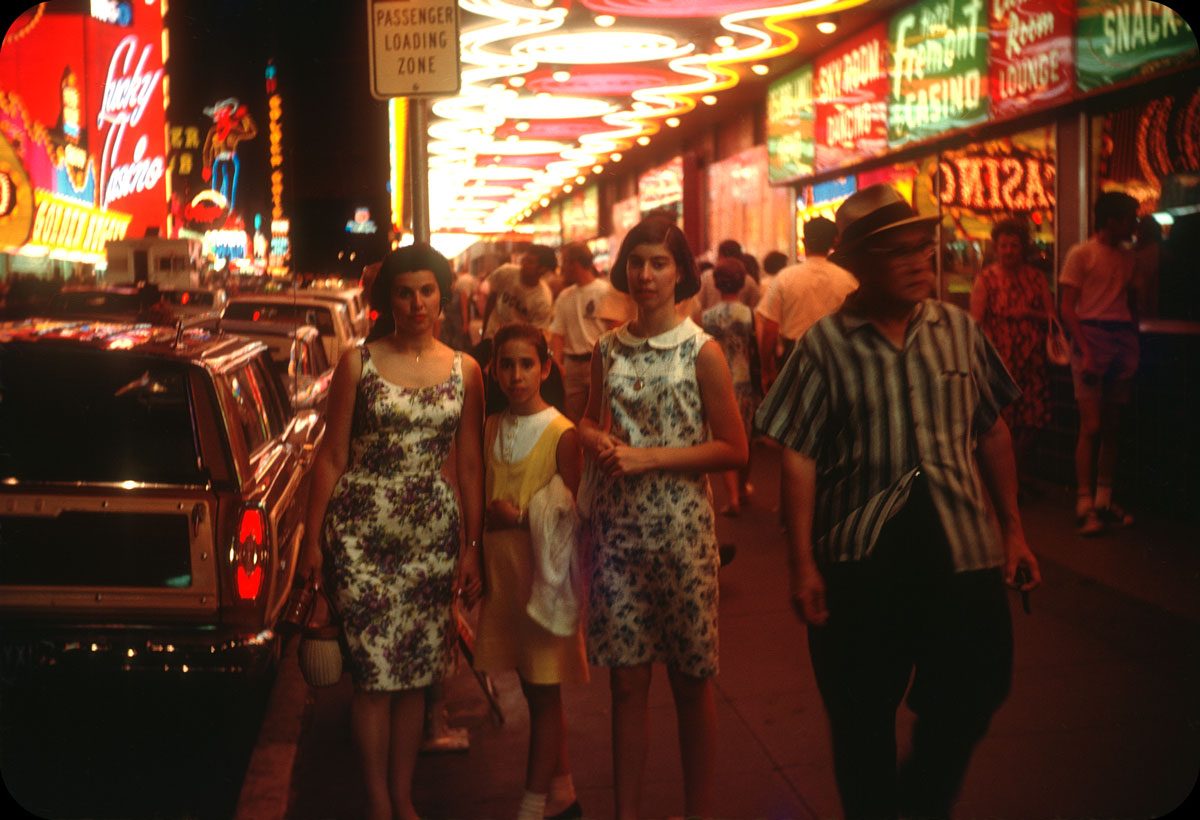 Las Vegas at Night — 1967
Under the Fremont Hotel marquee 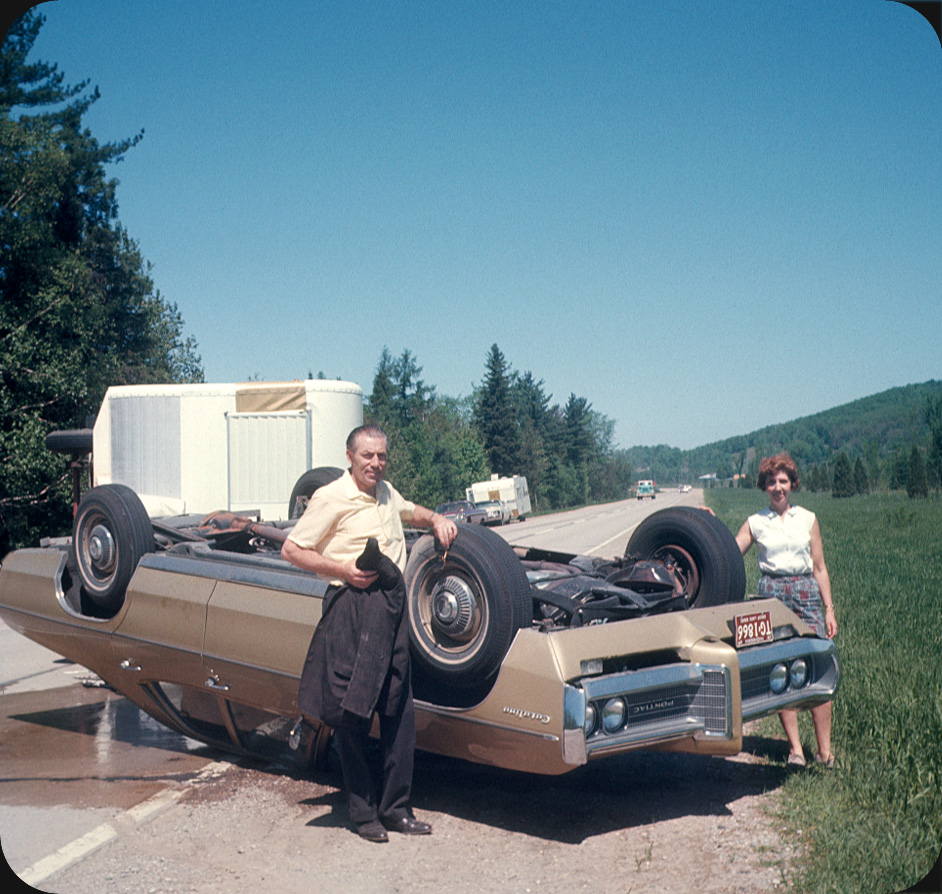 Having a Wonderful Vacation — 1969 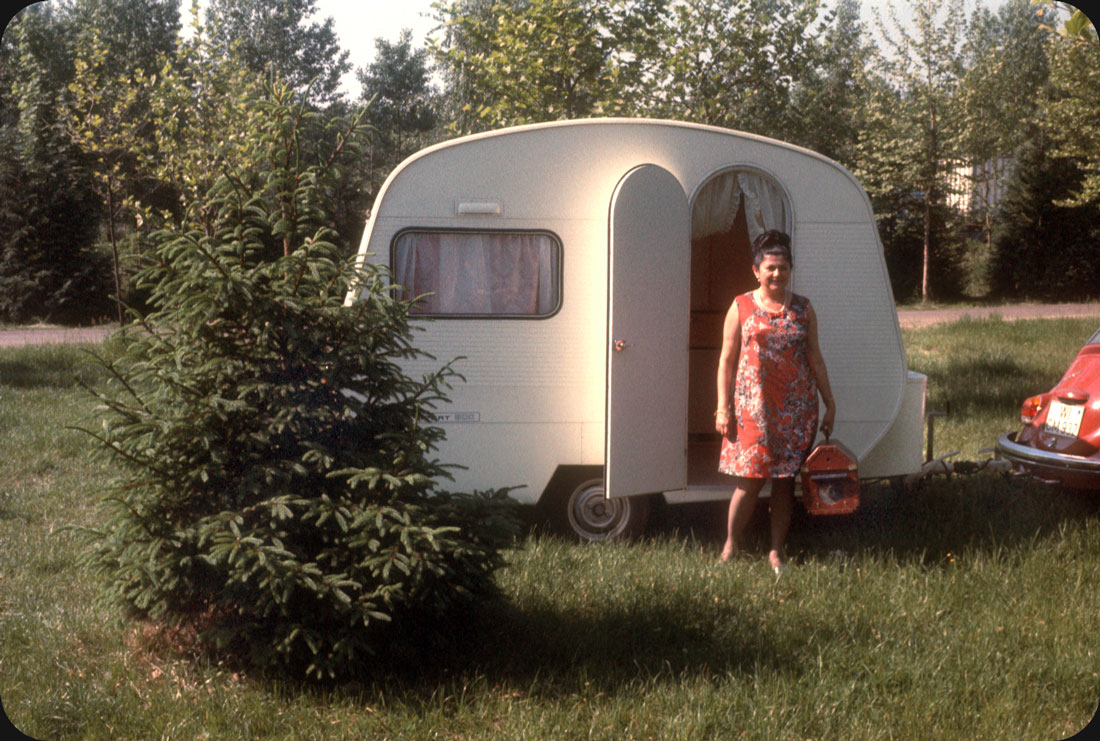 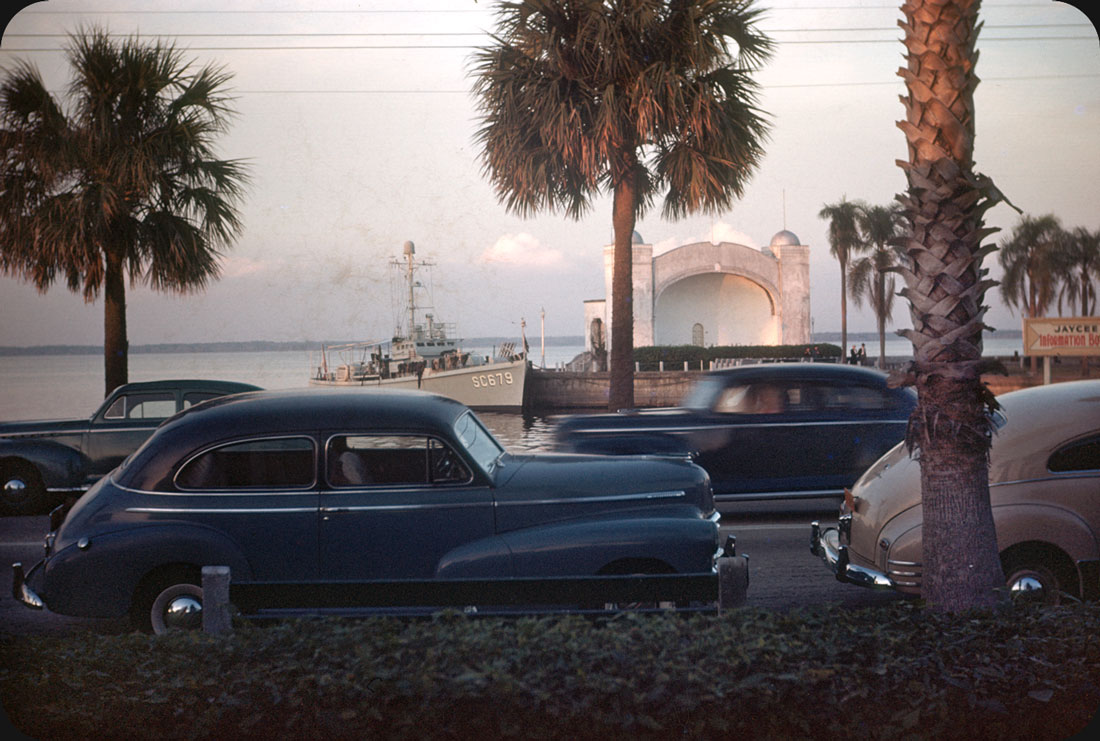 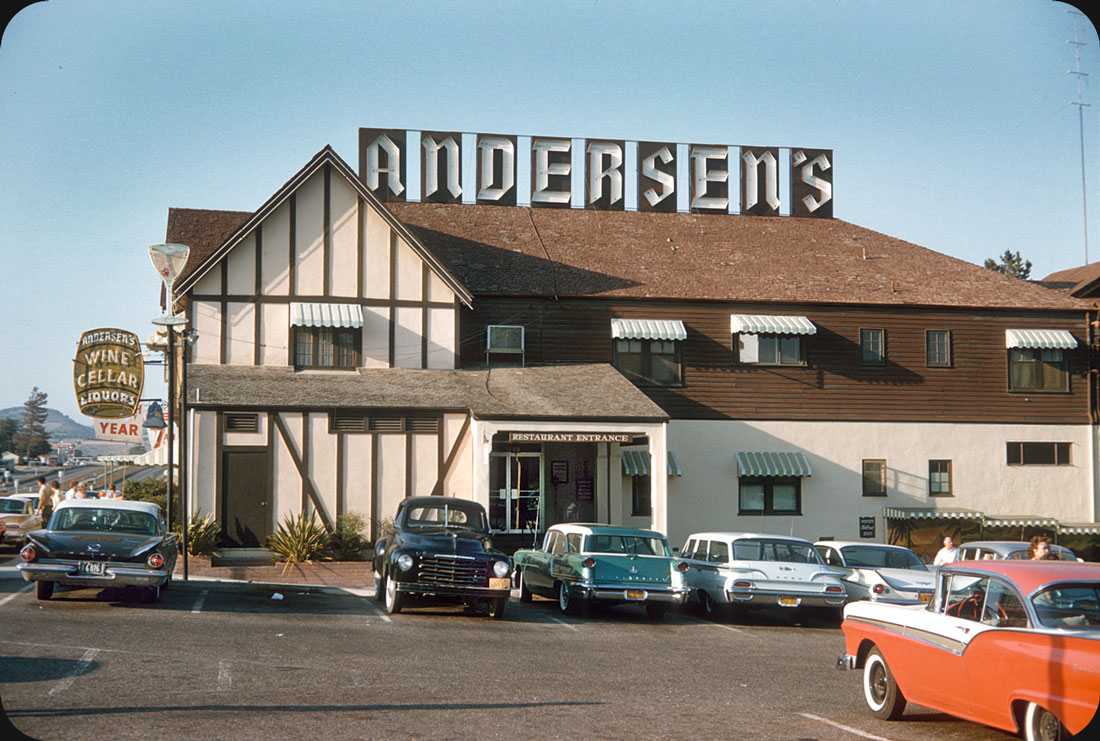 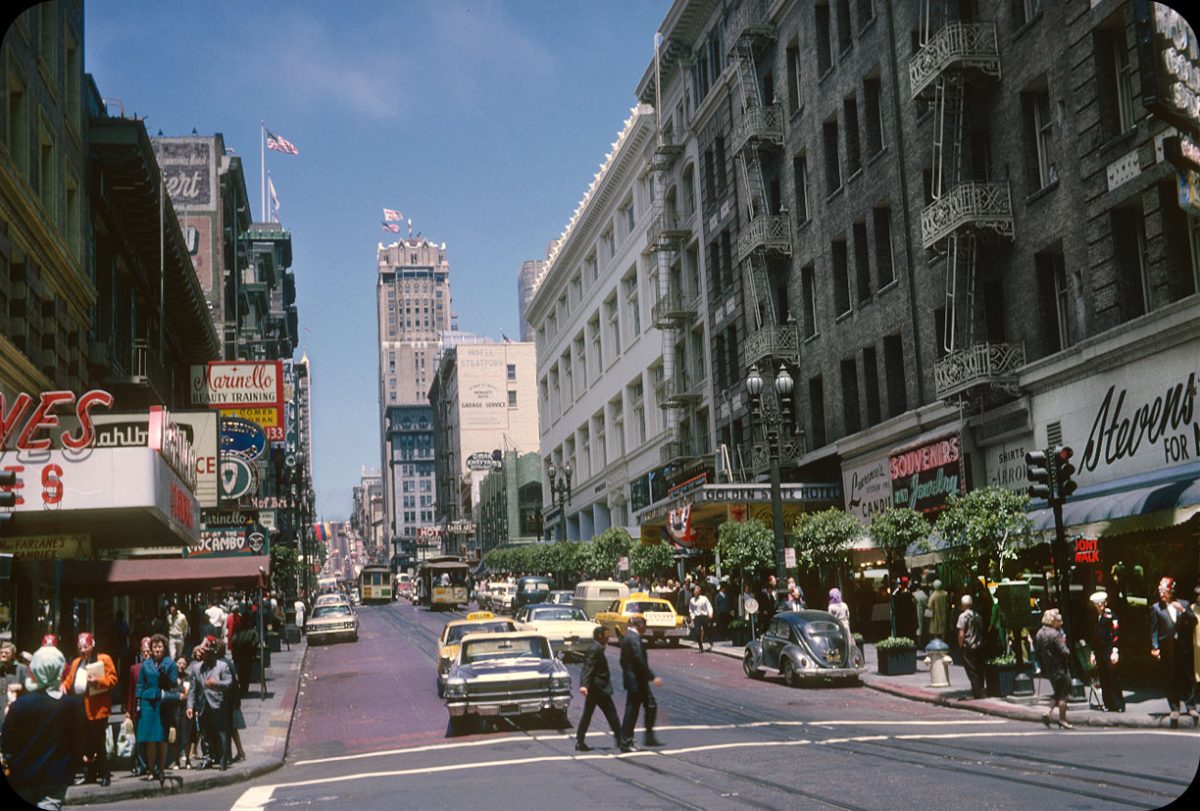 San Francisco, California — 1966
Corner of Powell and Ellis looking down Powell towards O’Farrell. 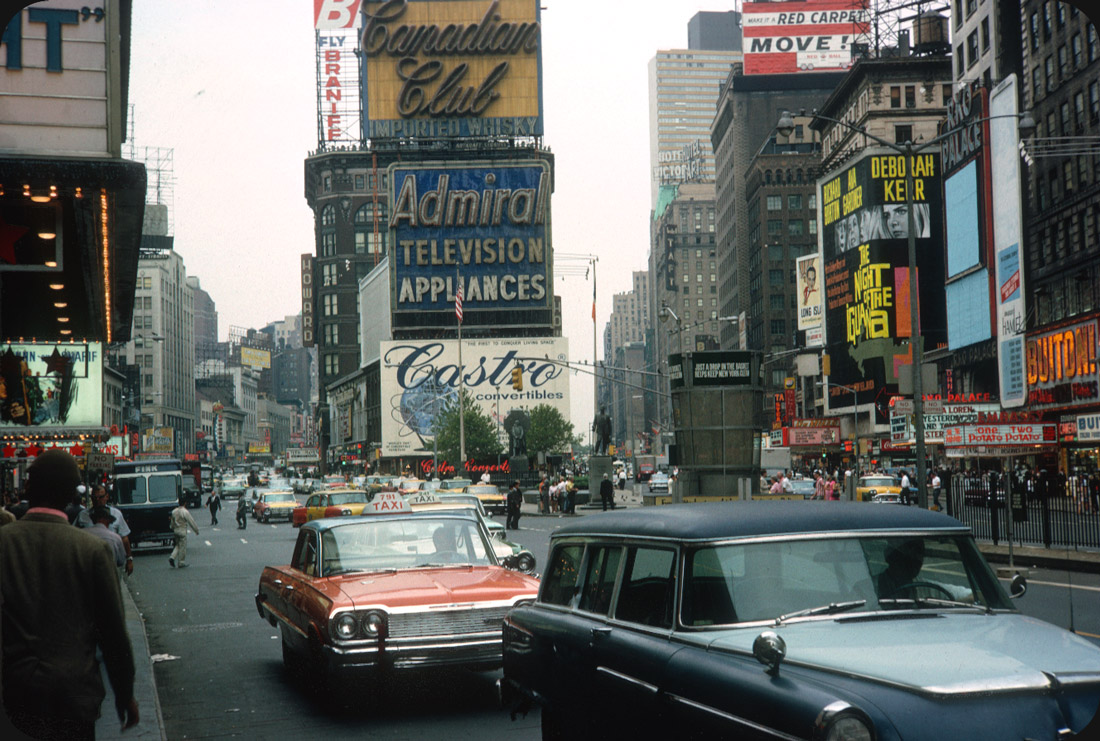 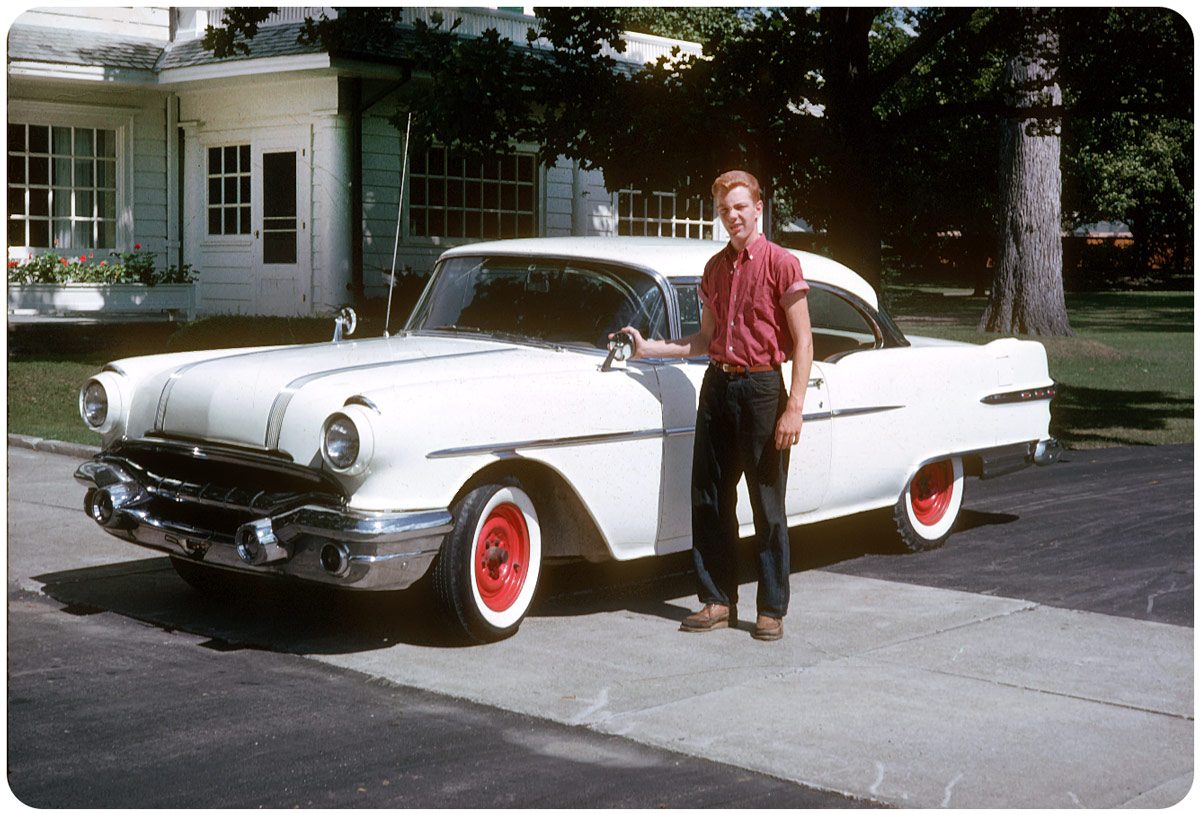 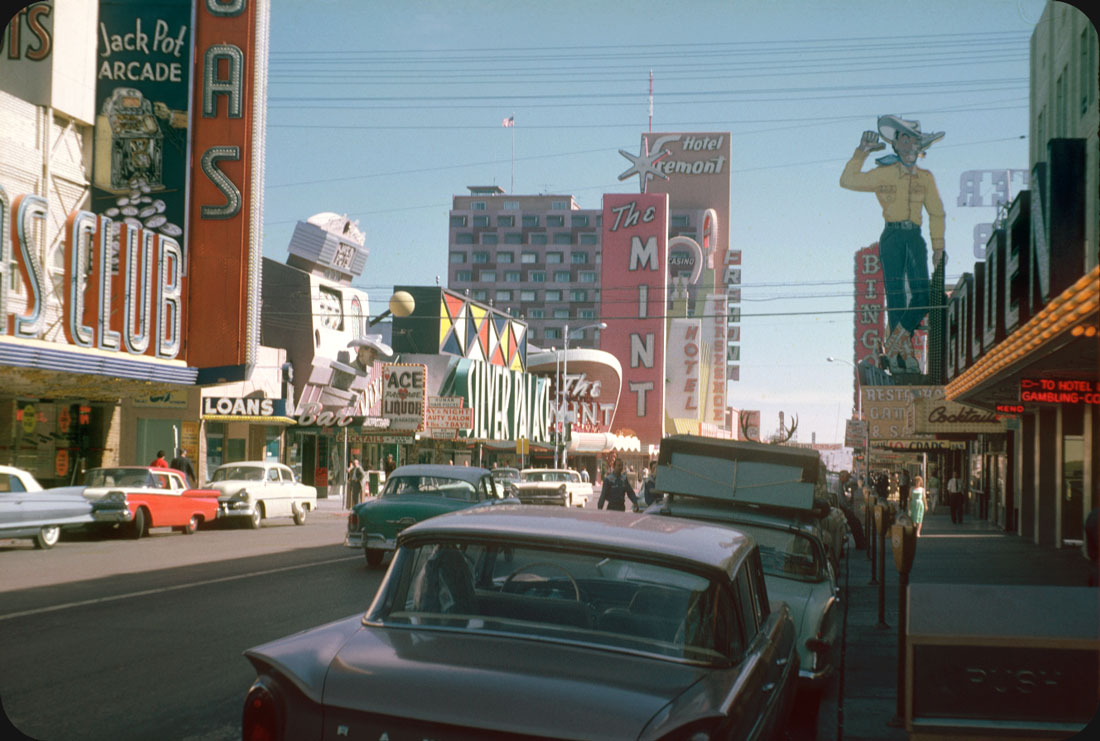 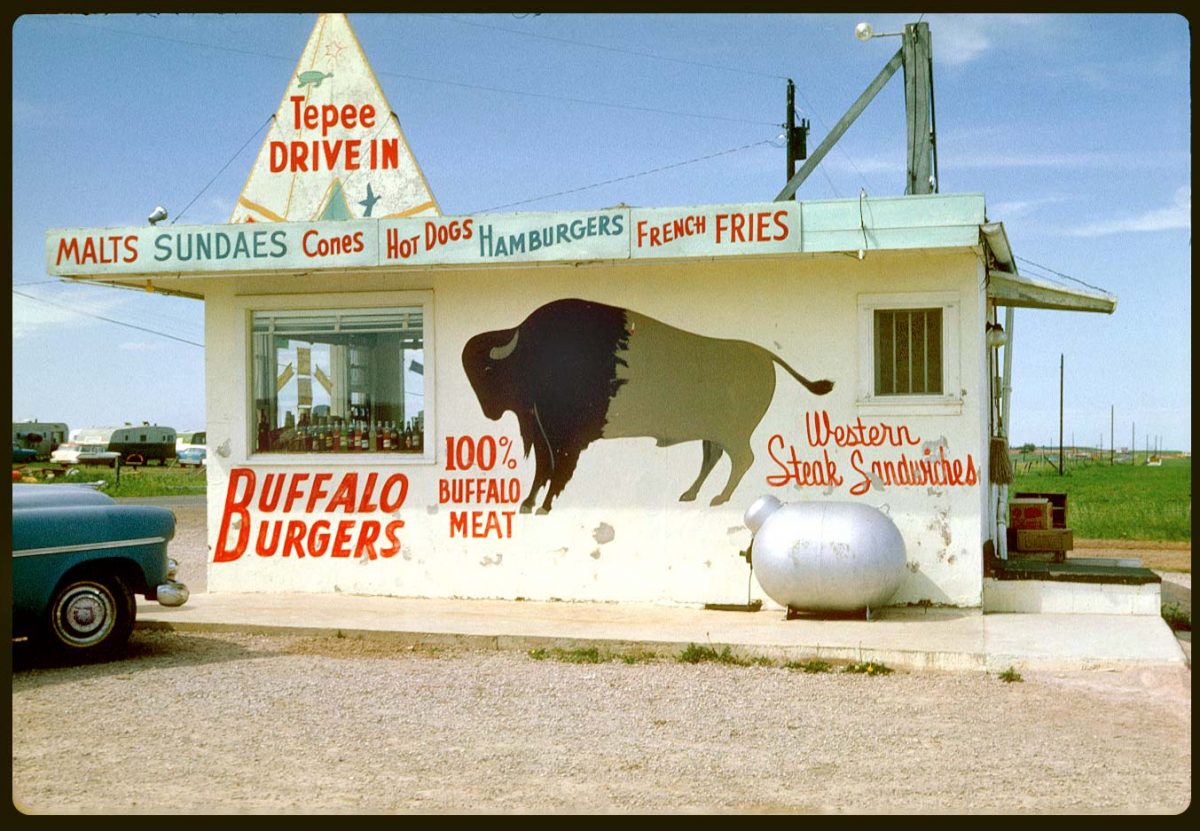 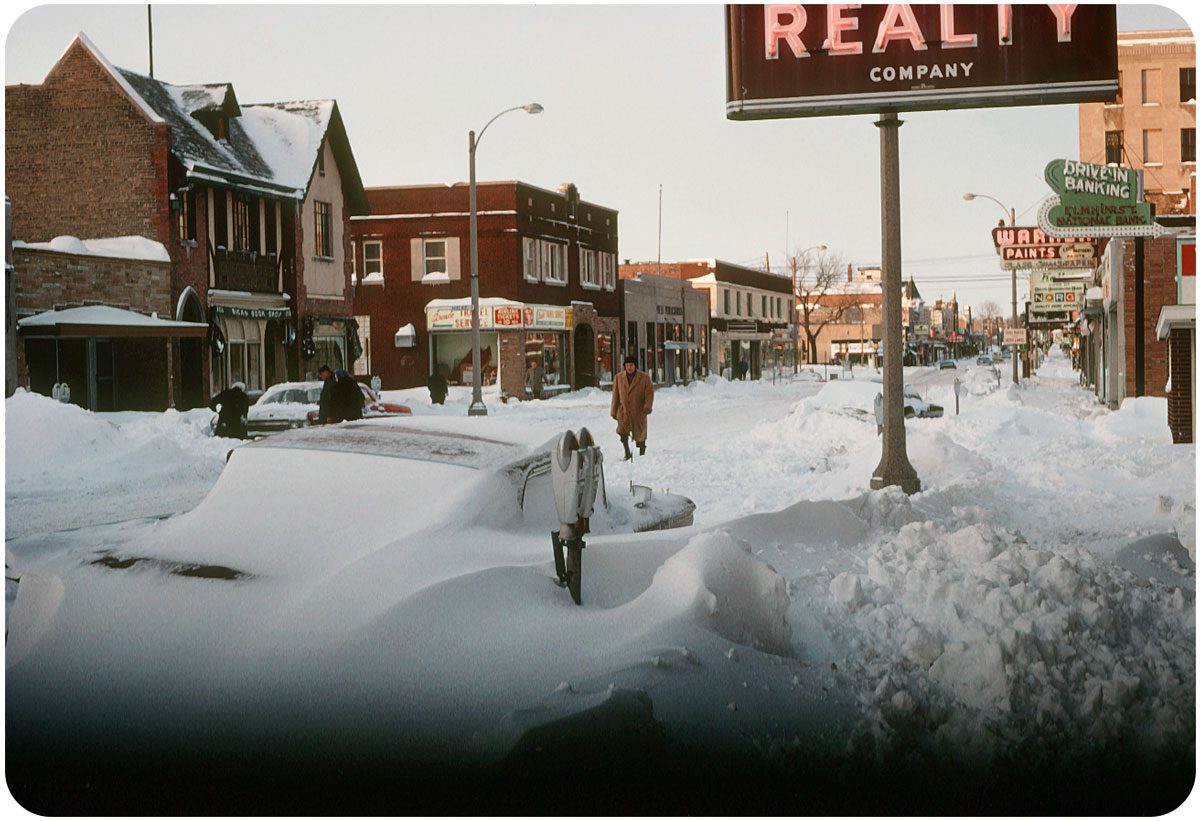 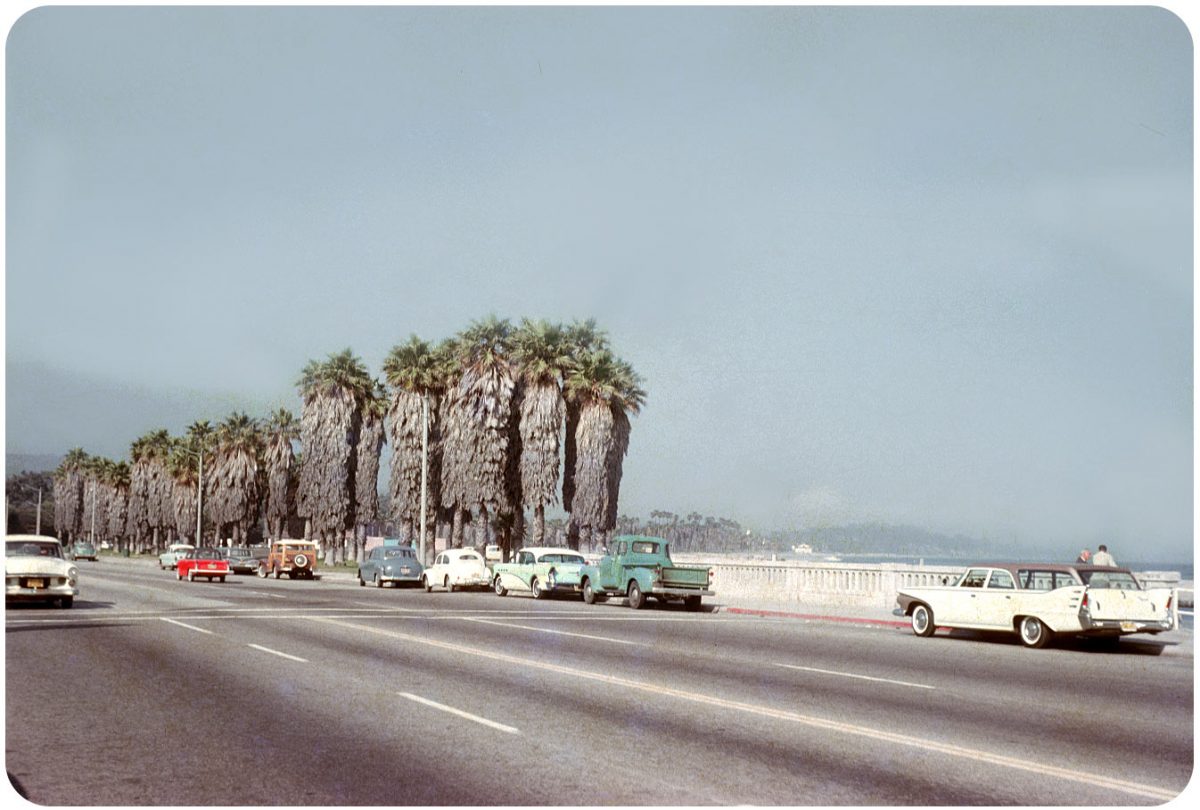 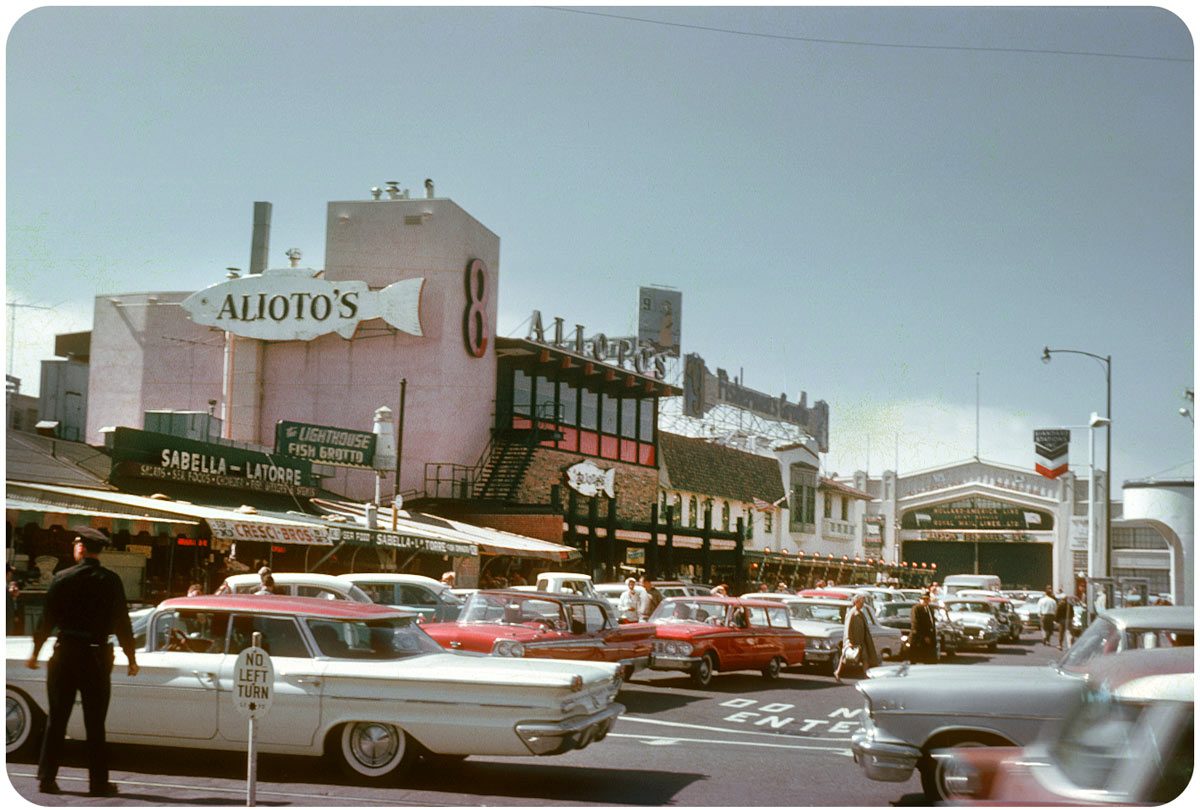 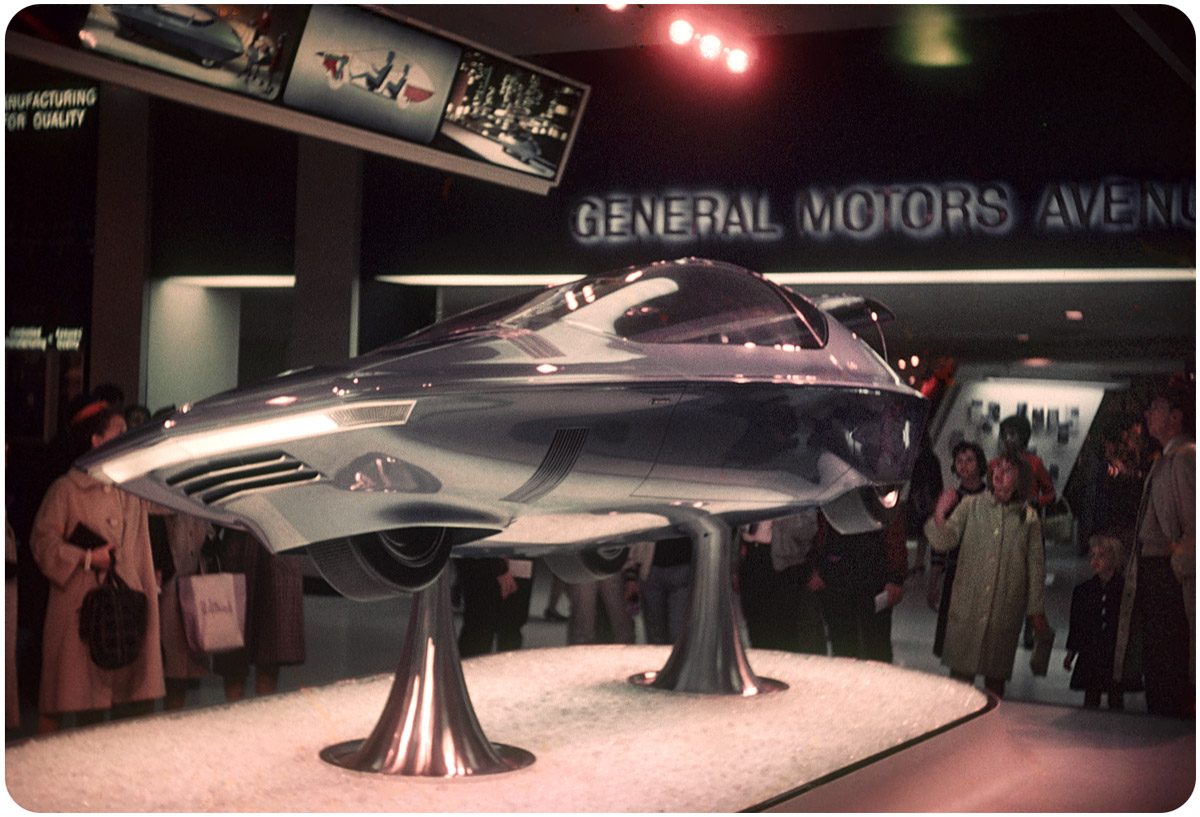 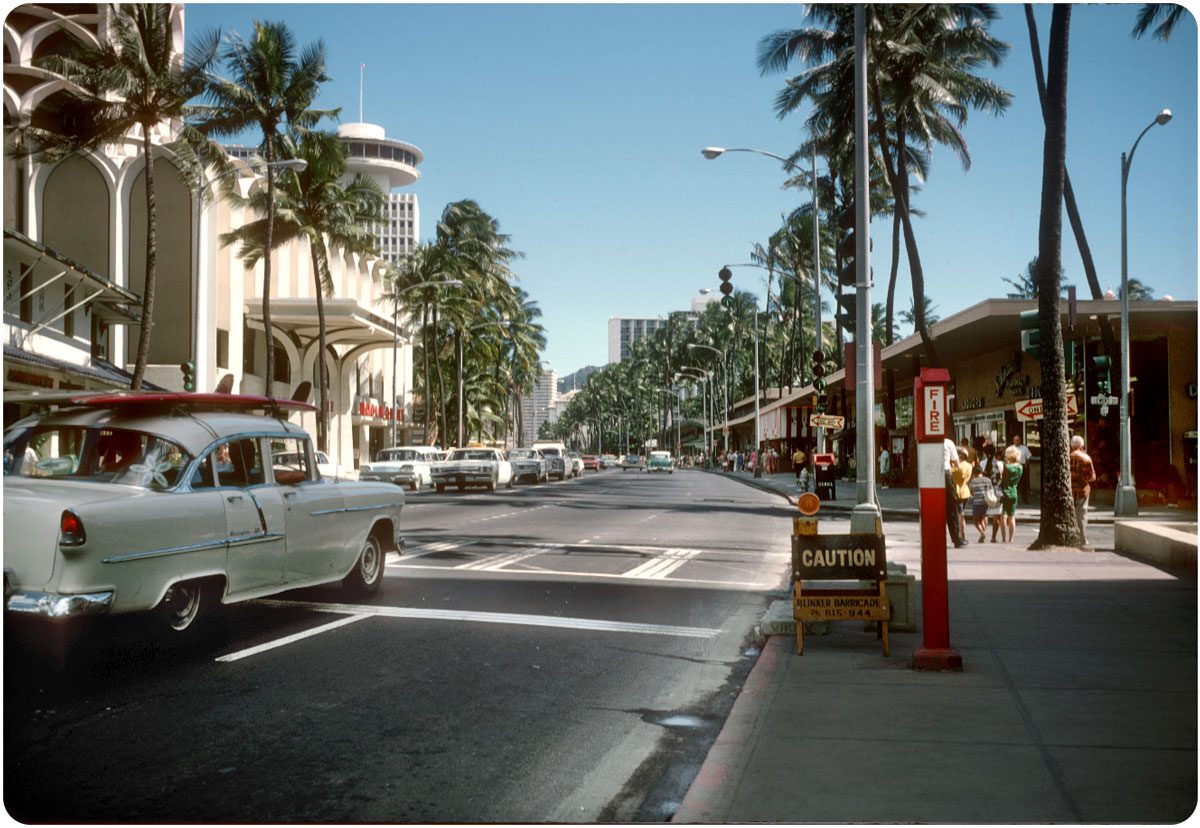 Kalakaua Ave., Honolulu, Hawaii, 1967
A cream 1955 Chevy Bel Air with surfboards in tow is braking as it crosses Lewers St. on a green arrow. The Ala Moana Building’s “Top of Waikiki” rotating restaurant can be seen above and behind the distinctive Bank of Hawaii / Galleria tower. 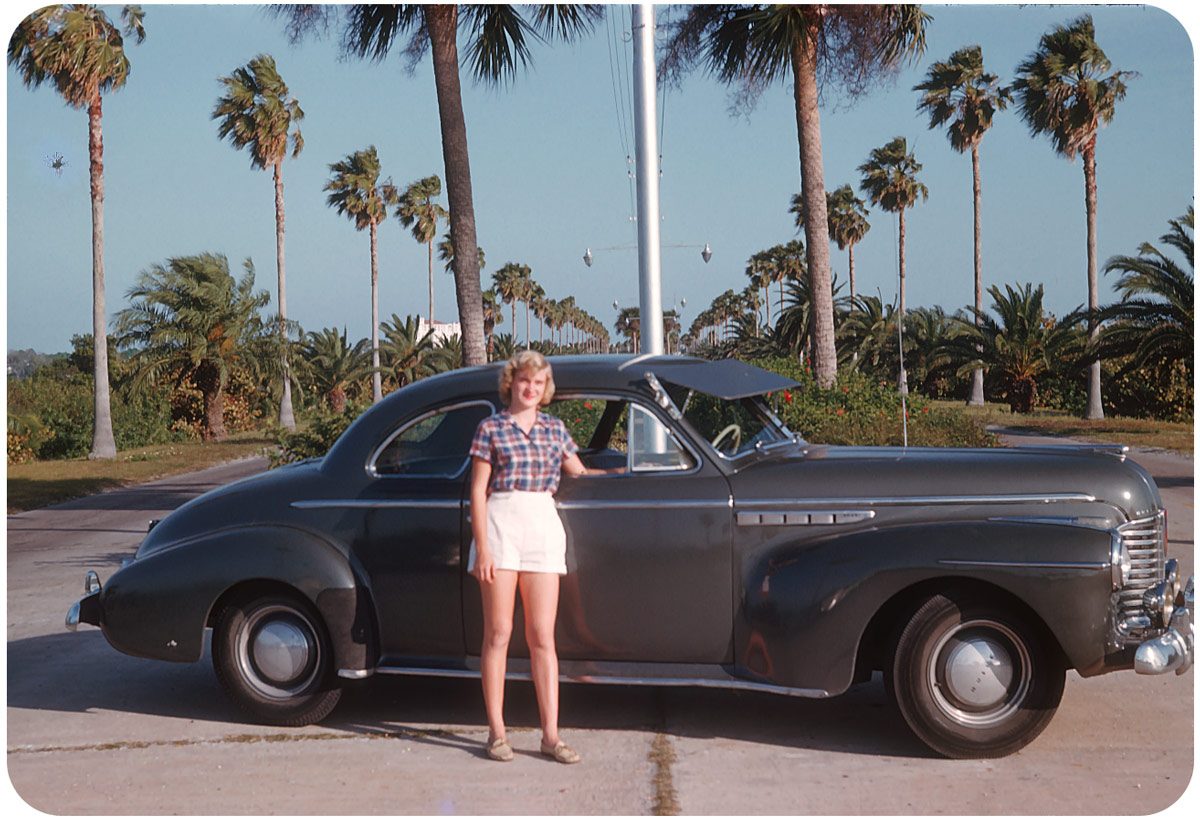 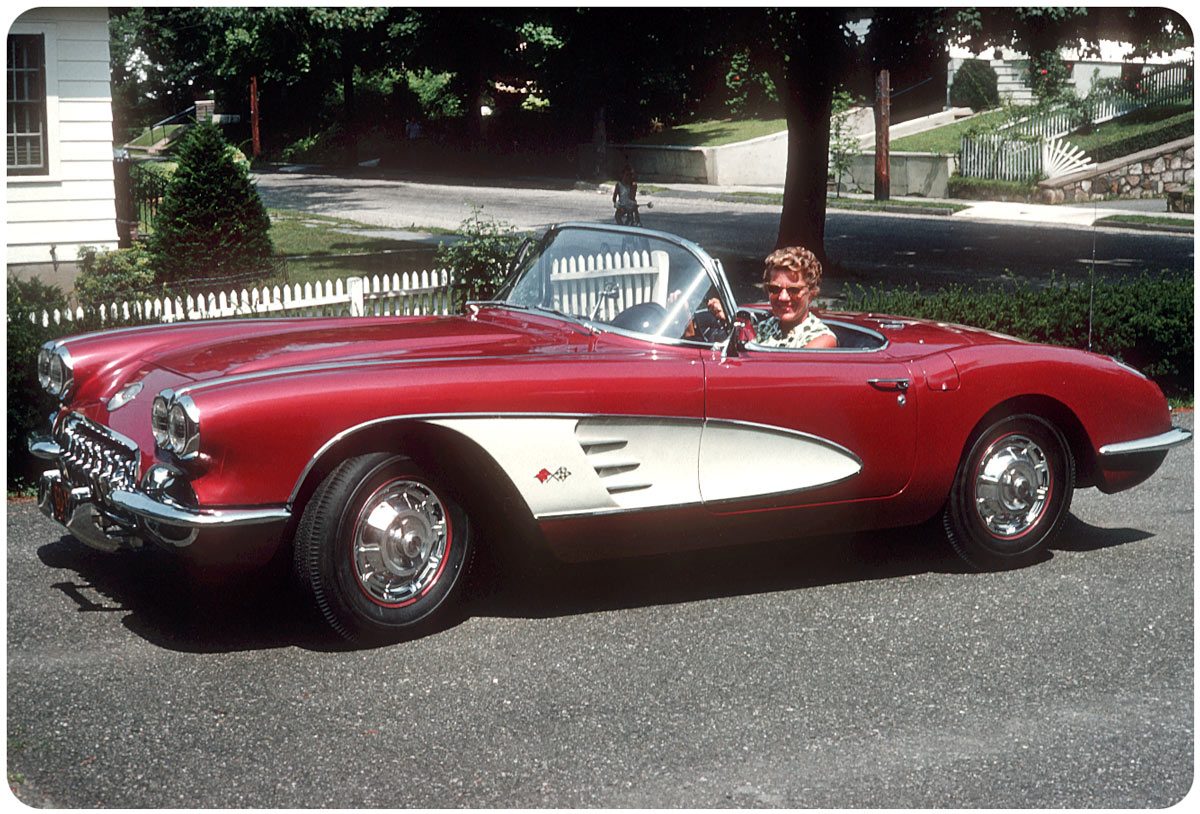 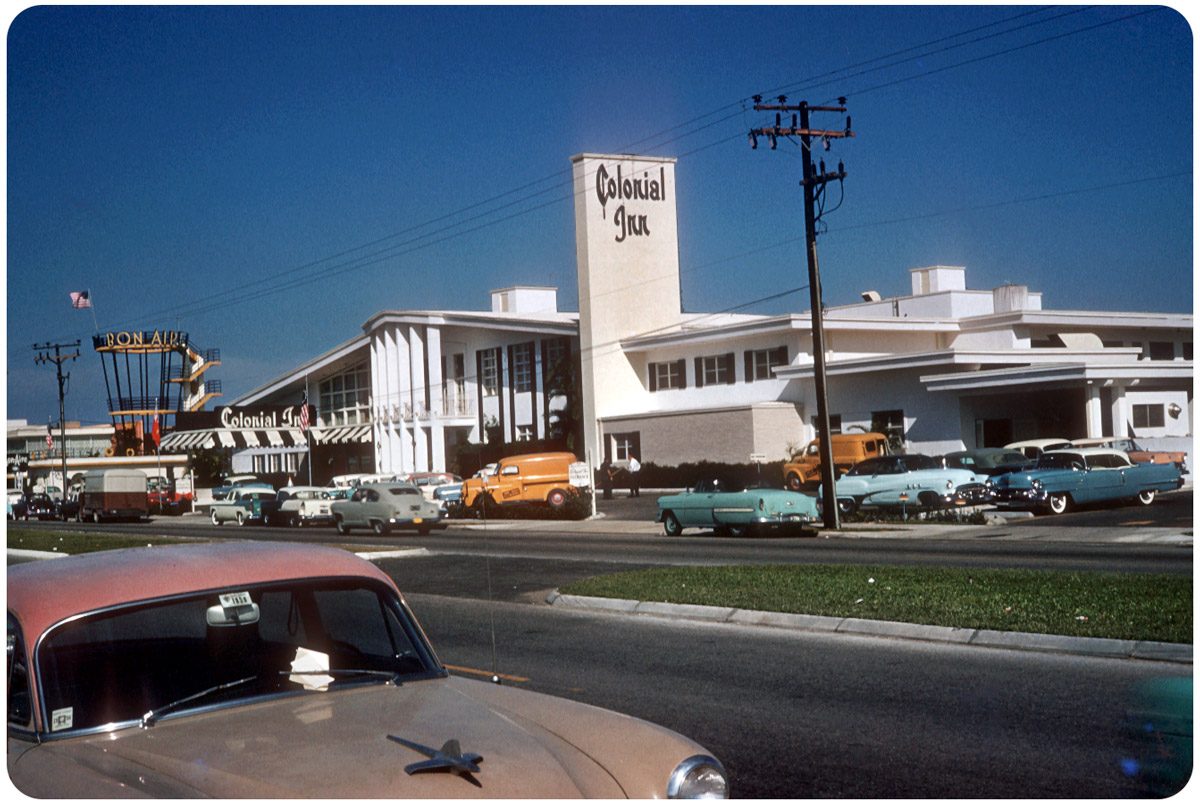 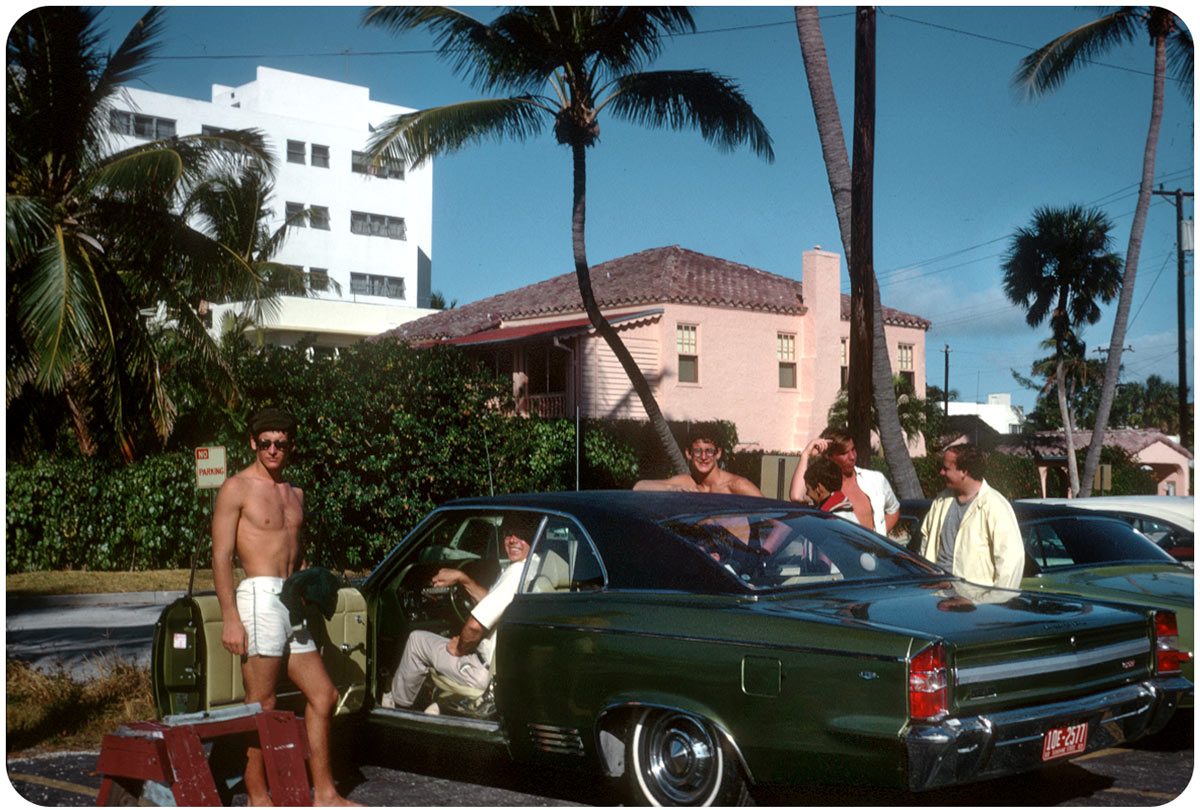 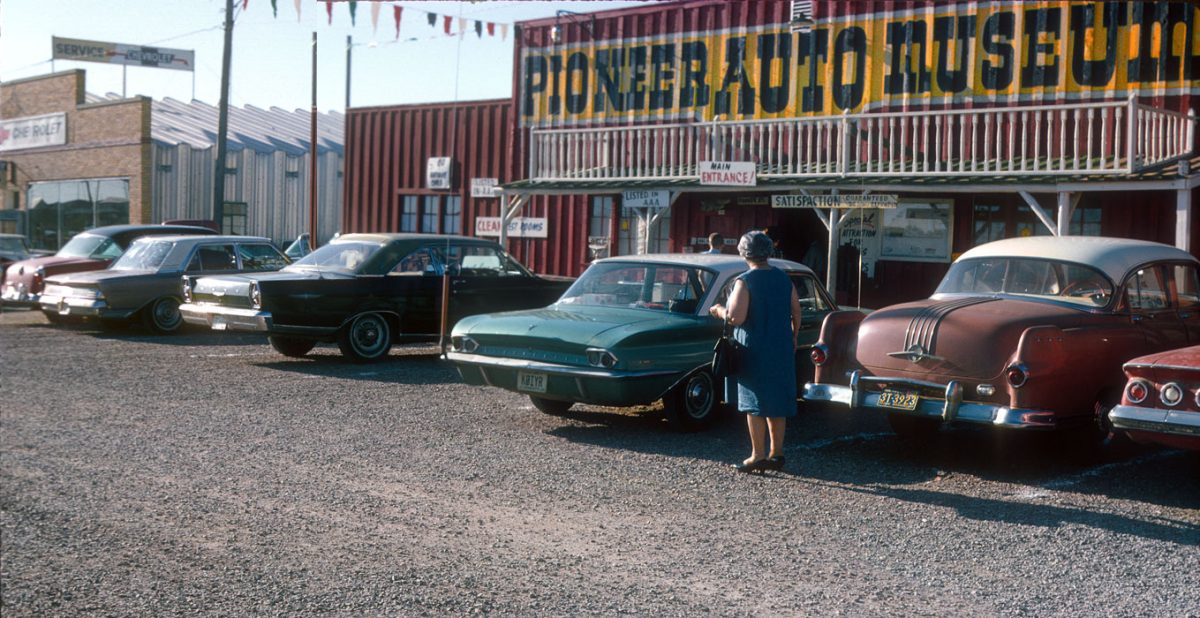 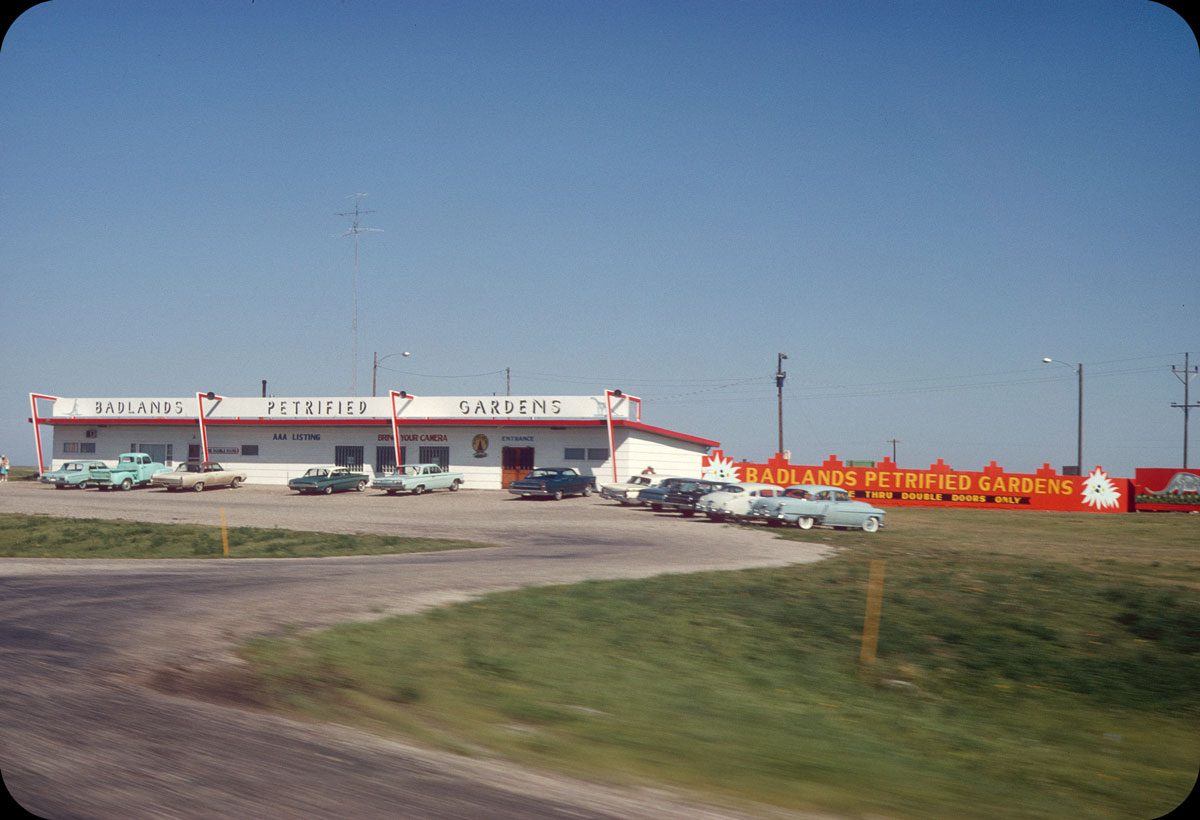 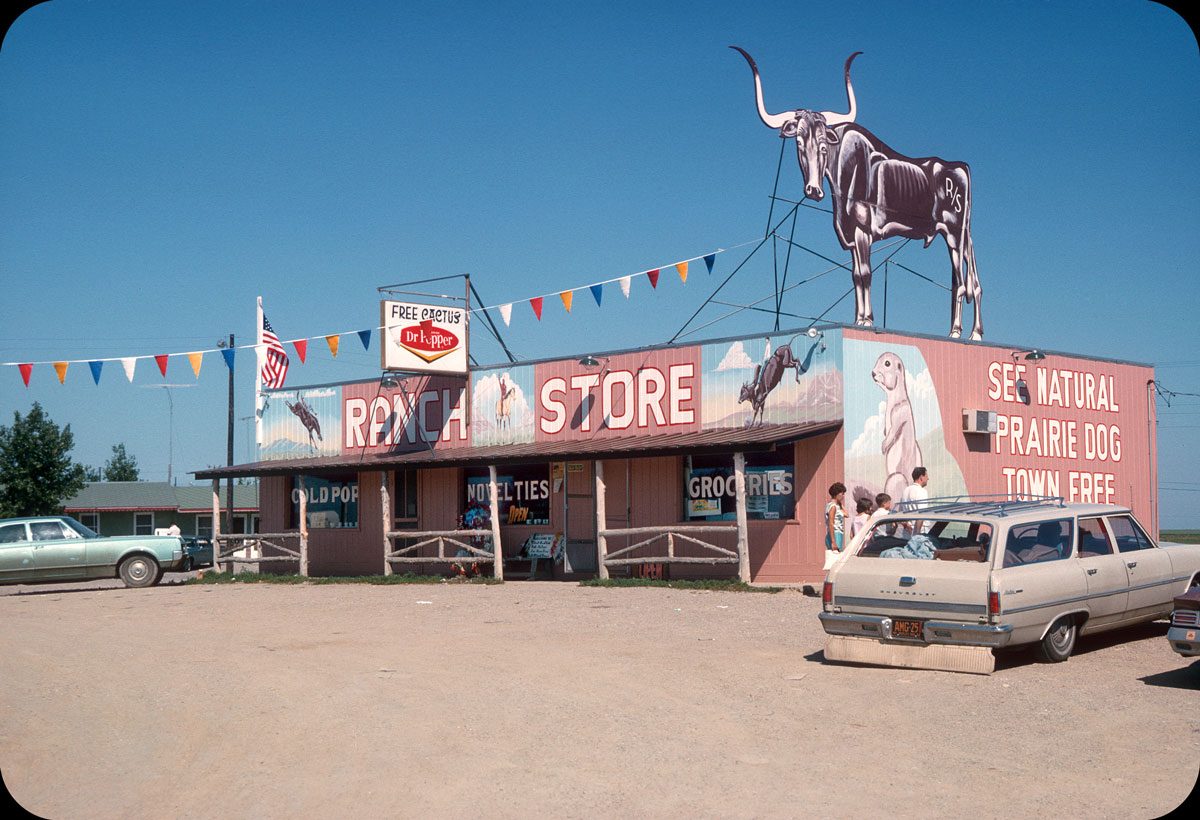 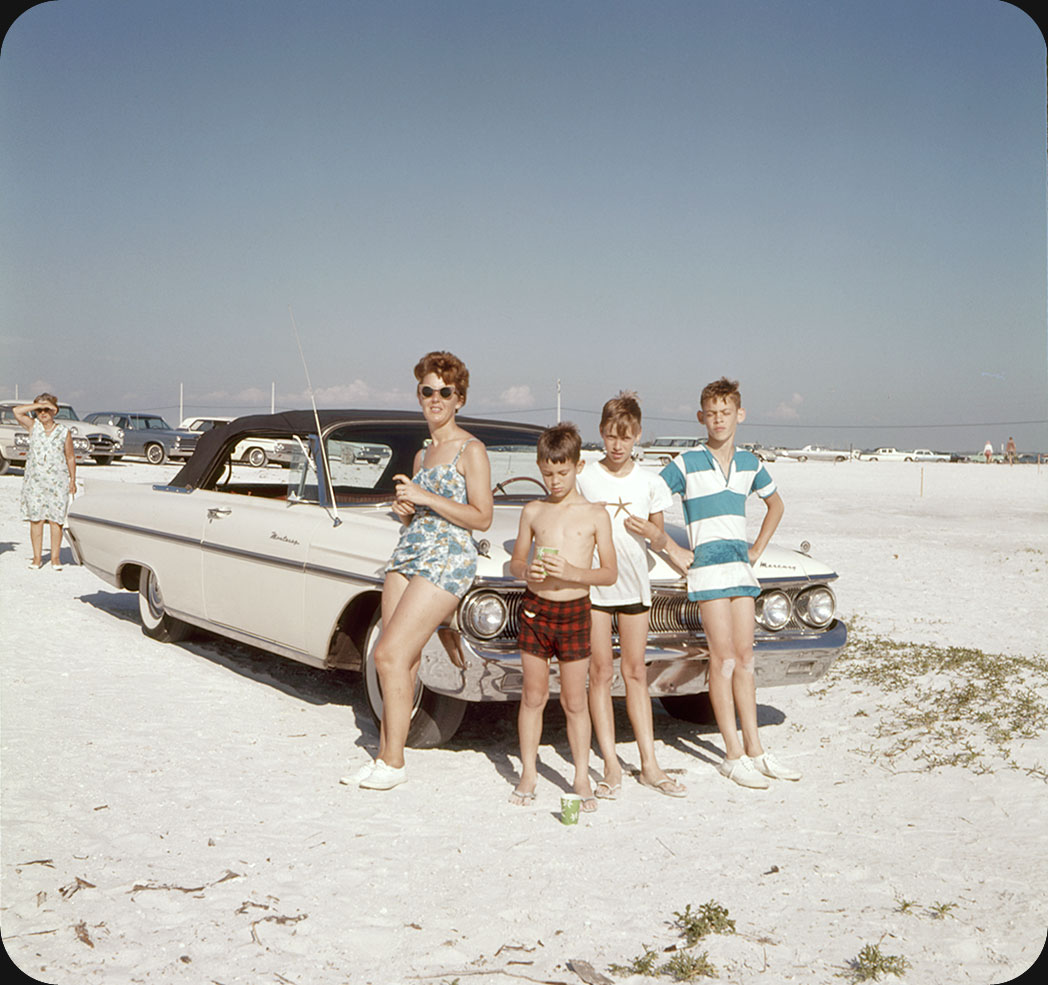 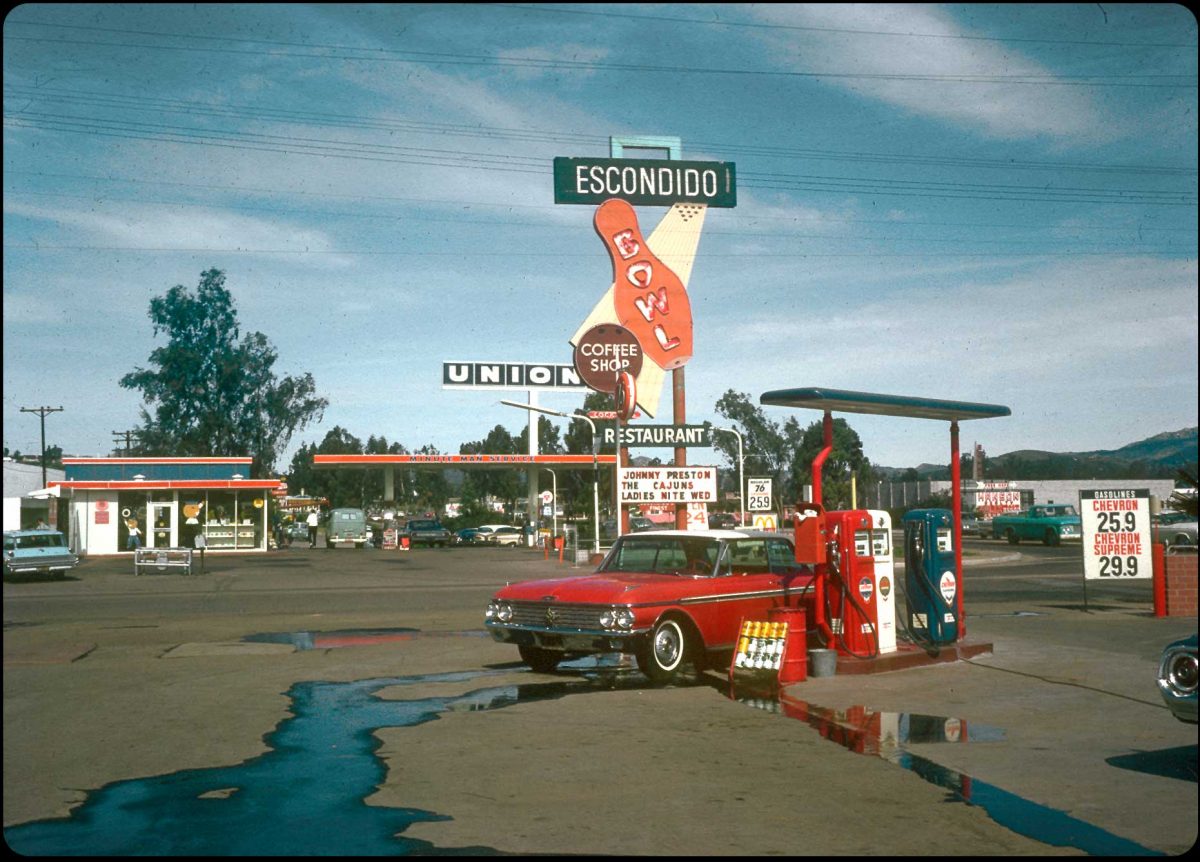 Escondido Bowl and a Red Ford Galaxie – 1966
A fire-engine red 1962 Ford Galaxie rinses off at a Chevron under a googie-riffic sign in Escondido, California. 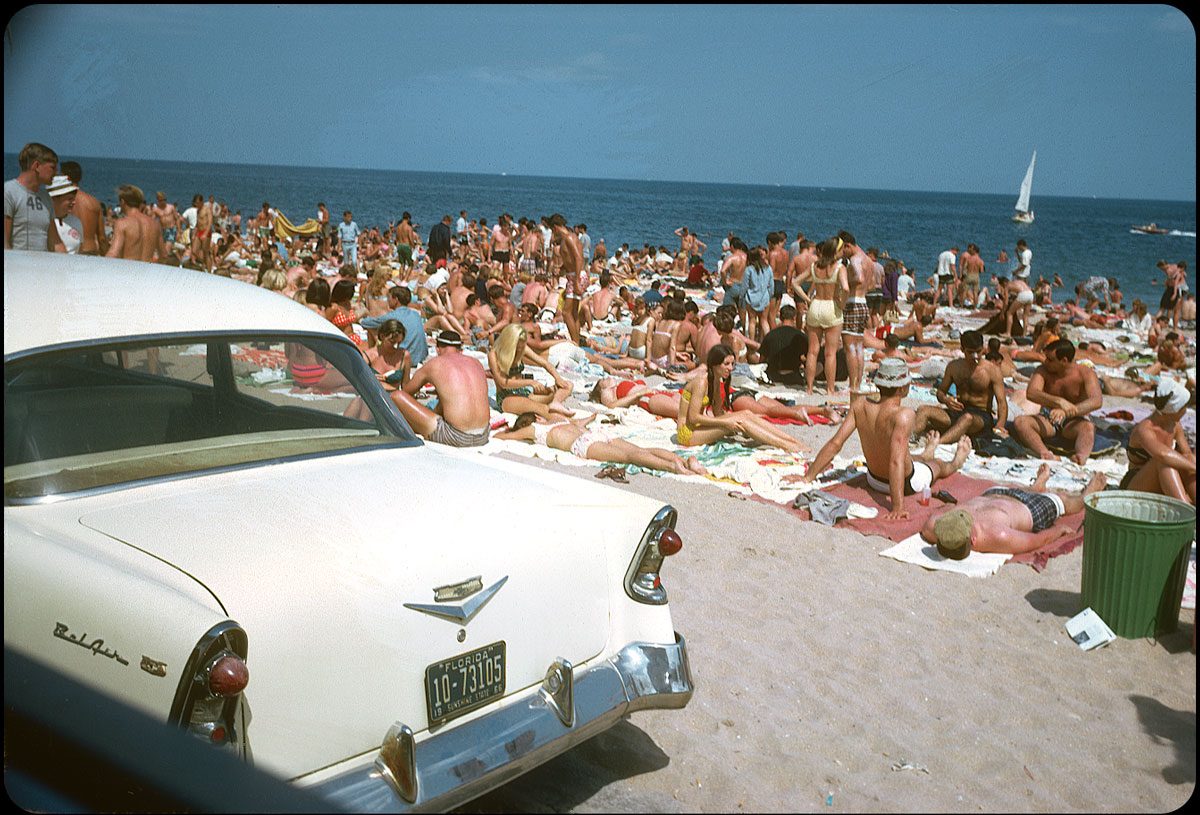 Photos and captions via ElektroSpark

I was at that World's Fair. Dad worked for GM and he took the whole family to see the GM Pavilion. I remember seeing that concept car...and many others. I think I have an old B&W snapshot of it somewhere among the family archives.

That poor boy in Middletown, NY needs some hub caps or wheel covers for his car!

It weird looking at these pictures, knowing that all of those cars are probably crushed.

I still kick myself for not buying an Amphicar at a swap meet some years ago. It was quitting time and the guy was motivated to sell and I had the cash. The car was quite restorable.

And note their weights, as compared to today.

Is that a VW Beetle pulling that tiny trailer?

“It weird looking at these pictures, knowing that all of those cars are probably crushed.”

My dad had a 30 acre junkyard in Leonia, NJ. In 1969, the town had a meeting at 2am and condemned his place to make a park. He had 60 months to get everything off the place. Many cars went into the crushers.

America. Before Liberals ruined it.

As soon as I can afford a DeLorean with a flux capacitor I am heading back to the 60’s.

Not only is that a VW Beetle pilling the tiny trailer, but that is a 1968 Bug, NOT a 1965 Bug as the caption says. The taillights and rear bumper tell the story.

It was our culture. We failed to defend it properly against the radicalism that arose in the mid-to-late Sixties. And then we elected those "former" radicals to office, in large numbers.

See the USA!
In a Chevrolet!

Wouldn’t you really rather have a Buick?

“...America. Before Liberals ruined it.....”
Each pic is worth a thousand words, but it all spells the above.