“My heart yearned to be there, in the boiling caldron of war, to be baptized in its fire and scorched in its lava” – Maria Bochkareva, commander of the Russian Women’s death battalion in her 1919 autobiography Yashka, My Life as Peasant, Officer and Exile. 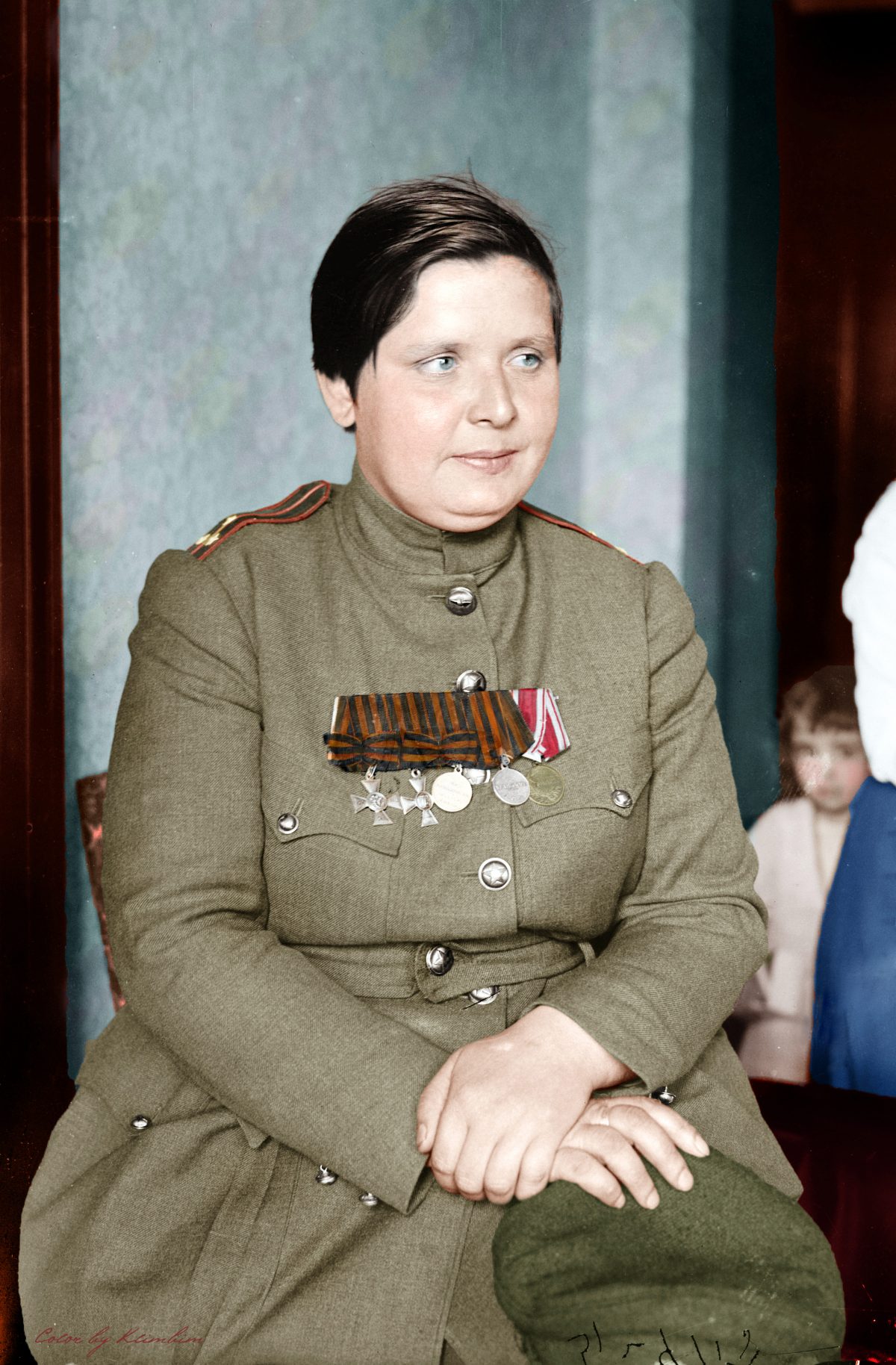 Color can bring the past to the present, giving black and white images a spritz of life. We’ve seen color photos of the Russian Empire in Sergei Mikhailovich Prokudin-Gorskii’s gorgeous photos. But what would the goofy Romanovs looks like in color? Thanks to Olga Shirnina (aka Klimblim) we get a good idea. She colorizes black and white images of Russians in World War 1.

The lead photo show us Maria Leontievna Bochkareva (1889–1920), a Russian soldier who fought in World War I and formed the Women’s Battalion of Death. She was the first Russian woman to command a military unit. She was executed by a Bolshevik firing squad. “Passing her on the street, you had to look three times to make sure she was not a man,” Bessie Beatty  (January 27, 1886 – April 6, 1947), the American journalist, editor, playwright and radio host, wrote in The Red Heart of Russia. “After the first few days of grumbling protest, her comrades seldom remembered she was a woman.”

“Sometimes a picture can say more than many words,” says Olga, “and I’ll be glad if people learn more about Russia and its people through my colourings, especially about our brave women … The most thrilling part of the coloring process,” she adds, “is when suddenly the person looks back at you as if he’s alive.” 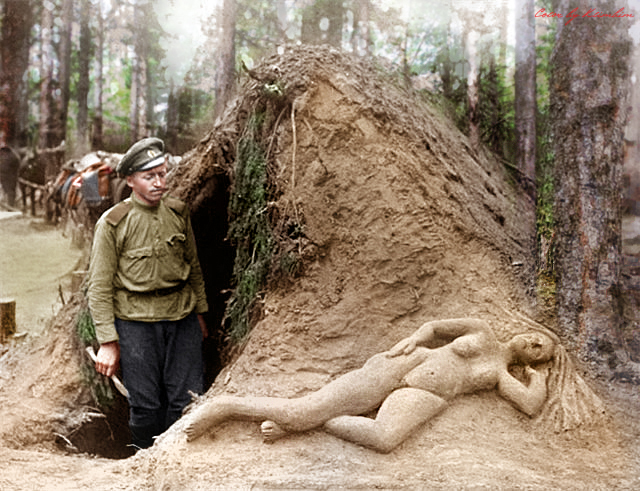 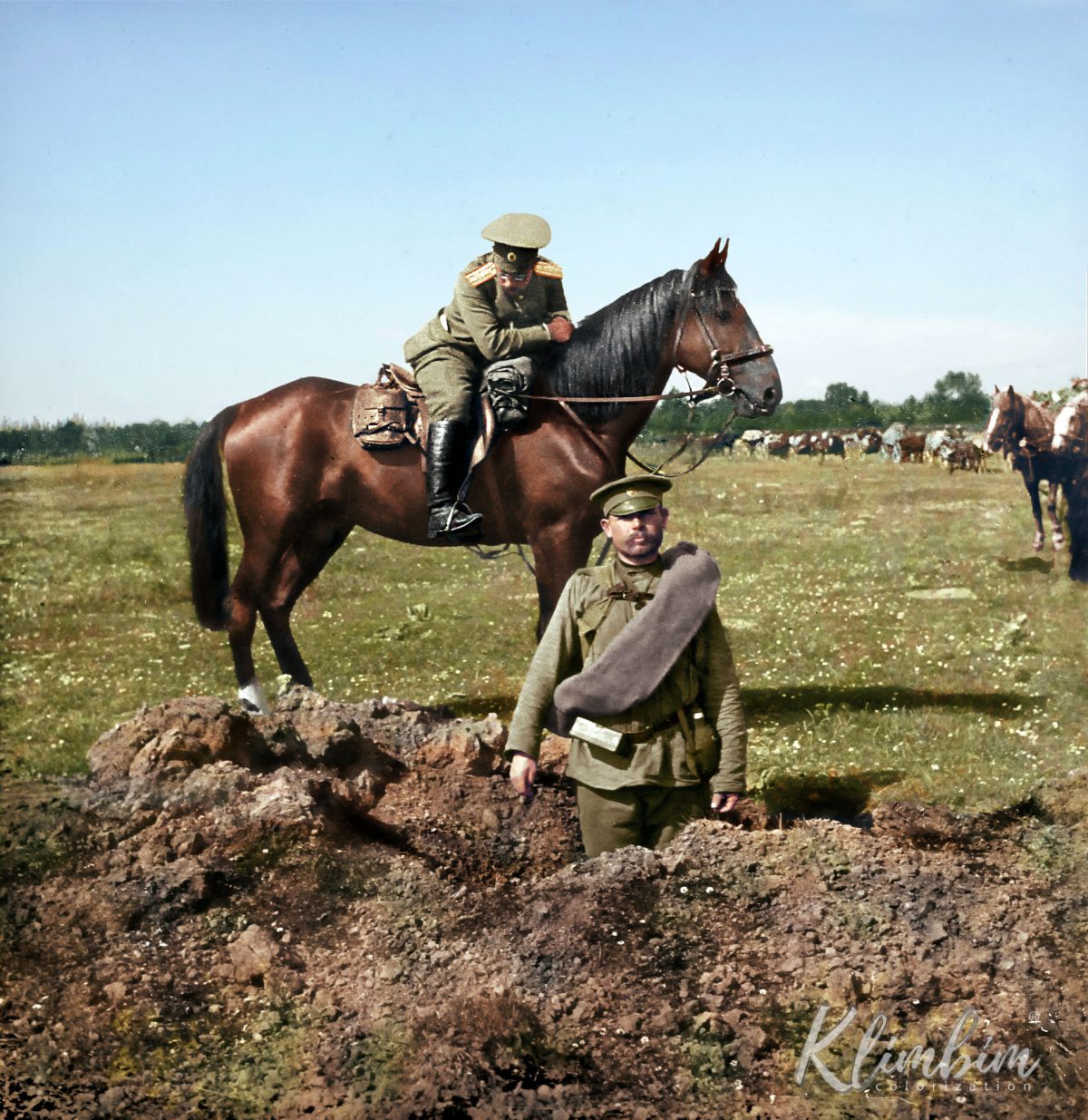 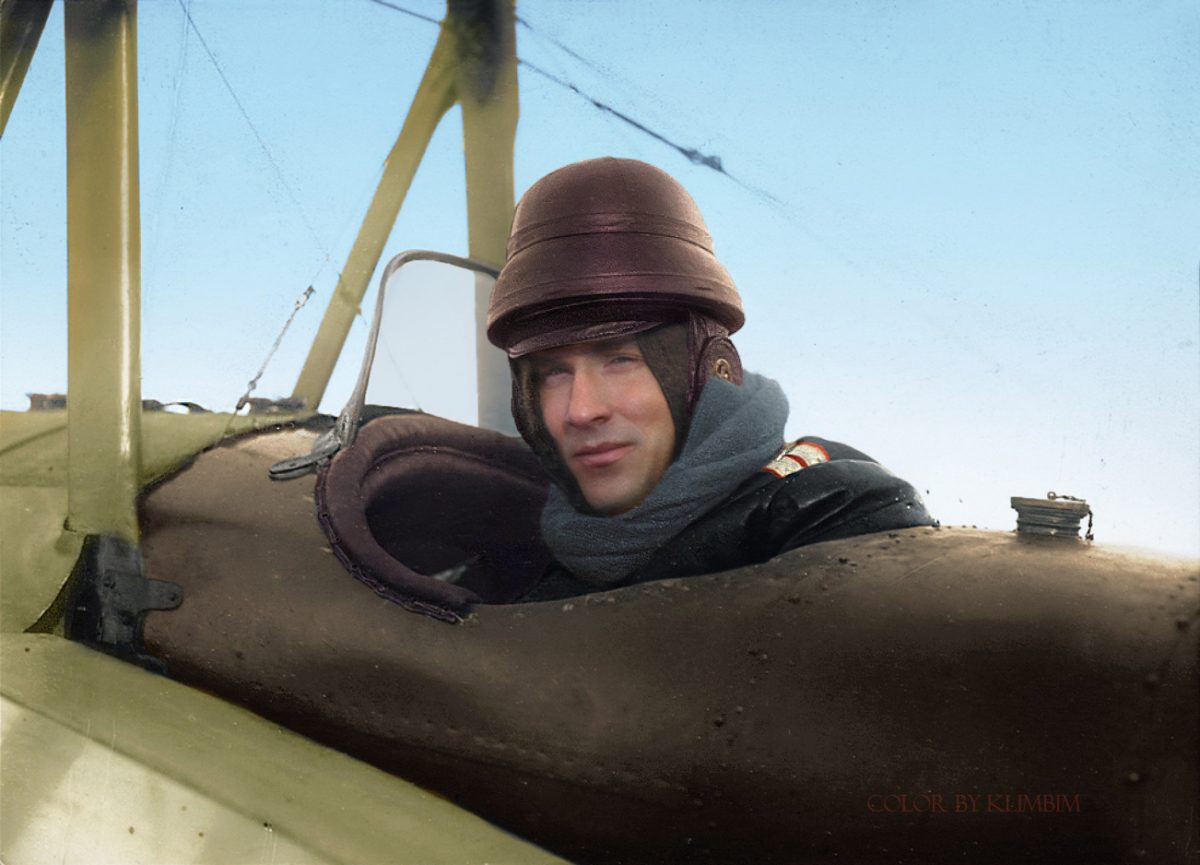 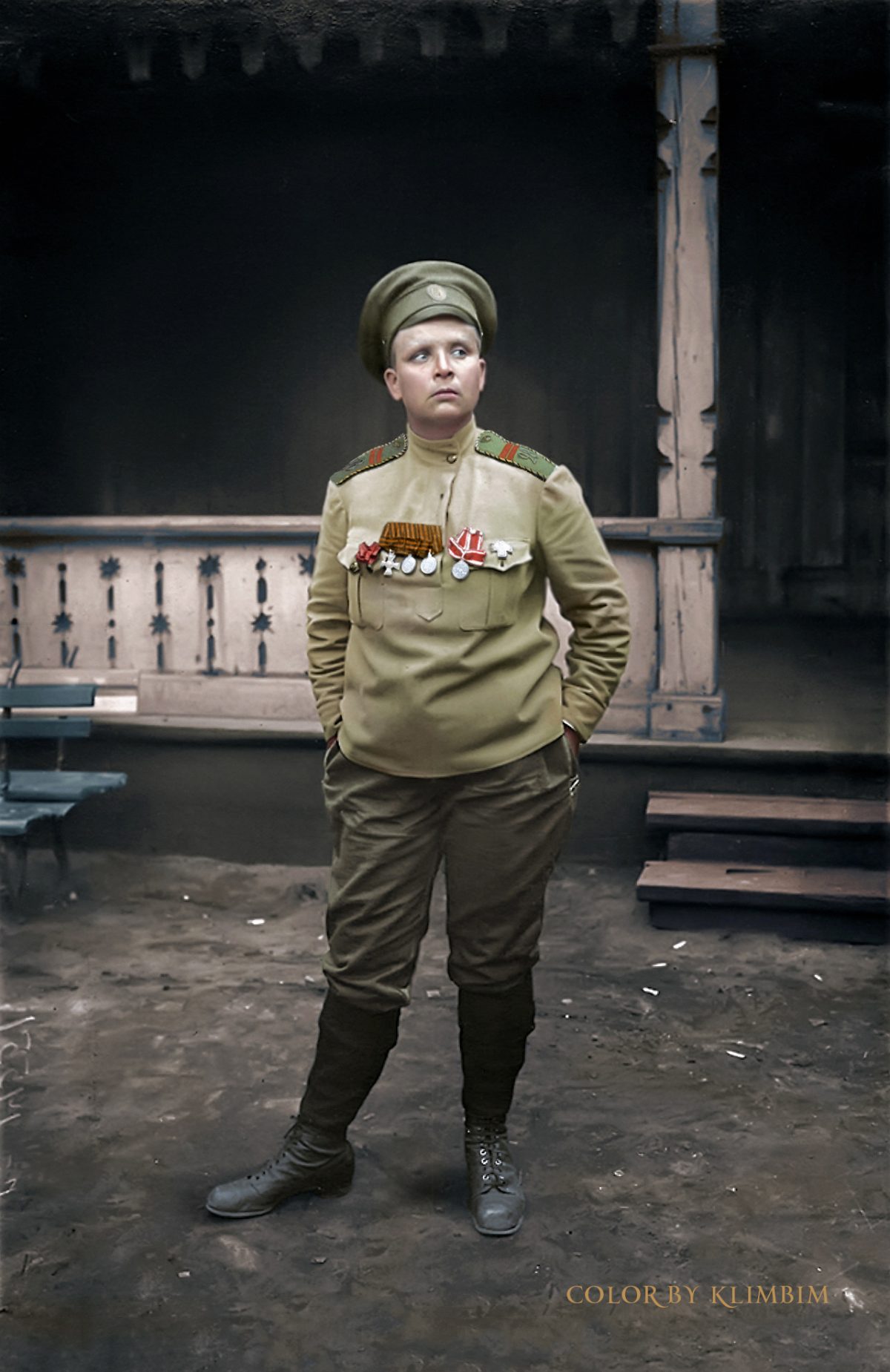 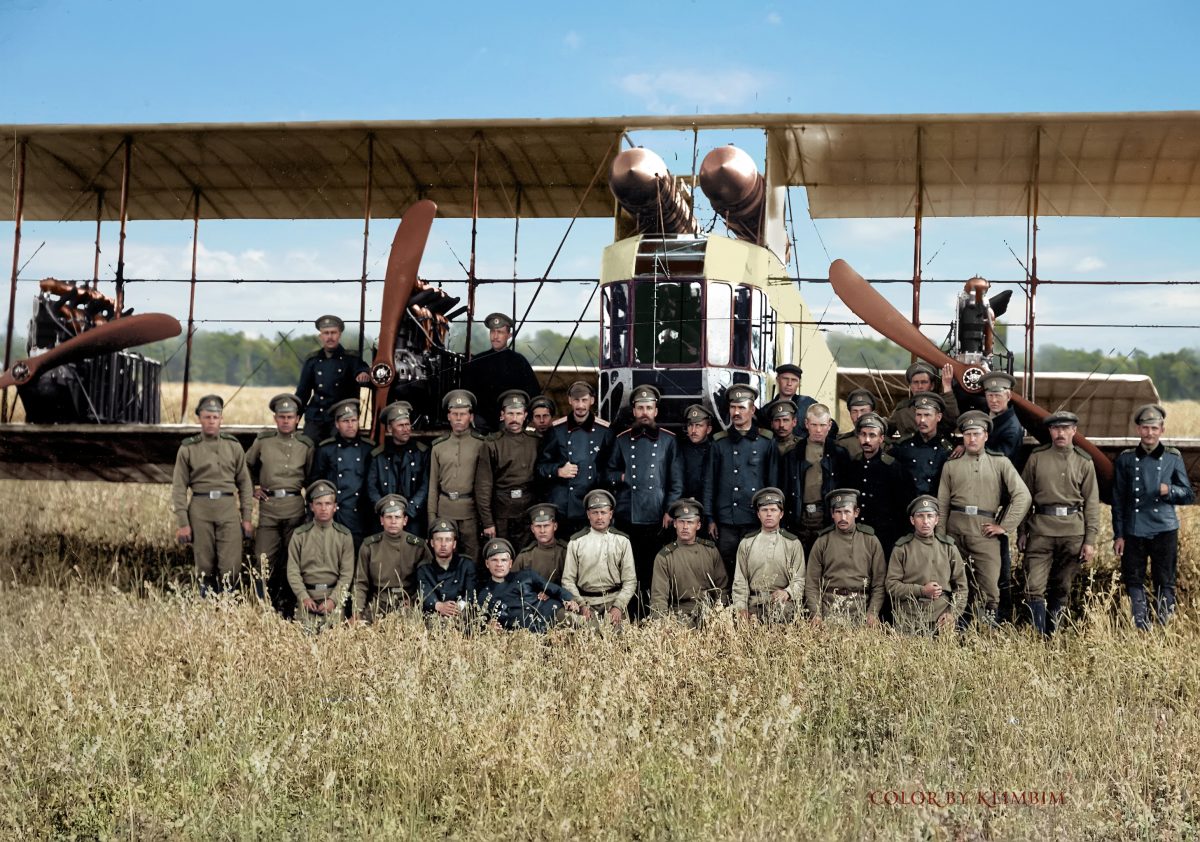 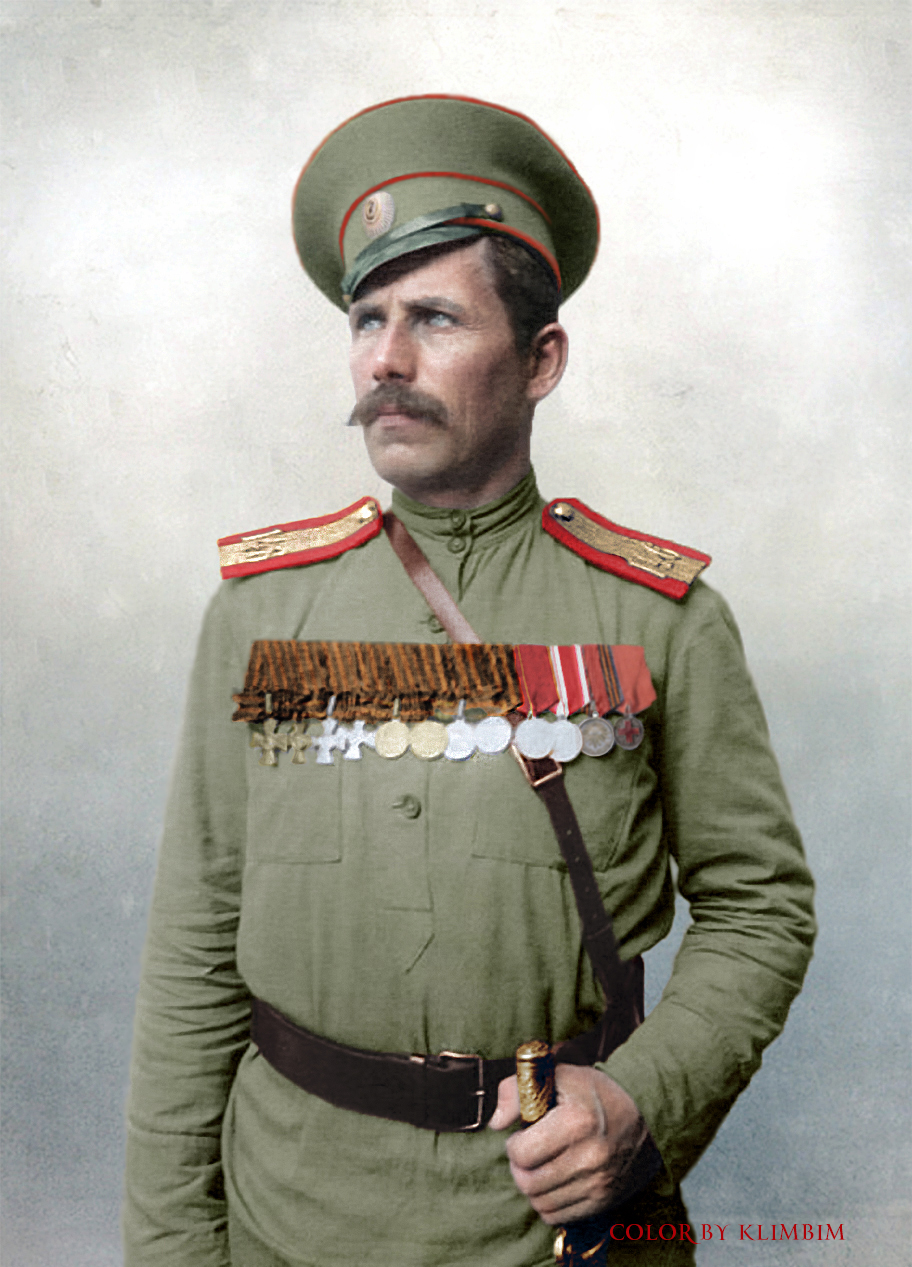 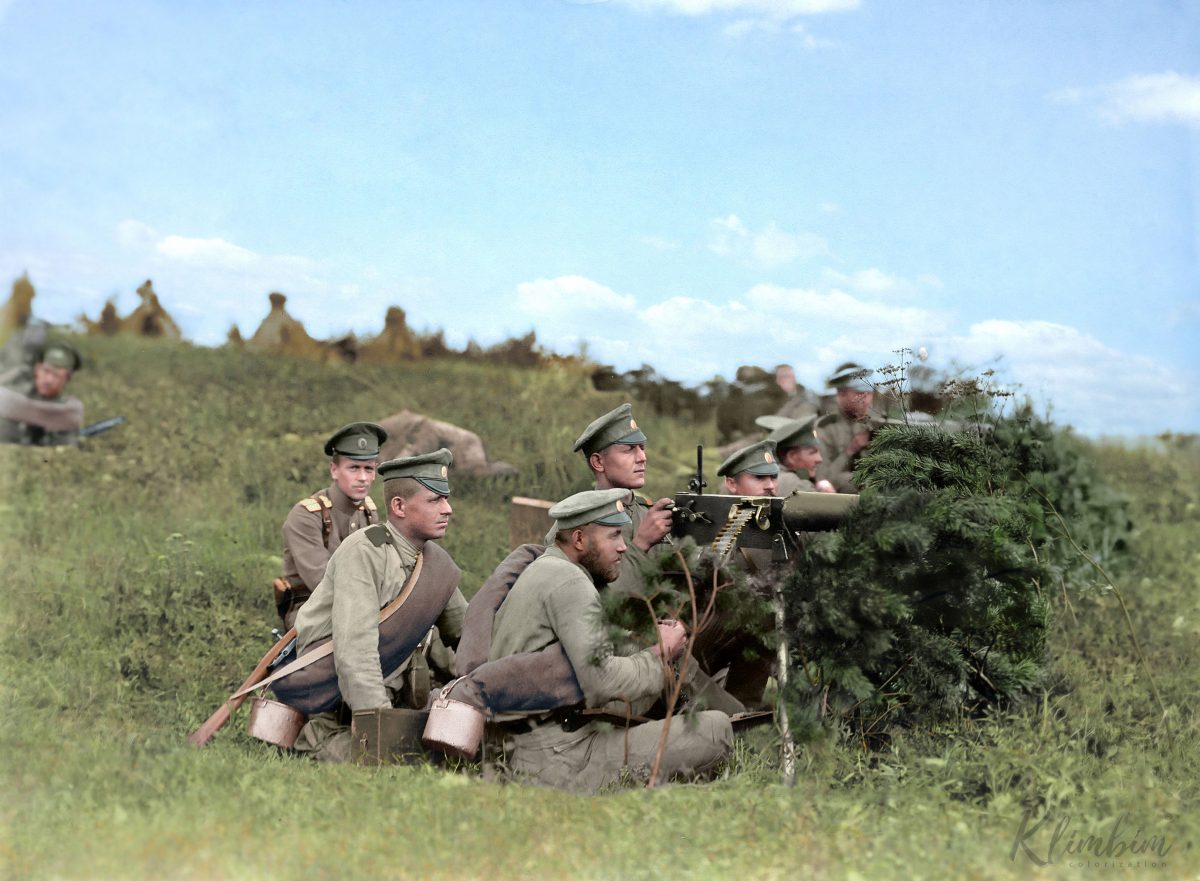 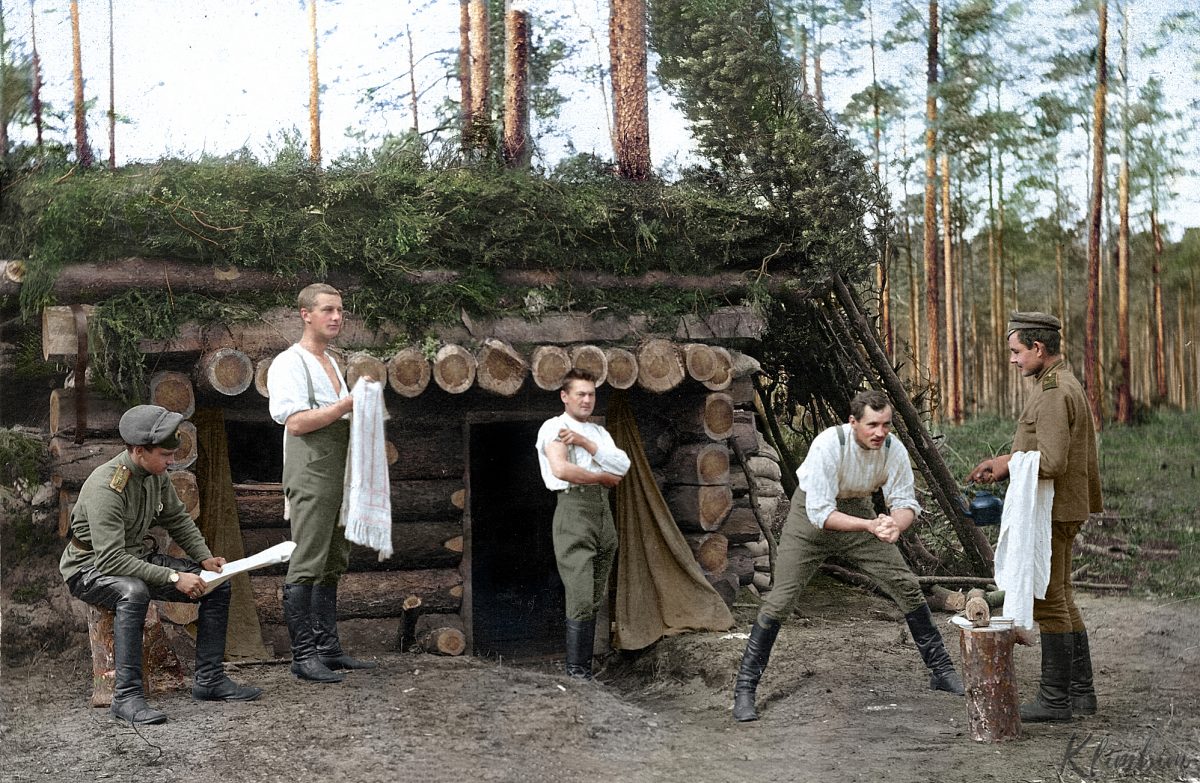 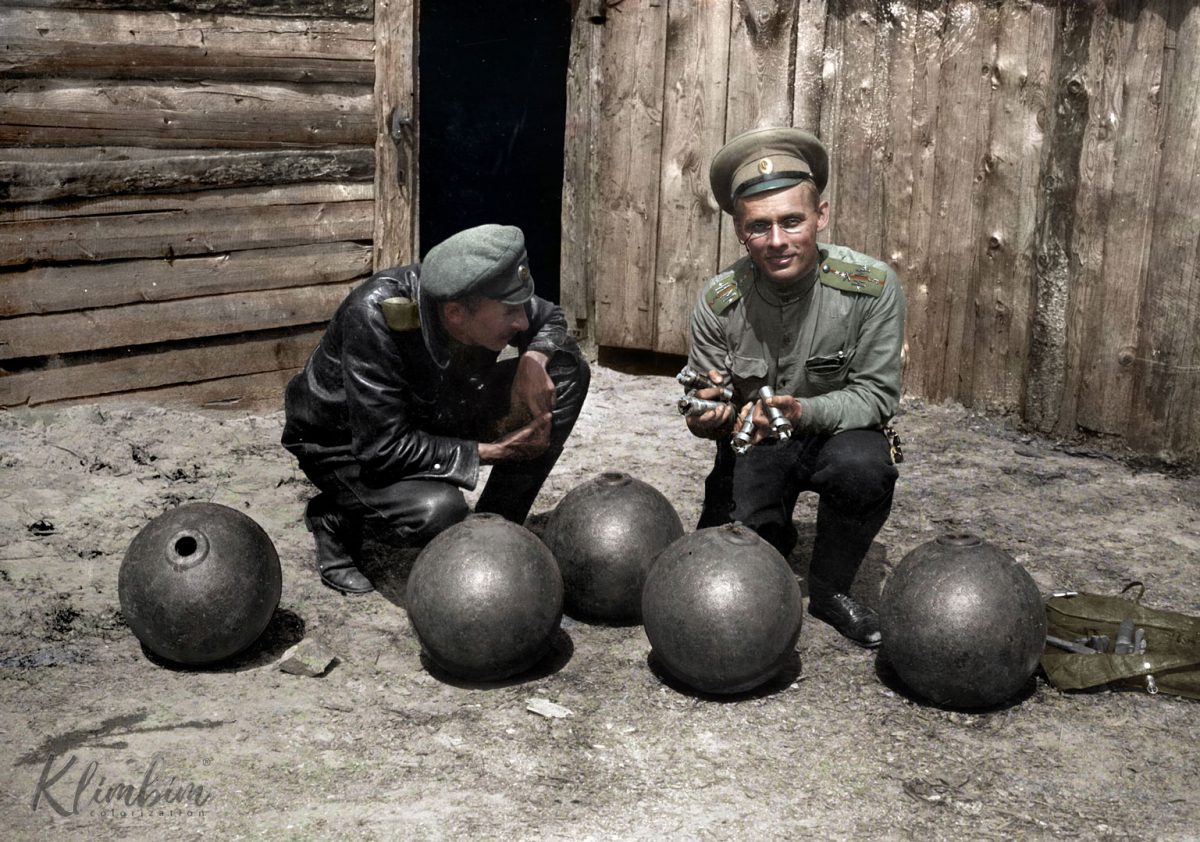 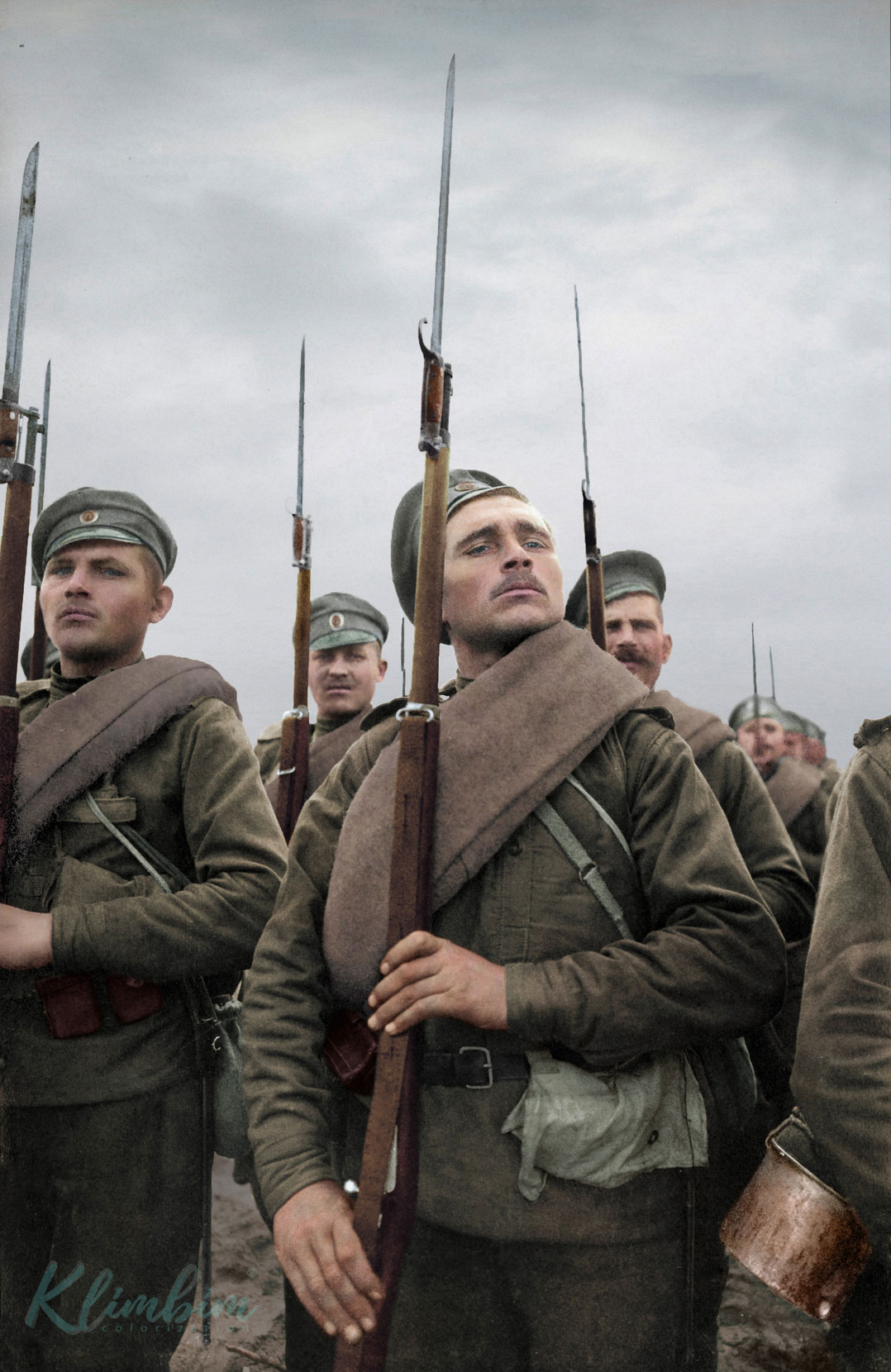 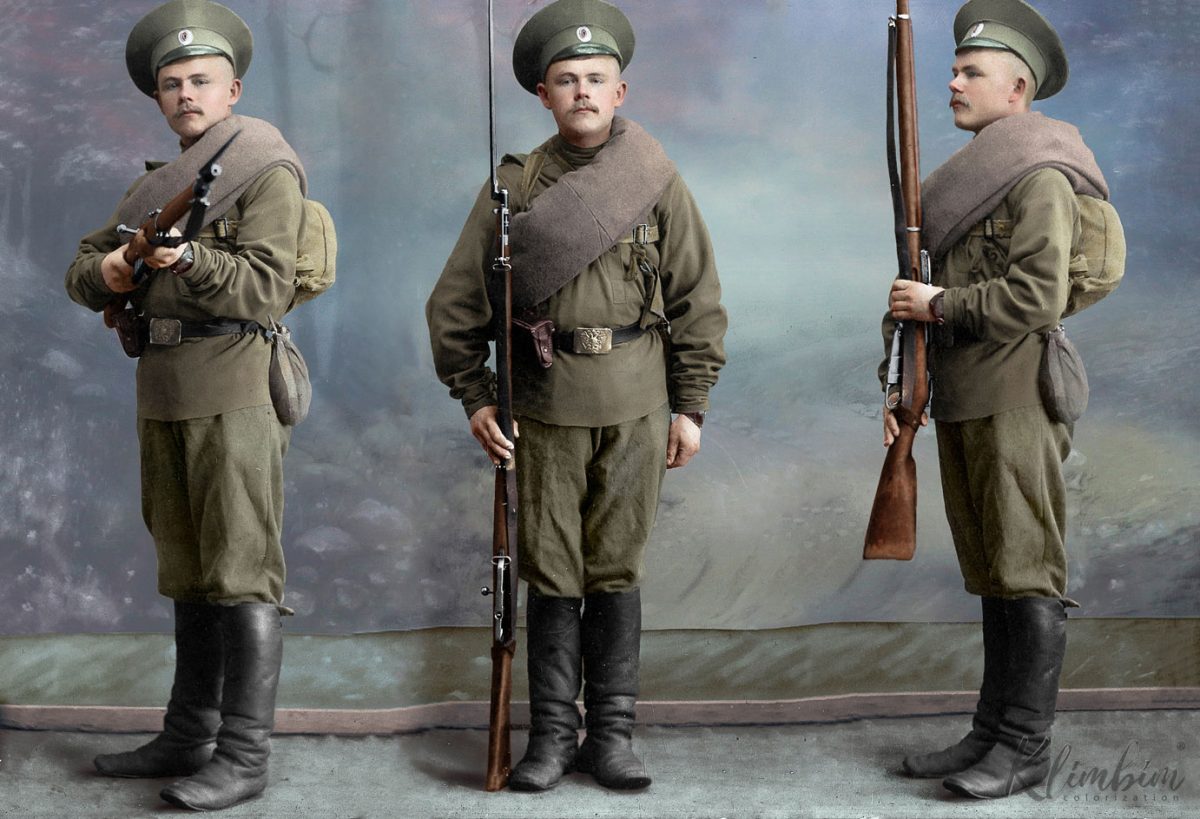 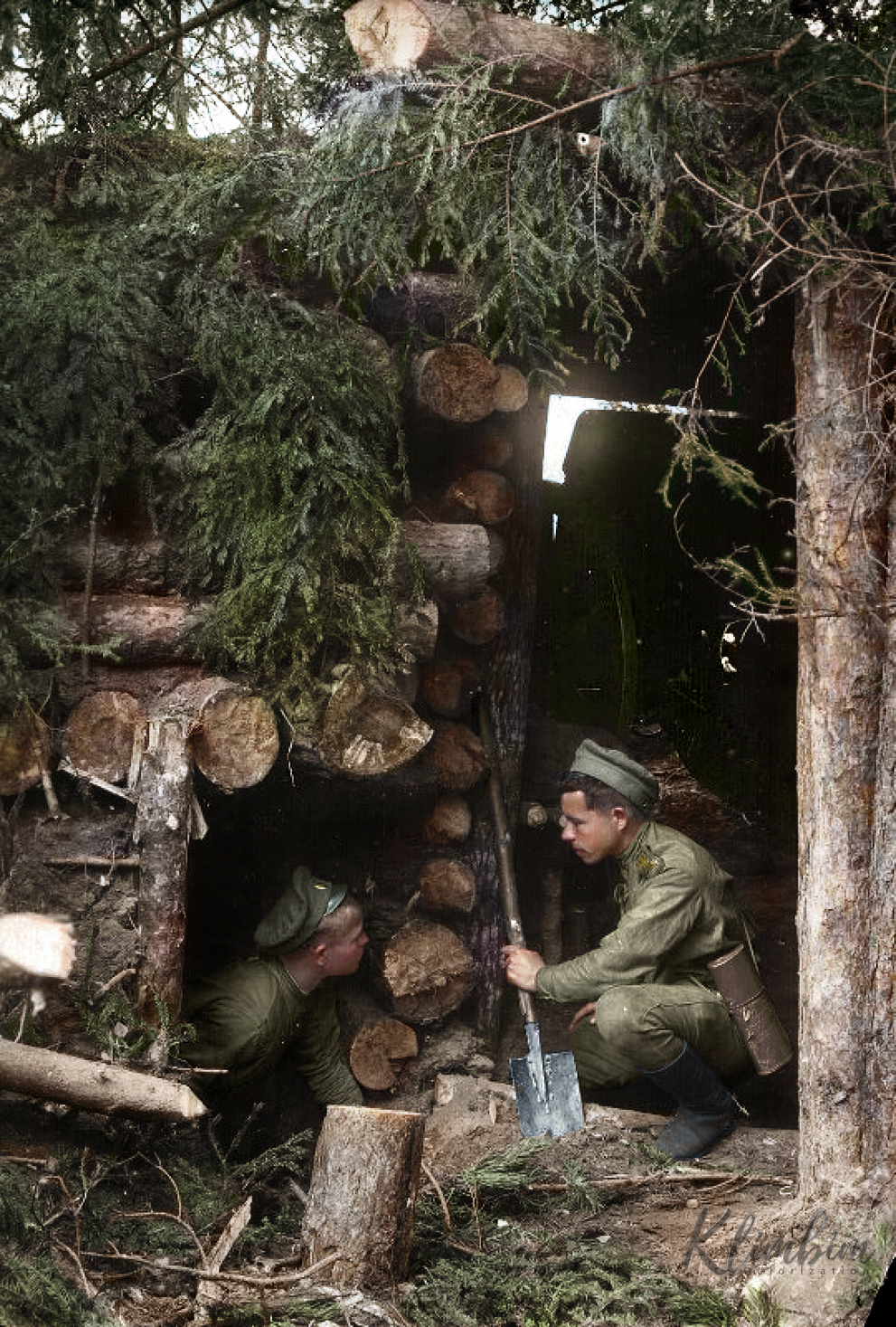 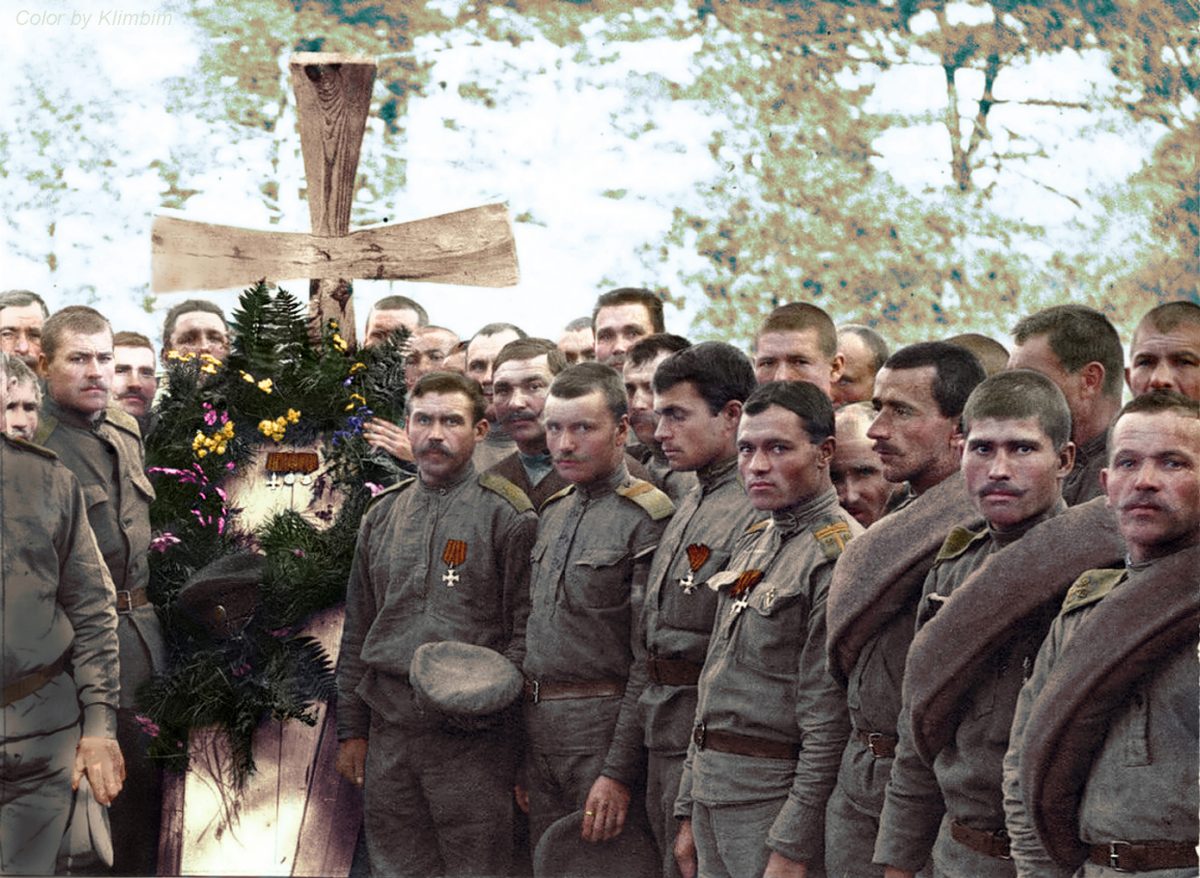 Burial of a fallen Russian soldier, 1916 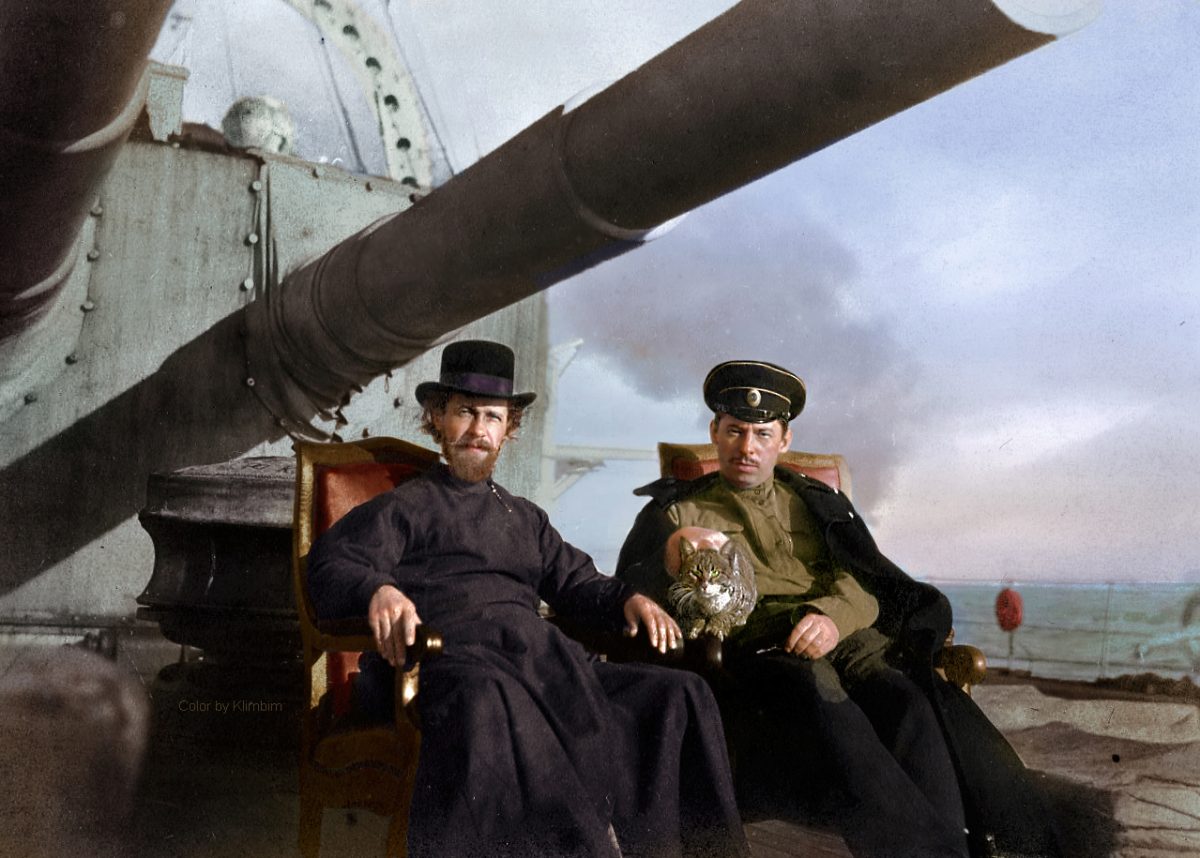 Kagul (renamed Ochakov, later General Kornilov) was built by Sevastopol dockyard. Laid down 1900, launched October 1902, completed 1905, seized by the White forces in the Russian Civil War and interned in Bizerta in 1920 as part of Wrangel’s fleet, sold for scrap in 1933 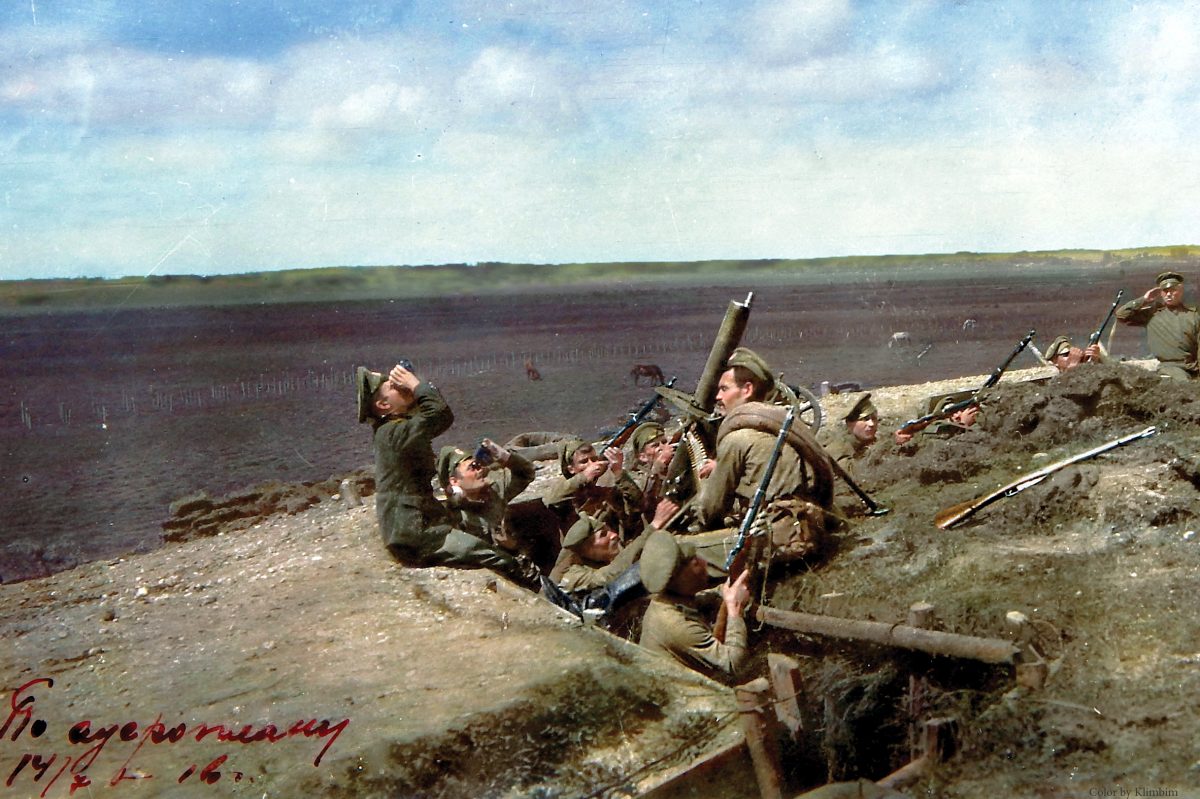 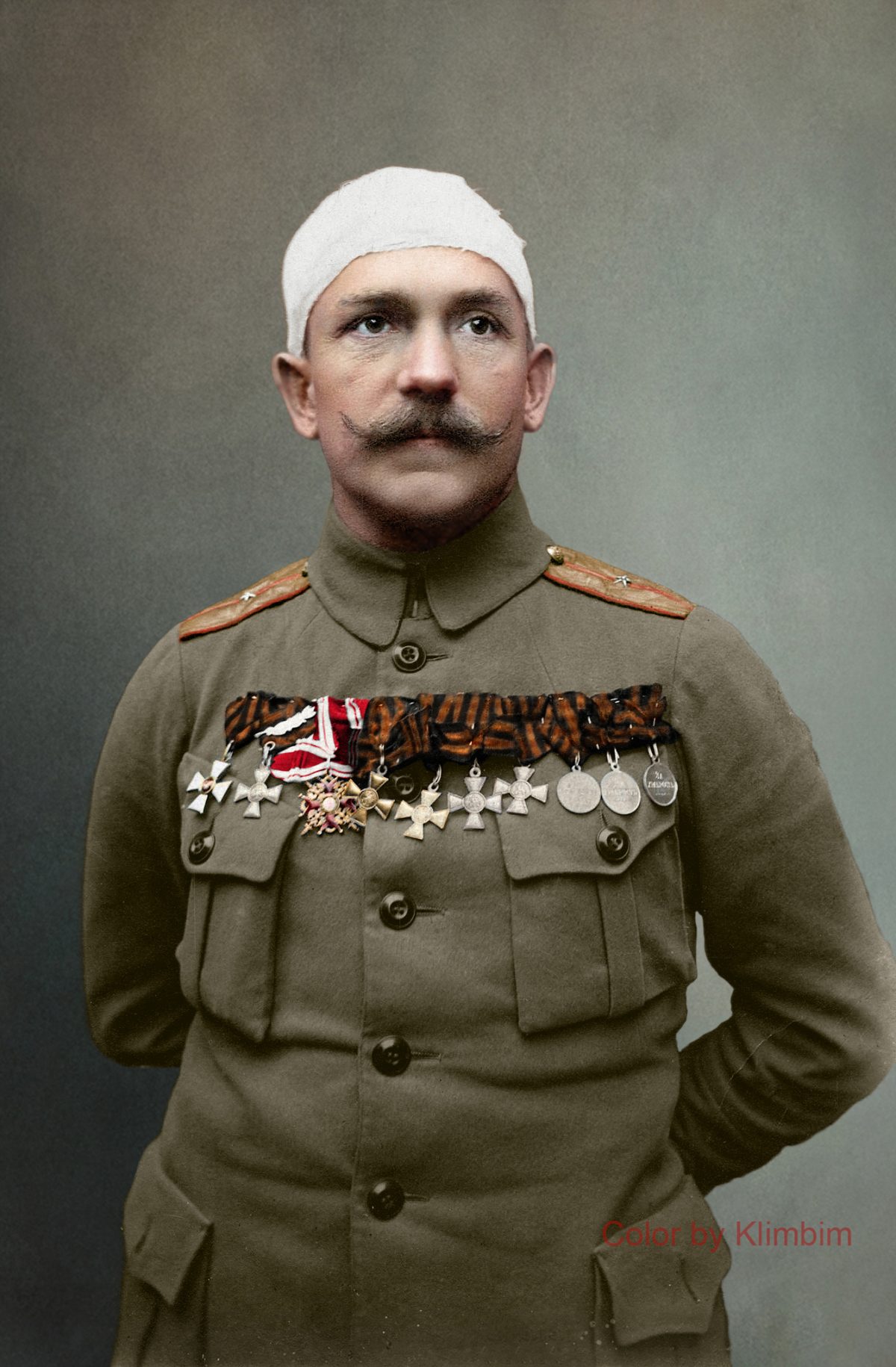 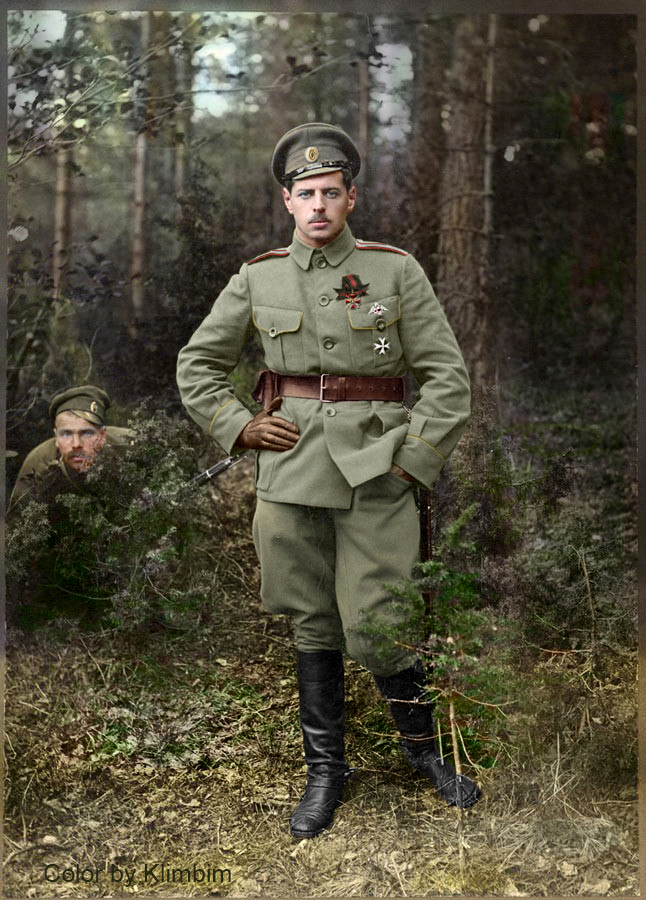 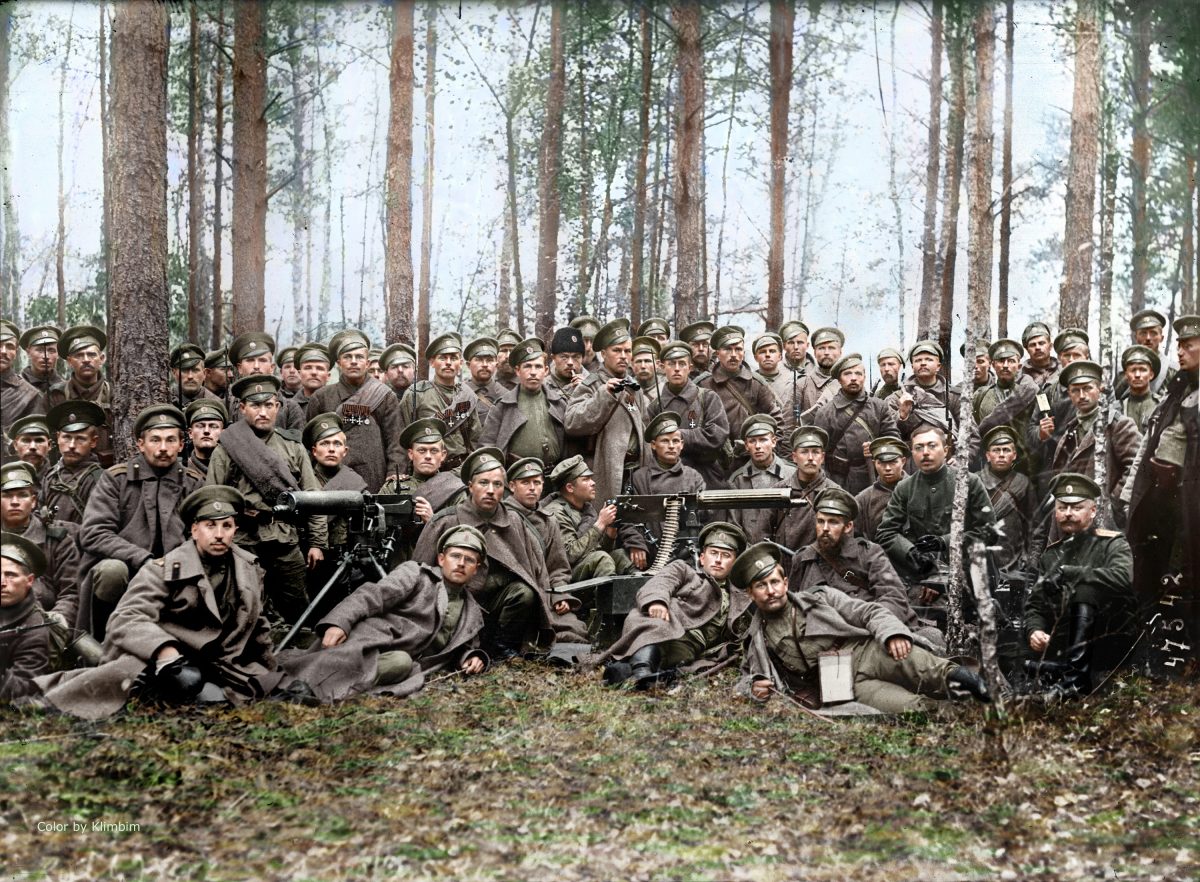 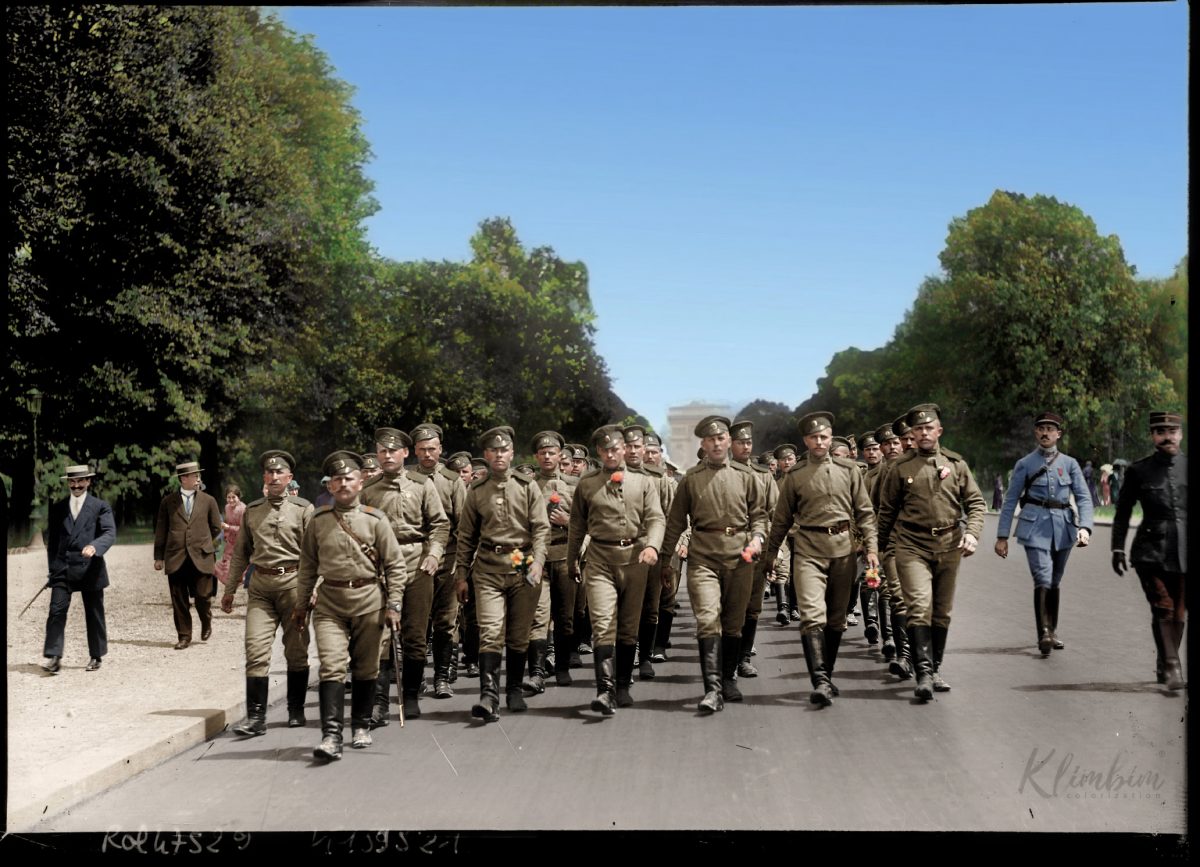 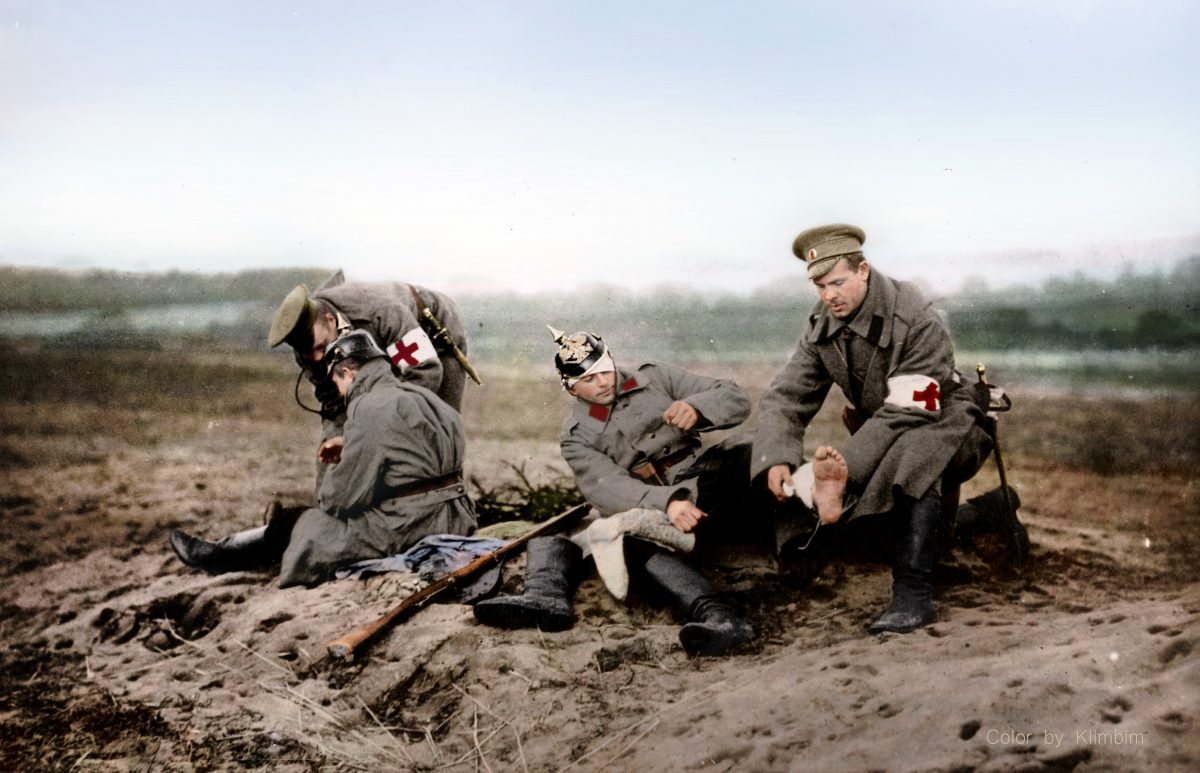 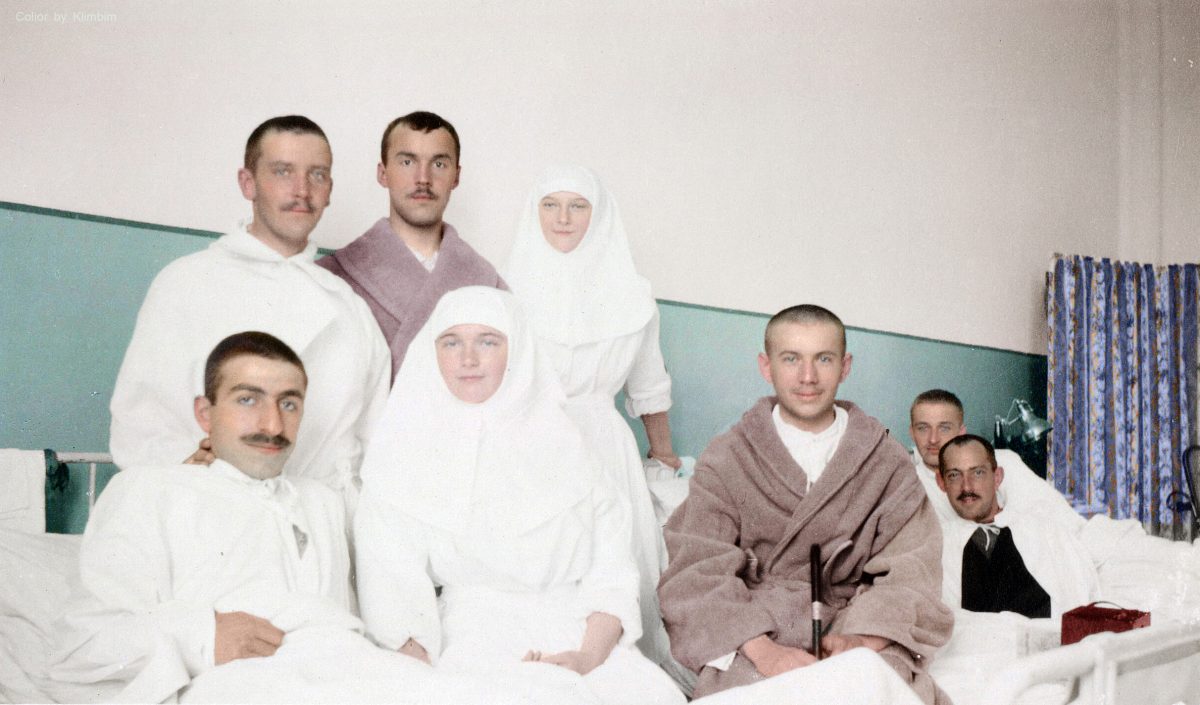 Grand Duchesses Olga and Tatiana Romanov in a military hospital 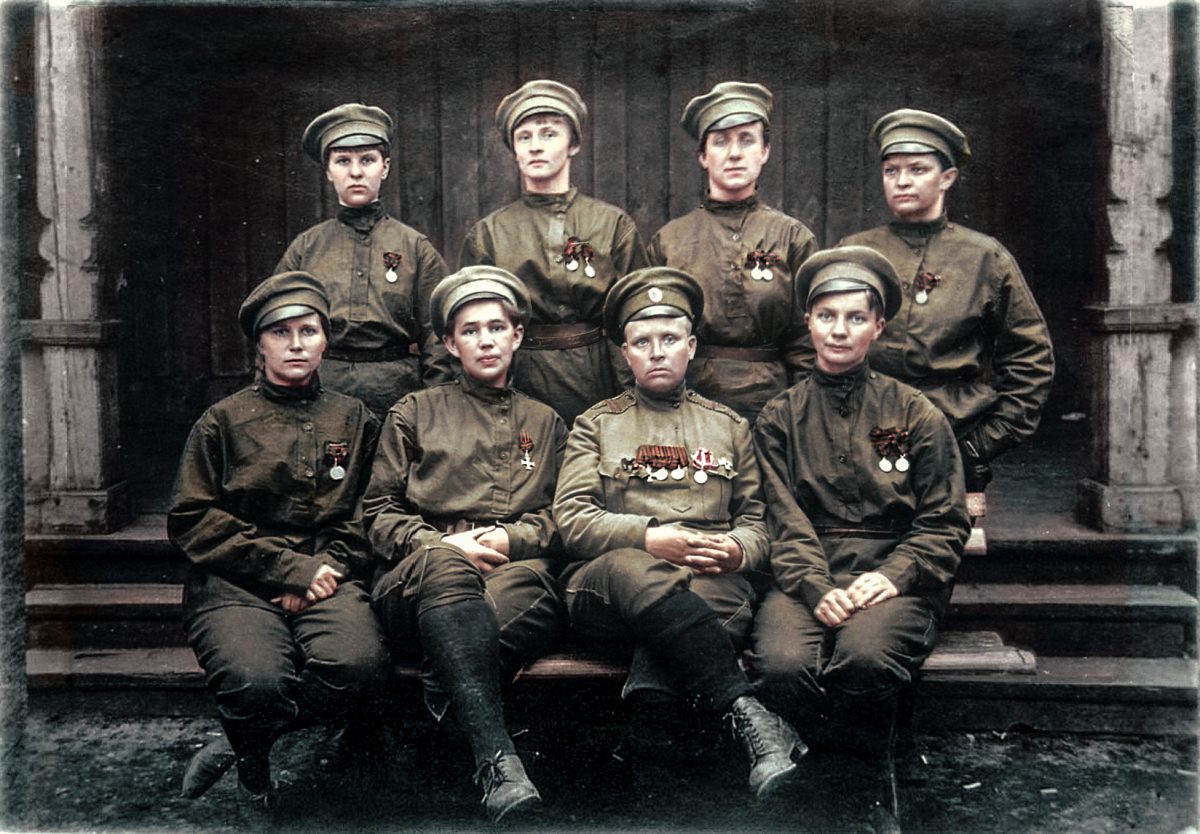 Members of the Women’s Battalion 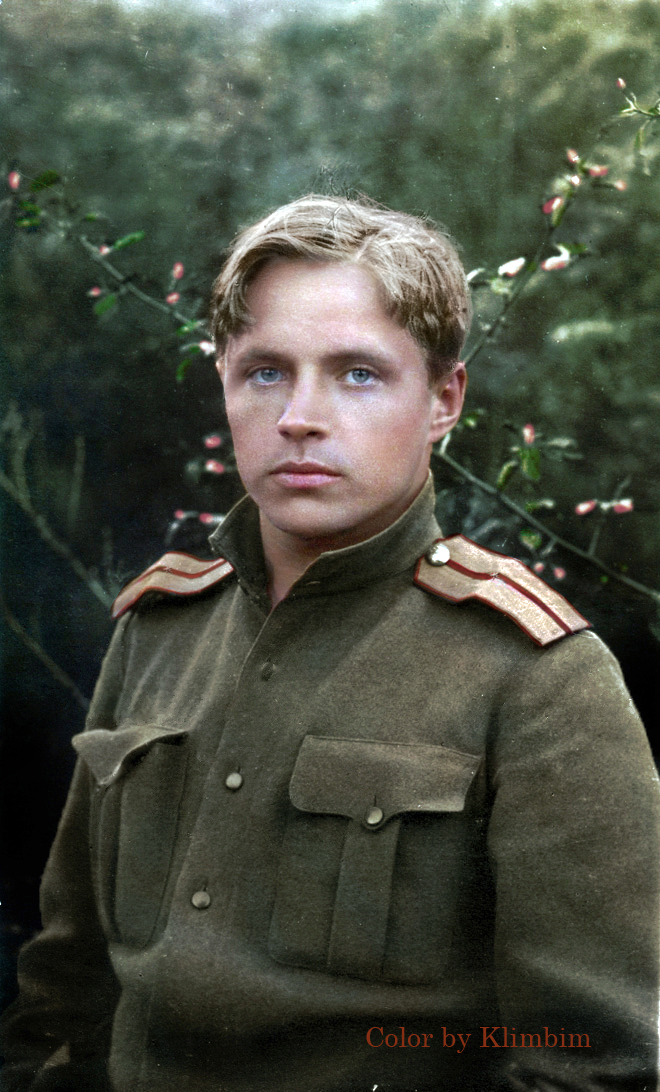 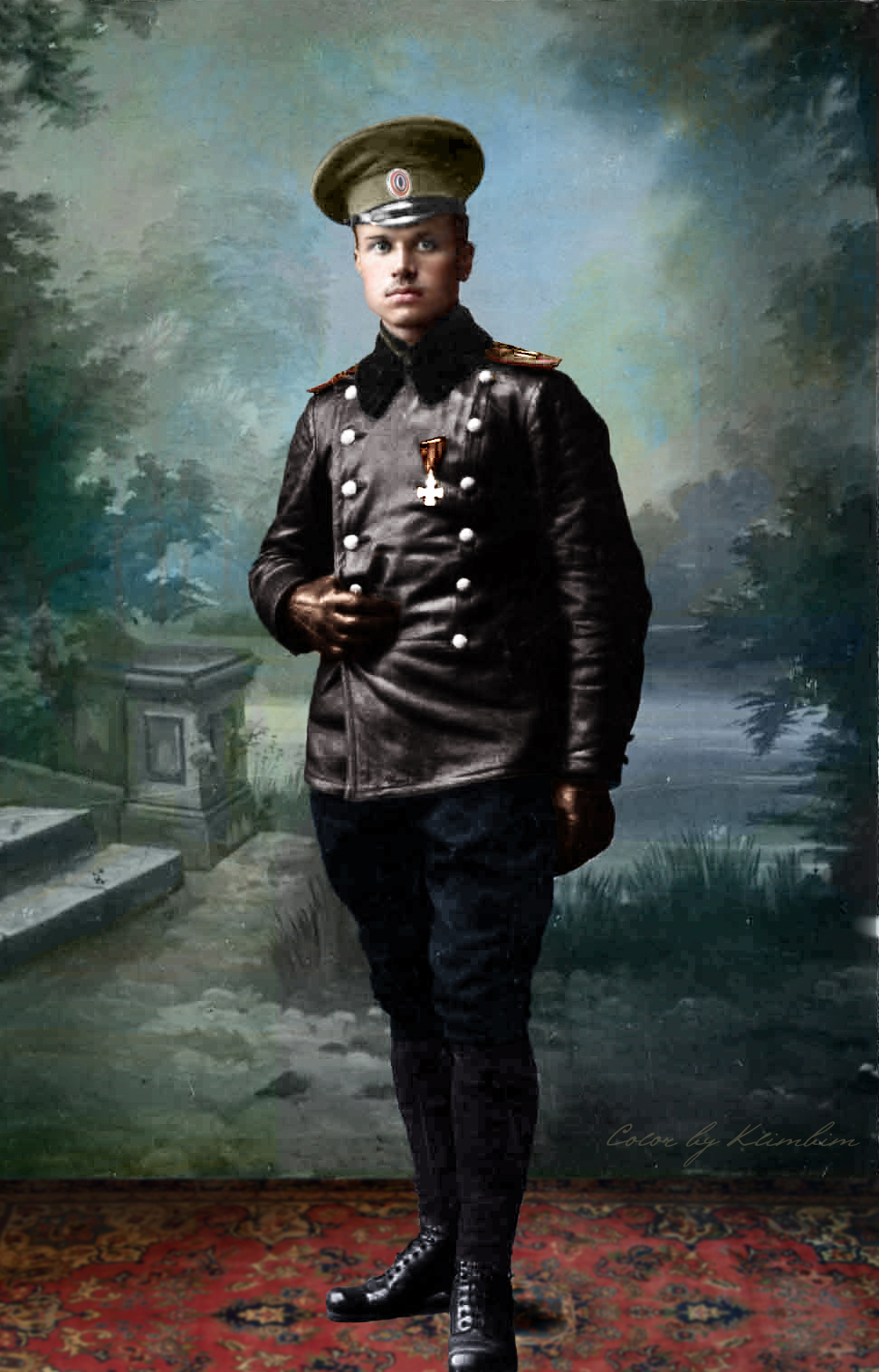 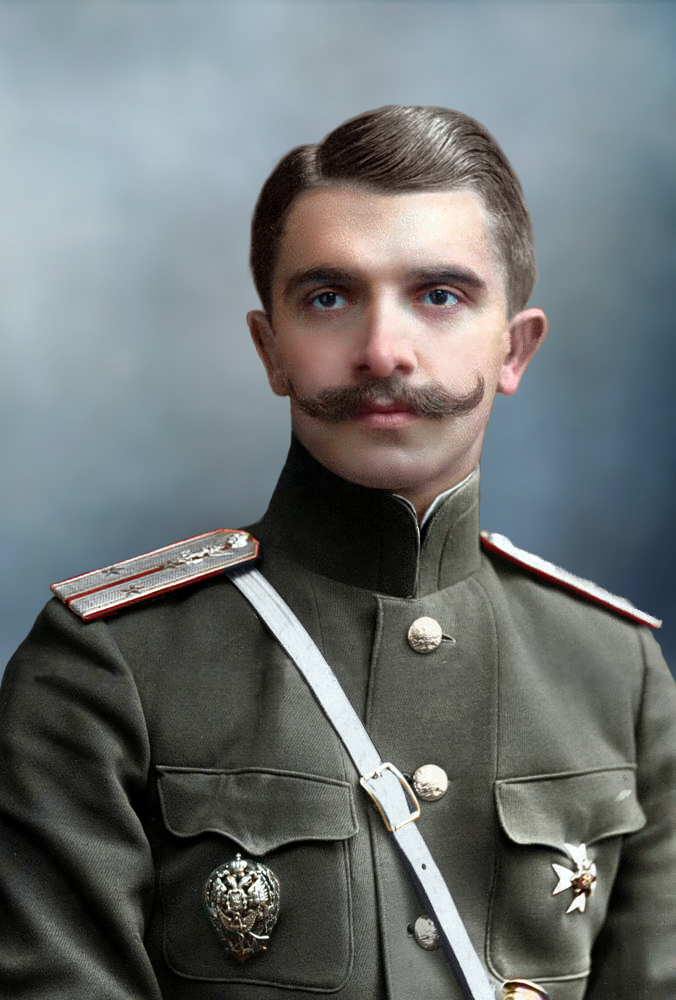 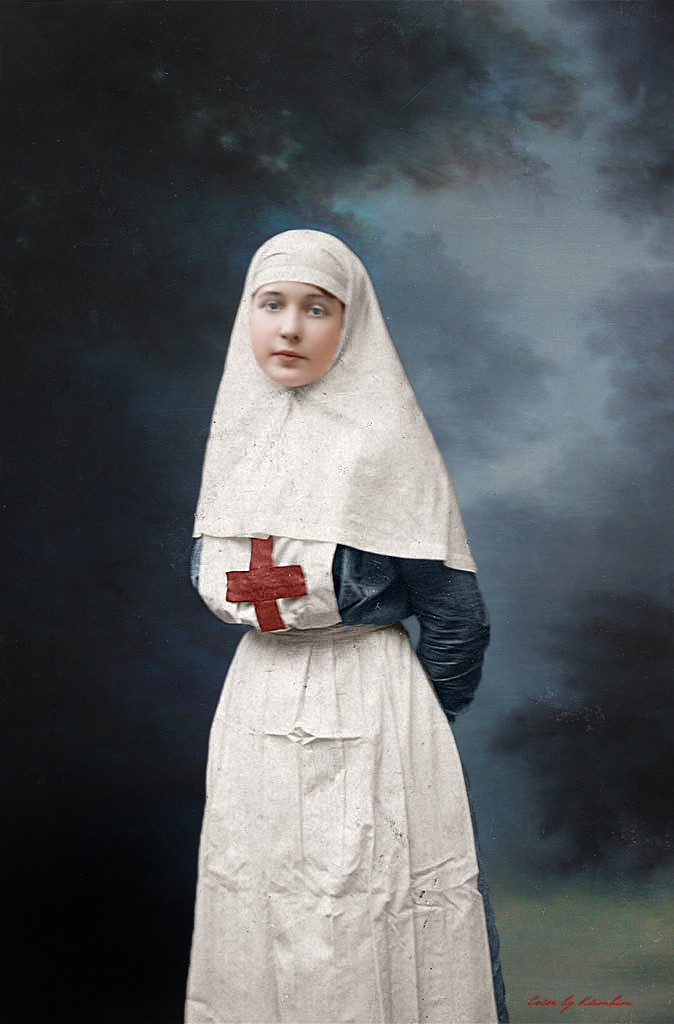 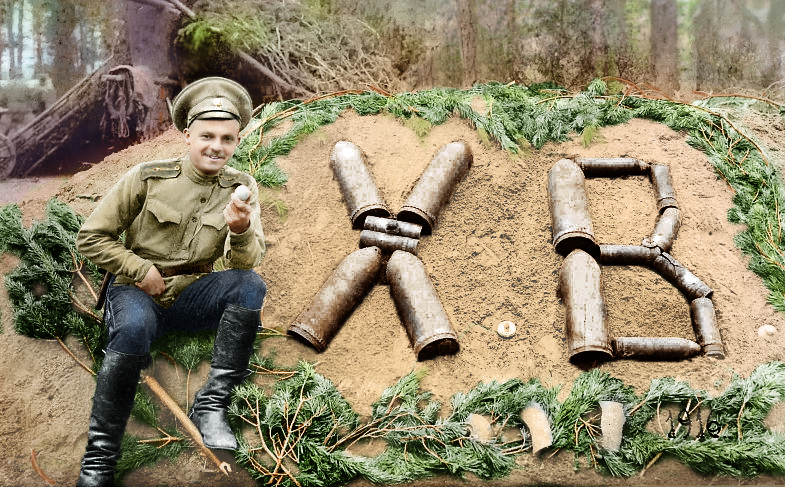 See more of Olga Shirnina’s work on her website.

TOPICS: Education; History; Hobbies; Military/Veterans
KEYWORDS: camera; military; photo; photography; redarmy; russia; ww1 Navigation: use the links below to view more comments.
first 1-20, 21-37 next last
I strongly recommend this site for anyone interested in the past.
1 posted on 02/26/2019 5:26:12 AM PST by vannrox
[ Post Reply | Private Reply | View Replies]
To: SunkenCiv

Great pictures. I just finished reading “The Guns of August” and it reminded me of how the Russians pretty much bathed themselves in ineptitude in WWI. But they had bigger problems on the horizon than the Germans at that time.

Seriously...these photos look like they were taken yesterday with an iPhone 10.

Extraordinary! Thanks for posting.

"Russia, 1917, WWI. This is the story of the 1st Russian Women's Battalion of Death, formed as part of an ill-conceived propaganda ploy by the Russian Provisional Government in late May of 1917."

I love early color photos, including ones that have been colorized.

I’m a big fan of autochromes, as well.

Amazing photos!
I wonder how many of them survived WW1, the civil war, the purges, and WW2?

Wow! Thanks for posting.

These are beautiful and vivid. Some painstaking work went into the colorization.

“Fiddler on the Roof” makes me feel the same way. Although I’m a gentile, I have many Jewish friend and wonder about the horrors their ancestors must have gone through.

I have a Tusla Mosin Nagant made in 1927. One of those guys could have carried it.

I thought the 1st photo was Herr Merkel.

And none of it was fiction.

BTW that must be a couple of German officers getting their trenchfoot looked at, with their helmets with the Prussian-looking pointy thingies on top. One would wonder what their next stop is.

The Russian Empire purchased as many as 600,000 of these rifles during and after WWI.