The Left Wins Big with Covington and Smollett

We are blessed to have Trump in the White House along with such idiotic, demented, and juvenile enemies.

Are you a Russian troll?

Except Central Command Obama living a mile away is very real. It was the Obama machine that started disciplining the media to heel.

A greek communist in fact said that the current left wing reaction in America is too disorganized, because mocking and insulting voters who voted Trump (who are obviously not racist and democrats of the rust belt) is nicest gift you could give the “fascists”. He even mentioned that Hitler took the socialist narrative and got into power because back then too the left was too disorganized to make any sense and to respond to people’s needs and dignity.

I could care less if Trump is not presidential on Twitter, he gets them at their troll games.

Amazing that others seem to have wasted the time to actually read your drivel... I want my 15 seconds back.

What moderate Democrats? Those left years ago.

I condemn your depressing post, yet it is difficult to argue your logic.

The President's protection of the LGTB folks has you feeling gayer than usual?

And they went with “Hillary Clinton wins in landslide victory”....until she didn’t. So, keep laughing...

Trump mobilized US too. Woke up a lot of people who weren’t paying attention. There are many more that need to be awakened and have their anger harnessed. And every patriot needs to be absolutely ready to defend what we hold dear, from the smallest instance to the largest.

Every war is made up of battles. Battles get won, some get lost. We had Pearl Harbor, Wake Island, Bataan and Corregidor before we got to Hiroshima and Nagasaki.

I’ll quote Winston Churchill here “... “This is not the end, it is not even the beginning of the end, but it is perhaps the end of the beginning.”

Do we really have to talk about who else thought they had "biologically based decision making"?

I’ll agree only in that trump has gone it alone. He goes into 2020 w accomplishments not promises.

Mind you, I do agree that the left propaganda machine and hold on the minds of the youth is an excellent defense and dispersal of forces, but in the long run it is a guerrilla tactic that is not getting them to steal our weapons and go stronger while we grow weaker. We have counter insurgency tools too.

They called themselves the resistance out of stealth necessity to appear weak and on the defensive, not in the pocket of the Russians and the all powerful Marxists. However calling themselves that has had bad repercutions too. They might go on offense when Chicoms and Russians ops tell them to do so.

Listen to this video of this very dangerous greek communist in sheep clothing... around the 20and 24 min mark especially.

Soros puppet child exposed as an idiot Marxist. Millions of patriots are digging these traitors dirt hourly. They will not win.

“...Actor and conservative commentator James Woods did not let AOC get away with her disrespectful tweet, calling her an “arrogant idiot” and that she should read some history.

“So, you may have missed this, but the way it works in America is YOU work for US. The last time somebody told Americans to sit down and shut up was 1776. If you ever learn to read, look it up. You are not only a idiot, you’re an arrogant idiot, and there is nothing more dangerous,” Woods tweeted, blasting the freshman congresswoman...”

“Every war is made up of battles. Battles get won, some get lost. We had Pearl Harbor, Wake Island, Bataan and Corregidor before we got to Hiroshima and Nagasaki.”

The only two ‘battles’ that matter are #buildthewall(immigration)-—stopping illegal and legal immigration, end birthright citizenship, end chainmigration, and deport 10’s of millions of illegal aliens. #Draintheswamp(restore the rule of law)-—hang 100’s for high treason, 1000’s in prison for life for the same, fire every hillary-voting apparatchik in the fed govt, shutter most of the unconstitutional alphabet group agencies and ban unions)

The ONLY 2 things that needed to be done to save America.

34 posted on 02/23/2019 2:55:43 PM PST by Electric Graffiti (Cocked, locked and ready to ROCK!)
[ Post Reply | Private Reply | To 29 | View Replies]
To: Badboo
If you are honest, you will say, all of that and much more, could ONLY have occurred if Hillary was elected President. But it didn’t. It did, and will continue to occur under Trump.

Nonsense. It was happening under Obama. It would have been much worse under Hillary.

What you are saying is that fighting back is impossible.

It is impossible to win without fighting back.

No, we will not go the way of South Africa! People who watch TV may think America is majority black from the commercials, sports, and sitcoms, but it really isn’t.

In South Africa they disarmed the whites because all the guns were registered. That hasn’t happened here, yet.

The Deep State makes war against Trump and plans to make war on his supporters, but how is Robert Mueller or John Brennan going to send even a single jackbooted thug to bang on a citizen’s door to confiscate his guns?

Red Flag you say? That’s not going smoothly. EWRO’s are piling up and not being carried out. Sounds like someone’s not ready to bang on a door that has an angry gun owner behind it.

The Wall and the Drain are still only two battles. I completely agree with you that they need to be done.

But there is a LOT of work to do afterwards. This didn’t happen overnight, and it’s not going to go away overnight.

And Gitmo needs to start getting filled. I can think of a few high profile D’s that need to have permanent residence there.

The Republican Party, and Conservatives in particular, have had no consequential national leadership since we allowed the Political Left to destroy Newt Gingrich in 1995.

Although I voted for Donald Trump in 2016, and I will vote to reelect Trump in 2020, he is not, and never has been, a consequential Conservative.

America is simply too big to govern.

The only solution is to peacefully divide the country along political lines, a process that will be very complex and very emotional. 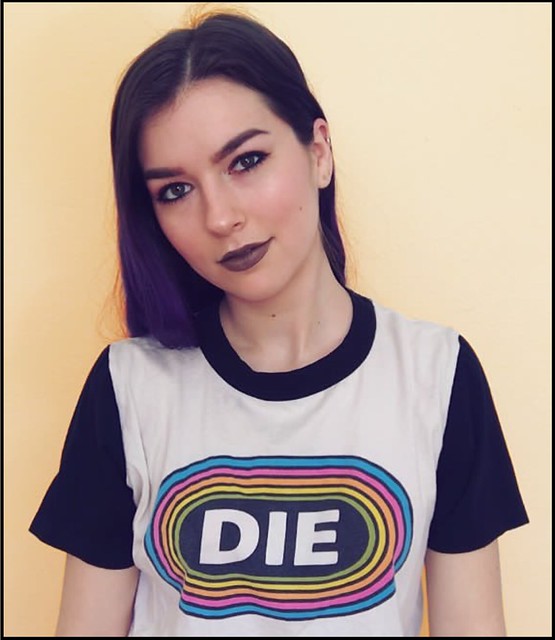 Because flipping 40 House seats in the 2018 mid-term is completely meaningless.