Al Sharpton, on the sidelines of a meeting with Democratic presidential candidate Kamala Harris, said Thursday that “Empire” star Jussie Smollett should face "accountability to the maximum" if the actor indeed staged an attack last month initially described as a hate crime.

“Whoever is wrong should pay the maximum. If Smollett is wrong, he ought to face accountability to the maximum,” the cable news host and activist told a throng of reporters on Thursday, after lunching with Sen. Harris at Sylvia’s, a landmark restaurant in New York City’s Harlem neighborhood.

On November 28, 1987, Tawana Brawley, who had been missing for four days from her home in Wappingers Falls, New York, was found seemingly unconscious and unresponsive, lying in a garbage bag several feet from an apartment where she had once lived. 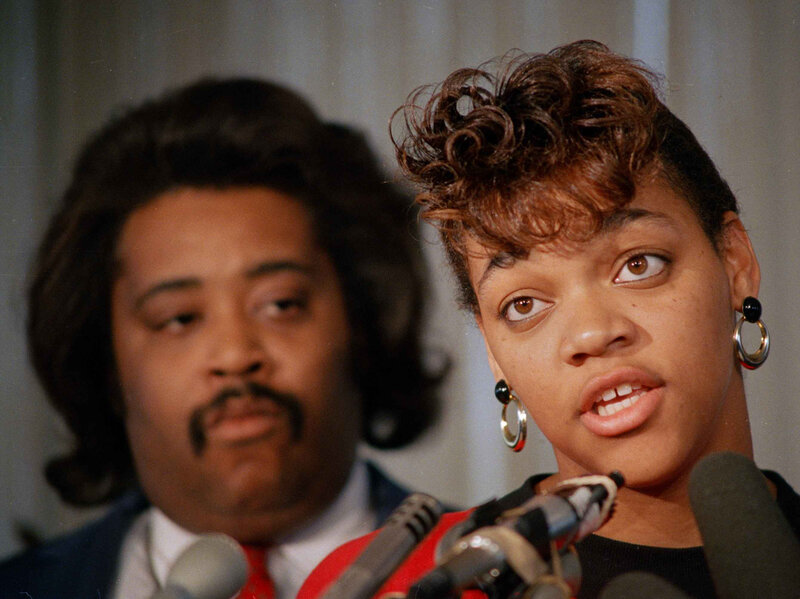 Her clothing was torn and burned, her body smeared with feces.

She was taken to the emergency room, where the words “KKK”, “nigger”, and “bitch” were discovered written on her torso with charcoal.[4]

Under the authority of New York State Attorney General Robert Abrams, a grand jury was called to hear evidence.

On October 6, 1988, the grand jury released its 170-page report concluding Brawley had not been abducted, assaulted, raped and sodomized, as Brawley and her advisers said.

The report further concluded that the "unsworn public allegations against Dutchess County Assistant District Attorney Steven Pagones" were false and had no basis in fact.

Before issuing the report, the grand jury heard from 180 witnesses, saw 250 exhibits and recorded more than 6,000 pages of testimony.[5]

In the decision, the grand jury noted many problems with Brawley's story. Among these were that the rape kit results did not indicate sexual assault.

Additionally, despite saying she been held captive outdoors for days, Brawley was not suffering from hypothermia, was well-nourished, and appeared to have brushed her teeth recently.

Despite her clothing being charred, there were no burns on her body.

Although a shoe she was wearing was cut through, Brawley had no injuries to her foot.

The racial epithets written on her were upside down, which led to suspicion that Brawley had written the words.

Testimony from her schoolmates indicated she had attended a local party during the time of her supposed abduction.

One witness claimed to have observed Brawley's climbing into the garbage bag.[23]

The feces on her body were identified as coming from her neighbor's dog.[24]

Brawley never testified despite a subpoena ordering her to do so.[25][26]

On June 6, 1988, Tawana's mother Glenda Brawley was sentenced to 30 days in prison and fined $250 for contempt of court for refusing to testify at the grand jury hearing.

She evaded arrest by hiding in churches, with the police failing to arrest her, arguing it would lead to violence.[27]

The Brawley family then fled New York state, travelling around the country for several months before settling in Virginia Beach.[28]

Tell it to the VA Governor.

Don’t you know commies are immune to prosecution now?

So Al is throwing Jussie under the bus ... lol

Sharpton: “Maximum punishment for thee...but not for me.”

Last I heard Tawana changed her name, is now an elder care nurse in Virginia.

Smollett is a joke, a black joker. Now some of the hardcore leftists will still blame whites. 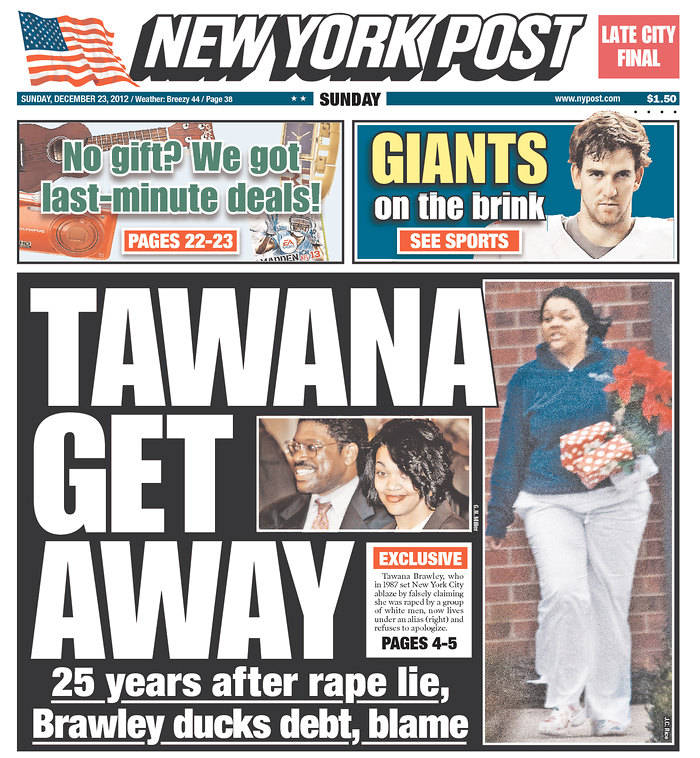 I smell fear amongst Harris, Cory, Al and several other members of the US congress. Bus tires are for stoppage of damage

He will not receive the maximum.

It’s hard to even comment on the godfather of staged race crimes to say such a thing. There is not enough facepalm.

These pieces of garbage can and do get away with anything.

Thanks for finding that!

I’ve noticed the “Justice Brothers” have been mighty quiet.

With jury nullification, he might not even get convicted. I will be surprised if he does.

Sharpton ought to be on the bottom of the Talahatchee river with a couple of manhole covers for shoes.