Two Russian naval vessels have been fitted with a defensive weapon, which, during testing, caused some subjects to hallucinate and vomit because of its disorientating effect.

The technology, which was developed to dazzle and incapacitate attackers, has been deployed on the Russian naval frigates Admiral Gorshkov and Admiral Kasatonov, according to a news release from Ruselectornics, which created the Filin system,

MSN News reported that the weapon fires a beam, similar to a strobe light, which hinders the enemy's ability to see the ships. Weapon can also suppress night vision technology, laser targeting systems and anti-tank missiles up to a distance of more than 3 miles.

I’m sure we have it, use it on the border

Pelosi makes me vomit, so we’re half-way there already.

The first time this thing is aimed at a US Navy Ship, we should sink the Russian vessel.

You shine your little blinky lights, we respond with the 6 inch gun.

Hey! They used that on me in Germany almost every weekend.... Egypt, too. And Korea. Commie bastards.

Does anyone have details on how this works?

It has to be some sort of a frequency jamming device that influences consciousness much the way the people were effected at the Cuban Embassy.

Hahaha or gin or vodka or any booze actually.

Half of the vagus nerve, which is the tenth cranial nerve, splits off in the brainstem and goes to the cerebellum. This area of the brain is responsible for balance and when police give a field sobriety test, they are testing the influence of alcohol on the cerebellum.

The vagus nerve is what gives us that gut feeling or knot in the stomach that often saves us from entering difficult experiences.

I felt that way right before I got married and should have trusted it.(humor not intended)

Russia has some very hot women. All it would take to render me harmless would be to parade a few of them around.

They'll be hollering, "Thank you sir may I have another" until the thing runs out of ammo. 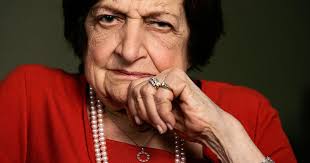 What? Did they stick Hillary on the bow of the ship?

The translation is wrong.

The weapon’s name “Filin” translates to “Amy Schumer” in English.

I felt that way right before I got married and should have trusted it.(humor not intended)”

Heh, yeah quite a few of us have been there...

At any rate, I think not just these, but actual blinding weapons are of concern. Sure, they are banned by treaty - but some will ignore the treaty, and others will work the legal aspect. As long as the purpose isn’t “primarily” blinding, lasers are permitted on the battlefield, and are already in wide use including on crewed vehicles. Also systems can be pitched as “only temporarily dazzling the vision”...

The allure of blinding weapons is that a) they’re easily produced and deployed today b) they’re cheap and c) they would be very effective if employed, at least during the day. Many dangerous laser types don’t have a visible beam, but can still blind.

Read some of the worse accounts of cockpit laser illumination if you want to get a sense of how such weapons would affect people.