The giant trees are bending
Their boughs weighed with snow;
The storm is fast descending,
And yet I cannot go.

Clouds beyond clouds above me,
Wastes beyond wastes below;
But nothing drear can move me;
I will not, cannot go.

You don’t choose war, but war chooses you.

He has played the national emergency card for 5 weeks. It’s just like his threat to declassify all those documents that are still secret. All talk. Nancy and Chuck won folks, deal with it. If you think Nan and Chuck are going to negotiate on the wall keep drinking the Kool-Aid. They won this time and they will win in 3 weeks, and 6 month and 2 years. It was a nice run, but no republic last forever. In 5 years you won’t even recognize this once great country. There is already a judge ready with a restraining order in hand against using a national emergency declaration to build the wall.

I’m not going to say Trump lied about the wall. I just don’t think, as an outsider he understood how unlikely it was he could deliver. The power in this country belong to the Left and their supporters in both parties, the media and schools. That is a hard coalition to defeat.

I figured the tactical thinkers would immediately drop to their knees and wail “’tis lost!”

I am not disappointed.

3 weeks. Then the possibility of an emergency declaration. I’ll wait and see.

87 posted on 01/25/2019 11:47:20 AM PST by RushIsMyTeddyBear
[ Post Reply | Private Reply | To 1 | View Replies]
To: CodeToad
Hey, ToadHead, Sessions made sure nothing useful got done. When he was finally ousted, his stand in still isn’t addressing things.

Trump can’t do everything himself and has to rely on your NeverTrump GOPE friends to do some amount of work.

Pull your head out of that toad!

Three weeks will tell the tale. If he gets no movement from Congress he must do the EO and commence the court fight to build the wall.

If he backs down again on February 15th and still doesn’t do the EO he can call it a day for 2020. They will lose the White House and the senate and we have no representation in government. The GOP has shown they are totally full of sh*t cowards when it comes to doing anything remotely conservative or Constitutional. The RATS will call the shots until the shooting eventually starts.

“Why not declare an emergency now, allow a Judge to challenge it, and stop it from happening, then tell them to enforce they stupid and unenforceable order.”

I’m guessing Trump’s lawyers are telling him that he will have a better argument for a true emergency if he can say he tried to compromise first. All this political posturing now is meaningless- no deal will be reached and this is heading to an emergency declaration whose legality will be decided by the courts. Whatever Trump feels he has to do to make his emergency declaration more likely to stand up in court is fine with me.

Trump is laying the groundwork to win the lawsuit after he declares an emergency. He knows he’s not getting the money in three weeks and I don’t believe he’ll let the government shut down again.

I feel so alone.
Think I will eat a dozen doughnuts
And a case of beer. 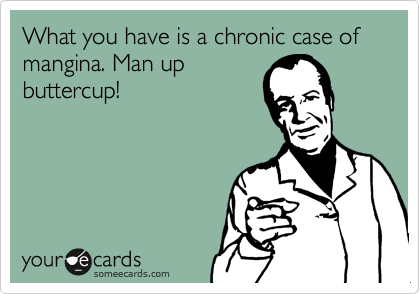 And we have had, in 2018, a preview of the massive fraud they will employ to take every single seat won by Republicans, and if they don’t take the seat via “vote harvesting” they dem majorities will simply refuse to seat the Republican winner, citing voter fraud. Mr. Trump failed to do anything about the voter fraud before this congress was seated, and now it is too late. We have a short time left to make our souls right with God and place lives under his protection. Do not be blind about this. I do not say we should give up but recognize the battle is lost. God will win the war for us, but for now, it is time to recognize the times for what they are.

So it was an emergency but now it’s not but will be again in February?

If it’s an emergency it needs to be dealt with. Tough sell if he keeps kicking it down the road.

So a three week stay makes the world worse than anything ‘we’ve seen yet?’

The Republican Party must completely collapse so an actual nationalist opposition party can form.

Oh no, what are we going to do! We’re doomed I tell you. Doomed. Meanwhile, it’s only a few days before Spring Training is here.