It's impossible to learn about Trump's successes and
strategy by following the MSM. If you are interested
in learning more about 'Q' and what's really going on in our government,
please click the links at the top of the table above
to review articles and videos which describe who/what
Q is about.

Much preparation has gone into the strategy now
unfolding in D.C. The groundwork has been laid and the path
to justice is almost cleared of barriers. MAGA! 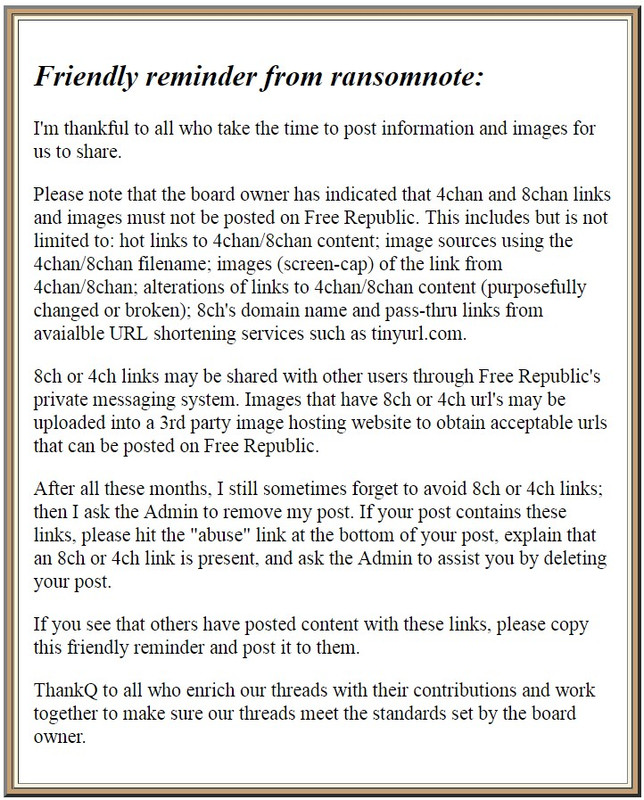 Click here for tips on how to upload images to Postimages.com. 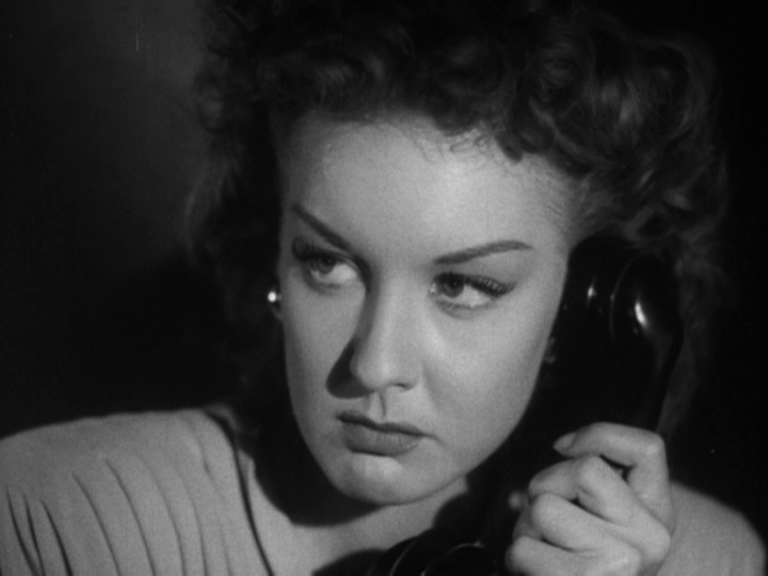 How can we trust something none of us has ever seen?

8 posted on 09/23/2018 10:30:37 PM PDT by stars & stripes forever (Blessed is the nation whose God is the Lord. (Psalm 32:12))
[ Post Reply | Private Reply | To 1 | View Replies]
To: ransomnote
If you have not seen them yet, I highly recomment Kevin Shipp's Youtube Videos. Parts 1 - 3 seem to be college level orientation to how our government REALLy works. His more recent videos about Hillary and other issues are excellent as well.

In before the trolls, responses to trolls, and placemarkers.

If you are talking about Q, then trust comes from researching what Q says and comparing it to what has happened in the world. There are also “Q Proofs” in the table above that give examples that Q has provided to demonstrate that they are in Trump’s inner circle.

If you are talking about God, then there are many answers: mine is the evidence of my life and countless experiences that have proven to me that He is more than worthy of worship and that He sacrificed His only begotten son for me, so that, by repenting and believing in Him, I have the promise everlasting life.

Also in before the Trolls

I don’t care if they believe or not and I’m not about to change what I believe on the basis of what someone writes on an internet forum.

The latest Q posts are tantalizing indeed and provide a rationale for much of what is going on.

I’m happy to trust Grassley. He’s been doing politics since before the Nixon-Kennedy debate, so he might just be smarter than FReepers think.

For new FReeQs and FRens, these are the ‘Notables’ from the 8Chan Q Research page. The times are approximate to when the notables for each bread/thread started.

The numbers before each heading are the bread number, and the post numbers are there for those who want to see it live and in person on the Chan.

For old FReeQs and researchers, the titles can give you grist for your mill. Dig on whatever and you’ll find information on other platforms if you choose not to go the Chan. Frankly, if you’re not already there it’s probably best to look elsewhere.

I’ve tried to cull the bad language, so forgive me if something slipped by.

3995 [Sept 23, 2000 EST]
>>3157062 PlaneFag Reports
>>3157042 Kavanaugh Responds: “This alleged event from 35 years ago did not happen. The people who knew me then know that this did not happen, and have said so. This is a smear, plain and simple. I look forward to testifying on Thursday about the truth, and defending my good name…”
>>3156975 Article Compilation
>>3157008 Sen. Feinstein has finally shared Christine Blasey Ford’s original unredacted letter w Grassley & “a limited number” of the majority staff,but conditioned that “I am giving it to you w the expectation that you will maintain its confidentiality”
>>3156814 Grassley was playing the Democrats all along! (Anon Opinion)
>>3156717 Sharon Bovat Twat
>>3156579 Did Mueller Try to Wiretap Trump During FBI Director Inteerview?
>>3156499 Megyn Kelly Dings Feinstein For Calling Kavanaugh A Sexual Predator Before Seeing Evidence

Grassley is a good man & we owe him for much of what we know about FISA. Now Ford is claiming another alleged witness now that all the others have denied her stories and the Ramirez woman is quickly outed as a Soros stooge likely seeking a big gofundme payout like Ford.

People say “you're a sissy” to put them down. The word is used to put down traits that are problematically and stereotypically associated with women. Traits that all genders have but are not valued because they are associated with women. I am a women who runs, rock climbs and performs well athletically. I also have the traits associated with someone who is called a sissy. I cry, I get hurt and I express my emotions. If this is what a sissy is, I am proud to be a sissy and would never wear a T-shirt that does not value these traits in all genders.