Dieter Dengler (May 22, 1938 – February 7, 2001) was a German-born United States Navy aviator during the Vietnam War and later a private aircraft test pilot and commercial airline pilot. He was one of two survivors, the other being Phisit Intharathat, out of seven prisoners of war (POWs) who escaped from a Pathet Lao prison camp in Laos. He was rescued after 23 days on the run[1] following six months of torture and imprisonment and was the first captured U.S. airman to escape enemy captivity during the Vietnam war.[2][3]

What an incredible story of overcoming obstacles, survival, and perseverance. Talk about PTSD! This movie is a study in survival under horrendous conditions.

I cannot recommend this video highly enough. If you've got Netflix it's a must watch.

Watched this. If you watch Rescue Dawn first it’s even better. His story in the movie was astonishing. But watching the documentary was unbelievable. he went back to where he was held, retraced his escape route. He met some of the people who were enemy then.
When he hit the Mekong river, his intended goal to cross, and saw the size of it.... you could see by his look how desperate they were.

And then his life back home and the effects of hunger in WWII in Germany, and then in POW camp. Lets just say a prepper will enjoy it.
And a sad ending.

That guy went through so much.

I was just reading over the bio on Wikipedia and saw the info on Rescue Dawn with Christian Bale. I have seen that too, but it’s been a long time. I connected the 2 movies mentally, but it’s been so long I can’t remember much about Rescue Dawn. I seen it’s not available on Netflix at the moment.

I thought Rescue Dawn was poorly directed and/or conceived.

It just did not work for me, and I say that as a huge fan of the genre.

Rescue Dawn a MUST see movie! Steve Zahn is also in the movie. Heartbreaking role.

Would I be wrong to suspect that this smug German (the narrator,not the pilot) takes a rabid anti US,pro North Vietnamese attitude here?

I need to know before I commit to watching the whole thing...I CANNOT STAND the guy who's narrating. 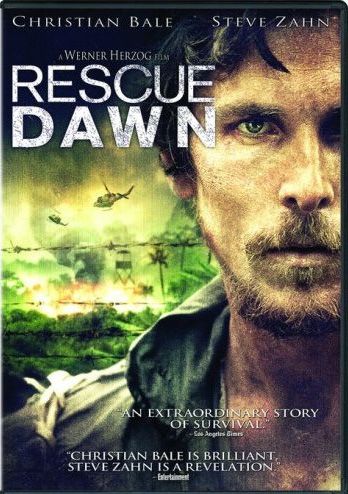 I recall the original accounts of the story in the news media in 1966.

Thanks for posting this. I just watched it. Excellent documentary. This should be required viewing for all millennial snowflakes. What a hero.