I love Rush Limbaugh. He's smart, articulate and wealthy, but that last part was not always so for Rush.

He grew up in a family of ambitious lawyers and storied judges. The pressure from his family was really on for Rush to hit the books, stay in college, become a Man of Letters. They wanted him to rake it in somehow, preferably in law but if not, to earn a living in some capacity that involved stable income, a necktie and not moving around the country like an overfed vagabond.

But Rush knew what he wanted to be in radio from an early age and made it only one semester in college before he quit. Most of those few days his mother had to personally drive Rush to campus to make sure he actually went, so clear was it that Rush loathed simply attending.

To the chagrin of his family, stubborn Rush pursued his passion, later getting fired from various radio jobs doing it His Way. Rush stuck to his guns single-handedly ended up totally transforming AM radio; it had been a moribund electronic dumping-ground for dedicated weather stations and minor religious broadcasters but today, post-Rush, AM thrives on.

Now that Rush is going on almost three decades of record-smashing success and over 500 affiliates, everyone can see his huge Palm Beach home. All can see his huge private jet, hear of his lofty income. But it was not always like that for Rush, not by a longshot:

Once when moving to Pennsylvania he had to periodically pull over and splash de-icing fluid on his windshield because he could not afford to repair his windshield wipers. Another time he got fired from a radio station simply for using the word, therefore. And even after Rush got hired onto a new gig, KFBK in Sacramento (the one that offered him the format he always wanted and would later really take off), he couldn't afford a proper bed..! Neither were proper engine maitenance affordable for Rush, and he had to periodically pull over his dilapidated but affordable land-barge on the steep, windy drive up to Lake Tahoe in order to let the engine cool down a bit before continuing.

Another time after Rush gained a little fame in Sacramento, a NorCal broadcasting executive invited Rush to a dinner party at his large mansion in the El Dorado Hills. Rush was excited that his boat appeared to be finally coming in, as attending this dinner would give him some face-time with local luminaries:

Instead, Rush's much more famous host ambushed him, stopping the whole dinner to shower Rush with insults for the next 90 minutes, denouncing his revolutionary new radio format as something That Would Never Succeed and How Dare You..?!

The whole point of the invitation and dinner was to belittle Rush and try to get him to give up on his dream; this rish executive wanted to crush The Little Guy.

But now there's something new:

One of Rush's sponsors is Simply Safe, a company providing innovative burglary alarms for apartment dwellers and those reluctant to spend considerable sums on installation for exotic, hard-wired alarms. 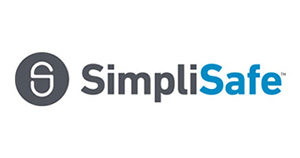 The SimpliSafe company founders are Harvard University graduates who made a really big deal about adhering to Parkview-inspired PC sensibilities: SimpliSafe prominently broke all relations with the NRA, the entity that safeguards the self-defense rights of the little guy, maybe in situations where 4 cops calmly oversee the mass-shooting that YOU get ensnared in.

Today did you hear Rush's Pearls of Wisdom? Only to then hear the high-brow, pusillanimous, 2nd Amendment-hating advertising by those elitist, cowardly slobberdigullions of Taxachusettes..? Did you feel an awkward incongruity..?

Do ads from SimpliSafe spoil your daily Rush Experience..? Do you find it pleasant that a company hostile to gun owners would use this great, hallowed venue to hock their stupid schlock..?

Do they want to warn me in the middle of the night that my home has been invaded for me to sit in bed and shriek in fear?

Of all companies, this is so stupid on their part.

Rush should fire them.

It ain’t just Rush. And lifelock and probably a couple more. Most of the conservative talk shows have these as sponsors. Money talks.

The alarm can call the Coward County Sheriff’s office and they’ll send deputies to come out and hide behind their cars.

I think there's an off-chance that he will:

When SleepTrain stabbed him in the back after that LetHerBuyHerOwnBirthControl scandal 9 years ago, Rush dumped SleepTrain.

It was a pretty big decision, too, as they'd been a sponsor of the show *even prior to his syndication*.

I believe the SleepTrain founder and Rush have even been on vacations before.

Rush believes what he says about the 2nd Amendment and I think SimpliSafe could go bye-bye.

SimpliSafe could have made very many decisions I, as a total non-activist, would not batted an eye over, but...I really think they shot themselves in the foot, here.

“When SleepTrain stabbed him in the back after that LetHerBuyHerOwnBirthControl scandal 9 years ago, Rush dumped SleepTrain.

I thought it was that SleepTrain backed out of advertising on Rush’s show. Then their business took a huge dive because of it — within a few days. So they begged Rush to let them start advertising again and he said, “Uh... No.”

We have Simplisafe with police notification.

Is there another company with the same setup (inexpensive start up and monitoring)? I want to stop the monthly monitoring because of their NRA stance, but my husband does not want to unless we have an alternative.

After the electronic scammers misrepresented themselves and had succeeded in getting companies to dump on Rush, SleepTrain jumped on THAT train.

I cannot FATHOM what a huge slap in the face that must have been:

That was NOT just SOME company; Rush was almost single-handedly responsible for their success. People would drive from LITERALLY hundreds of miles around, purely out of devotion to Rush.

The only really innovative thing the SleepTrain bozo had come up with was to permit customers to test lay on the product SANS PLASTIC SLEEVE COVERING...!

The idiot’s first branch was almost in a type of Sacramento SKID-ROW, complete with hobos and, err, how should I say this....artistically-incluined gentlemen who’d gather in.. raucous celebration in the darker corners of the nearby light-rail station.

Then, when Rush’s staying power was clear, SleepTrain felt it could simply waltz back, free of any consequences.

I think he should fire ALL of those companies he does endless infomercials for.
I swear . . . I thought one of the Lifelock ads was going to take up an entire segment last week.

He (obviously) doesn’t need the money, and it’s irritating to listeners (at least this one) to hear him shilling for the same endless crap over and over. I, for one, will NEVER buy ANYTHING from any of those companies simply BECAUSE I have to endure those stupid endless ads.

I cancelled my LifeLock today telling them exactly why.

Interesting, hold time was 10min., then 10 more. Clearly they are overwhelmed with cancellations.

I quickly guessed that the cancellation calls were not actually being handled by LifeLock, but by a hired-gun third-party. I turned sweet and nice on the gal receiving my call, and she made several confessions:

1. She actually worked for DialAmerica - one of the biggest telemarketing firms there is;
2. They were swamped with cancellation calls, and most were because of the NRA relationship issue.

I was asked if I’d take a survey after the call.

I’ll be cancelling SimpliSafe soon too - just as soon as I list my units and their numbers......and figure out how to have it just call me when there is a problem......

You are a true patriot! If there were more like you, there would be less of this patronizing to the Left in order to exploit those, who by propaganda, have supported a Leftist ideology.

I’ve never liked Rush’s extended ads that he segues into without “bumping out” for commercials. He was the first host to do this to my knowledge and now, again to my knowledge, they all do. Nor do I care for his spending whole segments on sports and the latest from Apple (another bunch of hoitey toitey libs). I call these Rushfomercials RushSPN (Sports) and RushCommando (Kim Commando tech program).

I’ve gotten tired of the ads for Lifelock and a bunch of the other companies and any of them Rush drops will be fine with me. My “strategery” for listening—turn down the radio when the ads come on and watch a taped Fox News show (fast forwarding their ads as well).

You beat me to it!

I think the “stealth commercials” were a Paul Harvey invention, but Rush was absolutely an early adopter.

I believe that particular commercial type (stealthy) is billed at a different rate, too, as the consumer’s mind is open, not with consumer defenses “up”, as it were.

Paul Harvey was so incredibly good at it that sometimes I’d find myself wondering, “When is he finally going to have a commercial...? Doesn’t he HAVE them...?”

Only to realize that I HAD been hearing them..!

Rush is the very best on radio at very many different things, but in this sole respect the trophy is, alas, still beyond his grasp and Paul Harvey is and maybe will forever remain The Master.

These Companies Are Sticking By The NRA