Amateur historians like to say that Andrew Jackson is the worst American president to ever get his face engraved on U.S. currency.

The root of the criticism is simple: Jackson was an unrepentant slaveholder and the power behind the legislation that forced five peaceful American Indian tribes from their homelands and triggered the Trail of Tears, a 1,000-mile death march that would leave 4,000 of 16,000 Cherokees dead along the way.

And although he remains in the top 10 of U.S. presidents in most annual rankings by historians and academics, perhaps no other American leader has fallen as far in the public's estimation as Jackson, who was once hailed as "the second Washington" and whose name was attached to cities, towns and counties across the country.

He is now scheduled to be replaced as the image on the $20 bill, the Democratic Party he founded has all but disowned him and there is pressure to remove his statue and presumably erase his name from the French Quarter's Jackson Square where he is honored for defeating the British in the 1815 Battle of New Orleans.

Those who learn in school only about Jackson's slaveholding and "genocidal American Indian policies" must wonder why he has been venerated at all. He has become a caricature of a violent racist.

Arthur M. Schlesinger Jr., the historian who coined the phrase "Age of Jackson," also warns against judging historic figures by the views of our day.

Jackson was born in the 18th century -- March 15, 1767 -- on the border between North and South Carolina as a subject of the British empire. He grew to adulthood in a new republic governed by elites. The six presidents who preceded him were all wealthy and very... 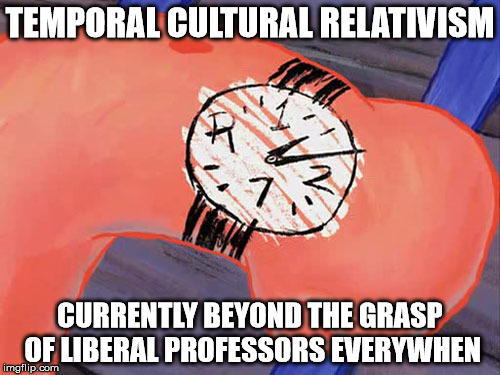 If only liberals CONSISTENTLY applied their cultural relativism...

We can excuse Islamic savages in the modern day doing WORSE.... but we cannot make excuses for a more savage time in our own damned past....

2 posted on 01/19/2018 11:54:56 PM PST by GraceG ("It's better to have all the Right Enemies, than it is to have all the Wrong Friends.")
[ Post Reply | Private Reply | To 1 | View Replies]
To: beaversmom
"Jackson was an unrepentant slaveholder and the power behind the legislation that forced five peaceful American Indian tribes from their homelands and triggered the Trail of Tears, a 1,000-mile death march that would leave 4,000 of 16,000 Cherokees dead along the way.

How does that compare to the numbers of a generation of unborn Americans that comrade obama would help send to landfills or sell for medical experimentation and other commercial products?

In 50 years abortion will be seen as these people who had slaves are seen now.

This is a decent article worth reading. I am Choctaw. We helped “Old Hickory” at the Battle of New Orleans, and earlier in the Creek and British War. We’ve hated Jackson sine he and his Blue Coats forced us off our well cultivated lands for his Democrat slave owning buddies in 1830.

But at the end of the day, he’s dead. He’s an historic figure. Gee, just leave him on the $20.00 bill. He was both good and bad, but a man of his times who did in fact change our Nation.

Generally, if you do a complete reading of all the Presidents of the 1800s....most all end up with a fair amount of negative criticism (even Lincoln).

The issue I see is that some decision decades ago should have been made to limit a figure’s appearance on currency to forty/sixty years, and then evolve onto the next couple of characters to recognize. We are replacing the whole make-up of bills now every decade, with new technology being built-in to prevent counterfeit situations. We might as well go and start to recognize figures from the 1920s to today.

He paved the way for Sam Houston—Elizabeth Warren’s blood brother—to become President of Texas and eventually a citizen of the United States again.

“...the power behind the legislation that forced five peaceful American Indian tribes from their homelands and triggered the Trail of Tears, a 1,000-mile death march that would leave 4,000 of 16,000 Cherokees dead along the way.”

Another myth. Jackson drove them out because three tribes ganged up and annihilated another tribe, and Jackson said that that should not be happening in the United States. The Trail of Tears was so-called because it was the whites who cried upon seeing the plight of the Indians. The Indians did not cry and would not accept offered food and clothing. The passed through silently, carrying their dead.

Typical bedwetters explanation of a man with guts.

Where can I find out your version? It’s never cut and dried in history as the lefties try and make out.

Andrew Jackson was a man who lived up to his own standards. His relationship with his wife’s first husband was as colorful as you can imagine. When his wife died from illness, he became a very bitter about how she had been treated by America’s high society of the time and the politicians that were part of it. He is the Democrat Party’s 1st Jackass. He is also responsible for taking the Presidential Election away from the Senate and giving it to the citizens, who in turn re-elected him for his 2nd term as President... He has earned his place in history and on the $20.

Even though the article mentions the “negatives” of Jackson, it’s purpose seems to be to point out the positive.

Nevertheless, I find it a bit comical that references to the trail of tears from someone in NO forgets to point out that a substantial portion of the french population in NO were forced migrants from Canada during the French and Indian War. They’re known as the “Acadian French”, whose plight was dramatized in the Longfellow poem “Evangeline”.

15 posted on 01/20/2018 6:17:26 AM PST by TBP (Progressives lack compassion and tolerance. Their self-aggrandizement is all that matters.)
[ Post Reply | Private Reply | To 1 | View Replies]
To: oldplayer
He treated Indians less than human. They wanted the cultivated lands so they took the cultivated lands. I don't care for the guy and have Indian friends that shun the $20.00 bill on his account.
But like you, he's dead. Leave him on the 20. Whatever monuments are up leave them.
16 posted on 01/20/2018 6:44:26 AM PST by BipolarBob (At one time I held the world record as the worlds youngest person on the planet.)
[ Post Reply | Private Reply | To 5 | View Replies]
To: fruser1

“They’re known as the “Acadian French”, whose plight was dramatized in the Longfellow poem “Evangeline”.”

Also in the classic tune “Acadian Driftwood”by The Band.

I remember seeing some anti-Jackson Coffin bills at Gilcrease Institute and Museum in Tulsa years ago. After reading them you would have thought Jackson was the devil incarnate.

I read that from an ancient micro-filmed history book on the internet. Judging from the typeset and appearance, it was printed in the 1800s. I ran across it while researching “Cherokee script.”

Jackson certainly was no friend of the Indians, and David Crockett broke with him over what he considered Jacksons’s mistreatment of the Indians.

I always liked Jackson, so a few years back I bought an “awards winning” brand new bio of Jackson and was surprised that it was written from the standpoint of Jackson being a white supremacist. I kid you not. And a few years ago during a July 4th gathering, my nephew (college student) was lecturing me that American history is based on white supremacy. He was being taught that, and it is nationwide. Professors can’t get hired or retain their jobs unless they parrot the party line.

Incidentally, I won’t get in to it, but there were much greater and more severe dislocations and much greater loss of life of Southern civilians by Federal troops during the Civil War than occurred during the Indian Removal. Edgar Lee Masters was one of the few big names who wrote about it.

And during the Civil War, the tribes of Oklahoma joined the Confederacy against the Union. Many of the other Plains tribes, except the Pawnee and Crow, also joined the South and were the equivalent of a “Western front” against the Union, from Mexico to Canada.

Only a few members of those tribes remained loyal to the Union.