I am thinking of getting into Ham Radio. Any suggestions on process/equipment/How to start?

I looked into that a while back. From what I read, the most important thing was to attend a local Ham Radio Club meeting.They can answer your questions, and also help you get your license.

www.arrl.org - everything you need to know is right at the top of the page. Seek out resources and local clubs and VE testing locations.

My dad had his setup in the attic...something about antennae I think.

Find a local club. It helps a lot to have a mentor, and a lot of times they’ll help you out by loaning equipment they may have hanging around. Attend any hamfests or other gatherings in your area that you hear about.

First, figure out what you’d like to do in ham radio...what attracts you to it. I’ve been licensed since I was 11...63 years ago and still enjoy it. My attraction was a ham who talked with his son every Sunday on his radio. He lived in Ohio, his son lived in South Africa. I’ve since become interested in low power communications and enjoy contests. Second, look for a local ham radio club and go to a meeting. I just moved here 5 years ago and my first club was a total bust, but I kept looking and eventually found my current club, which is terrific! They bend over backwards to help new/prospective hams. Your club should do the same and be willing to answer all your questions.

Much of Ham Radio has moved online. You can get equipment online, testing instructions and discussion about setting up your “rig”.

I remember the days of the “hut” where the ham radio people would meet. We had one near the airport.

Exactly, find a local club. Some clubs are more active than others so look at a couple or three in your area. Most clubs provide tutoring and also exam sessions.

The big thing is to get on the air after you get your ticket. That can mean as little as a $40 investment in a cheap handheld radio to get started on a local repeater net. After that the options are limitless.

Ham radio has so many different facets that is hard to give advice as it depends on what you want to do. I would suggest you locate a local ham club as they often have classes and an offer the required testing.

One thing that is growing quickly now is DMR radio that utilizes short range repeaters that ate networked via the Internet for world wide communications. Handie talkie radios for this are available for less than 100 dollars and on requires the basic tech class license.

I have been an active ham since 1963. PM me and I will gladly provide phone number so we can discuss on phone.

Study for a technicians license. It’s no code involved anymore. An easy test given at amateur radio clubs. Google to find one in your area. There are many uhf and vhf frequencies available for that license.
I started on the two meter band with an ICOM uhf/vhf transceiver that I got for about $250.00. I also bought a handheld portable radio in uhf/vhf too.

A Chinese company makes decent handhelds and they sell on the internet for $25 or a.little more. Google Beofeng or look on Amazon.

There are also free repeater systems available in most areas that allow greater coverage. Many give statewide coverage.

Good luck and have fun. Try to get a friend involved too. 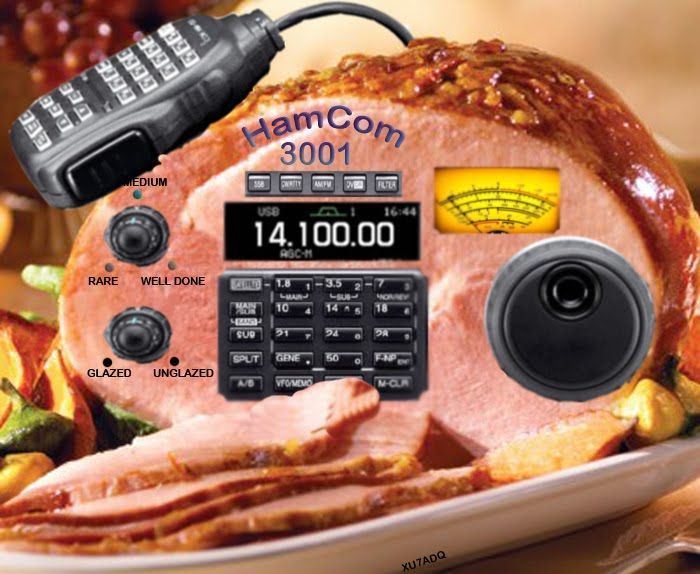 The advice above is good.

The thing I would add is that you obviously need to get your license. If you are comfortable with “apps” I would recommend that you get the ARRL practice tests.

The tests given for licenses are set, and good for a couple of years. So, if you want to get your license fast, load the app and start taking the tests. Over and over. And over. You will start to memorize the questions and pretty soon you will be acing every practice test.

It took about 30 days for me to go through all three levels and get my extra license.

Does that make you a “Ham?” No. it makes you licensed. But as a licensed Ham you can DO things and that is what is important. THEN find yourself a decent club and go from there.

Is my advice the “normal” method of getting your license? Nope. I am sure there are plenty of old timers scratching their head at my advice. But I can learn the rest of the stuff at my leisure. That’s better than killing yourself over a test that is, to be sure—dumbed down from the ones my Dad had to take back in the day.

Some people might think this is cheating, but it relies on your short-term memory to pass the tests. Basically, you spend a day in a group setting studying sample tests, about 3-4 times. You read the questions and ONLY the correct answers. After about six hours of this, you take the actual test and rely on your short-term memory to remember the correct answer.

What's it's NOT doing is giving you the experience from learning radio over time, unless you are a genius and can build radios from coconuts on a deserted island.

1. Find a local club;
2. You'll likely find a mentor ("Elmer") there as well;
3. ARRL Website has lots of good information;
4. Amazon.Com has the "Tech License" books cheap. I used it to obtain my Technicians license and then my General;
5. Don't rush out to buy lots of equipment like I did. Rookie mistake!;
6. Learn to build your own antenna's out of wire;
7. Hamfests are great places to find parts, not so great for working radio's. (Tip: Take someone knowledgeable about hamfests and radio's with you);
8. Start small. Find something in the hobby that interests you. There's LOTS to learn, don't get overwhelmed by it!

I have contacts in over 150 countries including the Middle East, Asia/Pacific, Australia, New Zealand and the Antarctic.

It's a great hobby, start small, focus on one or two things to learn at first and build some success there. You'll be glad you did.

Just purchased a Yaesu FT-60R Dual band on Amazon for $150 used like new. Normally $183 or so... I was learnig toward on the BaoFeng producs, but they are Chinese made...maybe for a second radio. The Yaesu is Japanese made with customer service here in the States. Very well reviewd unit and far easier to program than the BaoFeng manually. Both can be programmed via computer, but then again it seems the BaoFeng sometimes has issues with poor cabling choices and drivers.

The BaoFeng has additional transmit channels than the Yaesu, such as the FRS GMRS, but it is illegal to use that radio to transmit on those channesl as it is not FCC compliant due to too much power for those channels. The Yaesu is FCC compliant all the way around. The Yaesu does not use a lithium-ion battery pack and has the ability with the proper carriage (extra) to just use six alkaline AA batteries...that is good in an emergency situation.

I also got the Diamond SRH 77CA (?) Antennae to go with the radio for future use. The rubber duck is adequate for most uses, but the longer antennae is for when I have to use a different band to reach out and touch someone.

The Yaesu and the BaoFeng are both dual band—as a licensed Technician you are able to use the 2M and 70cm bands. The General and Extra Licenses allow more band usage. Fair enough.

The ARRL licensing books are the way to go...spend the money and get the sprial bound. Should take a few days to learn what you need to pass the Technician license. Only 35 questions and you have to get something like 26 correct to pass. Hey passing is passing, right? I plan on taking my test in either earlier November, or December.

You can purchase a radio prior to licensing. You just cannot transmit until you have a license. A big no-no.

Hope this helps. I learned all this in an afternoon just crusing amazon and a few ham sites. Good Luck.

I am getting the radio to not only follow the wildfires in our neck of the woods. Yes we had the LaPorte and Wall fires this year just down the road from us. But to be able to use to get needed information either in or out.

THe dual band radios do have scanner capability, in that if you enter the freqs of your local police, fire, etc, then you can listen in. You can find those frequencies on the net. Some major cities/areas have switched from analog to digital or have trunk systems so the messaging is encoded and you are not able to listen in. There is a way to check to see if your local agencies are digital or not....mine are not.

Update...THe above answer is cut an pasted one of mine from just a couple of days ago on a similar post. In the meantime I went to one of the several websites that have practice tests based on the actual questions used. WIthout any study or knowledge of the field, especially anything mathematical, I scored 65 percent, which is failing. I missed 12 out of 35 questions, One can miss up to 9 questions and still pass.

So I got the kindle verson of the ARRL Licesne Manual (Technician) and last night began reading. If you are going Kindle, I reccommend using it on a larger screen like a laptop versus a smartphone...or get the spiral bound version so you can flip back and forth.

Pretty humbling on failing a practice test because in my youth, (high school and College) I used to see how far I could go without studying and still ace tests...(Yeah I wasa one of those. But anything mathematical was not my fortay. My brain just isn’t wired that way Why would anyone want to add, subtract, divide and multiple letters of the alphabet?

Anyway that has been my experience thus far in my personal journey to getting a tech licesne. I mean if kids can do it...an old man can too...

Good luck on your personal journey, As for radios. A lot of people like the Baofeng UV-5 and its variants. Runs a little over 60 bucks on Amazon. Programming can be a bitch though. Read through all thew reviews on all of it. For reviews on the chinese models, which many people us there is both amazon and miklor.com If you go the Baofeng versus the Yaesu FT 60R route, remember if you get alternate anntenaes, both the Baofeng and the Yaesu use different anntenaes. Amazon will have them paired.

The question I am looking at is software, preferably mac, or windows XP (as I have a couple of legacy Dells kicking around for certain uses) that will run morse code. That is can one use a keyboard to type morse and have it go out the radio...in return can that same software interpret incoming dots and dashes? Looks like there might be such a creature but I will have to research further.

What he said. Next, start studying for your Technician class license. It’s pretty easy. Aced mine first time through. Almost passed the General class then and there, but I wasn’t up on the antenna math as I should have been.

Don’t worry about the gear until you’re licensed. Lots of good deals around. Look carefully at antennas.