Memorial Day is a holiday devoted to remembering lives lost in war. The soldiers who made the ultimate sacrifice to protect civilian freedoms deserve nothing less than respect. Often lost in the Memorial Day discussions are scientists and inventors who created machines and devices to prevent those lives from being lost in the first place. This Memorial Day we look back at six scientists who thought they’d found a way to do just that - only to see those inventions added to the war machine they wanted to stop.

Alfred Nobel was a Swedish chemist, inventor, and engineer who was fluent in 5 languages by the age of 17. He is best known today as the creator of the Nobel Peace Prize, the highest honor for "those who, during the preceding year, shall have conferred the greatest benefit to mankind” according to his will. But as dedicated a humanitarian as Nobel was, his devotion to the Prize was born from his most famous invention: dynamite. Patented in 1867, Nobel invented dynamite as a safer, more stable construction explosive to nitroglycerin, which killed his younger brother Emil.

This article leaves out that forces of good and forces for evil will use these inventions differently. The good must have these inventions too to defend themselves. If these scientists did not invent these things, someone else would have.

There will always be people who figure out how to use inventions in harmful ways. You can’t regret not inventing something if it was invented for the good.

3 posted on 06/01/2016 7:06:43 PM PDT by Jonty30 (What Islam and secularism have in common is that they are both death cults)
[ Post Reply | Private Reply | To 1 | View Replies]
To: MtnClimber
How come no one regretting the invention of the TV, the pager, the cell phone, creepy genetic procedures?

The last scientist with a major regret will be the one that successfully builds a truly AI robot.

But he won't have long to regret it.

How about the jackass that invented The Pill . . . and changed the demographics of Western Civilization forever

Yes,a Carl Zeiss scope on your rifle is a beautiful thing. 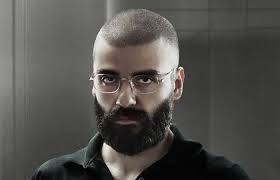 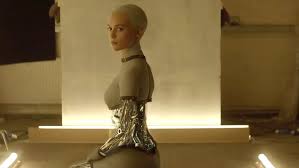 Who eventually did this:

I suspect that Oppenheimer just regretted that he didn’t make the bomb for the Soviet Union.

I could see someone regretting something like say a deadly disease but all the items mentioned are objects which could be used for good or bad. For example the A-Bomb probably saved millions of lives mostly Japanese.

Gavrilo Princip used a Browning .32 auto to assassinate Archduke Ferdinand and his wife. Browning continued to invent weapons of war. He charged the U.S. a fee of one dollar for the patent rights to his model 1917 machine gun.

Pepper spray has probably saved a whole lot of lives. I can’t imagine why it’s inventor would be anything but proud.

John Sylvan was the inventor of K-Cups (or Keurig Cups) for making coffee.
He regrets his invention because of all the litter his empty cups have created. Enough cups to encircle the earth over one dozen times!

Nobel should really regret not creating stronger rules for awarding that damn peace prize that bears his name.

BS. I did not invent kill him before he kills me, but I used my senses to kill him first.

I would do it again if need be.

Oppenheimer was the administrative genius behind the atom bomb. He was the one who founded the site where it was developed and brought in the scientists needed to complete the project. He oversaw every aspect of it. Read:http://www.americanthinker.com/articles/2015/02/jewish_scientists_helped_america_build_the_atom_bomb.html

Misleading headline. If you read the article most of them actually didn’t regret inventing them, even if they were disappointed in how they were used.

If neither Oppenheimer nor Nobel had done the work on the inventing, someone else would have.

Not just misleading, but deliberately meant to be misleading.
In this case intentions matter.

Exactly. Science is discovery, not art.