(CNN)The haters of the Internet have never met a target they couldn't denounce. Even Star Wars."

While much of the world watches and rewatches the new "Star Wars: The Force Awakens" trailer for clues about the eagerly anticipated movie, a small minority of people have attacked the film's ethnically diverse casting as "anti-white."

Another Twitter user called for a boycott of the movie "because it's nothing more than a social justice propaganda piece that alienates it's (sic) core audience of young white males."

TOPICS: Chit/Chat; Society; TV/Movies
KEYWORDS: agitprop; boycottimewarner; cnn; diversity; droids; ewoks; socialjustice; starwars; theinternet; timelieswarnerturner; trolls; waronwhites Navigation: use the links below to view more comments.
first 1-20, 21-40, 41-48 next last
Word is that it all started as a protest because people didn't want to be forced to enroll in Obiewankenobecare.
1 posted on 10/21/2015 1:55:15 AM PDT by Enterprise
[ Post Reply | Private Reply | View Replies]
To: Enterprise

Oh no! A black actor in a lead role!

The whole movie must be anti-white!

But, I don’t feel like being ‘outraged’ about that. In fact, I’m pretty sure that I don’t give a hoot, about the actor race ratios in that movie. It’s just a make believe film.
Check back with me when you find something in this movie worth stressing out over. Hetronormative behavior patterns don’t count.

Hillary looks like shes about to pull a giant white rabbit out from that Darth Vader helmet. Then comes her Phyllis Diller laugh, inappropriately loud, as usual!

This is the leftist media starting this crap. The NY Daily news was promoting this like it was for real yesterday, saying that Republicans are upset because the lead guy in the trailer is black and of course all the brain dead leftist Obama/Hillary zombies believe it. When they can’t find racism they invent it. 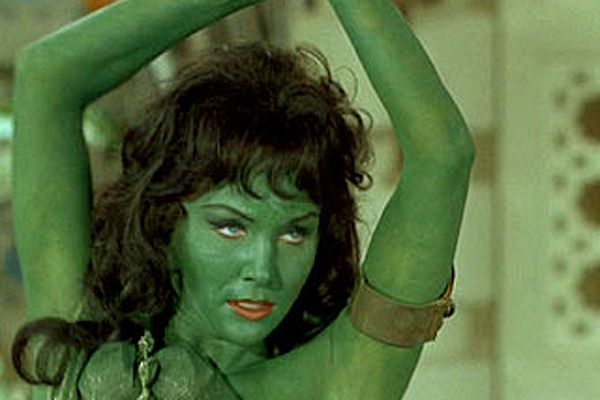 The original Star Trek was the first "anti-white" sci-fi by that standard. Sensible people didn't care back then and wouldn't care now.

Star Wars jumped the shark with “Return of the Jedi”. There has not been a decent show since “Empire”.

I can’t believe it is still popular but there are people like that cult who all called themselves names from “Star Trek the Next Generation”.

Brought to you by the kind of folks who paint graffiti on their own garages and call it a hate crime.

Not knowing the demographic makeup of the universe, I am not sure how many white humans versus other species would be a proper and normal distribution, so I can't address the species/variant makeup of the characters in terms of being a representative sample.

If the good guys were all white, as the Empire bigwigs are, and the bad guys were diverse, with the leads played by 50 cent and Jay Z, you'd never hear the end of it.

11 posted on 10/21/2015 4:03:07 AM PDT by Jim Noble (Diseases desperate grown Are by desperate appliance relieved Or not at al)
[ Post Reply | Private Reply | To 2 | View Replies]
To: GrandJediMasterYoda
The NY Daily news was promoting this like it was for real yesterday, saying that Republicans are upset because the lead guy in the trailer is black and of course all the brain dead leftist Obama/Hillary zombies believe it. When they can’t find racism they invent it.

I would expect nothing less from the Daily News. I think I was 12 years-old when I learned that tabloid is nothing more that a daily Communist Party bulletin.

Of course it has a political agenda. When was the last movie without one?

If all the bad guys are white, then I see their point.

We had black “Karate Kid”, black “Annie”, now we’ll have black “Star Wars” (they probably weren’t selling enough toys in the ‘hood, and whites don’t have any more children to buy them anyway). I have no problem with that; I just have no plans on seeing it - the last four Star Wars movies were horrible.

Good point; as Obama’s wookie said about museums and black people, I don’t know how whites feel that theaters are for them...

15 posted on 10/21/2015 4:19:50 AM PDT by kearnyirish2 (Affirmative action is economic warfare against white males (and therefore white families).)
[ Post Reply | Private Reply | To 13 | View Replies]
To: yarddog
Star Wars jumped the shark with “Return of the Jedi”. There has not been a decent show since “Empire”.

I'd agree "Empire" was the best of the bunch. "Return" got dangerously close to jumping the shark with the Ewoks. The franchise then fully embraced the shark when it introduced Jar Jar Binks.

And all three “black” movies were/will be miserable failures.

I’ve never understood the rage that minorities have against white characters and white stories. For millennia, Europeans have had a talent for creating fairy-tales and stories that are passed on from generation to generation.

Other cultures don’t care or don’t have those talents. So, end result, because they won’t (or more accurately CAN’T) create their own stories, they re-wrap White stories to fit their characters.

I won’t see “Star Wars”, because Hollywood has become nothing but a morbid freak show.

FWIW. Ralph Macchio and Aileen Quinn will always be the Karate Kid and Annie.

Just another way for CNN Leftists to tar the Right with this straw man.

There are legitimate concerns about race-based quotas and the anti-white bigots/racists in the BLM movement, for example, so they need to find a small speck of something—maybe only one or two people, really—in order to smear all valid claims.

And anyone opposing anything they believe in is a “troll”.

I agree, too, but it wasn't just Ewoks that hurt the film. Making Luke and Leia siblings was by far the stupidest move, neutering Han Solo was another, some bad cinematography, muppet-filled opener, killing off Boba Fett in the opening, and lots of ham-fisted writing and bad dialog. Granted, there's some good in it, but still... not the best, but not as bad as the prequels.

I actually have some high hope for this sequel.

Meanwhile, Billy Dee Williams (as Lando) had a major role in Empire Strikes Back and Return of the Jedi, and those were the better films of the franchise.