Edmonton, Alberta, spends five months a year below freezing. Now, the Canadian city is considering a proposal to create a 7-mile skating trail for Edmontonians to use during their winter commutes.

They’ll probably need a turbo zamboni to treat it.

actually sounds like fun...but this is not serious transportation

Ottawa already has this on the Rideau Canal during the winter months. People who work downtown can skate to work along the 4.5-mile canal: 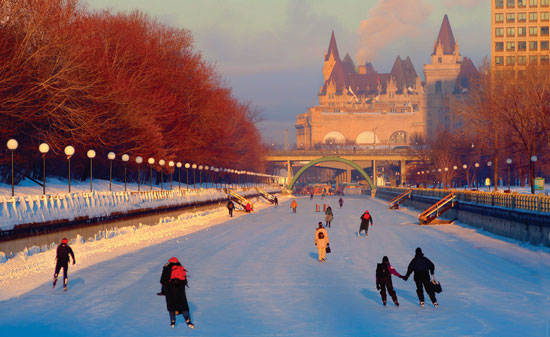 I used to roller blade to work in the summer. It was a fun way to get there. Like Gordie Howe said, “Keep your head up at center ice”.

That’s a great photo. Makes me want to skate.