A man was arrested by Prescott Valley police after he shot his handgun in a residence and claimed he was shooting at the moon.

On Friday, a 49-year-old woman called police because her boyfriend had fired shots from a handgun and was still armed at the time, according to the Prescott Valley Police Department.

Officers arrived at a residence near Robert Road and Loos Drive where they confronted 39-year-old Cameron Read.

Read initially refused to leave the residence, but eventually exited and resisted arrest before being taken into custody by force, according to police.

The victims told police Read had commented about seeing Halley’s Comet, and shortly after, began firing out a window.

The victims heard several shots before fleeing the residence.

Read later told officials he was not trying to harm anyone, but was shooting at the moon. He also admitted to smoking marijuana before the shooting.

No victims were injured.

“Shoot for the Moon” is just an expression, buddy.

I think it was Opium though.

lol - that’s what I thought. It’s FOR the moon, not AT. One little word can mean so much. “If you shoot it, you have to clean it.”

Technically, I think he had been smoking stupid for a long time before that.

Compare him to the alternative eh.

I have a hard time playing Hearts when high! lol

He should have listened to Scotty, we canna change the laws of physics.

Nope; he hit the bong. 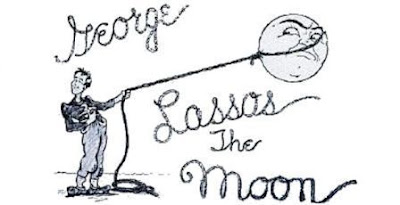 "On a similar front, police in the quiet upstate N.Y. town of
Bedford Falls have arrested an alleged college student for attempting
to secure & bring down our nearest celestial Neighbor, in violation of
existing U.N. statutes mandating shared ownership of Lunar resources…"