Is the world only a Pope away from the End? Yes, if you believe a chilling 12th-century prophecy.

Attributed to St. Malachy, an Irish archbishop canonized in 1190, the Prophecy of the Popes would date to 1139. The document predicted that there would be only 112 more popes before the Last Judgment — and Benedict XVI is 111.

The list of popes originated from a vision Malachy said he received from God when he was in Rome, reporting on his diocese to Pope Innocent II.

The story goes that St. Malachy gave the apocalyptic list to Innocent II and that the document remained unknown in the Vatican Archives some 440 years after Malachy’s death in 1148. It was rediscovered and published by Benedictine Arnold de Wyon in 1590.

The prophecy consists of brief, cryptic phrases in Latin about each Pope. It ends with the 112th pope, named “Petrus Romanus” or “Peter the Roman.”

According to the premonition, Peter the Roman would “feed his flock amid many tribulations, after which the City of the Seven Hills shall be utterly destroyed, and the awful Judge will judge the people.”

For example, Malachy prophesied the first pope on his list would be “from a castle on the Tiber.” Celestine II, elected in 1143, was born in Toscany on the shores of the Tiber River.

Malachy predicted another pope would be “elevated from a hermit.” Nicholas IV, pope from 1288 to 1292, had been a hermit in the monastery of Pouilles.

The 45th pope in the prophecy is described as coming “from the hell of Pregnani”. Indeed, Pope Urban VI (1378-1389) was born Domenico Prignano and came from a village near Naples called Inferno (hell).

Most scholars consider the document a 16th-century elaborate hoax. Until 1590, when the prophecy was published, the mottoes were easily derived from the pope’s family, baptismal names, native places or coats of arms.

After 1590 the epithets become much more vague. According to the Catholic Pages, “the inclusion of anti-popes would also appear to militate against the authenticity of the prophecies.”

Yet, uncanny similarities also appear when reading the mottoes associated to modern-day popes.

For example, the 109th pope is described as “of the half of the moon.” John Paul I, elected pope in 1978, “lasted about a month, from half a moon to the next half,” the Catholic Pages noted.

As for his successor, the late Pope John Paul II, Malachy described him in Latin as “de labore solis,” meaning “of the eclipse of the sun, or from the labor of the sun.”

Finally, “Glory of the Olives” is the motto for Benedict XVI, the 111th pope in the list. A branch of the monastic order founded by St. Benedict is called the Olivetans.

As for the doomsday pope, one would think we are quite safe: according to church tradition, no pope can take the name Peter II.

However, one of the favorites to succeed Benedict XVI is Ghanaian Cardinal Turkson. His first name is Peter.

I think we may have already reached the tipping point ... this is what happens every time the L.A. Lakers win or lose a championship game or some Eurotrash nation loses the World Soccer Cup.

The Catholic and Eastern Orthodox Churches have thousands of Saints, 10,000 according to Wiki.

It is ridiculous. They have no power, they are no more than regular humans ‘deemed’ by a Pope to be special somehow. There is nothing biblical about that.

In reality they are more like old testament Prophets, ordinary, flawed humans used by God for a purpose.

Yep. That is exactly right.

The silence of 400 years on the part of so many learned authors who had written about the popes, and the silence of St. Bernard especially, who wrote the "Life of St. Malachy", is a strong argument against their authenticity, but it is not conclusive if we adopt Cucherat's theory that they were hidden in the Archives during those 400 years.

The last of these prophecies concerns the end of the world and is as follows: "In the final persecution of the Holy Roman Church there will reign Peter the Roman, who will feed his flock amid many tribulations, after which the seven-hilled city will be destroyed and the dreadful Judge will judge the people. The End." It has been noticed concerning Petrus Romanus, who according to St. Malachy's list is to be the last pope, that the prophecy does not say that no popes will intervene between him and his predecessor designated Gloria olivæ. It merely says that he is to be the last, so that we may suppose as many popes as we please before "Peter the Roman". Cornelius a Lapide refers to this prophecy in his commentary "On the Gospel of St. John" (C. xvi) and "On the Apocalypse" (cc. xvii-xx), and he endeavours to calculate according to it the remaining years of time.

Catholics debunked these “prophesies” hundreds of years ago.

Try to keep up y’all.

well the cardinal who is the vatican secretary of state is from italy and his name is Pietro.

The obsession with the end times is disguised narcissism: “When I die, the whole universe should come to an end.”

Concerning times and seasons, brothers, you have no need for anything to be written to you.

For you yourselves know very well that the day of the Lord will come like a thief at night.

When people are saying, “Peace and security,” then sudden disaster comes upon them, like labor pains upon a pregnant woman, and they will not escape.

But you, brothers, are not in darkness, for that day to overtake you like a thief.

Therefore, let us not sleep as the rest do, but let us stay alert and sober.

Those who sleep go to sleep at night, and those who are drunk get drunk at night.

But since we are of the day, let us be sober, putting on the breastplate of faith and love and the helmet that is hope for salvation.

For God did not destine us for wrath, but to gain salvation through our Lord Jesus Christ, who died for us, so that whether we are awake or asleep we may live together with him.

1. Yes, there was a St. Malachy, but the prophecies attributed to him showed up five centuries after his death.

2. For a couple more centuries, there was no mention of Peter the Roman, merely a list of descriptive titles of popes.

3. Nothing in the list of popes suggests it is a complete list of every pope to come, except the spurious addition of Peter the Roman.

4. Even if Peter the Roman were authentic, nothing in the wording precludes a very long list of unmentioned popes between the Glory of the Olives and Peter the Roman.

1. Yes, there was a St. Malachy, but the prophecies attributed to him showed up five centuries after his death.

2. For a couple more centuries, there was no mention of Peter the Roman, merely a list of descriptive titles of popes.

3. Nothing in the list of popes suggests it is a complete list of every pope to come, except the spurious addition of Peter the Roman.

4. Even if Peter the Roman were authentic, nothing in the wording precludes a very long list of unmentioned popes between the Glory of the Olives and Peter the Roman.

5. Oddly, the legend of St. Malachy was hyped in the past decade by anti-Catholics who inverted the meaning of Peter the Roman into some sort of anti-Christ figure, as if “persecution of the Church” meant “persecution by the Church,” and “shepherding his flock” could somehow be evil. 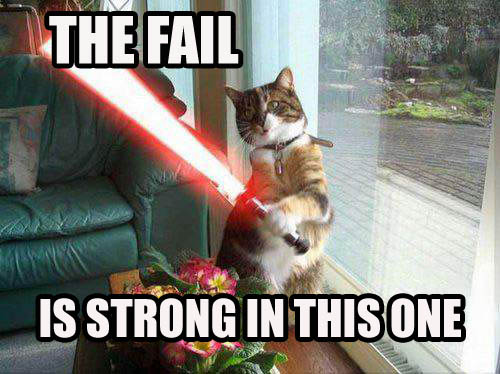 As I told you, if men do not repent and better themselves, the Father will inflict a terrible punishment on all humanity. It will be a punishment greater than the deluge, such as one never seen before. Fire will fall from the sky and will wipe out a great part of humanity, the good as well as the bad, sparing neither priests nor faithful. The survivors will find themselves so desolate that they will envy the dead. The only arms which will remain for you will be the Rosary and the Sign left by My Son. Each day recite the prayers of the Rosary. With the Rosary, pray for the Pope, the bishops and priests. --Akita, Japan, 10-13-73 http://www.ewtn.com/library/mary/akita.htm

BXVI himself gave us "warnings," when he said:

[I]t is imperative that the entire Catholic community in the United States come to realize the grave threats to the Church's public moral witness presented by a radical secularism which finds increasing expression in the political and cultural spheres...The seriousness of these threats needs to be clearly appreciated at every level of ecclesial life. --Pope Benedict XVI, 1-29-12 http://www.catholicculture.org/news/headlines/index.cfm?storyid=13035

You should be happy to know that the Catholic Church ascribes no special power to someone being made a Saint, although some Saints certainly have had miracles attributed them as a part of private revelation.

(Private revelation is never binding for any Catholic to believe in, as opposed to public revelation which consists of that which was handed down to us from the apostles, including the Scriptures, and whose tests of authenticity includes being in accord with the Scriptures.)

Catholics believe that since the souls of the justified do not perish, it is fitting to ask people, living or deceased, to join them in prayer. However, there is a grave danger in asking the deceased to pray with you, for you do not know whether the deceased is in Heaven or Hell, and you always want to be certain that the will of the one you pray with is always in accord with Christ. Therefore, there are certain souls whom the Church has found to be safe to pray with, for it is certain that they are in Heaven and that their wills have been sanctified to be in perfect accord with Christ. These are the firstfruits, whom the Book of Revelations clearly depicts as viewing the events on Earth below, praying to God, and offering up the prayers of the faithful below as incense before God.