LOS ANGELES (TheWrap.com) - Tiger Woods, you're finally off the hook.

Of course, if this is true, Bryant -- whose public approval rating has vacillated wildly over the years from boy wonder to unlikable cad to uber-determined workaholic -- will likely go back into the media doghouse as the latest celebrity athlete to succumb to carnal temptation.

And this story will be around for weeks, if not months.

According to TMZ, Vanessa Bryant knew that her husband had been involved with "multiple women" over the years, but a recent affair pushed her over the edge. 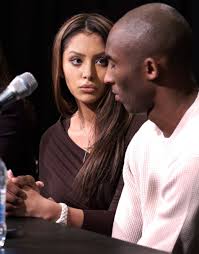 And in other shocking news, the sun came up in the east this morning.

“Vanessa Bryant knew that her husband had been involved with “multiple women” over the years, but a recent affair pushed her over the edge.”

Vanessa would have had sympathy ~10 years ago when we all heard about the “first” affair.

She knew who she was marrying, and she got compensated very nicely.

6 posted on 12/19/2011 7:22:58 AM PST by dblshot (Insanity: electing the same people over and over and expecting different results.)
[ Post Reply | Private Reply | To 1 | View Replies]
To: Libloather
Does he get the monster diamond ring back?

Let me get this straight. It is okay with the wife if Kobe rapes women, but if he has consensual sex, that is unacceptable?

The news said the ring was a “gift” and therefore she gets to keep it free and clear.

They had no pre-nup. She gets half of what he made during the last 10.5 years ... his most productive.

I don’t think she gets half of what they made. They have spent some of that money and it’s gone. Most likely she will get half the assets (or a settlement), spousal support, and child support based upon his current and future income.

Still a good chunk of change considering the work/pay ratio.

The ring alone would keep her very well ...

Both knew what they were getting into. She never came off as a gold digger.

I think it's a sex/pay ratio.

Think about how much money it's gonna cost kobe on a piece/work basis.

Richard said," Ain't no p^ssy worth that much".