The following is an excerpt from the July 1943 issue of Mass Transportation Magazine. This was written for male supervisors of women in the work force during World War II.

Eleven Tips on Getting More Efficiency Out of Women

Employees: There's no longer any question whether transit companies should hire women for jobs formerly held by men. The draft and manpower shortage has settled that point. The important things now are to select the most efficient women available and how to use them to the best advantage.

Here are eleven helpful tips on the subject from Western Properties:

1. Pick young married women. They usually have more of a sense of responsibility than their unmarried sisters, they're less likely to be flirtatious, they need the work or they wouldn't be doing it, they still have the pep and interest to work hard and to deal with the public efficiently.

2. When you have to use older women, try to get ones who have worked outside the home at some time in their lives. Older women who have never contacted the public have a hard time adapting themselves and are inclined to be cantankerous and fussy. It's always well to impress upon older women the importance of friendliness and courtesy.

3. General experience indicates that "husky" girls - those who are just a little on the heavy side - are more even tempered and efficient than their underweight sisters.

4. Retain a physician to give each woman you hire a special physical examination - one covering female conditions. This step not only protects the property against the possibilities of lawsuit, but reveals whether the employee-to-be has any female weaknesses which would make her mentally or physically unfit for the job.

5. Stress at the outset the importance of time the fact that a minute or two lost here and there makes serious inroads on schedules. Until this point is gotten across, service is likely to be slowed up.

6. Give the female employee a definite day-long schedule of duties so that they'll keep busy without bothering the management for instructions every few minutes. Numerous properties say that women make excellent workers when they have their jobs cut out for them, but that they lack initiative in finding work themselves.

7. Whenever possible, let the inside employee change from one job to another at some time during the day. Women are inclined to be less nervous and happier with change.

8. Give every girl an adequate number of rest periods during the day. You have to make some allowances for feminine psychology. A girl has more confidence and is more efficient if she can keep her hair tidied, apply fresh lipstick and wash her hands several times a day.

9. Be tactful when issuing instructions or in making criticisms. Women are often sensitive; they can't shrug off harsh words the way men do. Never ridicule a woman - it breaks her spirit and cuts off her efficiency.

10. Be reasonably considerate about using strong language around women. Even though a girl's husband or father may swear vociferously, she'll grow to dislike a place of business where she hears too much of this.

11. Get enough size variety in operator's uniforms so that each girl can have a proper fit. This point can't be stressed too much in keeping women happy.

That actually all looks pretty sensible to me.

2 posted on 11/02/2011 6:45:24 PM PDT by A_perfect_lady (Islam is as Islam does.)
[ Post Reply | Private Reply | To 1 | View Replies]
To: Keltik
3. General experience indicates that "husky" girls - those who are just a little on the heavy side - are more even tempered and efficient than their underweight sisters.

This is not always true.

Looks sensible to me. Sadly, it would apply to many ‘men’ of today....

I worked for Westinghouse back in the day, in the “mother plant” that George himself built in East Pittsburgh. There was a group of women there that were known as the Westinghouse Old Maids because the company had a policy in the 50’s that a woman would be fired if she got married, so these women chose their jobs over marriage and stayed single.

How the heck did you come to that conclusion?

How the heck did you come to that conclusion?

Their targeting of young married women, who would most likely be starting families. Given the year (1943), they would be out working while their husbands would be off in the war, too; easier to influence them with a leftist agenda while on the job, via whatever union(s) would have been in the workplace.

Art thou a Marxist?

Standard Oil of Indiana (predecessor to BP) had a similar policy. Female ancestors were ‘let go’ when they got married.

Seems not much has changed other than the physicals for “female problems”.

We always hear “the rules” from the female side. Now here are the rules from the male side. These are our rules! Please note... these are all numbered “1” ON PURPOSE!

1. Learn to work the toilet seat. You’re a big girl. If it’s up, put it down. We need it up, you need it down. You don’t hear us bitching about you leaving it down.

1. Birthdays, Valentines, and Anniversaries are not quests to see if we can find the perfect present yet again!

1. Sometimes we are not thinking about you. Live with it.

1. Sunday = sports. It’s like the full moon or the changing of the tides. Let it be.

1. Don’t cut your hair. Ever. Long hair is always more attractive than short hair. One of the big reasons guys fear getting married is that married women always cut their hair, and by then you’re stuck with her.

1. Shopping is NOT a sport. And no, we are never going to think of it that way.

1. We don’t remember dates. Mark birthdays and anniversaries on a calendar. Remind us frequently beforehand.

1. Most guys own three pairs of shoes - tops. What makes you think we’d be any good at choosing which pair, out of thirty, would look good with your dress?

1. Yes and No are perfectly acceptable answers to almost every question.

1. Come to us with a problem only if you want help solving it. That’s what we do. Sympathy is what your girlfriends are for.

1. A headache that last for 17 months is a problem. See a doctor.

1. Anything we said 6 months ago is inadmissible in an argument. In fact, all comments become null and void after 7 days.

1. If you won’t dress like the Victoria’s Secret girls, don’t expect us to act like soap opera guys.

1. If you think you’re fat, you probably are. Don’t ask us. We refuse to answer.

1. If something we said can be interpreted two ways, and one of the ways makes you sad or angry, we meant the other one.

1. Let us ogle. We are going to look anyway; it’s genetic.

1. You can either ask us to do something or tell us how you want it done. Not both. If you already know best how to do it, just do it yourself.

1. Whenever possible, please say whatever you have to say during commercials.

1. Christopher Columbus did not need directions, and neither do we.

1. The relationship is never going to be like it was the first two months we were going out. Get over it. And quit whining to your girlfriends.

1. ALL men see in only 16 colors, like Windows default settings. Peach, for example, is a fruit, not a color. Pumpkin is also a fruit. We have no idea what mauve is.

1. If it itches, it will be scratched. We do that.

1. We are not mind readers and we never will be. Our lack of mind-reading ability is not proof of how little we care about you.

1. If we ask what is wrong and you say “nothing,” we will act like nothing’s wrong. We know you are lying, but it is just not worth the hassle.

1. When we have to go somewhere, absolutely anything you wear is fine. Really.

1. Don’t ask us what we’re thinking about unless you are prepared to discuss such topics as navel lint, the shotgun formation, or monster trucks.

1. You have enough clothes.

1. You have too many shoes.

1. Foreign films are best left to foreigners. (Unless it’s Bruce Lee or some war flick where it doesn’t really matter what the hell they’re saying anyway.)

1. It is neither in your best interest or ours to take the quiz together. No, it doesn’t matter which quiz.

1. BEER is as exciting for us as handbags are for you.

1. Thank you for reading this; Yes, I know, I have to sleep on the couch tonight, but did you know we really don’t mind that, it’s like camping.

Having been the General Manager over a few businesses, I can tell you, Marxist it may be, but single women are far inferior to married women. I worked with about 20 employees at a time in one venue, and the problems with the single women were to no end. “He looked at me cross-eyed,” “She talks behind my back,” “He stood to close to me,” “I feel creeped out by ____,” “I’m scared to walk to the garbage (We live in the area with the least crime in the entire country, or it was at the time).” And on and on. Yet, with every married women, they were some of the best workers (usually because they also had previously, or were currently, taking care of a family at home).

While I don’t advocate for women leaving their families and worked (statistically, on average it doesn’t actually bring in much extra money, anyway, IIRC $1000 a year on average), if they are going to work, they generally do a better job than single women, who laregly have had little responsibility in their lives by comparison.

I assumed that, back in the 1940s, unions were actually helpful/beneficial.

See my post at #16. Also, while I don’t disagree with the point that it could be from the marxist angle, I certainly wouldn’t assume that first. 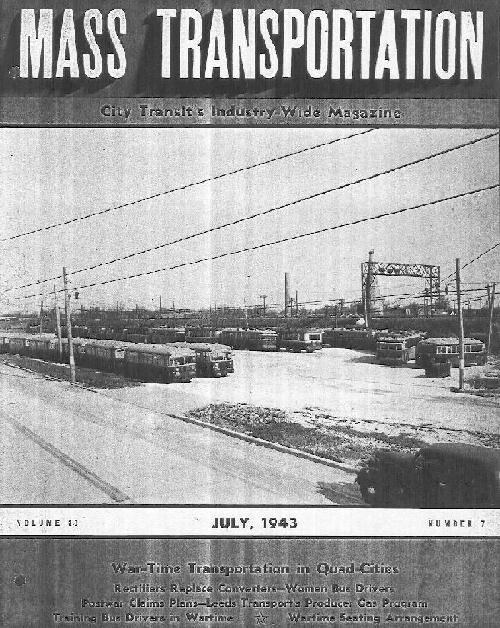