We need to learn of local ham/amateur radio operators and us ham operators need to have a pre-established network with designated frequencies to get our message out and around.

Don't wait for the day that either due to martial law or other catastrophic events, our communication paths are severed or greatly blocked.

I suspect there are many ham license holders that are freepers as well. We need to know about each other before the day when we wished we had done this.

George, [Edited by poster's request - AM]

No, the only way I know to disable RF propagation is by using artificial ionization. Even that has limits. 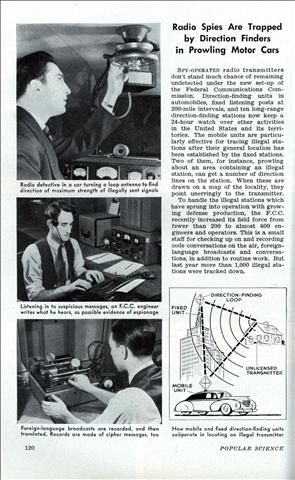 I still remember a story a friend told us back in the ‘80’s: When he was young, he knew another teen who’d been communicating with someone in Russia via radio. (I don’t know which kind of radio.) They were just having friendly conversations, but, at one point, the “authorities” showed up to interrogate him at home, and they took his radio.

Apparently, radio communications are monitored, too.

Well, go back and tell him to take a basic physics class, because he is an idiot.

I am not enough of a ham to know what band is best to use (remember my gear is essential led packed up).

How do we pick a good frequency. I think a first, second, third choice list for frequency/band.

Any ham operator that is better versed and has used the airwaves for years could really help at this point.

Good idea. I hope there are backup plans being made to facilitate communications.

However, I don’t think it is wise to publicize the exact plans at this time.

Sorry for the boldface. I didn’t apply one of my html tags correctly.

There are ways of minimizing the transmission times too.

We maybe at war someday too soon.

Yeah, but how would the ‘caption this’ threads work over the airwaves?

SO ARE YOU SAYING, IF HE IS NOT USING HIS SET DURING A PULSE (ooopppsss!) ...it will no longer work? Or is it the tubes that are not susceptible?

STOP THE DIRECTION WE ARE MOVING NOW.

Perhaps start by introducing yourself to your neighbors.
If your need is to go hi-tech, fine.
But don’t ignore the obvious.

Can we get Obama to use this direction finding equipment to show them they are headed in the wrong direction?

Too many of them. Plus broad spectrum jammers don't have the juice to jam much more than a small area. Direction Finding you'd have to worry about but the vehicles are easy to spot and the more strategic assets would have more on their plate should it come down to this.

George, about how much of an investment would it take to talk to you from Port Angeles, Washington?

AND, can relative secure communications be made over he airways? I suspect not, but I don’t know what’s available or legal on this subject.

I know from personal experience that in any emergency, failure or lack of communications, can mean the difference between success or failure—life and death.

EMP is the ultimate zot - it induces current between metal bits, which are seperated by even a small distance.

This current tends to fry electronics.

Vacuum tubes are less succeptible to EMP than solid state - but they can still fry, given the right pulse.

So, the answer to your question...”IF HE IS NOT USING HIS SET DURING A PULSE (ooopppsss!) ...it will no longer work?”

...depends on what type of set, and how well he buried it. A faraday cage will work - but then, you cannot broadcast, can you?

Actually no it can’t.

A more experience ham radio operator is needed for the best answer.

It will depend on atmospherics of course. I have the license primarily to be legal and have only talked once with an operator from Tennessee (I think).

I suspect that message relaying would be common place to get the non-MSM, uncensored messages out.