I’m so old I remember the tired old feminist gibe about it taking 2 men to replace a woman. Perhaps that was a bit of hyperbole, given that it’s sometimes the other way round.

Ten million dollars, wow! Now that sounds like hyperbole. The damages seem high I know, but then, Donald Trump was still in office when they fired him. Ten months into Joe Biden sized inflation that sounds about right, doesn’t it? 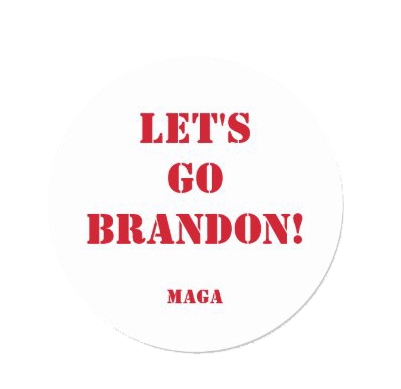 These are the stickers Raj made for me. I’ve found them quite useful.

Way to go David and David’s attorneys! Even if there were valid reasons for your firing – and I’m not saying there were - thank you for making an example out of these practitioners of the jackassery game of “diversity and inclusion” in which white males are always the pawn. Seriously, don’t any of you people have sons?

Wake up Wokesters: if you play stupid games, you win stupid prizes.

He said the college spent about $500K to keep an unualified woman out of a $30,000 a year, job. She had sued, claiming she was not hired because of her gender and race. It' funny because all university expenses (what ever they are for) get passed on to students, in the form of tuition hikes. The people behind these BS claims hurt the very students who support them

It’s NOT patriarchy. It is COMPETENCE!

Competence is being sacrificed upon the alter of Diversity.