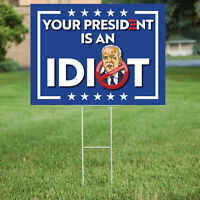 Without a doubt there are moments when Joe Biden doesn't know where his feet are. He frequently loses his mask and he often is confused but do not discount his mendacity for one second when he is lucid. He is and always has been a liar of epic proportions. Even more of his deceit can be seen here. He is not a nice man. He is not a good man. The smartest man he knows holds the Guinness World Record for smoking parmesan cheese.

It was widely predicted that the economy would add close to a million jobs last month but only 266,000 jobs were added. It was regarded as the biggest prediction fail since 1998 and one CNBC host thought it was a typo. Biden went out and blamed Donald Trump for the bad numbers while out of the other side of his mouth claimed that America was moving in the right direction.

Why is the employment report so dismal? Because Biden is providing a financial incentive to not work. Not working pays far better than working.

Under President Biden’s recently enacted $1.9 trillion American Rescue Plan, workers who lost their jobs to the pandemic shutdowns and scale-backs are now earning more in unemployment benefits than they did in wages. And that is stopping people from returning to work — just when employers are trying to reopen across the nation.

The unemployed are getting an extra $300 a week in federal benefits through Labor Day. That’s on top of state unemployment benefits averaging about $320 per week.

It all adds up to an average of $638 per week in combined federal and state unemployment payments. In 2019, that combined amount averaged out to $348 per week.

According to economists at Bank of America, the combined unemployment benefits mean that anyone earning less than $32,000 a year can potentially receive more income from unemployment aid than from their previous jobs.

Restaurants and small businesses are desperate to hire as the economy gains momentum but Biden is determined to smother them:

Owners and managers from New York, California, Washington, and Chicago told The Epoch Times hiring woes have become a nightmare amid a litany of other challenges like indoor occupancy rules. They say the federal unemployment bonuses handed out during the CCP (Chinese Communist Party) virus pandemic incentivized people to stay home instead of working.

The real idiots are the one’s who actually trust this fool just because he’s a democrat.

Our local news station labeled him “Friendly Joe Biden” on his visit to the Carter’s. They are overdoing it.

I don’t think Uncle Joe has a clue about anything. It is 0bama and Crew running things behind the scenes.

That said, this is all by design, Comrades. All. By. Design.

The Swamp Republicans wanted China Joe too. They love their perks, privileges, and Central American pool boys pleasuring them.

But he is giving free money out. That’s very popular.

If Nixon had contested the election theft in 1960 we would not be having these issues today. Moral of the story is that letting the bad guy get away only encourages them to do more.

Let’s don’t give Biden “credit” for this mess. He hasn’t a CLUE what he’s doing minute to minute. His damned HANDLERS are causing this mess. Let’s start dissing them instead of punching a obviously demented old man who can’t help himself.

His damned HANDLERS are causing this mess.

The same idiots don’t really even get what is wrong with Democrat policies, despite the fact that all the cities run by democrats have been in total disarray for years on end.

12 posted on 05/08/2021 5:55:39 PM PDT by simpson96
[ Post Reply | Private Reply | To 1 | View Replies]
To: Starman417
Here we go with another "Joe Biden is wrecking our economy" op-ed. There is no doubt President Biden is an idiot, but it was the idiots on our side that wrecked our economy with the stupid free trade deals with the communists.

I know the left eventually joined in, but giving the communists MFN status was our doing.

And we did this knowing what communism is and what the communists' plans are. We saw our factories closing and those high paying middle class jobs being replaced with part time McJobs. We saw our homeless Vets sleeping in the streets while the communists they protected us against were building up their military with our consumer dollars.

We saw all of this, but we decided saving $.10 on communist made paint brushes was more important.

Not all of us, but you know who you are.

Now we want to point to Joe Biden as being owned by the communists, but whose free trade deals gave them the money to build up their military and buy our government in the first place?

No. That gives bidet an excuse.

Blame biden and Harris 100%. Tie this albatross firmly around their necks

I had to look this up.

Talk about detached from reality. We cannot sustain as a nation by printing money and incentivizing people not to work. What’s wrong with him?

Or maybe it’s because he’s a f**king idiot.

He’s a puppet and the ‘stinks’ pulling the strings are America haters.

I’ve always hated Biden.. he of the ego far surpassing his intellect.. and I always will.

19 posted on 05/08/2021 6:21:44 PM PDT by ScottinVA (Enough. Divide the country.. now. )
[ Post Reply | Private Reply | To 1 | View Replies]
To: Starman417
He frequently loses his mask and he often is confused but do not discount his mendacity for one second when he is lucid. He is and always has been a liar of epic proportions. Even more of his deceit can be seen here. He is not a nice man. He is not a good man. The smartest man he knows holds the Guinness World Record for smoking parmesan cheese.Biden demonstrated over almost fifty years in DC that he is a nasty opportunistic partisan who was willing to do whatever was required to advance Dem goals. All the more recent media bluster that he's a moderate, a nice guy, even grandfatherly, is just so much MSM booshwa.
20 posted on 05/08/2021 6:32:29 PM PDT by Rummyfan (In any war between the civilized man and the savage, support the civilized man. Support Israel.d)
[ Post Reply | Private Reply | To 1 | View Replies]
Navigation: use the links below to view more comments.
first 1-20, 21-36 next last