How Trump is hunting down the GOP’s leading families
politico.com ^ | 5/7/21 | David Siders

In the civil war between Donald Trump and the GOP’s waning establishment, no Republican has crossed the former president and come out ahead.

Yet as Rep. Liz Cheney’s likely ouster from House leadership lays bare, Trump has reserved a special fury for the scions of the GOP’s leading families in his attempt to exercise full dominion over the Republican Party.

Whether it’s the Cheneys, the Bushes or the lesser bloodlines — such as the Romneys or the Murkowskis — Trump has been relentless in his efforts to force them to bend the knee. Even Cindy McCain, the widow of the late Sen. John McCain — who herself has never run for office — has been knocked down, censured by Trump allies who run the state Republican Party in Arizona.

It’s the clearest sign that the modern Republican Party hasn’t just broken with its traditionalist past. It’s shredding every vestige of it.

“It’s a tragedy,” said Arne Carlson, a former two-term Republican governor of Minnesota. “The problem with the revolution is they continue to get more and more extreme. Whereas Liz Cheney was on the right, she now finds herself being pushed into the middle and, ultimately, off the cliff.”

TOPICS: Government; Politics
KEYWORDS: bushcheney; davidsiders; elections; fakenews; nomorebushes; nomorecheneys; nomoreromneys; politico; pollutico; stayoutdaarbustos; stayoutdabushes Navigation: use the links below to view more comments.
first 1-20, 21-40, 41-60, 61-63 next last
A single individual, with the people behind him, is breaking the Ruling Oligarchy.

They've been screaming now for six straight years (since June of '15).

We knew it would take many elections to fully root out the scum.

And it's not over yet. 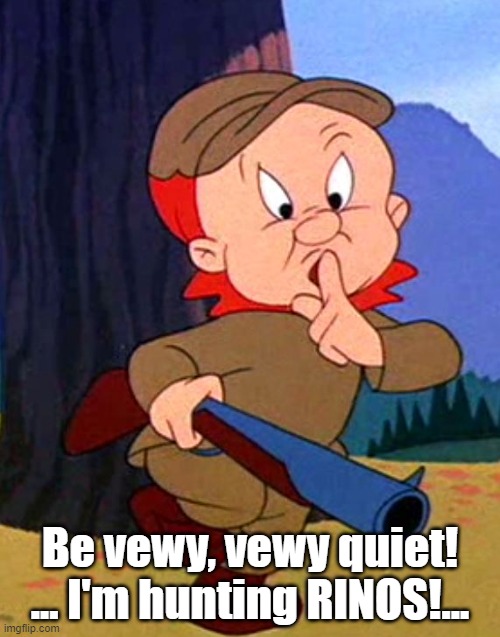 I won’t be happy until every last republican who failed to contest the electors on Jan 6th is out of office!

The GOPe must be destroyed and rebuilt from the ground up.

Bush League Republicans are all committed to the Bush Plan for North Mexico (aka USA).
It is a prerequisite for admission to leadership in the GOP.

We do not want to become North Mexico.

They ALL have to go.

We can no longer tolerate Assistant Democrats assisting the Democrats to a permanent majority.
They are almost there.

They’re upset that someone is taking on the RINO elite. Well, too f’ing bad. The RINO elite has done nothing but enrich themselves and expand their power at the expense of those whom they CLAIM to represent. The people of this country have been utterly screwed by the chicken-$hit actions of the RINO elite in failing to fight, and actually going along with, the utterly power-hungry Dems.

Don’t ask me to feel sorry for the RINO elites...quite to the contrary, I am experiencing a schadenfreude 2nd only to the 2016 schlonging of Hitlery.

7 posted on 05/07/2021 12:46:11 PM PDT by Ancesthntr ("The right to buy weapons is the right to be free." A. E. van Vogt, “The Weapon Shops of Isher”)
[ Post Reply | Private Reply | To 1 | View Replies]
To: Ancesthntr
The RINO elite has done nothing but enrich themselves and expand their power at the expense of those whom they CLAIM to represent. The people of this country have been utterly screwed by the chicken-$hit actions of the RINO elite in failing to fight, and actually going along with, the utterly power-hungry Dems.

The old phrase, “Hoisted with their own petard,” comes to mind.

While Commie Joe’s minions monitor everyone else.

That was all our goal when we voted for him.

And really, it’s dynastic oligarchy that is our enemy.

She wouldn't have been pushed anywhere if she hadn't been stupid and voted for impeachment. Then, she just kept digging the hole deeper by mouthing off more stupid nonsense.

“...she now finds herself being pushed into the middle and, ultimately, off the cliff.”

BULLoney. Liz and all her ilk are better-than-you (BTY) elites, and need to be taken down a peg or two. Notice how the passive tense is used to play like she is a ‘victim’... Poor baby.

The BTY are not victims, they are snobs. The only reason they ever appear to be moderate is so they can fool you into voting for them.

You only need a third of all people to be stupid. They are being led by the one third of people that have the agenda. The third third is us. We have to sway the middle third which is really hard because we don’t rely on emotion to make our points.

“I can’t spare this man–he fights.”

Whereas Liz Cheney was on the right, she now finds herself being pushed into the middle and, ultimately, off the cliff.”

The war whore took a swing at our hero and shot a few arrows.

Michael: [to Carlo] Only don’t tell me you’re innocent. Because it insults my intelligence and makes me very angry.