NBC News reported it “confirmed The Post’s characterization of the Dec. 23 call through a source familiar with the conversation.”

USA Today claimed a “Georgia official speaking on the condition of anonymity to discuss internal matters confirmed the details of the call.”

ABC News reported: “President Donald Trump phoned a chief investigator in Secretary of State Brad Raffensperger’s office asking the official to ‘find the fraud’ and telling this person they would be a ‘national hero’ for it, an individual familiar with the matter confirmed to ABC News.”

PBS NewsHour and CNN likewise appeared to claim they independently “confirmed” the story through their own anonymous sources.

Or in other words, anything who assumed that the media’s “anonymous sources” may be “non-existent sources” or “politically motivated sources” is vindicated in this case....

But it was fact checked by a group of people who unanimously condemn the orange man of being bad, but of 100% being incapable of being not bad

I guess these media liars have never heard of instant reply. That is why the Washington Post was forced to issue a correction because the Journal played the actual call. Otherwise, the Post would have not corrected it if the Journal did not play the call for all to hear.

(NIV) Exodus 23: 1“You must not pass along false rumors. You must not cooperate with evil people by lying on the witness stand. 2 “You must not follow the crowd in doing wrong. When you are called to testify in a dispute, do not be swayed by the crowd to twist justice.”

So they’re gonna get theirs. When? I wish that were my call; but it isn’t.

Of course they confirmed it. It helped their narrative. No one did any actual legwork. It’s automatic.

Just like anything republicans said about voter fraud was automatically labelled “debunked” instantly. No one had any way of knowing, or truly investigating, how deep fraud may or may not have been. Just call it debunked. Easy

Now that the Washington Post has burned Fuchs down, there is still unresolved business. NBC, ABC, USA Today, and CNN all claim to have independently verified Fuchs’s story (read The Real Scandal Behind the Washington Post-Trump Scandal). Though other outlets have now flagged the inaccurate reporting, CNN, naturally, has stealth-edited their stories to give the appearance that they were correct all along. Pretty shameful… or it would be shameful if they didn’t already employ Don Lemon, Brian Stelter, and Chris Cuomo. The rewrites of the stories all finger Fuchs as the source, but their original reporting claimed independent verification. It is unclear whether Fuchs was the anonymous source to multiple outlets, whether other anonymous sources were carrying forth the same lies, or if the other outlets simply took the Washington Post reporting at face value and lied about having corroborated the story... One final note. If the Daily Caller or Free Beacon or even the Washington Examiner had pulled a bullsh** stunt like this, they would be out of business (read The Washington Post Doesn't Deserve to Exist After Making up Trump Quotes to Own the Orange Man). Facebook and Twitter would have de-platformed them by now (read Based on Brian Stelter’s Own Arguments, CNN and Washington Post Should Be Deplatformed). They would be ritually sacrificing staffers to try to keep advertisers from fleeing, and they would still fail. The Washington Post and Amy Gardner will simply move ahead. They will continue to sling wild conspiracy theories based on uncorroborated single sources, and they will continue to be treated as though they are serious newsgathering organizations.

Of course they did:

3) The story was thus deemed Gospel and rewritten by a team of crack journalists who changed at least ten words to make it look original. :)

Doesn't anyone know that you are supposed to always avoid split infinitives?

Don’t believe anything you read in the democrat media.

38 NYers watched from their windows as Kitty Genovese died and no one called the police.

That was the lie told by the NY Times and repeated by media around the nation.

The more things change the more they remain the same.

Hate-filled Speaker Pelosi launched her second impeachment of Trump using
the Wash/Po unsourced, multiply “corroborated,” allegation that Fuchs made up;

The Fuchs lie found its way from Georgia into Pelosi’s House “impeachment brief”,
and was even included in the House impeachment arguments.

Its crystal clear Nanzi colluded and conspired w/ Fuchs.....and others.

The entire Fuchs-generated press debacle was a vengeful jihad to “get Trump.”

All of it orchestrated by Nanzi.

12 posted on 03/17/2021 12:31:04 PM PDT by Liz (Our side has 8 trillion bullets; the other side doesn't know which bathroom to use. )
[ Post Reply | Private Reply | To 11 | View Replies]
To: All
Georgia Deputy Secy of State Jordan Fuchs was source of fake Trump quotes.
Fuchs was appointed by Secy of State Brad Raffensperger. 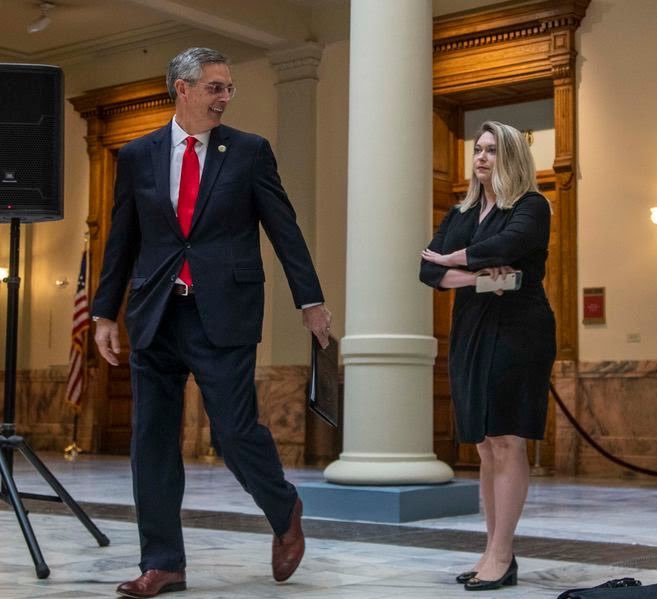 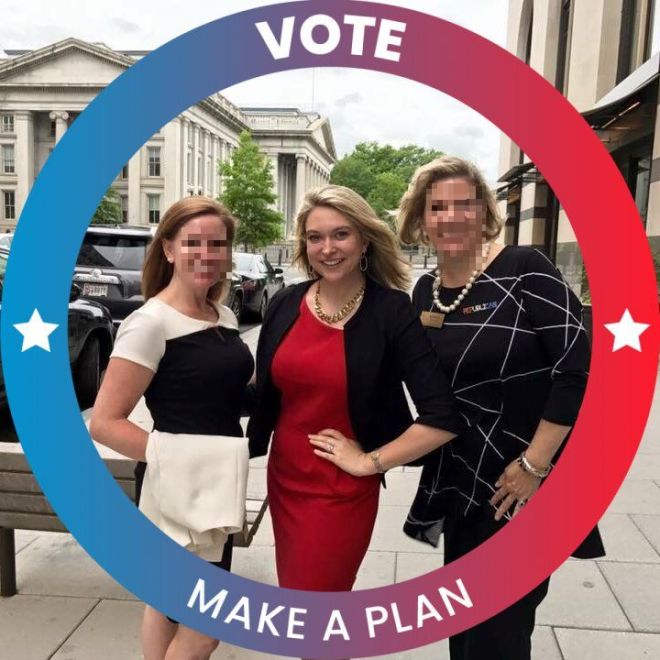 MEMO TO President Trump: time to sue Jordan Fuchs for everything she’s got.

Sue WaPo and every news outlet that claimed to confirm it. They pay enough they will learn or shut their doors.

EXCERPT Trump has repeatedly and baselessly questioned the Georgia results on Twitter, accusing both the secretary of state’s office and Republican Gov. Brian Kemp — a Trump loyalist who, unlike Raffensperger, did agree to be an honorary campaign co-chair — of coordinating with activist and former Democratic gubernatorial candidate Stacey Abrams to make Georgia’s elections less secure.

“The Consent Decree signed by the Georgia Secretary of State, with the approval of Governor \@BrianKempGA, at the urging of \@staceyabrams, makes it impossible to check & match signatures on ballots and envelopes, etc. They knew they were going to cheat. Must expose real signatures!” Trump tweeted over the weekend.

Nothing about the consent decree — which was aimed at addressing the disparity in signature matches among racial groups — prevents clerks from verifying signatures. Raffensperger said his office has repeatedly and publicly explained the process for signature matches, and he laughed at the idea that he would coordinate with Abrams, who has criticized his office over issues such as long lines at the polls in minority neighborhoods in prior elections.
Trump and the Republican legislators have pressed their allegations even as the National Republican Senatorial Committee has distributed talking points implicitly acknowledging that Biden won the election, according to an internal memo obtained by ProPublica. That message contrasts with what Trump, his campaign and his administration are telling supporters.

The memo was circulated last week among Georgia field staff, who are preparing for two runoff elections in January that will determine which party controls the upper chamber. It contains a series of “key” talking points directed at prospective voters. One says that the Democratic candidates, Raphael Warnock and Jon Ossoff, “are funded by out of state liberals because they’ll be a rubber stamp for their radical agenda to defund the police, open our borders, and pack the courts.” Another states that, should Warnock and Ossoff get elected, “Chuck Schumer and Nancy Pelosi will have the votes they need to transform our country into a socialist state.”

FUCHS LIED about Trump in order to facilitate Democrat CHEATING which resulted in a STOLEN election.

Jordan should be reminded about her rank duplicity.

You can fax free from https://faxzero.com/, just use a blind email address to keep from getting the SPAM they will send.

Amen. She lied thru her teeth. She should be fired. NOW.

We oughta waterboard the lying bish.....find out who she colluded with.

This and the trickle of cases where we finally see how WIDESPREAD the vote fraud was in the critical six states that *Bidet the White House resident STOLE.

Thanks for the ping; posts