FIRST OF ALL, I LIVE IN AN EST ZONE STATE, SO PLEASE FORGIVE NONSENSICAL POSTS AFTER 10PM.

"It’s possible to understand it (the horror of our times) when we truly internalize that, to the plotters and schemers, we are all useless eaters and they simply want to be rid of us. Their attempts to kill us will be indiscriminate and without any sentimentality about age or innocence. They’ve elevated themselves above us in the hierarchy of life and our presence on “their” planet offends them. To them, we are like an invasion of cockroaches that got out of control and now needs to be exterminated. They’re pathological narcissists and just don’t think like we do. I appreciate that it’s a hard reality to process."

One young devil asked the old man: “How did you manage to bring so many souls to hell?” The old devil answered: “I instilled fear in them!” Answers the youngster: “Great job! And what were they afraid of? Wars? Hunger?” Answers the man: “No, they were afraid of the disease!” For this youngster: “Does this mean they didn’t get sick? Are they not dead? There was no rescue for them?”

The old man answered: “but no . . . they got sick, died, and the rescue was there.” The young devil, surprised, answered: “Then I don’t understand???” The old man answered: “You know they believed the only thing they have to keep at any cost is their lives. They stopped hugging, greeting each other. They’ve moved away from each other. They gave up all social contacts and everything that was human! Later they ran out of money, lost their jobs, but that was their choice because they were afraid for their lives, that’s why they quit their jobs without even having bread. They believed blindly everything they heard and read in the papers. They gave up their freedoms, they didn’t leave their own homes literally anywhere. They stopped visiting family and friends. The world turned into such a concentration camp, without forcing them into captivity. They accepted everything!!! Just to live at least one more miserable day . . . And so living, they died every day!!! And that’s how it was very easy for me to take their miserable souls to hell.....

--Above is a quotation misattributed to C.S. Lewis and The Screwtape Letters but is it not apt anyway? True author unknown.

But all the "public service" ad pitches for masks, isolation, etc. are that if somebody else gets "the virus," it’s your fault. Children particularly are made to feel like radioactive waste, and to regard everybody else - especially all other children - as equal threats. They will indeed have a sense of diminished self-worth all of their lives. Especially for breaking out and doing normal kid things like laughing, jumping around - in other words, innocent fun and human expression. That won’t permitted in our future Marxist paradise.

--Above is from Livius, a Freeper

"In my study of communist societies, I came to the conclusion that the purpose of communist propaganda was not to persuade or convince, not to inform, but to humiliate; and therefore, the less it corresponded to reality the better. When people are forced to remain silent when they are being told the most obvious lies, or even worse when they are forced to repeat the lies themselves, they lose once and for all their sense of probity. To assent to obvious lies is in some small way to become evil oneself. One's standing to resist anything is thus eroded, and even destroyed. A society of emasculated liars is easy to control. I think if you examine political correctness, it has the same effect and is intended to."

-- Above is from Theodore Dalrymple

Twitter by @PlumRemson: "Faucism: A system of public health crony capitalism marked by centralization of authority under a dictatorial bureaucracy subject to stringent pharma industry controls, media suppression of opposition & typically a policy of enforcing definitions of "problem" and "solution"."

"The world is the not world we have been brought up to believe it is. When someone first realizes this, they feel like a crazy person. Cognitive dissonance does that. Trying to tell others becomes an exercise is experiencing rejection, because: CRAY-CRAY. Most of us have been red-pilled over time. We've had time to get used to this concept and we develop filters. Trouble is, as time goes on, you need more and more filters because _everything_ has been corrupted, turned inside out and is being hourly used against us. Voicing that used to get you considered seriously for a mental health intervention. The past 4 years and especially the past 9 months has not only accelerated the red-pilling, it has exponentially increased the number of the awakened (as opposed to the *woke*). The 1st reaction is stunned shock. Next comes depression, because what can one person do? There is a period of accommodation, until people realize that accommodation results in escalation. So, now the masks are off (pun unintended). The manipulators are so confident, they aren't hiding any more. The jackboot descends and people divide between terror and fury. The terrified cower. The furious resist. There's little hope for the traumatized. Protect &/or save whom you can. The real choice is how will any individual resist.

--Above is courtesy of ReformedLiberal here on FR 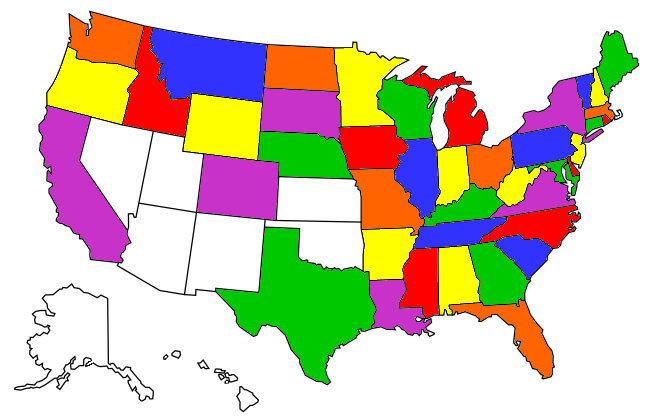 ---Above from Maggim, a commenter on the American Thinker piece "The Chinese Virus: Why We Panicked and Why We've Got to End the Panic Now" 10.17.20

People are caught up in life, getting by. They don’t think about the philosophical meanings, motivations, consequences... What are we eating tonight, how do we stay warm in winter, how do I keep my kid safe and wife happy? The power of conforming and belonging to a group is immense. Think about it, people will fly planes into ships. They will starve themselves to death in a society where the trashcans are stuffed with food because they have a self-image where they are fat. We want to be accepted, and if the group says you should be a racist or today have white guilt, nationalist or today globalist, gay bash or today be an advocate for gays... people say and do what they think others want them to do. Society ends up creating carrots and sticks. There is ALWAYS some sort of reward system and punishment created if you play along or decide not to play along (to varying degrees). Example: What happens if you don’t follow Covid rules and keep your store open, go to a beach that is closed, don’t wear a mask, own a gym and keep the pool open??? Did closing pools and beaches make any logical sense? Do masks really work? Is Covid actually spread in restaurants? But if you refuse to play along, can you even get on a plane? So called “science,” prominent individuals (role models), politicians, even those teaching right and wrong end up pushing the agenda. There was “science” behind racism, just like their is science telling us to today that there are no differences between the races or sexes. There were ethics even morals behind racism (unequally yoked and many other ideas), just like today there are ethical ideas against racism. There are prominent leaders, artists and role models that are for nationalism (Norman Rockwell), just like there are prominent individuals, role models, music, movies, literature, today telling us how great globalization is. Science tends to tell us whatever we want to believe. Ethics justify whatever we want to do. These prominent role models and leaders simply read from the vents of time and ride atop of these social movements for their own fame and fortune. It’s hard not to get caught up in whatever the bullshit “flavor of the day” is.

-- Above is from Freeper Red6 on "I Now Better Understand the 'Good German'" https://freerepublic.com/focus/f-news/3921611/posts